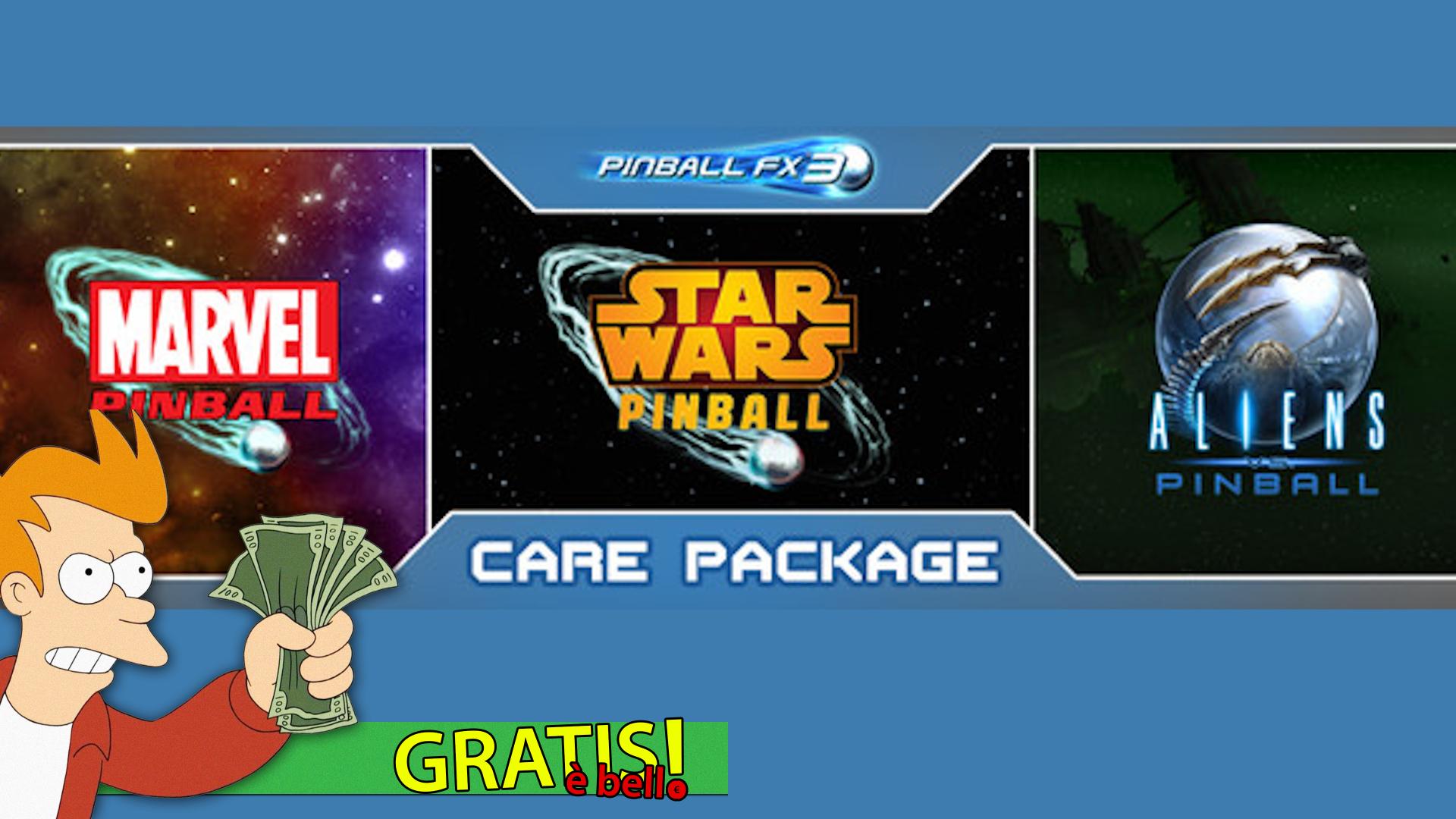 The pinball probably represents the true essence of the video game, of which perhaps it is also the precursor. Over the years, the most disparate types have been launched on the digital market, often under license. In these hours it is possible get a free copy of Pinball FX3 with its packages dedicated to Star Wars, Marvel and Aliens. Here is the detail of the scoreboards included in the version in question:

Star Wars allows you to relive the greatest moments of the LucasArts universe on a set of brand new pinball tables!

• In Star Wars: Episode V The Empire Strikes Back, lead the Rebellion with Luke Skywalker, Han Solo, Chewbacca, Princess Leia, Lando Calrissian, R2-D2 and C-3PO to defeat Darth Vader and the evil Emperor.
• In The Clone Wars, join Anakin Skywalker and Ahsoka Tano as they battle the most dangerous Sith in the galaxy.
• On the Boba Fett table, the player takes on the role of the most feared bounty hunter in the Star Wars galaxy, working for sinister clients such as Darth Vader and Jabba the Hutt.

• Captain America and Iron Man - take on two different game modes by siding with one of the two heroes in Civil War.
• Deadpoooool - said Nuff! What? Do you want more? Well, it has hits, booms, a rock soundtrack and of course Deadpool.
Venom forms an unlikely alliance with its arch-enemy Spider-Man to defeat Carnage.

• Join Ellen Ripley as she confronts the Alien Queen and helps the Colonial Marines clear the LV-426 infestation.
• Help Amanda Ripley survive in the dangerous halls of Sevastopol station as she escapes a ruthless Xenomorph.
• Defeat Xenomorphs, climb the ranks of Yautja society and choose your allies wisely.
• Listen to original voice-overs and sound effects extracted directly from the ALIEN franchise.

To get your copy just connect to official page dedicated to Pinball FX3 Care Package of the Steam store.

Gian Luca Cama - January 14 2021
Capcom has announced that it has organized a special event dedicated to Resident Evil. The showcase in the form of a digital conference will be broadcast on ...