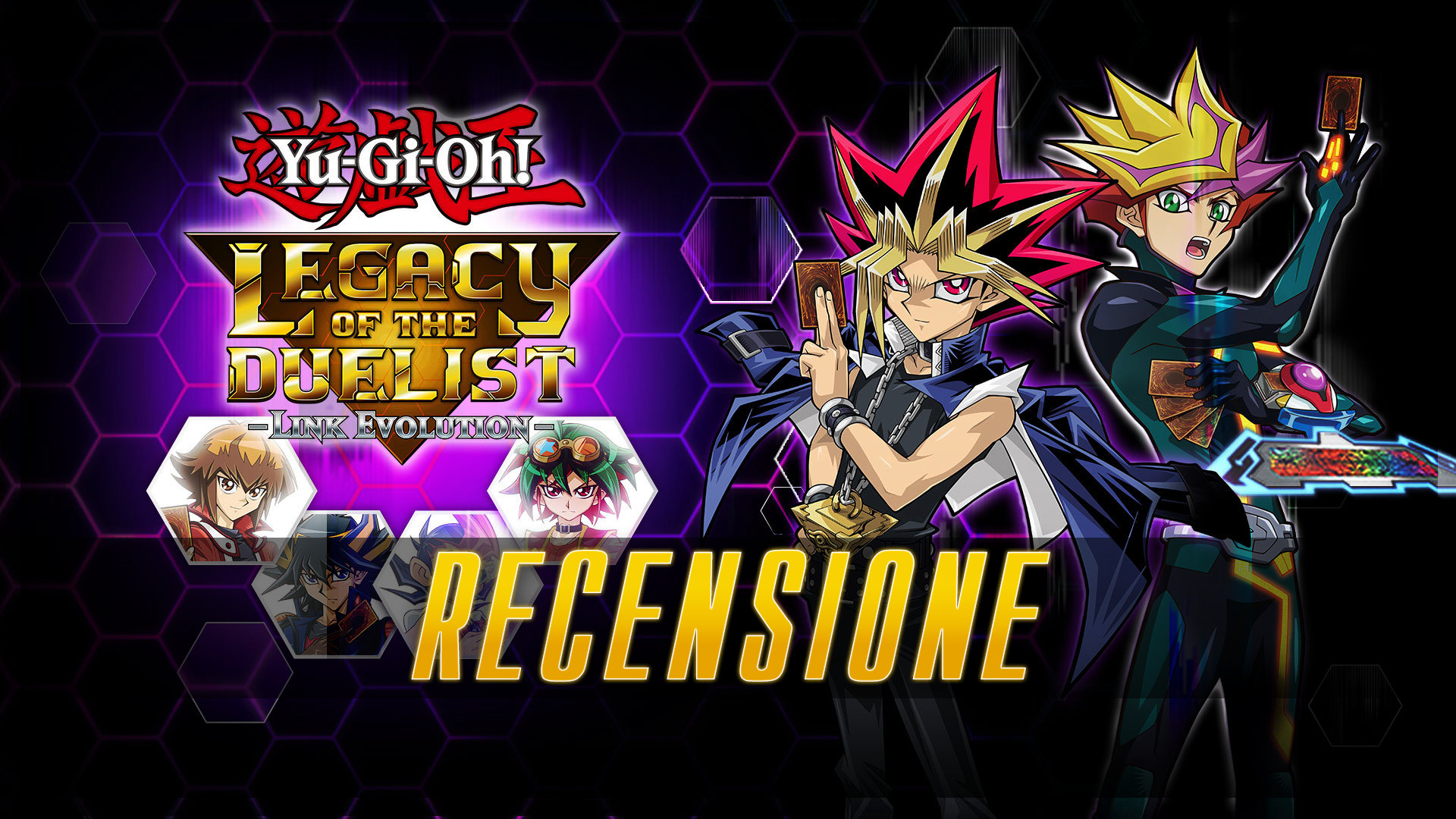 After a first release occurred last August for Nintendo Switch, Konami returns to propose to duelists all over the world a new exclusively digital edition of Yu-Gi-Oh! Legacy of the Duelist: Link Evolution. It does this not only by finally publishing the game on all other platforms (PC, PlayStation 4 and Xbox One) but in a substantial way, adding content and radically updating the rules of one of the most important and popular trading card games in the world. 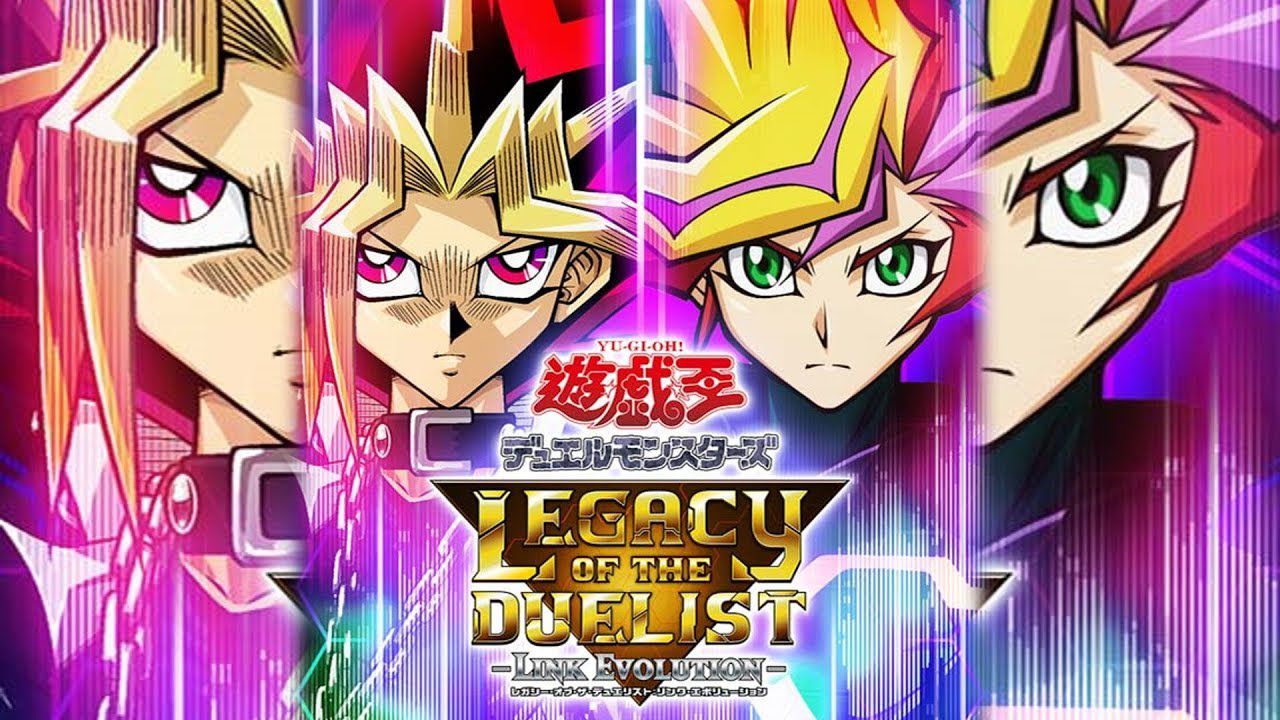 Indeed, the most important innovations of Link Evolution are beyond doubt 900 new cards from the VRAINS series added compared to the previous version, making the number of cards available in the title reach more than 10.000, and in fact making the latter the digital transposition more complete and updated never made for a video game dedicated to Yu-Gi-Oh !.

If in fact the previous release stopped at just three duels and only one Booster Pack for the last saga of the anime, VRAINS in fact, the new edition completes the entire narrative arc in question, including key characters in the story such as Varis, Emma and Lightning, and also adding new archetypes widely used in competitive gaming such as the notorious monsters "Salamangreat". 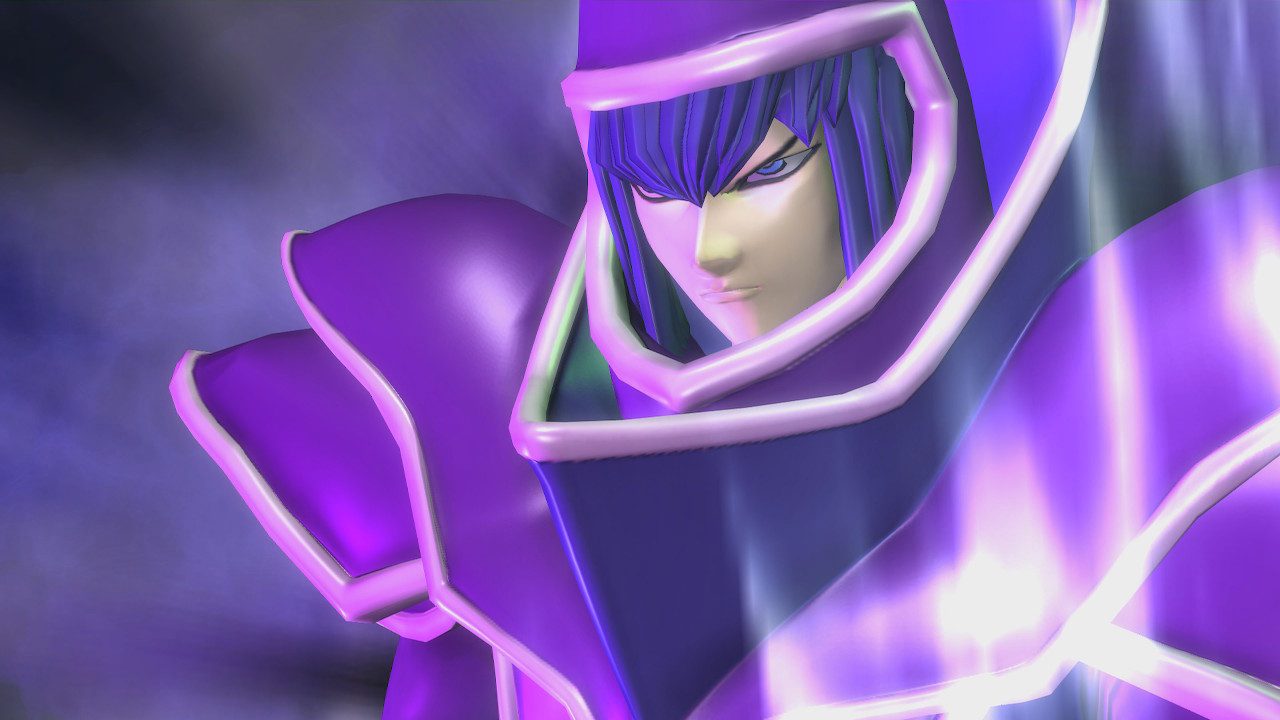 The news, however, does not stop there, since the video game in addition to having all the DLC content released so far, also implements an important and highly anticipated update to the rules of the game, ahead even the TCG in this situation. In Yu-Gi-Oh! Legacy of the Duelist: Link Evolution is in fact introduced in world preview the very important Master Rule 5, which will be in effect for the physical card game starting next first of April, and that will likely change the whole TCG metagame. In summary this new rule allows the two players to specially summon monsters from the Extra Deck, whether they are Mergers, XYZ or Synchro, even in the Main Monster areas, and no longer only in the single Extra monster zone or in those targeted by Link monsters. Obviously the limitation remains for the aforementioned links, which must instead continue to follow the rules currently in force. The Master Rule 5 therefore also allows those archetypes that do not make excessive use of the Link monsters, such as the decks focused on Synchro (Junk for example) or mergers (Hero, just to name one) to have faster gameplay, and not limited to the single Extra monster zone. 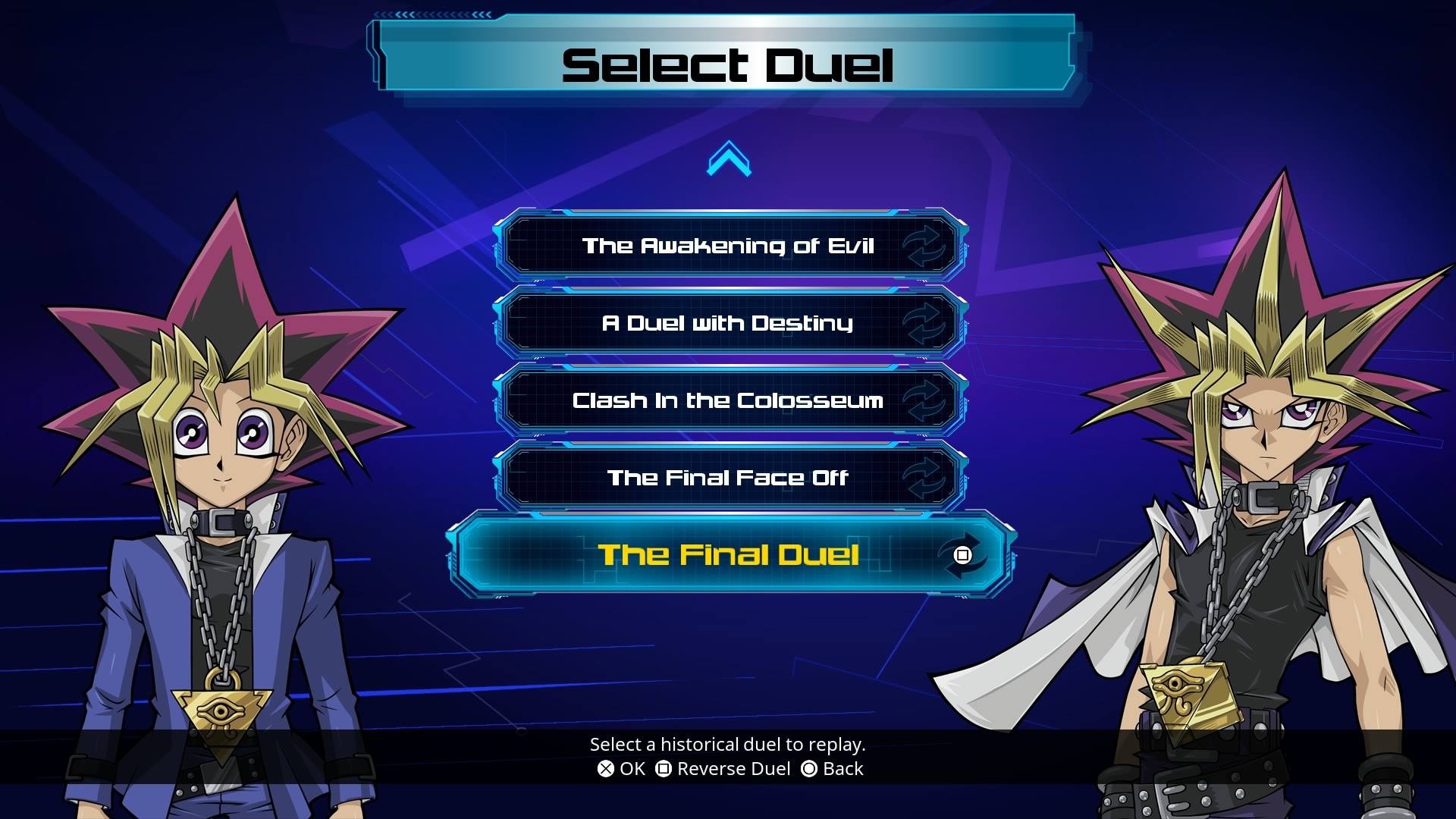 Putting aside the innovations introduced in this new release of the title, the main structure of the game has remained almost intact. The mode Countryside it allows us to relive the different sagas that make up the homonymous parts of the anime (Yu-Gi-Oh !, GX, 5D's, Zexal, ARC-V and VRAINS), through the most important duels of the plot, which can be tackled both with a Deck History, or the preset one corresponding to our character, or even with a User Deck, freely customizable in deck customization.

My advice in this case is always to use the Story Deck made available at that specific moment of the plot. Although in fact these decks reflect those of the anime and therefore maybe they are not optimized for competitive gaming, by tackling the CPU with these "non meta" decks you can create really interesting games and often even relatively difficult, since both decks are calibrated to a very similar power level. If, on the other hand, you are the type of player who wants to "rushare" the Campaign, that is, run it to immediately unlock all the packages and cards, then you can also safely use a more competitive Deck to asphalt in a few turns all the opponents who will appear to you front. Sure, this is a faster method, but are you sure it is also the most fun? 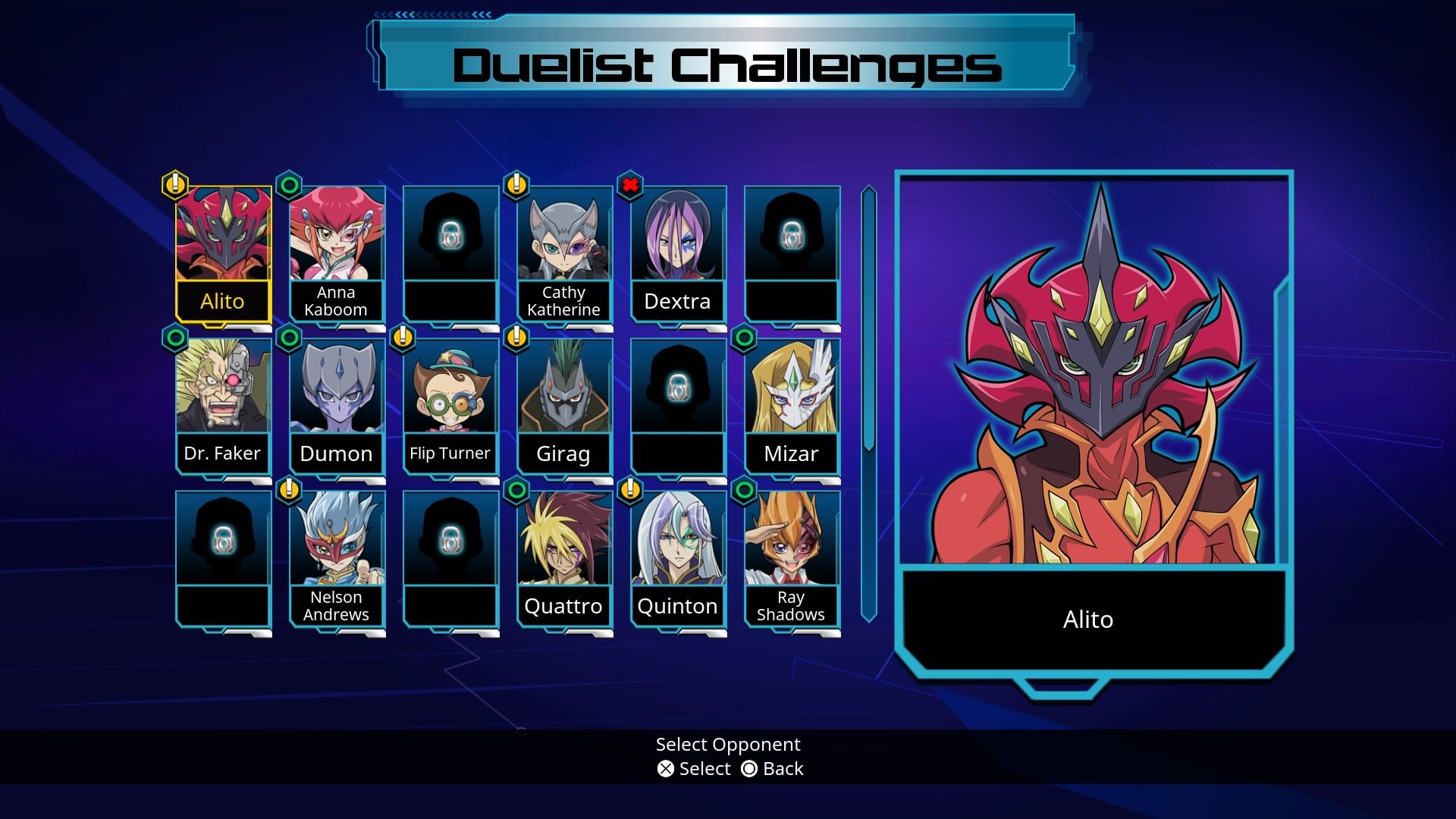 The methods for unlocking new cards have also remained essentially unchanged in this new version of Yu-Gi-Oh! Legacy of the Duelist: Link Evolution. In addition to the classic Booster Packs, in fact, to obtain cards relating to a specific archetype, the Duelist challenges can be faced after defeating the relative character in the Singleplayer Campaign. However, these duels are much more difficult than those of history, and therefore cannot be tackled immediately. Soulburner for example, it does not have a deck Salamangreat "Scrauso" of the anime with which it is faced in the Campaign, but in this mode it has a real complete and competitive deck, almost like a tournament. Before facing these Challenges, the advice is therefore to end as many strings as possible in history, in order to accumulate money to spend on the Booster Packs that allow us to build at least a hint of a decent deck, such as not to be brutally crushed by the CPU in the Dueling Challenges.

Also in this new edition are the challenges in the "Limited" format of the Battle Pack, which can be faced in the two formats Sealed e Draft, a valid alternative also for the single player compared to the Campaign and Dueling Challenges. The title also presents the possibility of playing in multiplayer mode, both with our friends in friends list, both facing random opponents online, dividing the queues into normal or ranked games, dedicated to the most competitive players. 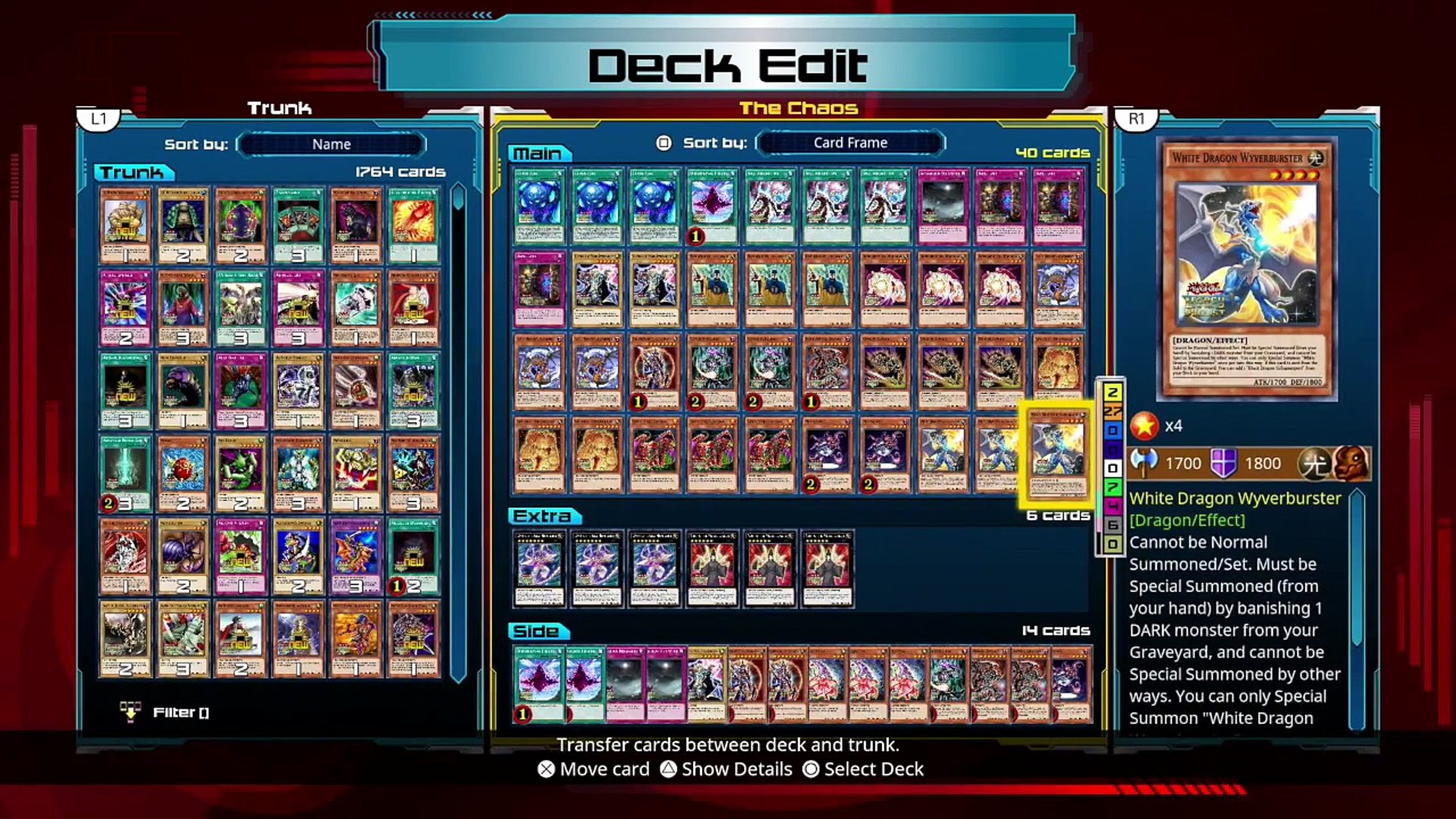 However, if all the main features contained in the previous release of the game are also back, the ones that are i are also back main flaws di Yu-Gi-Oh! Legacy of the Duelist: Link Evolution. Among these in the first place the editor of bouquets, confusing and with a decidedly inadequate HUD to manage the huge number of cards in the game. If, in fact, the Nintendo Switch version of Link Evolution tried to work around the chaotic editor with the facilities offered by touch screen, in this version, since it is not possible to navigate between the filters and the pages of cards with speed, everything becomes even more frustrating. To this must be added the difficulty in finding specific cards that for example we are missing in multiple copies to end a certain Deck. The Booster Packs in fact do not offer protection from duplicates, and therefore finding a certain copy of a card is often difficult and forces the player to open hundreds and hundreds of packages of the same type. The same thing also applies to Duelist Challenges, which do not allow you to choose the specific cards to win, and therefore must be repeated over and over again if we want to unlock a specific card in 3x. 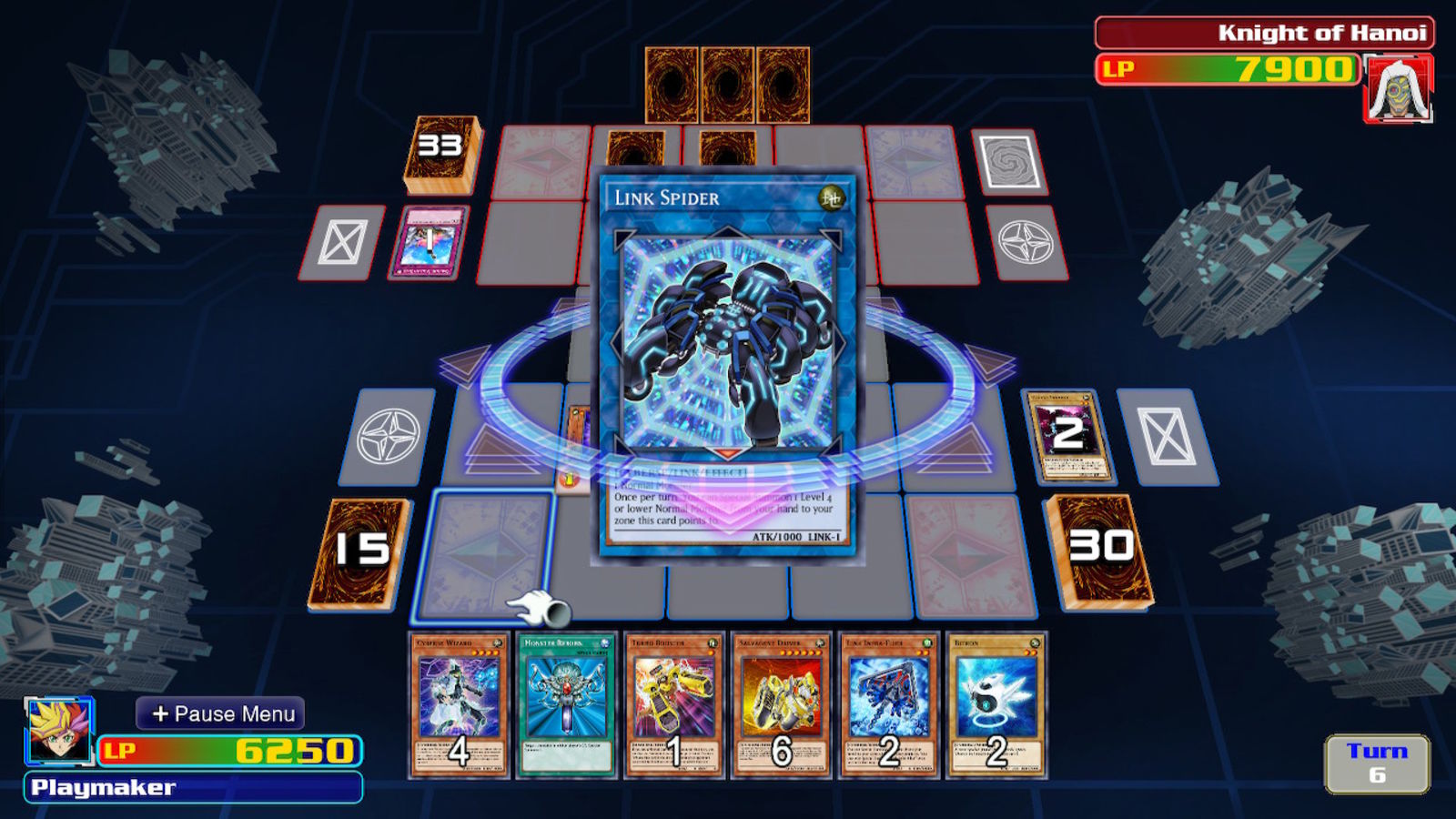 In conclusion, although the title continues to show the obvious defects also present in the Nintendo Switch version, Yu-Gi-Oh! Legacy of the Duelist: Link Evolution remains the best and most complete digital transposition for a video game dedicated to the TCG by Kazuki Takahashi. The introduction of the newest cards and the Master Rule 5 they also make this new edition of Legacy of the Duelist a more than satisfying experience for even the closest players of Yu-Gi-Oh !. Konami however did not want to disdain even the newest players, or those who choose to approach the TCG after a long time, thanks to the large number of tutorials and explanations that introduce old and new mechanics to all types of players.

For all fans of the card game, whether they are more or less competitive, the title is therefore an experience not to be missed, and since in these gray quarantine days it is not possible to meet with friends in the comics shop or in specialized stores for some paper challenges, Yu-Gi-Oh! Legacy of the Duelist: Link Evolution it is definitely a valid alternative not to give up some matches, even if only online, with your group of duelists.

Borderlands 3: the level cap will increase