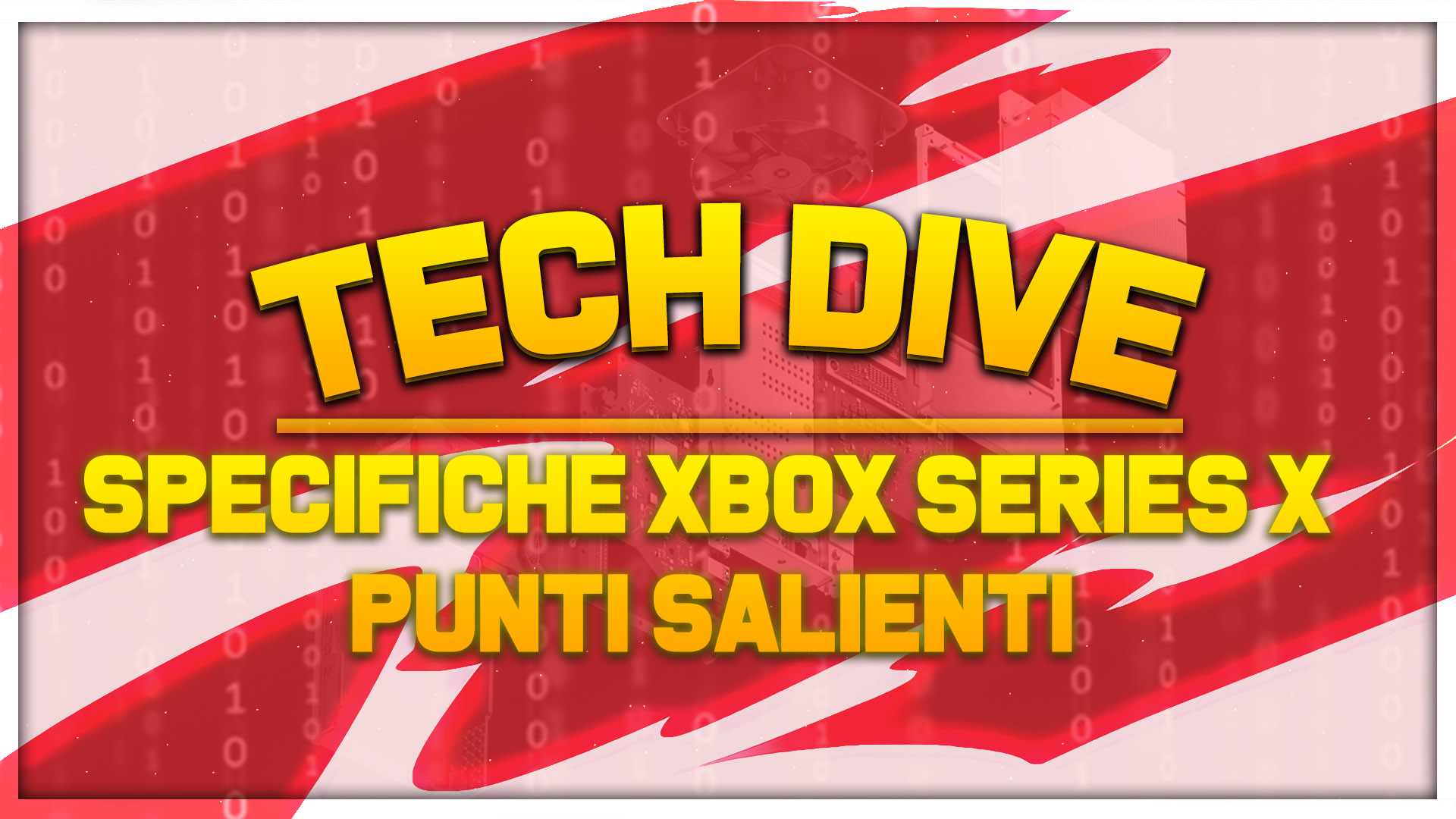 Very little time has passed from the first details revealed by Microsoft on its new flagship console: Xbox Series X. Today we know "everything you need to know" to give us an adequate opinion on the technological innovations that this generation of consoles will bring to the world of gaming, allowing developers to have numerous new possibilities to create ever more intriguing and immersive worlds.

As it was for Xbox One X, Microsoft chooses the Digital Foundry team to dissect all the technical information, taking advantage of their experience in videogame technological communication. Their original article it's very long and complex and my role is to skim it, going to dwell on the points that I consider among the most interesting.

The first surprise is in the processor specifications. Everyone expected the use of an octacore, but few would have aimed at clock speeds of 3.8Ghz. In the console field it is really a lot, considering that the previous generation barely reached 2Ghz, on an architecture already slower by 60-70%. But the real curiosity is in how these 8 processors are usable by the developers. One of these cores will be dedicated to the operating system, reducing the maximum number of cores usable for games to 7, but it will be possible to enable SMT, to obtain 7 additional virtual threads. Doing this will lower the clock frequency to 3.6Ghz, but will allow you to better exploit the cores in applications based more on parallel computing.

The use of the mode with only 7 threads has been designed to improve compatibility with current engines, since they are now optimized for 7 threads after years of work on Playstation 4 and Xbox One. But I'm very curious where the use of 14 total threads for gaming will take us, perhaps going to implement the new physical engines based on finite element calculations, normally used in engineering work solvers, presented by Epic, Nvidia ed AMD in the last months. Physical simulation in video games is still a lacking element and seeing him make a significant leap with this new generation is one of my dreams.

The other very interesting aspect that emerged from this reveal is memory configuration. There will be 16GB of total GDDR6 memory, but they are not all the same. Microsoft has opted for a division of labor within its memory pool, in a way not quite unlike how RAM and VRAM are divided on a PC, but with the necessary differences. 10 of these 16GB will operate at the speed of 560GB / s, a very high speed and with a quantity that satisfies the needs of 4k games with high quality textures and the presence of structures for Ray Tracing. The other 6 GB instead will work "only" at 336 GB / s, although 2,5 GB of this slower partition will be reserved for the operating system. This is where all less important or less bandwidth data will reside. In fact, one of the weaknesses of the Xbox One and PS4 chips was the following: as the CPU had to work harder, the total bandwidth of the system memory began to decrease, causing the performance of the GPU to deteriorate too. In Xbox Series X, on the other hand, you can divide the tasks at best, making sure that the CPU and GPU don't step on your feet. I find it an excellent solution to try to optimize the system also with a view to overall costs.

As for the graphic part, we learn two important news. Among the many weaknesses of AMD architectures was the inability to process a quantity of polygons per work cycle. This was the reason why in the console generation that is about to end, the graphic complexity of the games has moved to other shores. RDNA improved the situation a little, while still remaining below the competition, but support for the Xbox Series X has been made official Mesh Shading, or the ability to manage the occlusion and the call to drawing objects on the GPU instead of the CPU, using a new sequence of instructions that will allow a significant increase in the detail of a game world by eliminating many of the old bottlenecks if well implemented.

The second very important point is the desire to implement new optimized computing units to process other types of data in addition to the classic 32-bit floating point values. Now there will be on Xbox Series X dedicated units to INT8 and INT4 calculations, much used in calculations of machine learning and AI, so we could see some advanced image manipulation algorithm, or who knows what other special techniques that developers can bring to light, now that this potential will become the basis of the new generation.

Finally we had information on what makes the SSD that will mount the new Microsoft machine special. The absolute speed of the SSD is just 2,4GB / s, numbers exceeded very well by the discs available for some years on PC, but thanks to a chipset dedicated to compression and decompression data, you can move about 4.8 GB / s of real data. Honestly impressive, as this would be enough to fill the console's 16GB of ram in just 3 seconds, bringing game loads to very low values. This technology is also the basis of the pause and instant resume functionality of a game, since the status is saved from RAM to the SSD in a very short time in order to be resumed from the same point.

The ability of the system to indicate SSD memory as virtual memory will also be of great benefit in all these scenarios.

In short, if there is one thing that you understand from this roundup of information is that Microsoft spared no expense to engineer the Xbox Series X and it seems that it will be transformative on all fronts. Who knows how much this good thing will cost: consider that we are talking about components that if you try to assemble in a PC, you can easily get to € 1500, then either Microsoft has managed to snatch fabulous prices, or will place it at a very price high, favoring the still mysterious miniature version, or he will sell it at a loss, conscious of making up for it with his service proposals.

Piermatteo Bruno - April 4 2020
The Saints Row series, particularly the third chapter, could return through a Remastered release on PC, PS4 and Xbox One. It would seem that ...
Cinema

Marvel, revealed the new releases of Black Widow and the others ...

Nicolae Locatelli - April 4 2020
Marvel Studios have decided to postpone the release of all the films of phase 4. Among these, also the now ready Black Widow. Because...