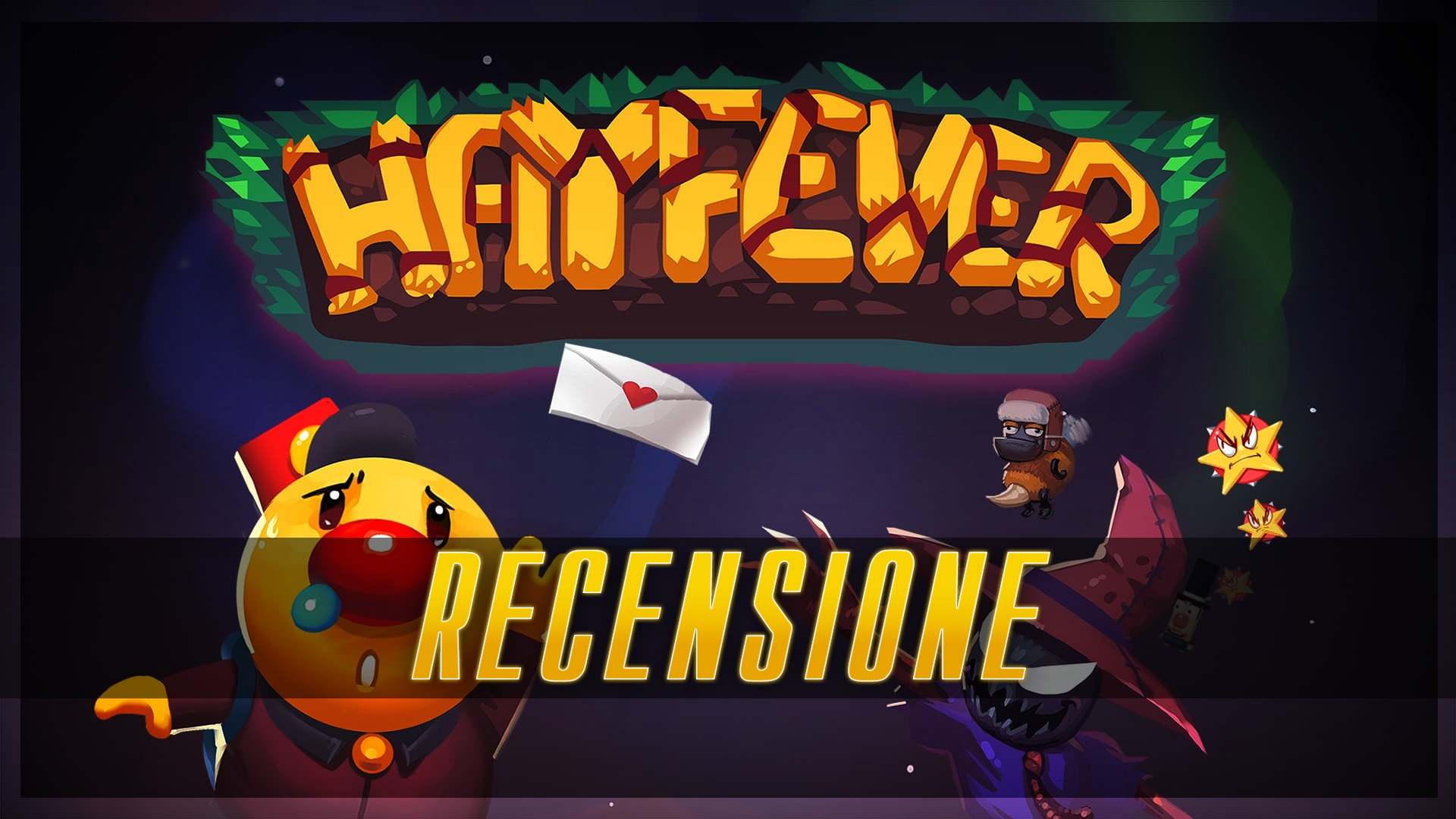 You know, go around and to sneeze during these days there are two activities that are not seen particularly favorably, due to the difficult situation we are experiencing. I'm sure though, if I told you it's exactly what we have to do in Hayfever, the situation would certainly change, and indeed you could not help but appreciate the imagination that many creatives, like the guys who developed it, manage to instill in their projects. We are in fact talking about an independent title developed by Pixadome, and available on PlayStation 4, Xbox One, Nintendo Switch and PC.

In Hayfever we play Thomas, a postman whose job is, predictably, to deliver letters. All with a particularity: our protagonist suffers from one severe allergy, which leads him to sneeze continuously and, consequently, to move in a bizarre and unpredictable way. And it really is sneeze him our main power, which allows us to move from one part of the scenario to the other and make the most unthinkable movements. Without a doubt, this is a very original premise, which manages to support the entire scaffolding on which the game rests: simple, but at the same time nice and functional. Thomas, due to a strong sneeze, lost all the letters he carried with him. Strengthened by his sense of duty, he must therefore strive to recover them all and not infuriate his superior. Obviously it is up to us to help him, and after this simple premise we find ourselves catapulted into the game world. 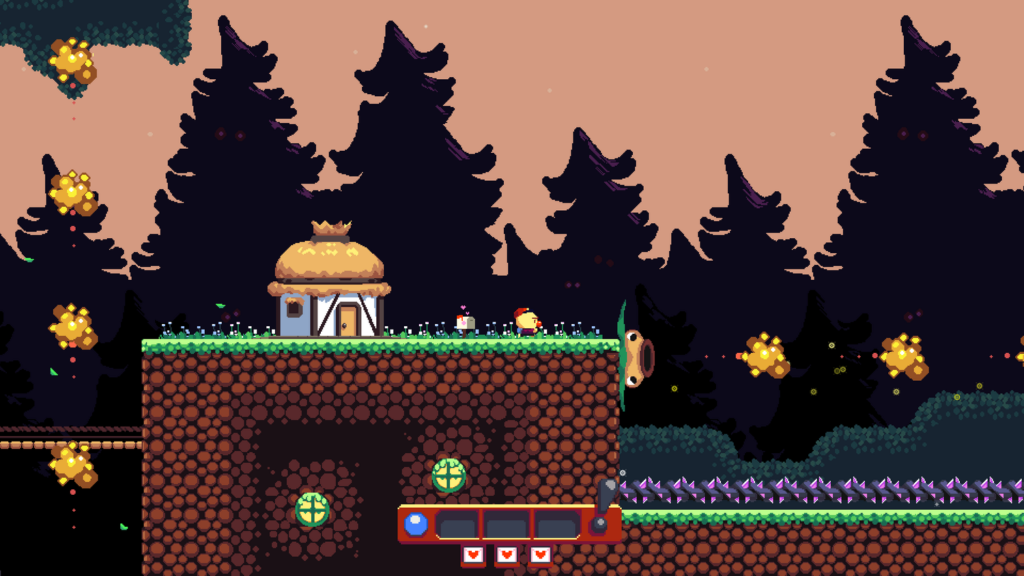 A jump from here, a sneeze from there

Hayfever looks like a classic platform 2D, structured in different stages that we have to go through in order to access the next one. The game levels are littered with various checkpoint to remain on the subject, represented by post office boxes. These are generally located after not quite simple phases, to allow us to catch our breath and rearrange our thoughts. The gameplay really is intuitive and functional: we can use the directional arrows to move and a special button for to sneeze. By doing this we are able to broaden the distance covered by our jumps, and by collecting certain yellow spheres you can increase the power of the sneeze. However, we must be careful not to exceed the maximum power. If so, Thomas sneezes automatically, without giving us time to direct the movement and therefore facing a probable game-over. In general during game sessions we must always pay particular attention to direction that we want to give to Thomas's movements, using the directional arrows that in this way acquire one double utilityIn fact, they are not only used to move us, but also to better orientate our jumps. This is especially useful while we're in the air: during these moments it is essential to calibrate the power and direction of the jump in order not to fall and reach your destination. Useful in this context are spheres and red arrows: the former cause Thomas to sneeze automatically in any direction of our choice, while the latter direct the character in the direction indicated by them. So it's up to us players exploit environmental resources available to direct us to the best. At first you may have some doubts or difficulties, but once you have taken your hand, everything is revealed stimulant e funny, I assure you. 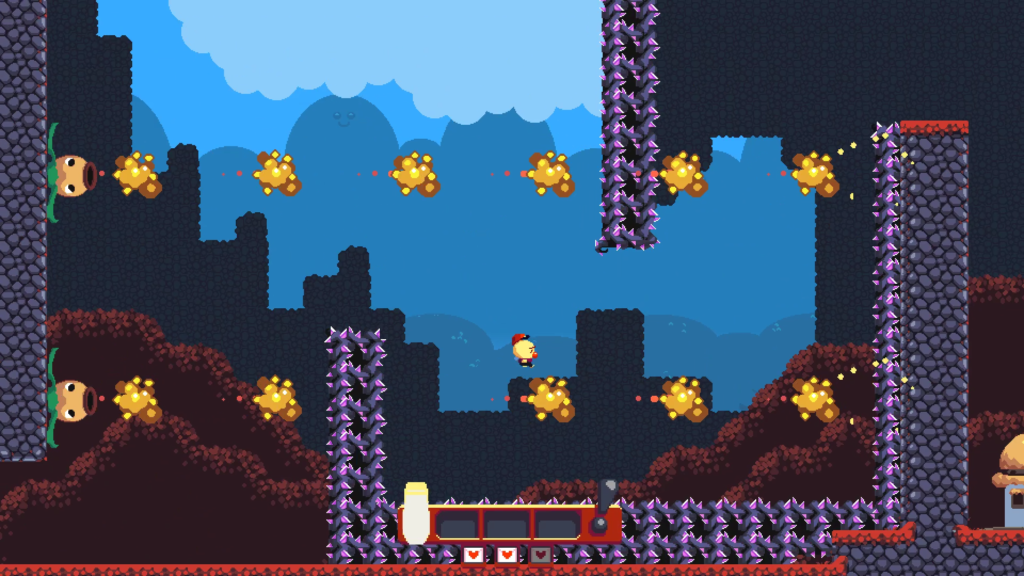 Despite an initial part enough soft and delicate that allows us to become familiar with the controls and game mechanics, Hayfever should not be taken lightly. The title in fact, if on the one hand presents a decidedly gradual learning curve - and this is a great merit for developers - on the other hand, the stages that our postman Thomas has to face are progressively more complex e structured. Especially if, like any good self-respecting completist, you decide to collect the three letters in each level. A similar mechanic, in a game of this genre, certainly represents an additional challenge really appreciated. It goes without saying that the structures of the various stages vary as the adventure progresses, and they reach levels that can be put into effect to the test our strong nerves and, above all, our reflexes. However, without the proposed challenge proving ever frustrating or particularly punitive. Obviously making a mistake weighs, but you soon realize that improving and being more reactive depends only with us, and the sense of satisfaction that comes with it it's really worth to be experienced on the skin of each of us. Without forgetting the boss-fight, four in all: one for each season in which the game calendar is divided. These are really well cared for, and each requires one different strategy to complete better. The developers have therefore decided to reward, once again, the elasticity of approach, the attitude to change and responsiveness. 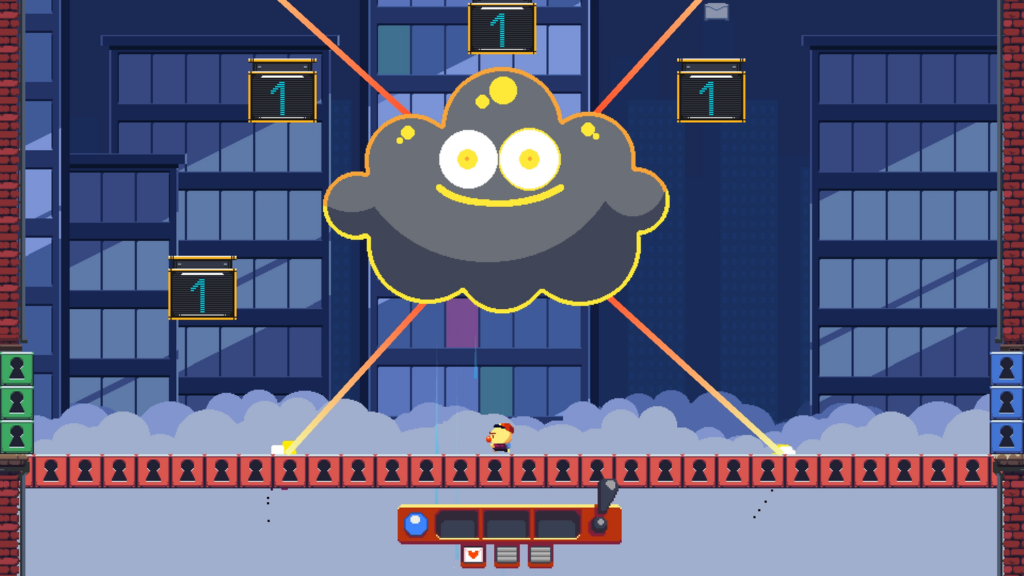 Deliver letters with grace and style

Graphically Hayfever is truly one piacevole sorpresa. The style proposed in pixel art it is undoubtedly graceful and perfectly suited to the light-hearted context in which the title is inserted. A technique perhaps all too used by many game developers of this type, but which in this specific case does not clash and indeed, fits perfectly. Given the genre and features, the title is not at all demanding from the point of view of the requirements and, speaking of the PC version, it runs quietly and without any kind of problem even on not particularly performing equipment. So do not be afraid to encounter drops in performance or lag of any kind, because there is not even a shadow of them. A simple, catchy and soundtrack is the background to our raids through the various stages really spot on. Musical accompaniment makes our (dis) adventures a pleasure to experience and face. Overall, the result is a pleasant, fun and certainly capable experience let time fly. 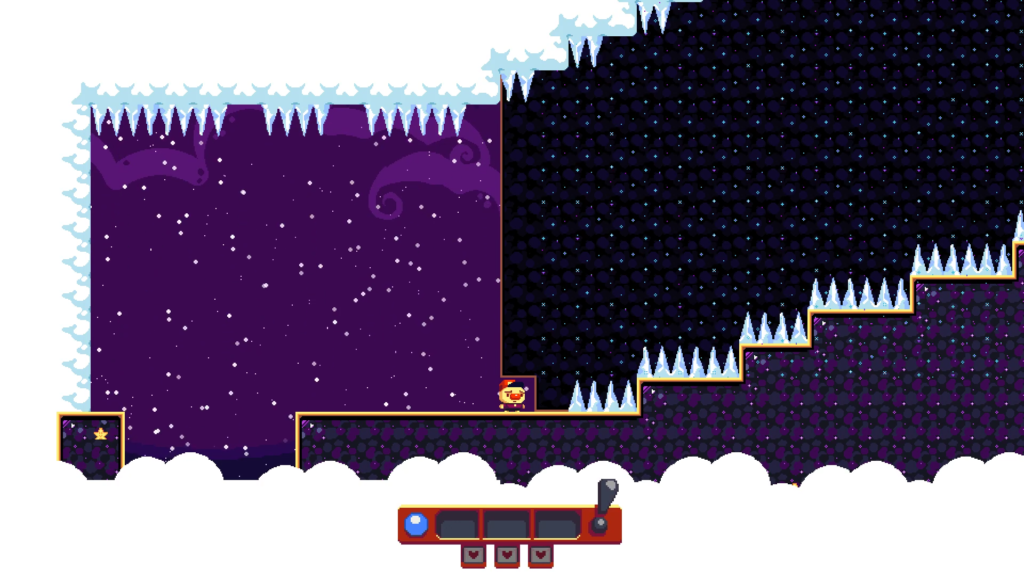 A game to try

All in all, Hayfever is a title to try at least once. On balance, a game that is not taken too seriously, and for this really suitable everyone. It also represents the ideal experience both to pass the time and to test reflexes and strong nerves. We are certainly not talking about a masterpiece, but about an independent title that, in its small way, you don't spare and indeed it constitutes a challenge definitely valid and demanding. You really have no excuse for not installing it, especially during these days of collective self-isolation. So arm yourself with handkerchiefs and get ready to develop your reaction times. If you want to help Thomas, this is the right opportunity.

If you are interested in playing Hayfever, you can buy it on the official page of the game directly from this link.

Di Sarno Raffaele - August 2 2021
In the past few hours Eric Baptizat, historic Ubisoft game director who has worked for the French company for the last 16 years, has revealed through the ...
News

Final Fantasy VII Remake, a trailer may have confirmed the version ...