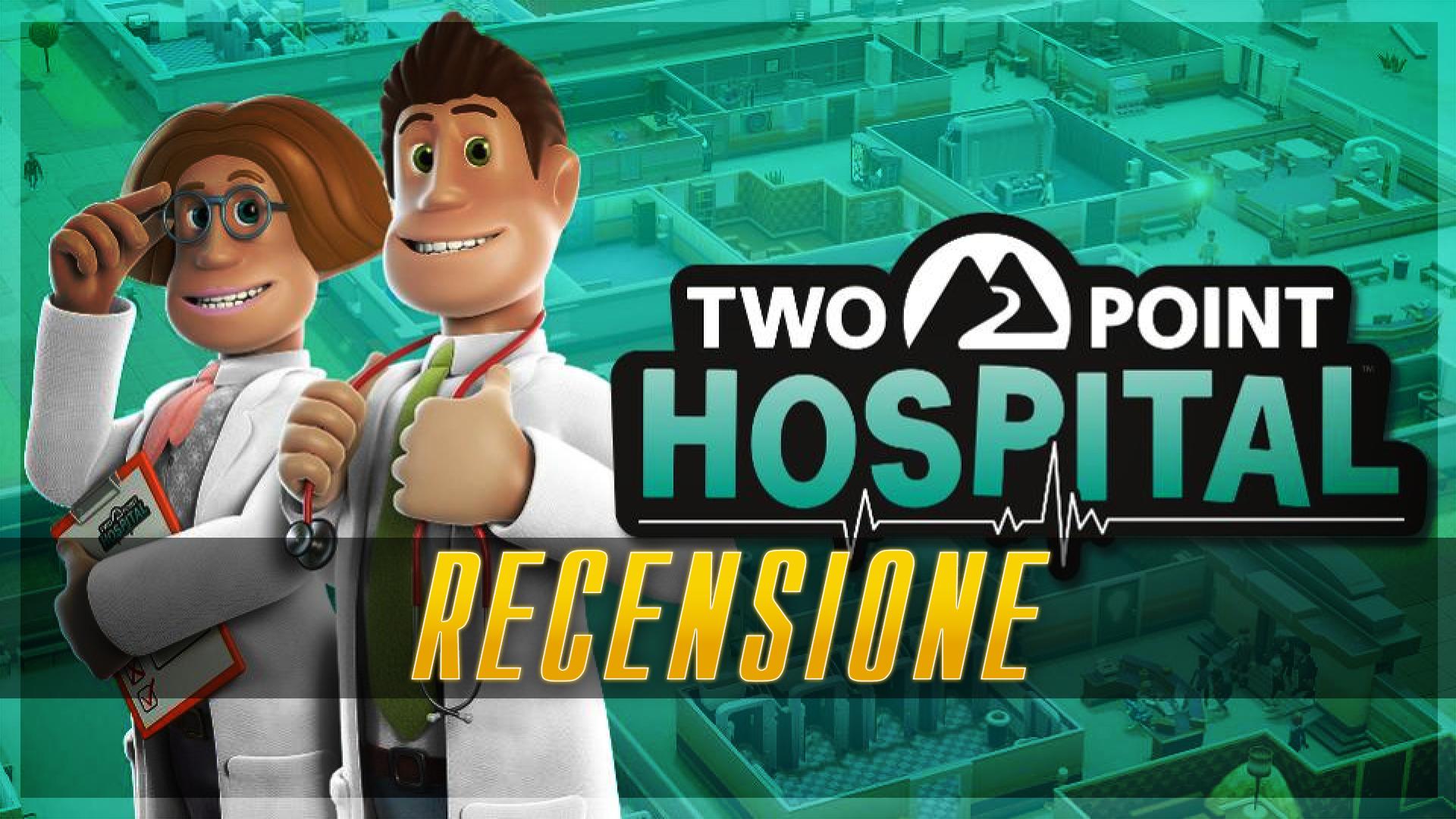 To talk in depth about Two Point Hospital, one must first go back in time to discover its origins.

It is 1997 and the Bullfrog Production by Peter Molyneux is a successful software house in the strategic and management field: stocks like Theme Park or the series Populous they are among the milestones of the genre and their success is so vast that EA decides to acquire the study in the mid-90s. It is in this frame that it is born Theme Hospital.

From the playground we move on to the management of a hospital, with intuitive but profound gameplay, a good variety of situations and an iconic style. It is a success: Theme Hospital is a masterpiece and will be remembered over the years like the best medical sim ever, also thanks to the pungent irony that characterizes its tones. In the following years, Bullfrog will meet the closure (fate shared by many studies ended up in the hands of EA) and, from its ashes, those will be born Lionhead Studios responsible for the Fable saga until their dissolution, in 2016. 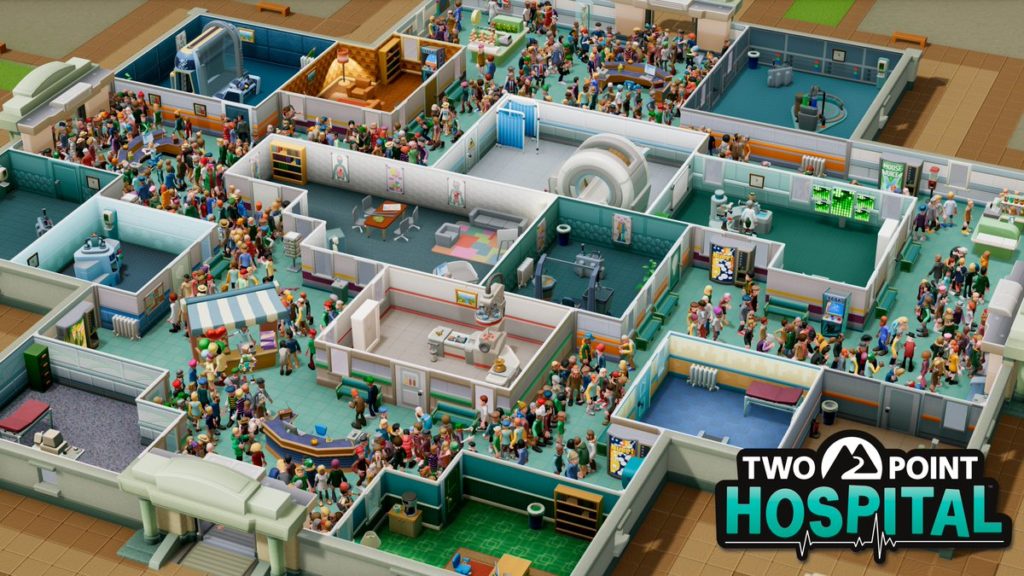 And it is at this point that Mark Webley e Gary Carr, present throughout the life cycle of the two software houses, decide that the time has come to realize a dream that has remained closed in the drawer for almost twenty years: finally giving a follow up to Theme Hospital. It is with these assumptions that it is born Two Point Studios that after many unsuccessful attempts in previous years (one of these, ER Tycoon, will never find a publisher) by closing a publishing agreement with SEGA, manages to give life to Two Point Hospital. 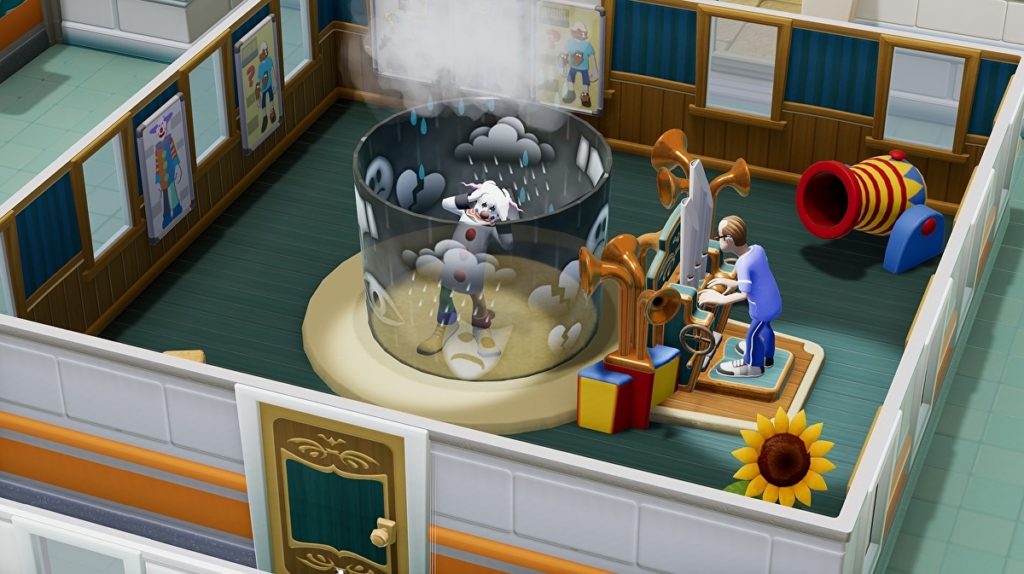 "Coughing and sneezing ... God help us!"

Two Point Hospital strongly follows the imprint of its spiritual predecessor, putting us in the shoes of a hospital manager with the task of building and prospering its healthcare structure, until it became the sector leader in Two Point County. The game provides a large one variety of different scenarios to deal with which, in turn, gradually introduce a wide range of diagnoses and therapies to be performed on patients. We start from the very first, easily manageable with a few basic structures such as the surgery and the pharmacy, to then arrive at much more difficult challenges in the surgery department of a university hospital, where excellence is made up of the doctors we have trained and specialized.

It is precisely on the depth of the gameplay that the game places the accent since, although not departing from Theme Hospital, this is expanded and deepened: after acceptance and a first visit to the general practitioner, the patient's diagnosis phase travels to a large number of departments ranging from cardiology to the so-called "Fluid analysis", passing through a series of imaginative branches of radiology, until ending with the final therapy, to be carried out in the appropriate room through the amusing special machine. The game offers a good number of them, with the large magnet needed to cure the Padel leather to the showy circus tent for the treatment of the Clownite, but patients can visit you only after reaching a satisfactory percentage of diagnostic safety, influenced by the potential of our equipment and the skills of our specialists. In fact, the staff structure, although starting from the four canonical roles (Doctor, Nurse, Assistant and Orderly), expands in a vast network of possible specializations and skills that it can acquire which, during therapy, will make the difference between the patient's recovery and his death, with the consequent transformation into a tormented ghost who likes to infest our corridors. Even more than in its predecessor, attention to detail will be essential on Two Point Hospital: the process leading to the patient's recovery is more cured and dependent on the effective competence that we can provide within our hospital, which in turn is influenced by what we have invested in the training of our doctors and in the search for machinery capable of treating at best a certain pathology. This care is also extended to the management of the economic and communicative side of the structure, since we are also called to consider the layout of the furnishings and services present in departments and corridors, in order to respond to every physiological need of visitors and at the same time increasing our reputation. A factor which, supported by the marketing tools made available to us, we cannot afford to neglect if we do not want the turnout towards our hospital to drop dramatically. 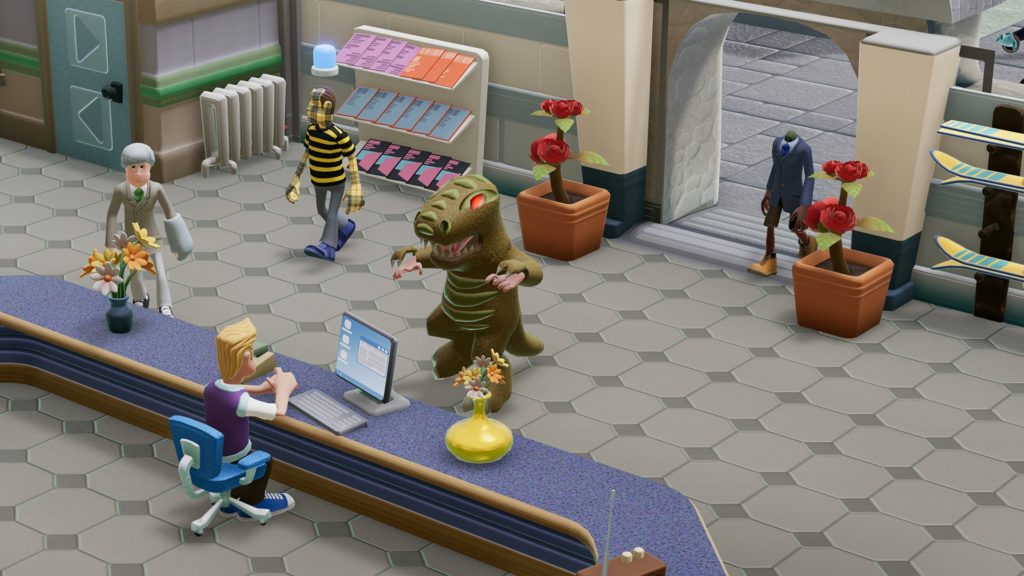 "We ask the mad to be as quiet as they can"

Two Point Hospital is in all respects an admirable attempt to give an heir to the beloved Theme Hospital. An attempt, on the whole, very successful. The title of Two Point in fact, manages to retrace all the elements of success, giving players a more satisfying simulation experience without distorting the concept or distorting the style. Despite the substantial downsizing of the receptionist's announcements, which made the Italian version of the Bullfrog title memorable (in this case the location is only textual), the atmosphere of the game is sufficiently faithful to that of his ancestor, while remaining on slightly more tones soft and mitigating those elements of veiled criticism of the US health system present in Theme Hospital. The imaginative folly of the diseases to be tackled is well re-proposed, as well as the representation of the symptoms and the relative methods of treatment, and the nice staff files make their return in a more accurate and detailed version. To keep us company then, between a double of Freddy Mercury hit by Rhapsodite and a gattara afflicted by Magnetite Animal, there will not be the much loved assistant, but the county radio DJ who are entrusted with some interverts of irreverent comedy, useful to lighten the tone of the game. A modernization that is valid and overall functional, but which does not reach the same heights of memorability.