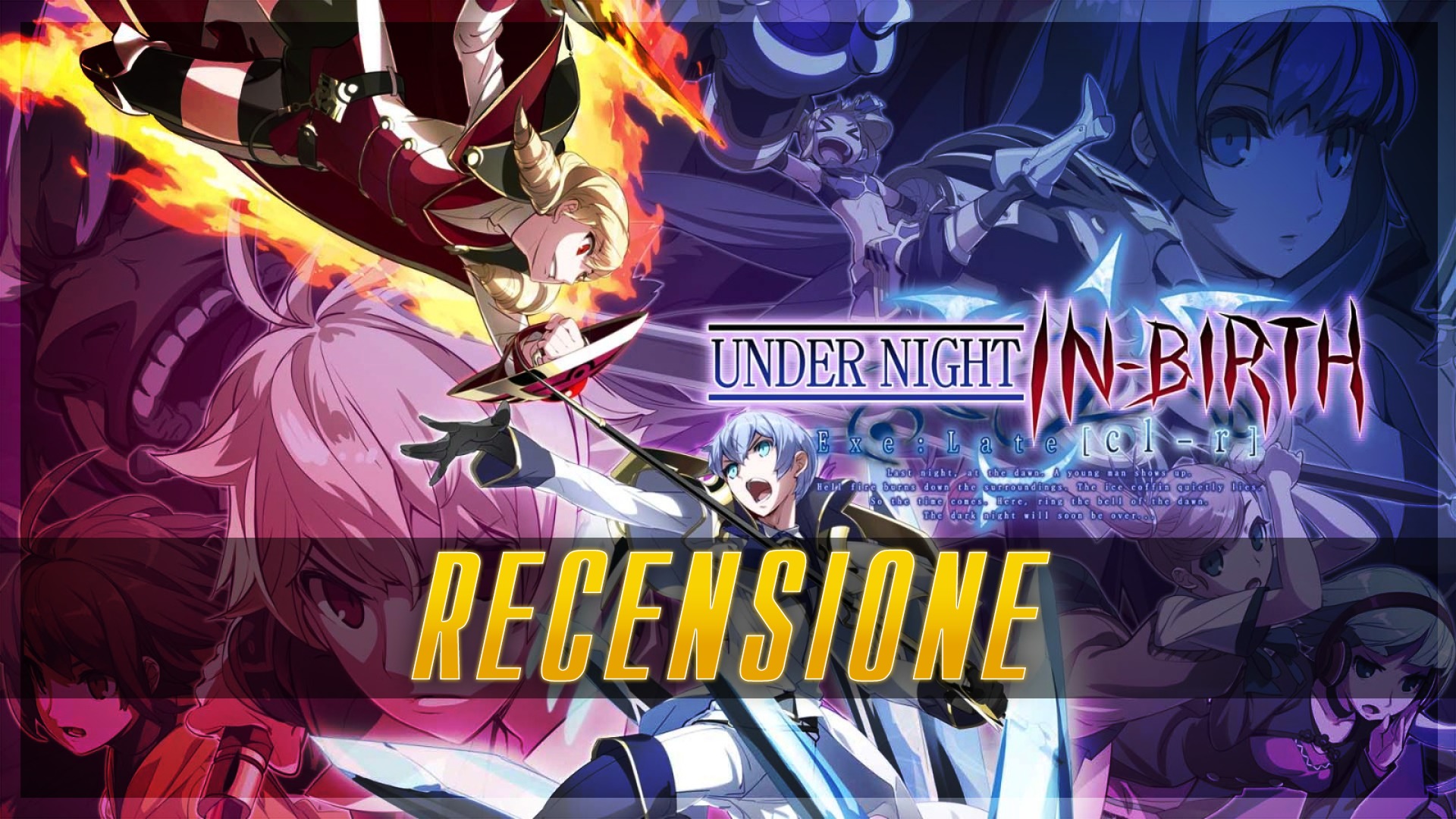 Here we are before Under Night In-Birth, a new effort by Arc System Works e French Bread, landed for the first time on Nintendo Switch in its most updated version. The saga born in 2012 in Japanese arcades arrives in the West thanks to PQube, already the distributor of other Arc System works such as BlazBlue and Guilty Gear. After this necessary premise, let's dive into the game world.

A bit of a fighting game, a bit of a visual novel

Under Night in-birth exe: late [cl-r] (henceforth abbreviated as Under Night In-Birth, have mercy on me) as it was easy to expect given the two production houses, it is a perfect technical fighting game for eSports, but not only: the title also boasts a nature of visual novel truly remarkable. Farewell to the fighting games used as an excuse to join the clashes, here we are faced with one well built plot, full of factions and characters with their own unique and well-defined character. We will be honest, initially the script may be difficult to understand, especially if you do not expect to find a complex plot in a fighting game, but this is one of the strengths of the game. 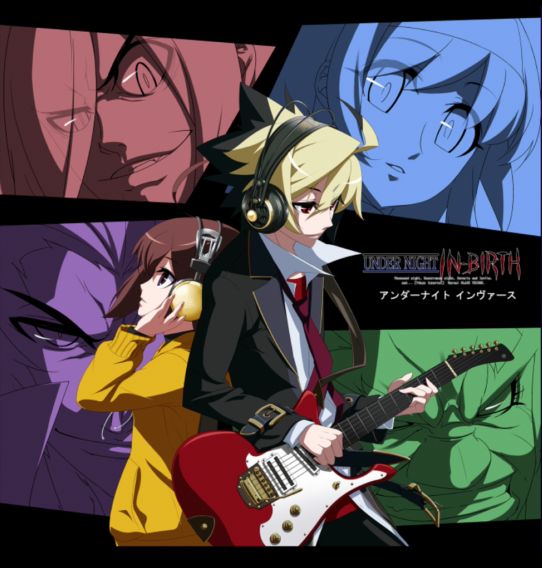 In this paragraph I will try to better explain the plot of Under Night in-birth without revealing anything, so as to facilitate you during the first moments of the game. The history of Uniclr takes place in a Japan, affected by a particular defined phenomenon Hollow Night: a long and gloomy night that gives life to creatures not visible to ordinary human beings called Voids. The few uncommon humans I can see are hunted by these monsters and, in case of contact, the human is destined for madness and death. The few who manage to survive a similar episode will become creatures located between the world of the living and that of the dead named InBirths, acquiring the ability to control a mysterious power: the Existence. 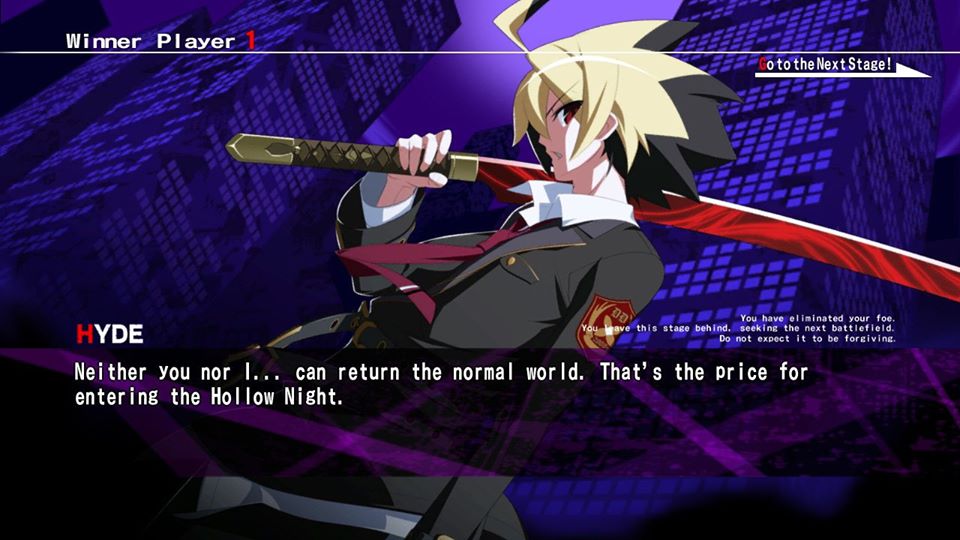 If the plot seems confusing, don't despair: the title meets you thanks to the Chronicles mode, a series of purely textual and illustrated chapters that will clarify the story of Under Night in-birth. But I will talk about this later.

Yes but, the beating?

Let's leave the intricate lore of the game alone to focus on the most important aspect of a fighting game: the blows. Under Night in-birth is a demanding and technical title as it was reasonable to expect from Arc System Works, resulting more like a Guilty Gear than the more famous, but in some ways less complex, Dragon Ball FighterZ. The clashes are in fact 1vs1 and the aerial phases are extremely limited compared to the title taken from the work of Akira Toriyama. Attacks (weak, medium, strong) must be chained to create a variant combo if performed in sequence, or an auto-combo if three weak hits are made consecutively. Your every hit charges the EXS bar which, when properly filled, allows you to perform special moves. You also have a named buff among your offensive possibilities Vorpal State, which is activated once the Grid Grid, a gauge that fills up by attacking or blocking opposing attacks. Clashes are fast and frantic, so I'm sure you'll spend a lot of time in tutorial mode to learn how to use your favorite character with skill.

The wrestlers in the game are ventuno, each belonging to a different organization related to the phenomenon mentioned above. Each character is well differentiated from the other, both from an aesthetic / character point of view and, above all, as regards the fighting style. We are not faced with a broad roster like that of Super Smash Bros Ultimate, this is obvious, but every fighter does his duty in terms of uniqueness.

As for the game modes, I really have to applaud the developers. Under Night In-Birth it is full of things to do and see thanks to the many options in the main menu:

How are you doing on Nintendo Switch?

From an artistic point of view, Under Night In-Birth on Nintendo Switch is literally wonderful. 2D models are vivid, colorful and express energy from every pixel. The artworks in the game are no less, really delicious. A flaw is found in the 3D backdrops, definitely not in step with the tempi.

The music is cured, especially the Japanese dubbing that manages to properly characterize each character. Good OST with his songs ranging from electronics to rock, but we are not at the levels of other Arc System productions.

Technically Under Night In-Birth Exe: Late [cl-r] defends itself well on the small Nintendo console, not slowing down even during the most excited clashes. In fact, these always appear fluid and beautiful to look at both in docked and portable mode. Only advice: equip yourself with a controller suitable for a fighting game in case of long gaming sessions, the small keys of the joy-con could annoy you. 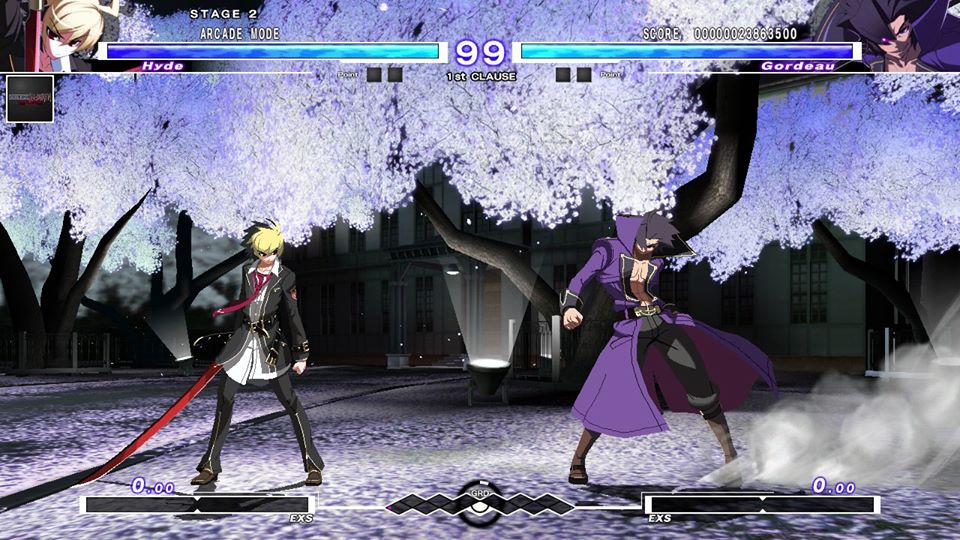 Do you want a fighting game to play in company? Then this game is for you. Do you want a potentially infinite competitive fighting game? Again, Under Night In-Birth is excellent. The considerable amount of text and the absence of the Italian language may perhaps discourage those who just want to make a match every now and then, but you are not obliged to follow the Visual Novel part of the work which, however, to be honest, is what makes Under unique Night in-birth exe: late [cl-r]. 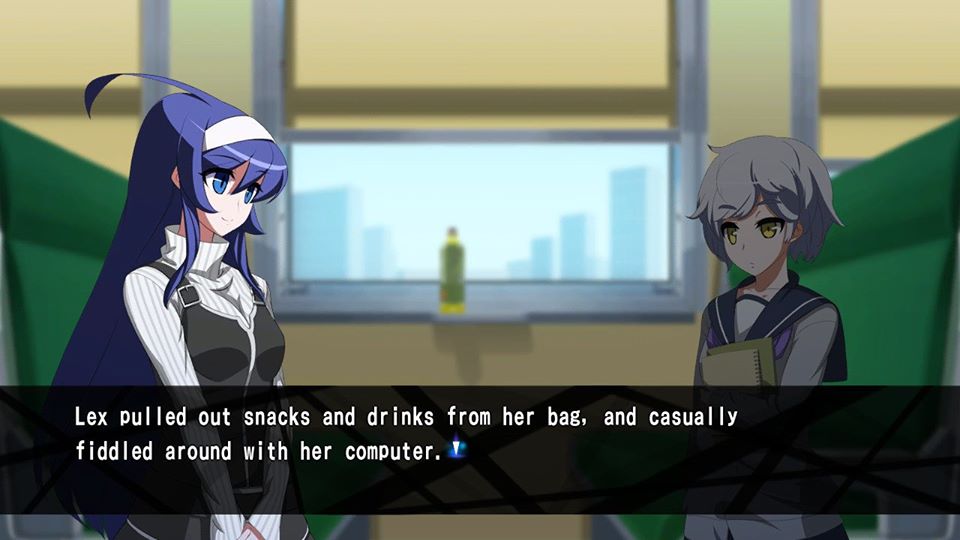 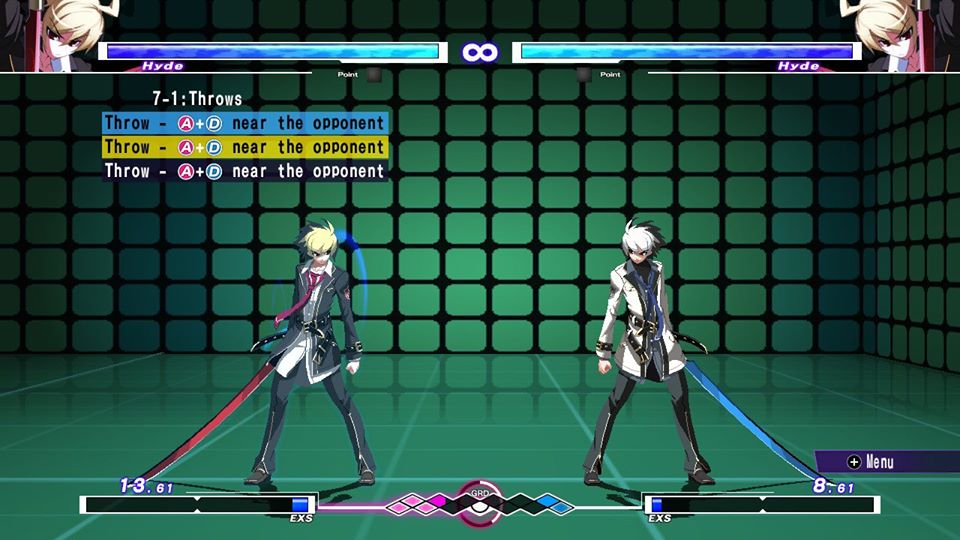 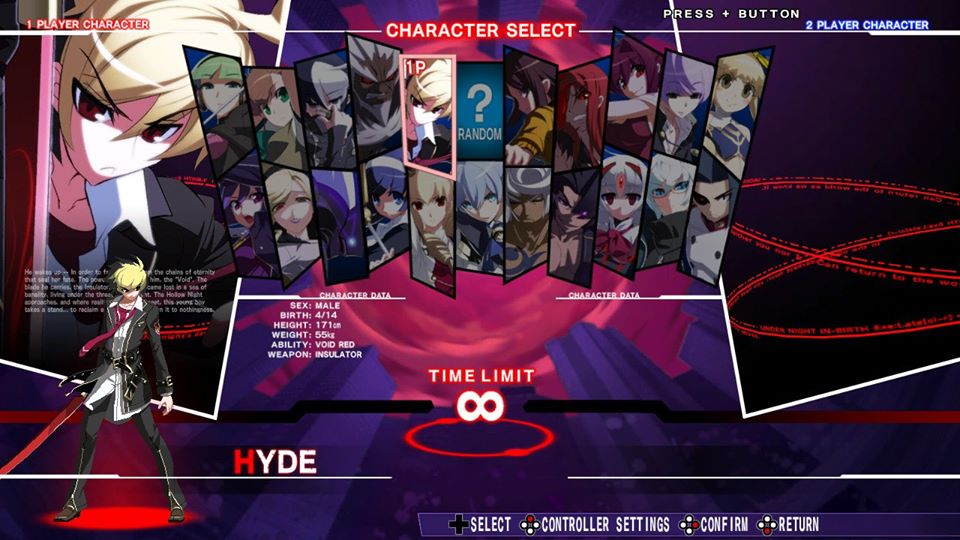 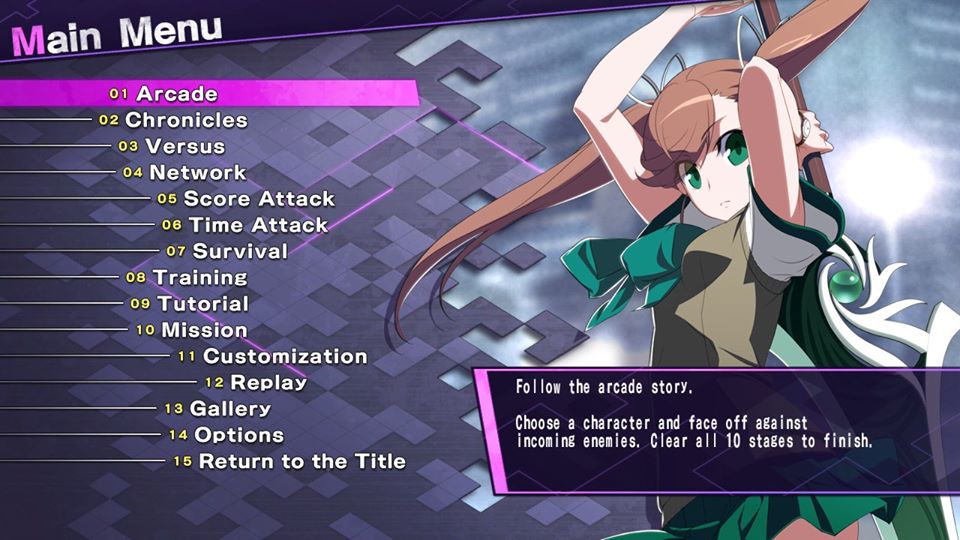 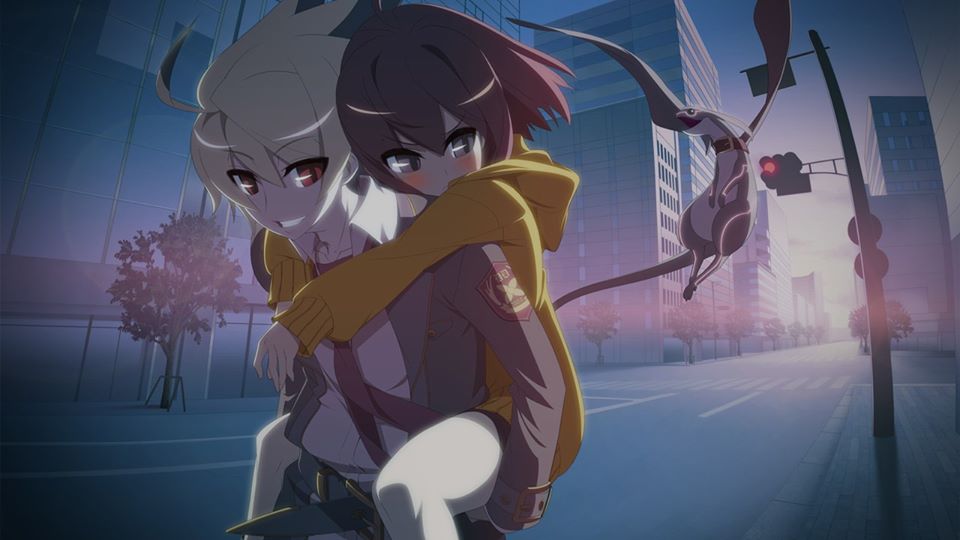