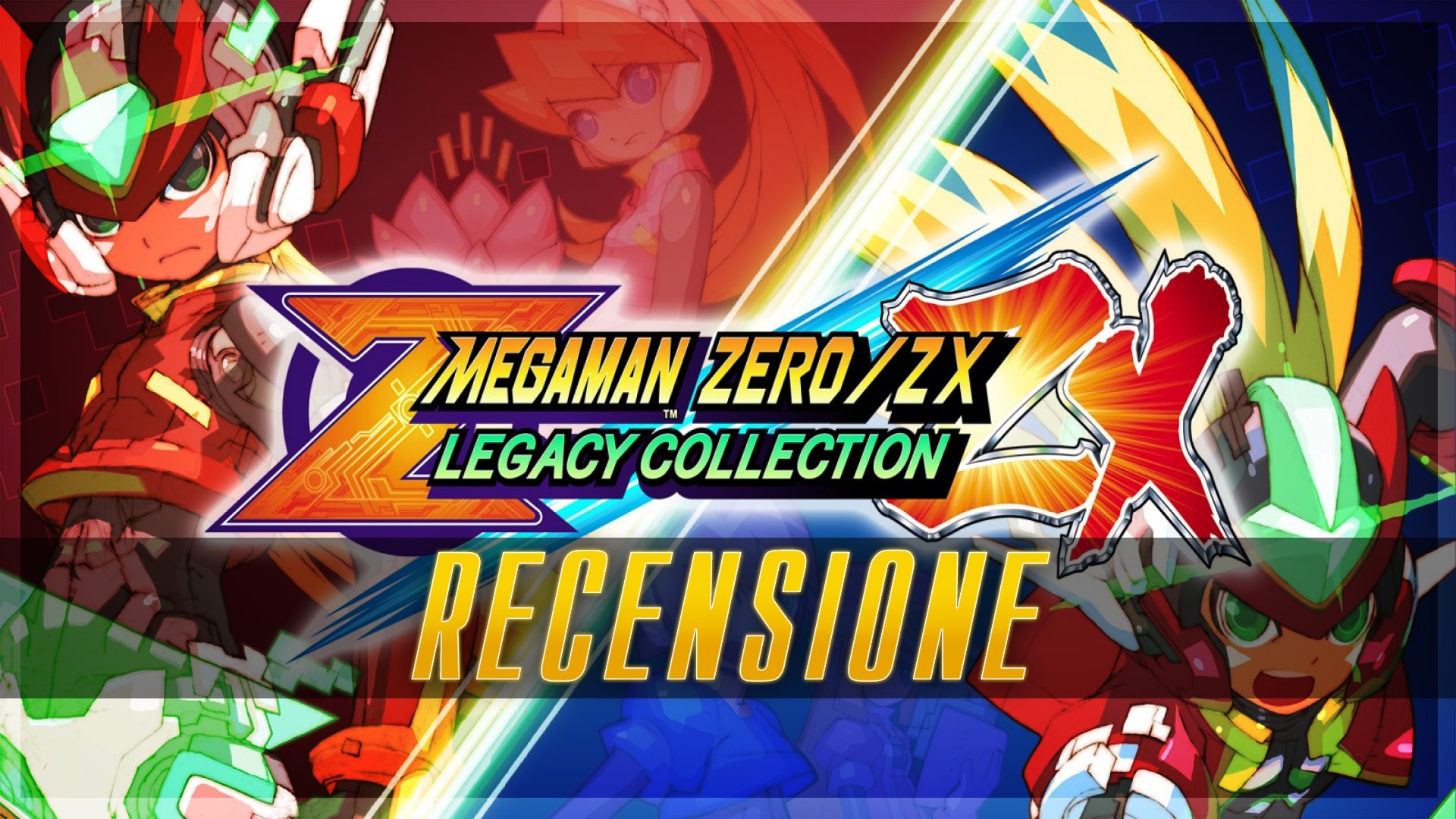 Nostalgia many times is scoundrel, and it often happens that it can leverage our most cherished emotions and memories. This is obviously no secret, and mom Capcom knows it well. In fact, it offers us Megaman Zero / ZX Legacy Collection, out on PlayStation 4, Xbox One, Nintendo Switch and PC next February 25. The offer is really rich and tempting, given that we are talking about six games, four of the Z series and two of the ZX series, released in their time on Game Boy Advance and Nintendo DS.

Megaman Zero / ZX Legacy Collection is the fifth title in the series Legacy Collection. Tell in the series Zero, the story of the protagonist of the same name, awakened after a long sleep lasting one hundred years by Ciel, leader of the Resistance. Zero is therefore ready to fight the forces of evil again, this time gathered under the name of Neo Arcadia. In the series Megaman ZXinstead, set two hundred years after the events of the Zero series, humans have managed to assimilate machine parts to their body, giving rise to new hybrid life forms, while new forces belonging to the Maverick they threaten to destroy humanity once again. Events and events that surely many of us will have experienced, in due course and decidedly at a more tender age, on the old portable consoles of the great N and which are now proposed with graphics and some mechanics optimized for today's consoles. 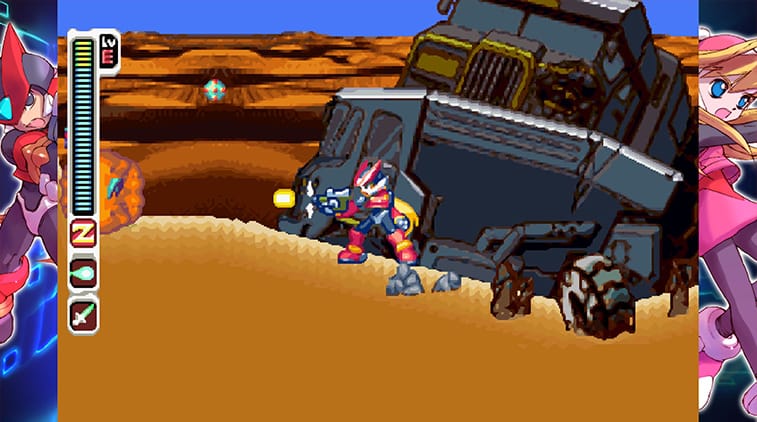 In addition to the graphic style that can be freely changed from the main menu, the beginner mode. This allows us to enjoy the game in peace and with decidedly less steady nerves, since the enemies are much less difficult to deal with. Further addition is represented by the automatic saving, for an checkpoint additional from which to start again every time the available lives are exhausted, selectable from the main menu. We then have the opportunity to choose between the original and English languages, as well as to enjoy one Image Gallery it's a Music player which contain the drawings of all the characters and soundtracks within the collection.

Let's get into action

In Megaman Zero / ZX Legacy Collection gameplay, as you can surely guess, is something known to every fan of the brand. And it is not incorrect to say that the game mechanics are simple e basic. This is absolutely not a point against, and indeed it is natural if we consider the original platforms for which the games were designed. The game feeling and the possibilities offered do not differ much between the two series, fitting into the classic gameplay system of the entire saga. Both in Zero and in ZX it is obviously possible to move in all directions, jump and shoot with the blaster, as well as dodge the blows by pressing a special button. Then present weapons sub-primary, such as the lightsaber, which can be used by assigning primary or secondary weapon slots. Holding down the attack button then loads the blaster's blow, dealing more damage to the different enemies in the game. 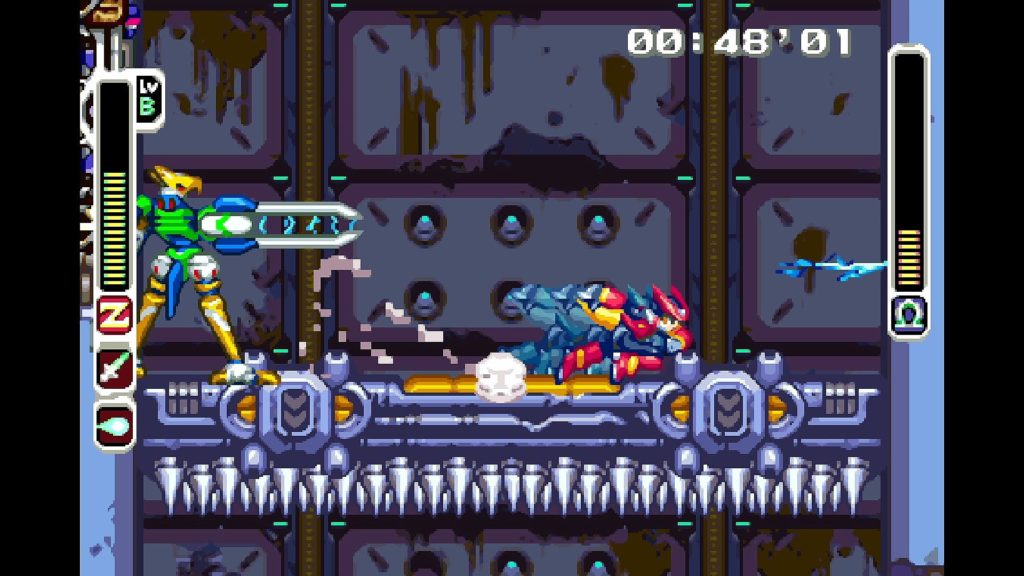 Prepare to die again and again

Despite the simple foundations on which the gameplay rests, in reality the challenges proposed by Megaman Zero / ZX Legacy Collection are anything but simple. The difficulty, unless you activate the aforementioned Beginner mode, is calibrated strongly upward, and it won't even save you for a second. If already the clashes with the basic enemies, without the right attention, can be really demanding, they are the boss to represent the actual challenges of the games in the collection: all the boss-fights present within the various titles are one real testespecially for your reflexes and your strong nerves. Against certain adversaries, whether humanoid or monsters, armored or not, do not develop a strategy and do not memorize its moves it costs the game over several times. The advice is therefore not to underestimate, nor take lightly any confrontation, and indeed understand the pattern of the different bosses to be able to defeat them without too many pitfalls. A similar difficulty is surely a legacy of a way of conceiving the Gaming and the design of the challenges typical of years ago. An era in which to take the player by the hand and accompany him step by step was not a widely shared and used alternative. But let's face it: it is not a defect, but rather a strength which many titles today have, unfortunately, stopped relying on. 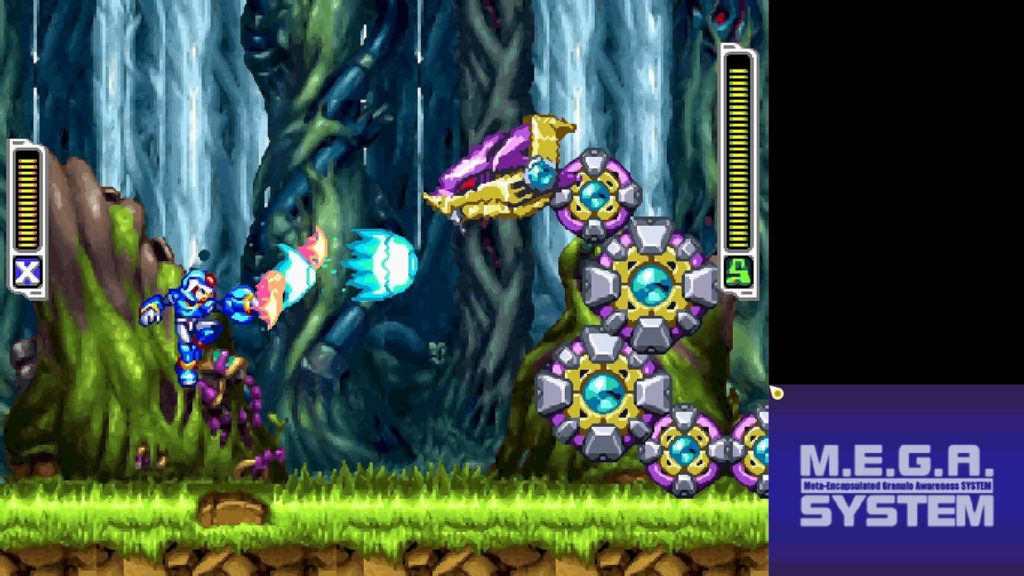 An essential style, between filters and modifications

From a graphic and stylistic point of view, Megaman Zero / ZX Legacy Collection is exactly what you would expect, especially if you already know the series: a porting of the old games for Gameboy Advance and Nintendo DS, with graphics set by default to a more "soft" style and with less pixels. It is always possible, however, to restore the original graphics through the settings. Given its very nature, each title runs smoothly decidedly fluid, without any drop in performance or technical uncertainty. However, it must be said that, being a collection of fairly dated games, the opposite would have been strange. Still through the settings, you can remove the black bands on the sides of the interface, and play in this way full screen. Optimization, in this sense, was not the best, however, with one stretching not exactly optimal images. In this context, I recommend that you play the collection with the default settings and only change the graphics at most. In this way you can enjoy an experience of the past in a more than satisfactory way, even if in the end it is mainly about subjective tastes. 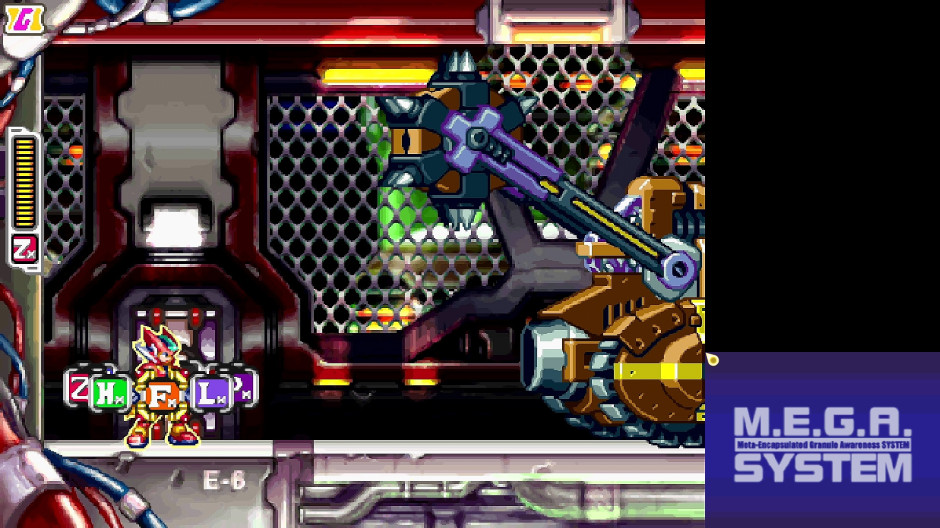 A challenge to be taken up

Megaman Zero / ZX Legacy Collection is the gauntlet that Capcom wanted to launch. I'm not the one to tell you whether to collect it or not, but I recommend doing it only to fans of the brand or in any case to lovers of the genre. If you have enjoyed the Megaman saga since time immemorial and want to relive some of the moments experienced during your childhood, the purchase is practically obligatory. If at the same time you are lovers of the challenge, and you are looking for an experience that can put nerves and reflexes under pressure as only the games of the past knew how to do, you too are in the right place. For all the others, accomplices a graphics and game mechanics not quite in step with the times, the collection it might be indigestible. It is worth remembering, however, that the different titles have aged definitely fine and which still represent a valid and capable experience to have fun. Make yourself comfortable, then, and get ready to take a dip in the past. In fact, you will hardly want to resurface in too easy present.

Call of Duty: Modern Warfare, there will be no loot boxes