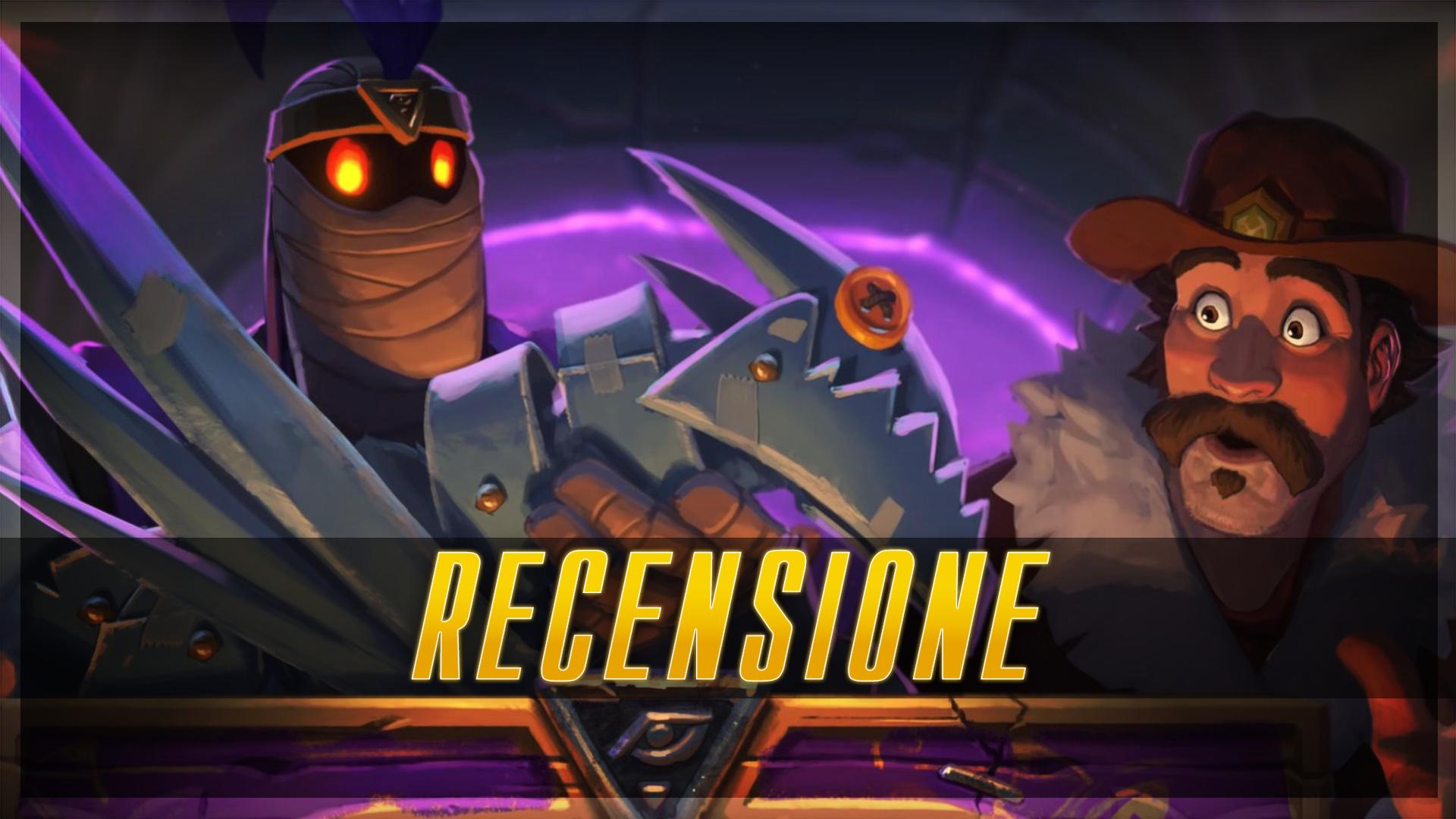 During the past four weeks, from January 21 through February 11, Blizzard has released for Hearthstone a new single player adventure, the Galakrond awakening.

A necessary premise. I've been playing Hearthstone for more than three years almost completely free to play (the only purchase I made is the welcome pack). I am particularly sensitive to the topic of F2P and the sustainability of the game without spending money. In these years, not having particular ranking ambitions, I appreciated the offer of the game for those who do not want to spend money. Despite my really poor skills in card games of this type, certified since I played Magic in the park with friends, I was able to reach Rank 1, beyond all expectations. All of this will come back relevant in the last part of the review.

Let's start from the merit ofadventure. Galakrond's Awakening is quite rich, with two "books" chronicling the legion's attempt BAD to awaken the ancient dragon Galakrond, and the efforts of League of Explorers and to the Flocks of Dragons to stop the awkward plans of the bad guys. Four pages with three challenges each for each book, a total of 24 challenges, 12 of which, those of the explorers, are free. Each challenge gives a prize that consists of unique cards, which cannot be obtained in other ways. At the end of the adventure the player will have collected 35 new cards.

As for the difficulty, the adventure turns out really easy. I'm talking about the "story" version, obviously the Heroic mode offers greater challenge. But compared to the other adventures I have played in the past, it has offered almost no resistance. It doesn't stand up to the Lich King or Dr. Boom puzzles. It does not even have the replay value of the "dungeon runs" of Coboldi and Catacombs or Boscotetro; if repeated, the challenges are always roughly the same.

I liked the variety of challenges offered. Many mechanics have returned that have characterized other adventures, such as the automatic actions in the battles between the flying ships, taken from Medivh chess, or the very high-level battles of the cards, which allow very fun combos.

As for the story, it's nothing special and I don't think anyone really invested in the characters. They are caricatures of both heroes and bad classics, devoted to comedy. Two laughs on the awkwardness of MALE, two more on Reno, the end. The atmosphere is the usual of Hearthstone's adventures, light, light-hearted, at times demented, especially if the bad guys get in the way.

The reason why I consider Galakrond's Awakening to be one of the most relevant in recent years is not its content but paradoxically its format. In short, up to three years ago, in Karazhan in particular, the adventures were mini expansions. They therefore provided not only a single player experience, but also unique cards, not obtainable in any other way.
Then came Knights of the Frozen Throne, a normal expansion that had its dedicated adventure for the first time. The single player though not only did it not offer unique cards, but it was Free subscription. From that moment the format of the adventures stabilized. No more paid expansions, but free single player linked to normal expansions.
The system that lasted for years begins to creak with the Tombs of Terror expansion and finally collapses with it. We return to the past, offering unique paid cards. The fact that half of them are free does not affect the obvious route change.

So, is Galakrond's Awakening a good expansion?

A couple of thoughts, on this adventure and what it tells us about the future of Hearthstone, seem important to me.

The first is on the merits of the adventure. Unique cards are the only reason that justifies the expense. The quality of the adventure, in terms of gameplay, is really low. Little challenge, little fun, old ideas already seen in the past, zero effort to create something unique. A bitter disappointment since even in the recent past Blizzard he had created very fun and innovative single player experiences. This time they sat on the final prize, waiting for the money to rain.

Secondly the Galakrond Awakening represents a turning point. After a long period spent lowering the walls that separated the free to player from the actual game (therefore from the competitive games) Hearthstone starts to raise them again. To access the paid part of this adventure I had to save every single piece of gold (the coin in game) since the last expansion was released. No Arena, no packages, 2800 gold coins (47 missions of 60, one per day) accumulate for the sole purpose of unlocking those cards.
Despite the jokes that have circulated since Hearthstone's beta on the pay to win nature of the game, playing for free even at good levels has always been possible, and never so easy if you look at the last few years. But if we add the inclusion of the Battle mode, a kind of completely free auto chess in which it is not even possible to spend money, the developer plan seems clear. In the future free to play on Hearthstone will have to migrate to that mode. To really play, in standard competitive format, you have to pay.