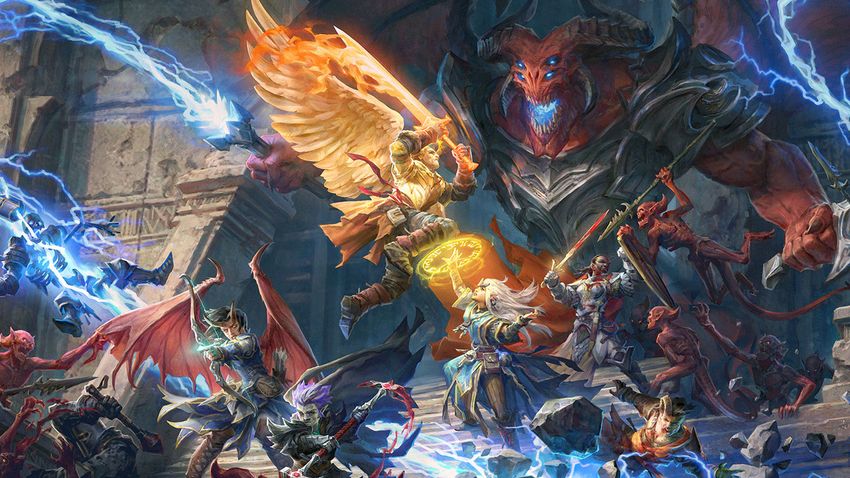 Owlcat games will follow up on Pathfinder: Kingmaker with a new videogame adaptation of an adventure of the famous tabletop RPG. This time the game title will be Wrath of the Righteous. The story will see our protagonist face a lord of demons, close a portal to the Abyss and lead a crusade. Despite the company being able to cover the costs for the new title, Owlcat has decided to start a Kickstarter to expand your budget.

As their campaign page says:

“Even if we have the money to create Wrath of the Righteous we want to bring you a truly epic experience. The game is built around the idea of ​​an ascent to power through one of the six Mythical paths, through which the character becomes an extraordinary being with special abilities. The different paths chosen will influence the unfolding of the story, will change the world and interact with the relationships that the protagonist will have with companions and NPCs. This idea can be developed far beyond the current budget. "

The campaign has passed quickly the initial target of $ 300.000. At the moment the total raised is close to $ 900.000. Many stretch goals have already been achieved, adding new classes, races and mythical paths to the game. The next target, which will be unlocked at $ 915.000, will give the chance to improve animal companions, adding a progression path of levels, customization options and armor.

Wrath of the Righteous also promises an extended tutorial for those approaching Pathfinder for the first time and the ability to turn the camera 360 °. Hopefully one of the stretch goals introduces the turn-based combat option, so you don't have to rely on mods as happened for Kingmaker.

Pokkén Tournament, the Producer would like a sequel but it is not up to ...