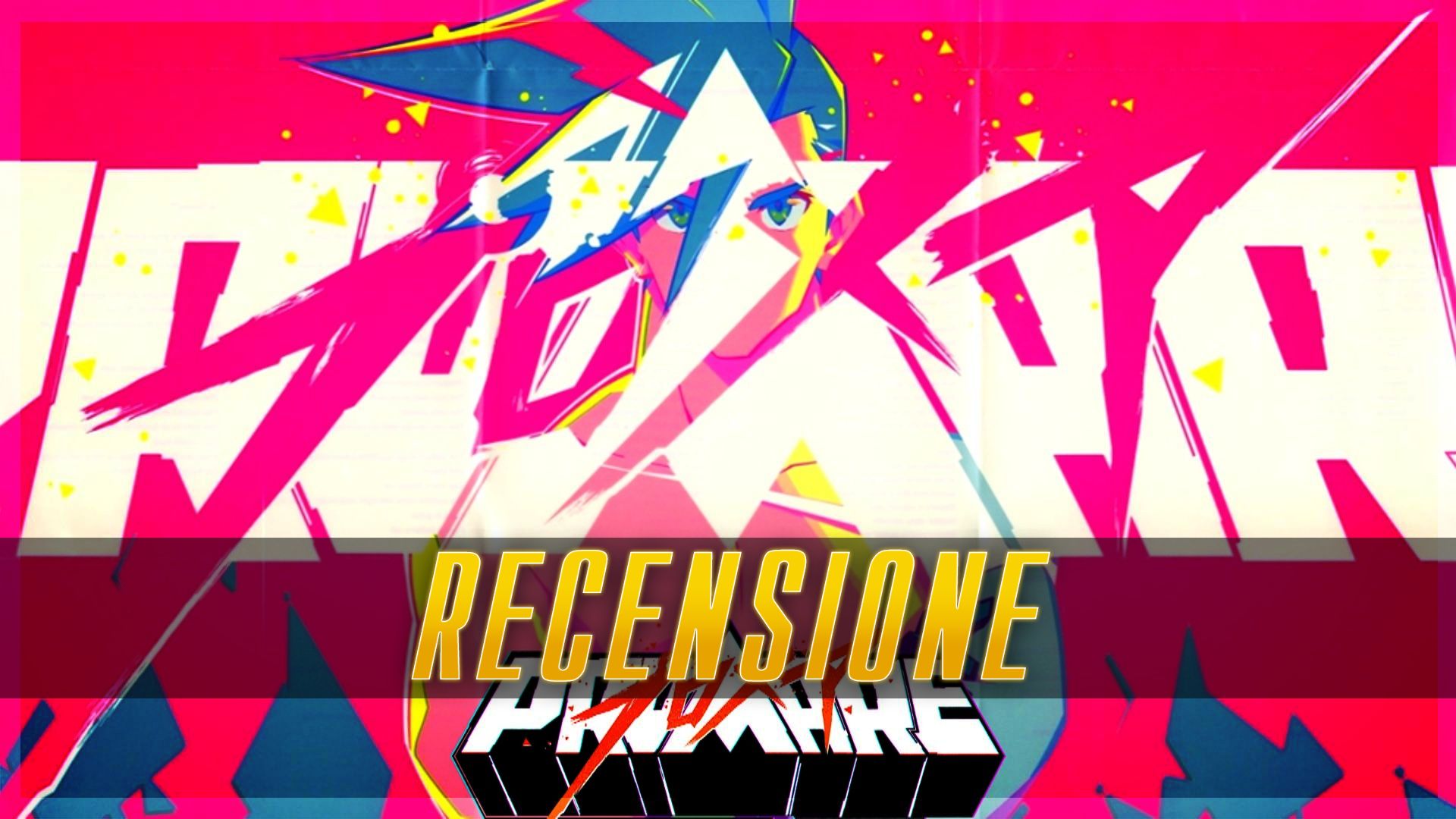 Needless to look for too many preambles or twisted definitions, Promare is a 110% extract of Studio Trigger, unrefined and unfiltered, with all that that entails. The film debut by the authors of Kill la Kill and Gurren Lagann is a baseball bat that crashes on the spectator's skull at supersonic speed, in an explosion of lights and colors that swirl in a crazy dance with a syncopated rhythm. Promare is all this, made of crack. The plot sees i burnish, humans inexplicably changed thirty years before the facts narrated, which have the power to create and manipulate flames. Their appearance on the terrestrial globe marks the birth of an extreme danger for the planet itself, caused by the spread of violent fires unleashed by a group of terrorists in constant struggle against the rescue team, which sees the beloved as a new member Galo Thymos, firefighter with an extremely fiery soul. The clash with the criminals led by Lio Fotia, starts the story of Promare. The film is supported on a very Pop art style, made of squares, acid and saturated colors, with also a massive use of CGI especially in city environments, and a character design that can effectively describe each character in a few moments. The artistic direction tends towards the creation of scenes with very bright colors, but distributed in a flat and clear way, giving the idea of ​​being in front of concepts or comic boards in motion, further accentuating the Pop flavor of the production. Often we find ourselves in front of a frame that could easily become a painting to be exhibited, given the fantastic balance and composition of the image. Some inaccuracies are present, the CGI does not always go very well with the 2D counterpart and in some transitions there is some discord due to the combination of the two techniques. In addition, the chaos on the screen due to the most agitated scenes, although always satisfying given the visual richness that explodes before the eyes of the public, occasionally leads to a difficult reading of the action, which for the most part is instead very clear, albeit always syncopated beyond all limits. Overall however, Promare allows us to admire a spectacular visual orgy, rich, overflowing, uncontrollable and enveloping, which leaves a smile on your face. 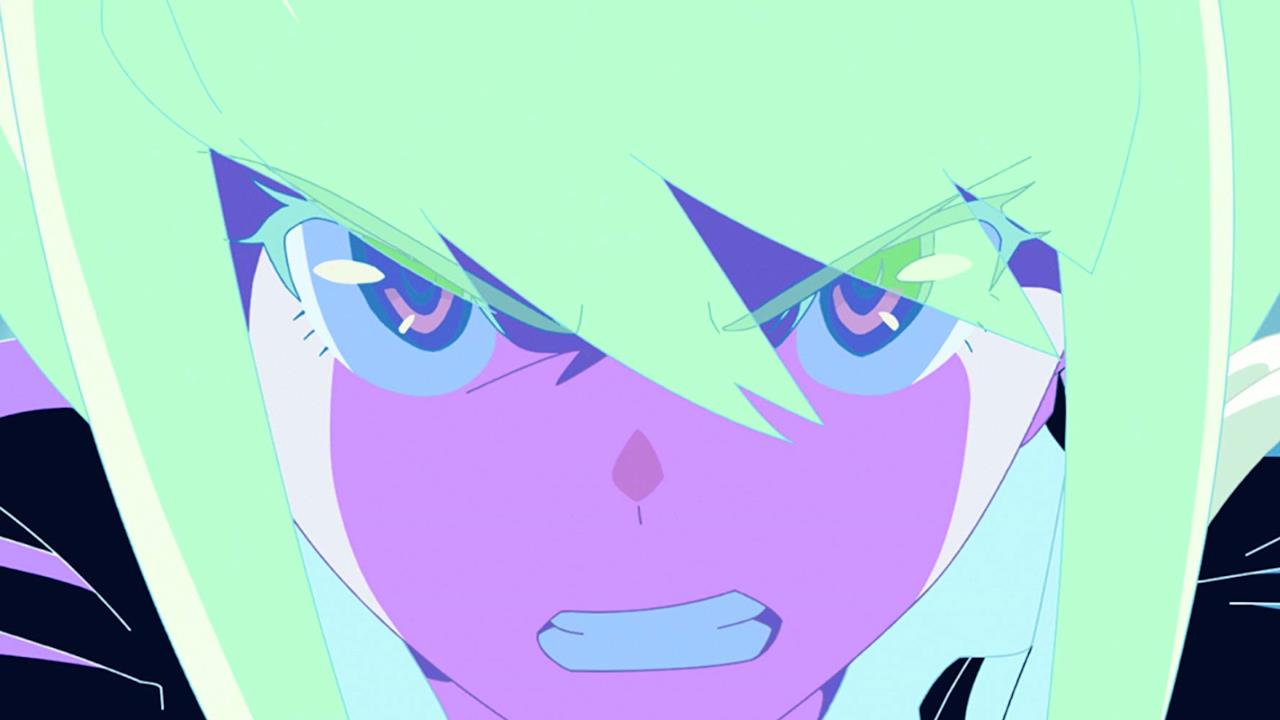 There is no shortage of exaggerations in full trigger style, which indeed abound since the initial clash to then flow into a sensational final sequence which will remain in focus on the retina for a long time, and the ticket price pays for itself easily even thanks to the latter, exciting, minutes. However, Promare knows when to stop to catch his breath, proceeding with a rhythm that manages to take the necessary moments of tranquility to give more space to the narration and description of the world that acts as a stage for history. Although the writing often shows the side a somewhat weak and didactic dialogues, given the amount of concepts and subplots to be explained, bending occasionally also to cliche who see the force of the supporting characters a little cut with the hatchet, the subject is intriguing, in its simplicity, giving space also to interesting food for thought.

What is more satisfying, however, especially for those accustomed to the studio's productions, is the continuous presence of a community and social sense that never stops permeating the film. As in their previous works, Promare it is not a film based on the "I" but always on the "we"; instead of providing the canonical concept of the hero chosen to save the world, he prefers to tell us a story in which the individual is truly powerless and only by accepting "the other" is it possible to overcome every obstacle. Promare therefore also hides within it a story of racism and exploitation of the weak and marginalized, but without sweetening or false moralisms, the story never focuses on a rhetoric of pathetic compassion, even when it slips slightly on some naivete of scriptures it maintains admirable purity, condemning violence in all its meanings. Honorable mention for the colonna sonora moreover, which effectively accompanies the unraveling of the story from start to finish, also boasting memorable themes and exhilarating tracks that deserve listening even after the credits.

Promare proves to be an excellent film debut for Studio Trigger, net of some imperfections and smudges. For all lovers of the previous works of the animation house, who will also be rewarded with a riot of citations to the universes they created, the vision is almost mandatory while detractors will continue to turn up their noses, without a shadow of a doubt. The feature film is therefore incredibly consistent with its roots, without seeking the favor of the general public in this first landing on the big screen, once again demonstrating the intellectual honesty of a group of workers who always and in any case creates something in which they firmly believe . We are probably not facing a masterpiece but certainly the product shot by Hiroyuki Imaishi it deserves to be seen in the dining room and countless other subsequent ones. Exiting from the cinema, exalted by the vision, the scenes continue to echo in the head and the thought can only go to the studio's next film project, hoping it will arrive as soon as possible and prove even more memorable.

Miyamoto and Illumination announce that the Super Mario Bros. movie has been postponed to 2023

Streets of Rage, the SEGA brand will land in theaters with a live-action film

The World Ends With You: The Animation will be released next April ...