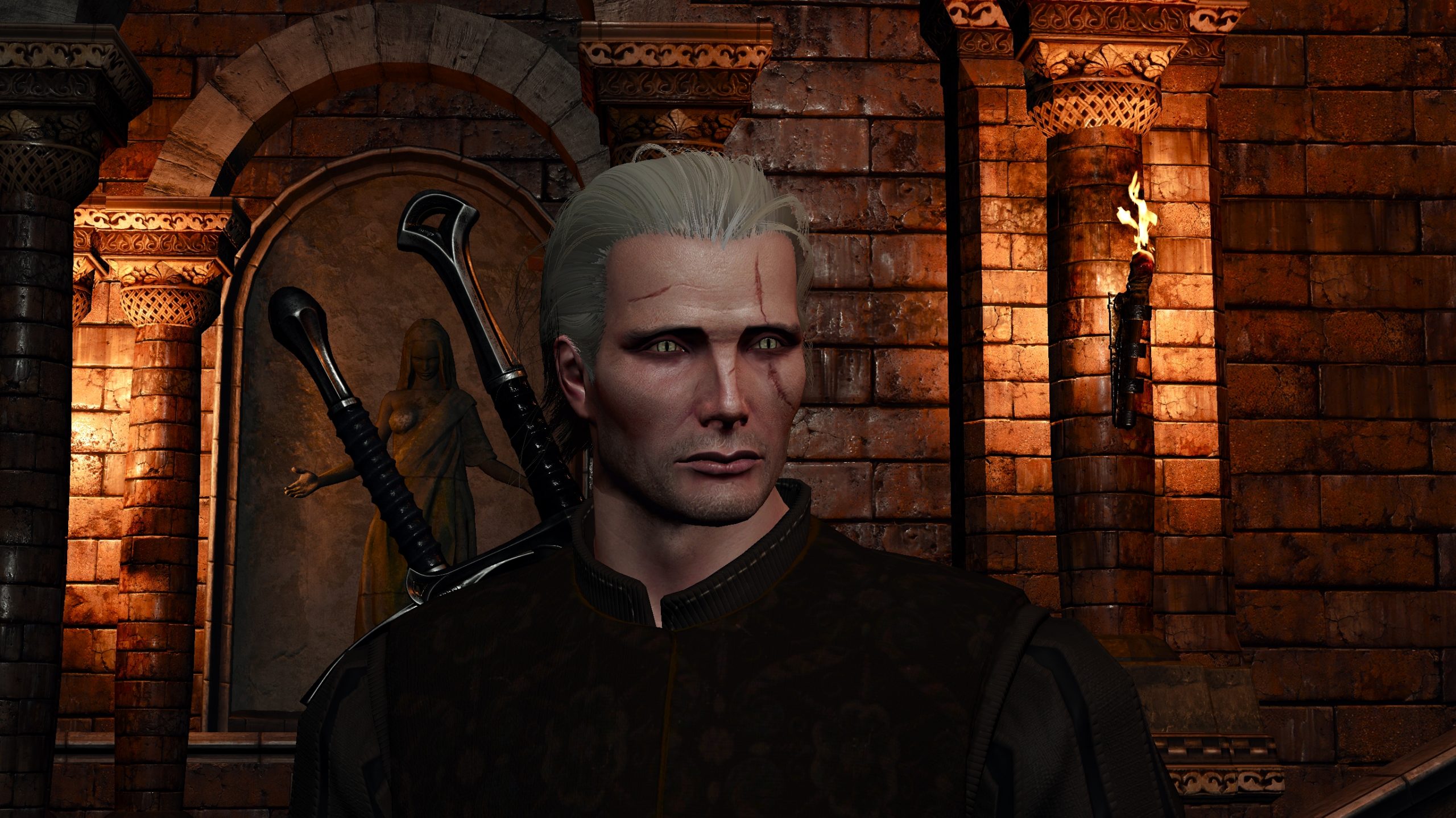 The Witcher 3 has had an injection of attention since the Netflix TV series with Henry Cavil as Geralt came out, but now it's up to Mads.

That's right, you read that right, since The Witcher was released on Netflix the videogame world has rediscovered or dusted off the RPG of CD Projekt Red, among them there are also modders who have not wasted time releasing a mod that exchanges the models of Geralt and Yennefer with the physiognomy of Henry Cavil and Anya Chalotra.

Apparently, now modders have found in the features of the actor Mads Mikkelsen the perfect Geralt of Rivia for The Witcher 3. The mod created by "Lascaroman" e available on Nexus Mods, change the face of our Witcher with those of Mikkelsen and the effect is not bad. Now, if you want to use the mod we give you some advice, which comes directly from the author, and that is to download the mod Enrai Face Texture of "Riquinni" to improve the texture of the face since Lascaroman has not had the opportunity to create them.

What do you think of this mod? Did you appreciate Mikkelsen's performances in Death Stranding? Do you think its features are closer to Geralt's than Cavil or do you prefer the classic Witcher? In the meantime, you have seen Farming Simulator 19 free on Epic Store?

Nicolae Locatelli - January 15 2021
Bloodborne has been one of the most popular titles for PS4, so much so that some fans have created a demake version of the game in the style ...
News

Gian Luca Cama - January 15 2021
During the night, the rumor of the imminent announcement of the long-awaited remake of Pokémon Diamond and Pearl bounced on the internet. The title would be ...

A redditor has discovered a text adventure game hidden on Google

Programmer loses the game created as a child, but someone shows it ...