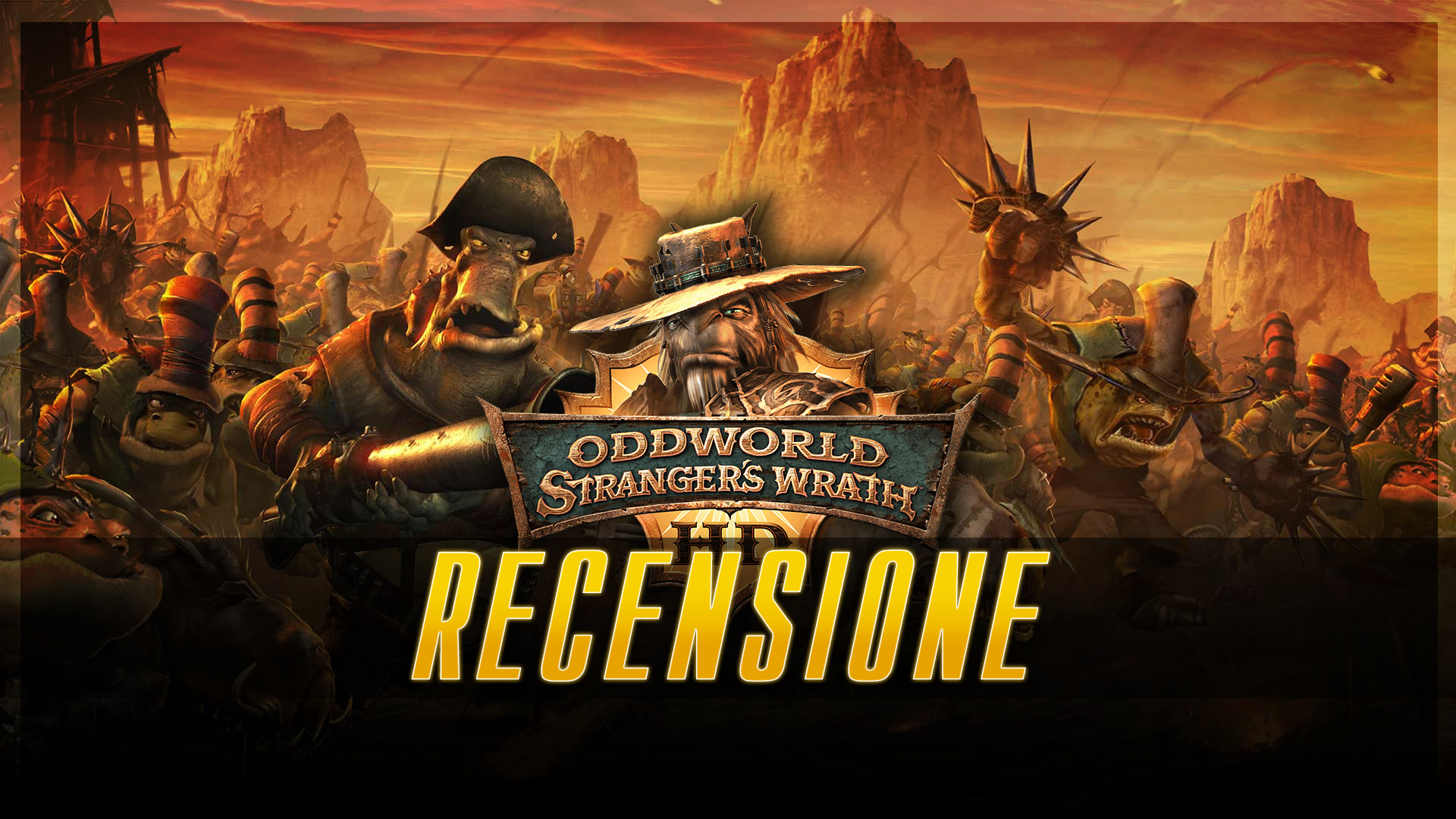 As most people will know, "Oddworld: Stranger's Wrath" is a spin-off set in the world of Oddworld released on Xbox in 2005. The game has been remastered in HD (720p) and distributed on numerous media starting from 2011, but none of mom Nintendo. In 2013, a version for Wii U was announced and, although never officially canceled, it never went through. From this 24 January Stranger's Wrath HD lands on Switch, allowing a whole new audience to experience this adventure, a little dated but that still has something to offer.

The opening cinematic immediately makes us understand what awaits us: a mysterious bounty hunter chases a Snail bandit, but instead of the classic guns he holds a crossbow loaded with numerous animals, very alive and very angry. In fact, we discover that the “foreigner”Of the title does not like firearms, and prefers to use local fauna as a reserve of bullets. Strange that PETA had no complaints about it. The tutorial illustrates the main mechanics in a rough but functional way: large blue screens freeze the software to explain to the player how to deal with third-person platforming and first-person shooting. After capturing the gang leader and defeating the rest of the outlaws, we return to the city to cash in; this loop is the basis of the approximately 15 hours of the title, e lends itself decidedly to be played on a portable console. 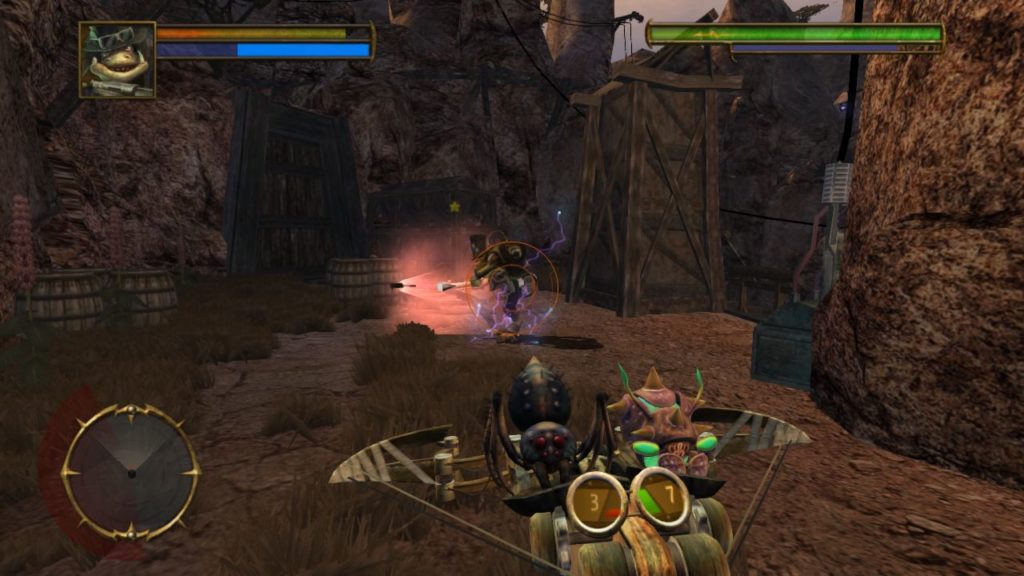 As already mentioned Oddworld: Stranger's Wrath HD offers both the first person view and the third person, the first one necessary to shoot with the crossbow, and the second more comfortable to navigate the environments and fight in close combat. The protagonist's melee skills are limited, but there is no lack of sophisticated combos. The star of the show is the crossbow, which can be loaded with two different animals at the same time, and which is the plague of the bandits: they can lure them, bite them, stun them, make them vomit or explode, and more. The variety is excellent and every type of animal can be enhanced throughout history. An interesting novelty is that our ammunition is not found in any crate, nor is it dropped by defeated enemies, but must be captured using an insect with inexhaustible shots. And here the Nintendo Switch joypads show their limits a little: hitting objects (often flying) so small can be frustrating and many will need to test a lot before finding a threshold of sensitivity that satisfies them, or play in docked mode and also save yourself some fps drop. Once this problem is solved, the fight becomes adrenaline and full of possibilities. You can't just slap Terence Hill, or the enemies will make us a lot of holes. 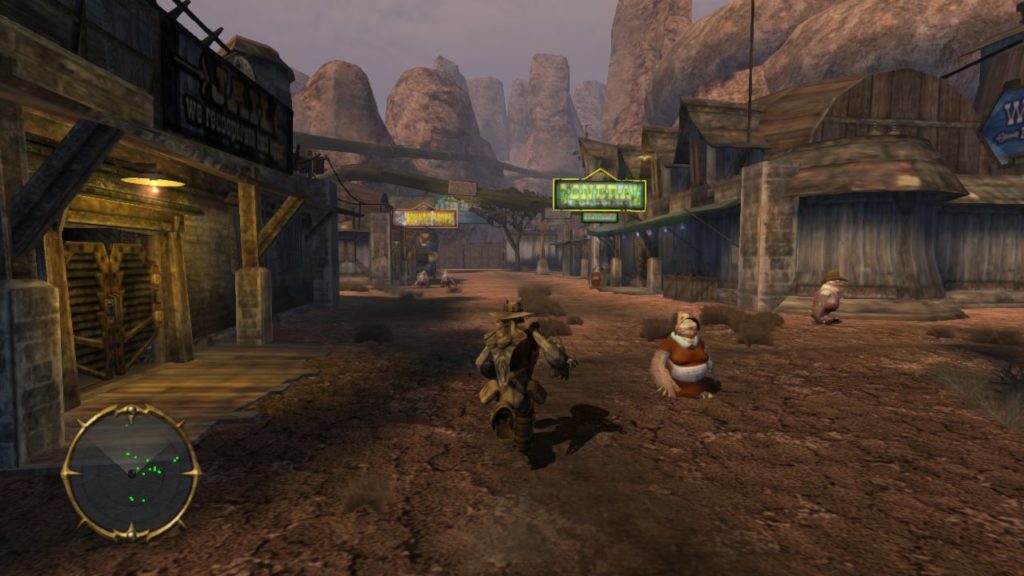 The player must learn when to shoot and when to hit, when to try to catch a stunned bandit and when to kill him, all while taking advantage of the environment and the different possibilities to his advantage, and this offers a discreet learning curve, especially during some meetings more excited. Controls are responsive at the right point in both modes, the third camera is not always reliable. Another peculiarity of the gameplay is the absence of curative objects: the foreigner can shake off the bullets, but doing so will consume stamina, as well as pulling heads, falling from great heights and running, therefore it must be managed carefully. The gameplay behind Oddworld: Stranger's Wrath is solid, even 15 years after its first incarnation, but the same cannot be said of level design: no matter how well-designed the rooms are, it is impossible not to notice that they come from two generations ago. Useless the minimap, which indicates only a vague position of the enemies in 2D, and the conspicuous verticality of many areas makes everything decidedly confusing in some places. 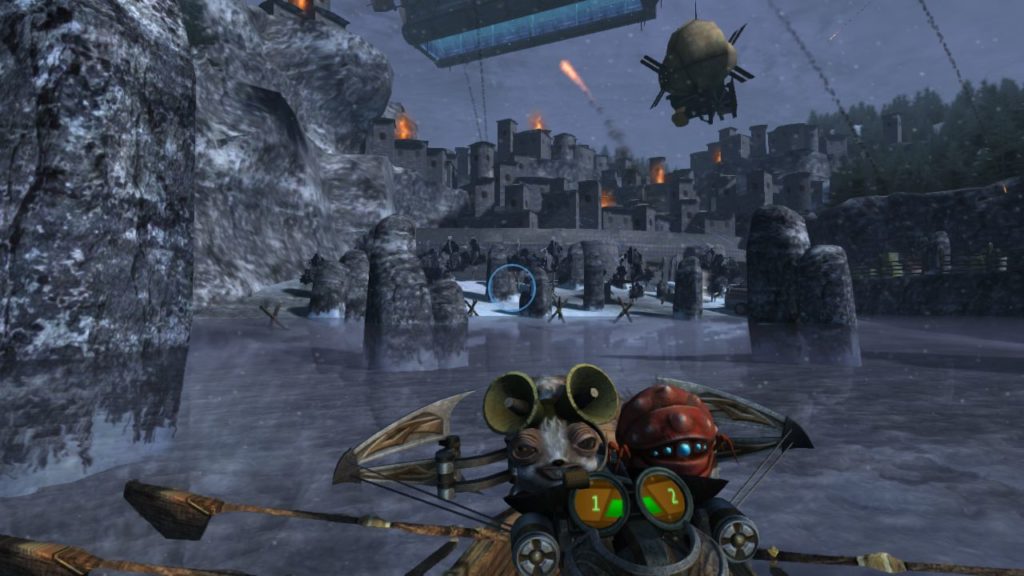 The work behind the remastered is still convincing, it's all (except the animations) very old compared to the 2005 version, the 3D models are pleasant and the style of Oddworld is always unmistakable. The choice between MSAA or SSAA in the options allows you to privilege performance or graphic detail. Another aspect that has not been affected by the age of the game is undoubtedly the setting, which except for a few flaws is still interesting. The protagonist looks like an alien incarnation of Clint Eastwood, has a cavernous voice and moves in a wild if not clumsy way, but also manages to carve out a space instead of becoming a speck. The inhabitants of the various cities are all gallinaceous with a southerner accent who stew after twelve seconds, but thank God it is not necessary to interact often with them. The rest of the world is built in an organic way and is extremely characterized, with a palpable western atmosphere, so much so that in all probability it served as inspiration for the excellent animated film "Rank". Bosses and their models are unique (not the voice actors, unfortunately), and the arenas always have something that differentiates them from what has already been seen. The story also offers a couple of decent twists to be from 2005, as well as a rather profound and relevant message.

Oddworld Stranger's Wrath HD for Nintendo Switch is recommended for all fans of the saga, who certainly didn't need encouragement to buy it. But even those who have never approached this universe before will find it the competent remastered of one of the most original games of the early 2000s, at a decidedly affordable price.

Gian Luca Cama - January 16 2021
Since the announcement at The Games Awards three years ago, no concrete update has ever been given regarding Bayonetta 3. The only ...
News