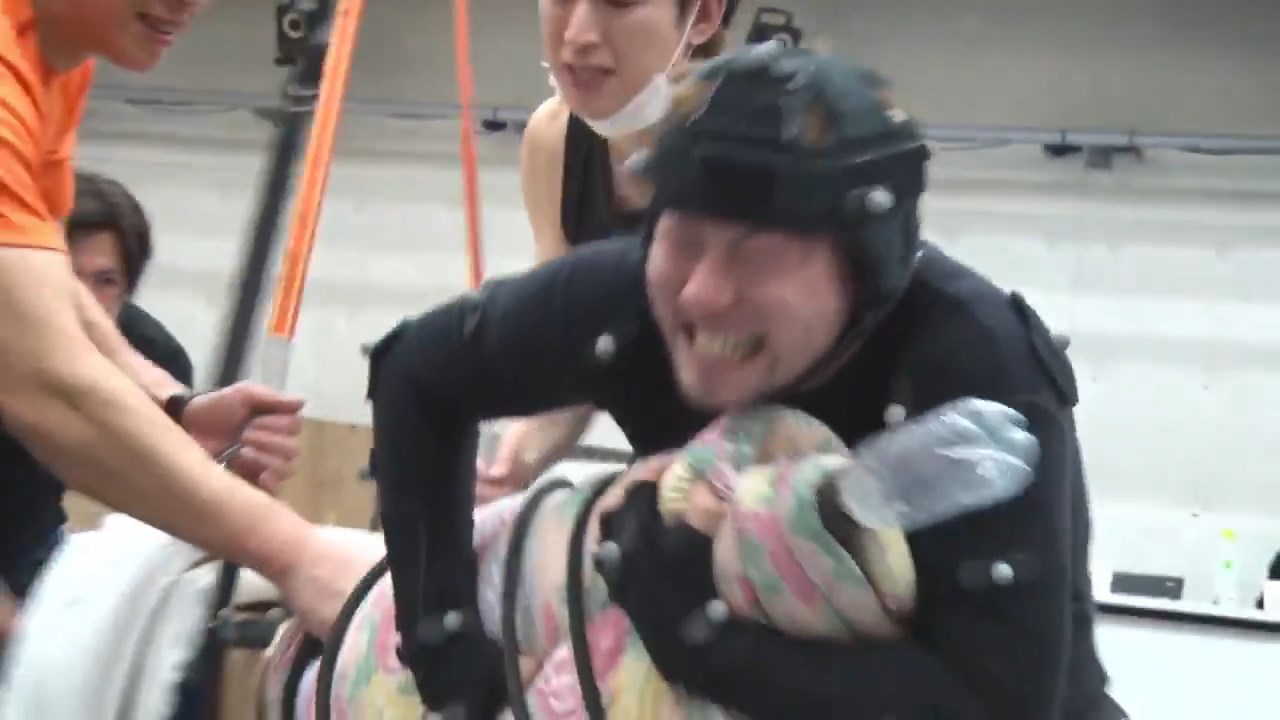 Monster Hunter World: Iceborn, one of the most loved games by gamers, owes much of its success to monster animations, but how do they do it?

Monster Hunter World: Iceborn is a great game and it owes this result not only to the number of monsters, weapons or the size of the maps, but also to the excellent motion capture. By now we are used to seeing monsters behave and move like real animals and for this we have to thank the Capcom actors.

If you remember during the game's launch, we were already able to see the motion in action technique, which was improved upon the arrival of Iceborn. It must be said that the way in which the Rajang, the monster introduced recently in the game, was brought to life, is both spectacular and ridiculous.

Ridiculous because the actor who impersonated the monster had to mimic Rajang's posture and way of doing. Luckily, the Rajang is a monkey and that mimicking its posture was not a serious problem, unlike the other monsters. In this regard Capcom has released on own Twitter profile a video where we see the interaction between the Rajang and a Kirin, an old dragon known for his strength and tenacity by the players.

In the video we see the escamotage taken by the Monster Hunter troupe to be able to shoot the scene where our ape dominates a Kirin. In the clip the actor who plays the Rajang dresses in the classic suit for motion capture, while for the Kirin a puppet was built to mimic its movements. At first glance, the video is a lot of fun, but the effect is extraordinary in the game.

Motion capture remains an obscure part of the development of a video game, sometimes forgotten by those who enjoy it, but very important in order to give life to incredible beings such as Rajang. What do you think of the clip disclosed by Capcom for Monster Hunter World: Iceborn? Did it make you laugh? In the meantime, you have seen the new trailer that invites you to the beta of Disintegration?

NEO: The World Ends with You, new trailer and demo coming tomorrow

Vincenzo Marino - June 24 2021
A patch has been released on Team Fortress 2 that has curbed Valve's ever-growing in-game bot epidemic. The game...
News

Vincenzo Marino - June 24 2021
Netflix and SEGA are working on a series dedicated to the iconic blue hedgehog, called Sonic Prime. It will be published in the course of 2022 and not ...

CrossCode, more players on Xbox One than on other combined platforms