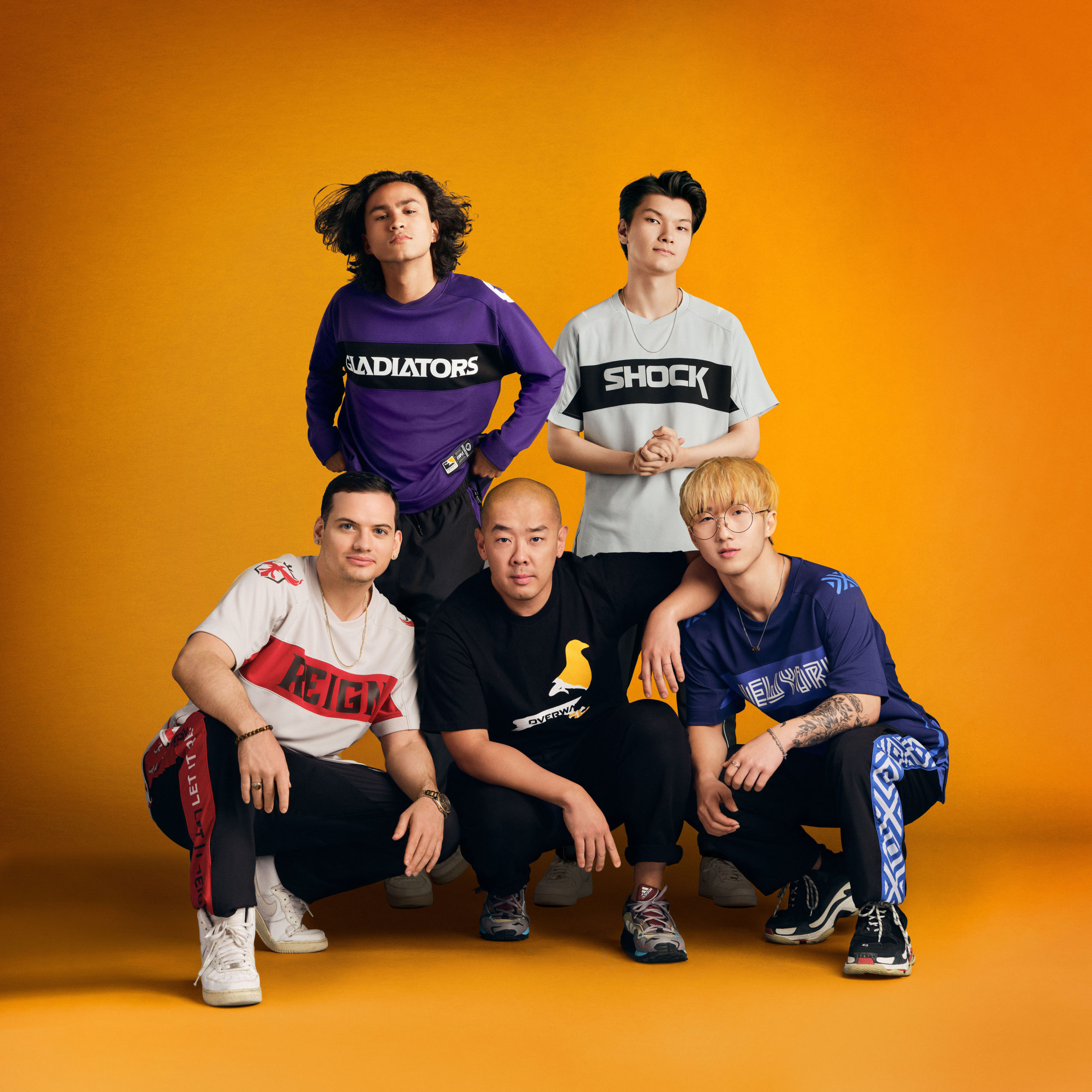 In the 2020 season, which will start on February 8, all 20 teams of the Overwatch League will be equipped with customized kits for home and away games.

IRVINE, California– (BUSINESS WIRE) –Overwatch League ™ today announced an innovative collaboration with stylist and streetwear clothing giant Jeff Staple to reconfigure, design and create an authentic kit for electronic sports players . These new kits, developed taking into consideration the feedback of the players of the Overwatch League for the creation of a unique style from a visual and tactile point of view for both traditional and electronic sports, offer top quality fabrics, advanced graphic applications, new adjustable side gussets for maximum comfort and a cut and sew fit for greater quality and wearability during the game. In the 2020 season, which will start on February 8, all 20 teams of the Overwatch League will be equipped with customized kits for home and away games.

Staple worked with Overwatch League players throughout the design process to ensure that the kits offered a comfortable and functional uniform to wear during the races, while remaining faithful to the aesthetic style that sets Staple apart. The new kits use a perforated mesh fabric to create light and breathable shirts to balance and regulate the temperature of the players to guarantee maximum comfort. The complete kit includes a short-sleeved shirt, a long-sleeved shirt, a jacket, a compression sheath, a hat and a cap for each of the 20 teams in the league.

"This first collaboration of its kind perfectly reflects the evolution of electronic sports that are establishing themselves as a real lifestyle. It is a success for both the Overwatch League and its fans and for the entire electronic sports industry, "said Daniel Cherry, director of marketing at Activision Blizzard Esports. "We are exceptionally pleased to be able to collaborate with our friend, as well as streetwear clothing legend, Jeff Staple, in the creation of these team kits. The close collaboration between our players and Jeff is visible in the refined details of the design under the aesthetic and tactile profile included in the garments. We are looking forward to seeing these garments worn on the city streets of the Overwatch League teams this season. ”

"I have been following electronic sports for years and am a big admirer of what the Overwatch League has accomplished in this area, so I accepted with enthusiasm their request to design the new kits, "said Staple. "It was a more unique and rare opportunity to combine the best of both worlds, electronic sports and streetwear clothing, to create something truly unique and revolutionary. The kits have been developed to meet the specific needs of the players, but they have also been designed as exceptional garments to be worn outside the game arena. "

Staple has been operating in the sector for over twenty years and has established partnerships with many prestigious fashion, lifestyle and entertainment brands. Its inimitable style, characterized by the Staple pigeon logo known all over the world, adds character to the brand of each team.

Fans will be able to order the new OWL X STAPLE shirts in advance from January 28th on the website shop.overwatchleague.com.

Information on the Overwatch League ™

The Overwatch League ™ is the first major global league of professional electronic sports with city teams scattered throughout Asia, Europe and North America. Overwatch® was created by the world-renowned publisher Blizzard Entertainment (a division of Activision Blizzard -Nasdaq: ATVI), whose iconic sagas have helped lay the foundation and expand the boundaries of professional electronic sports over the past 15 years. The most recent in Blizzard's portfolio of twenty-two games ranked first [1], Overwatch was developed specifically for online competitions, with memorable characters and relentless action designed to make the gameplay and create the most engaging experiences possible for the spectators. To get more information about the Overwatch League visit www.overwatchleague.com.

[1] In terms of turnover and / or number of downloads, according to the company's internal documentation and reports prepared by the main distributors.

Known primarily for highly successful titles such as World of Warcraft®, Hearthstone®, Overwatch®, Warcraft®, StarCraft® and Diablo® and the multi-franchise title Heroes of the Storm®, Blizzard Entertainment, Inc. (https://www.blizzard.com), a division of Activision Blizzard (NASDAQ: ATVI), is a prestigious developer and publisher of entertainment software renowned for creating some of the most successful games in the industry. Blizzard Entertainment's achievements include twenty-two games ranked first * and numerous Video Game Awards of the year. The company's online gaming service, Blizzard Battle.net®, is one of the largest in the world, with millions of active players.

* In terms of turnover and / or number of downloads, according to the company's internal documentation and reports drawn up by the main distributors.