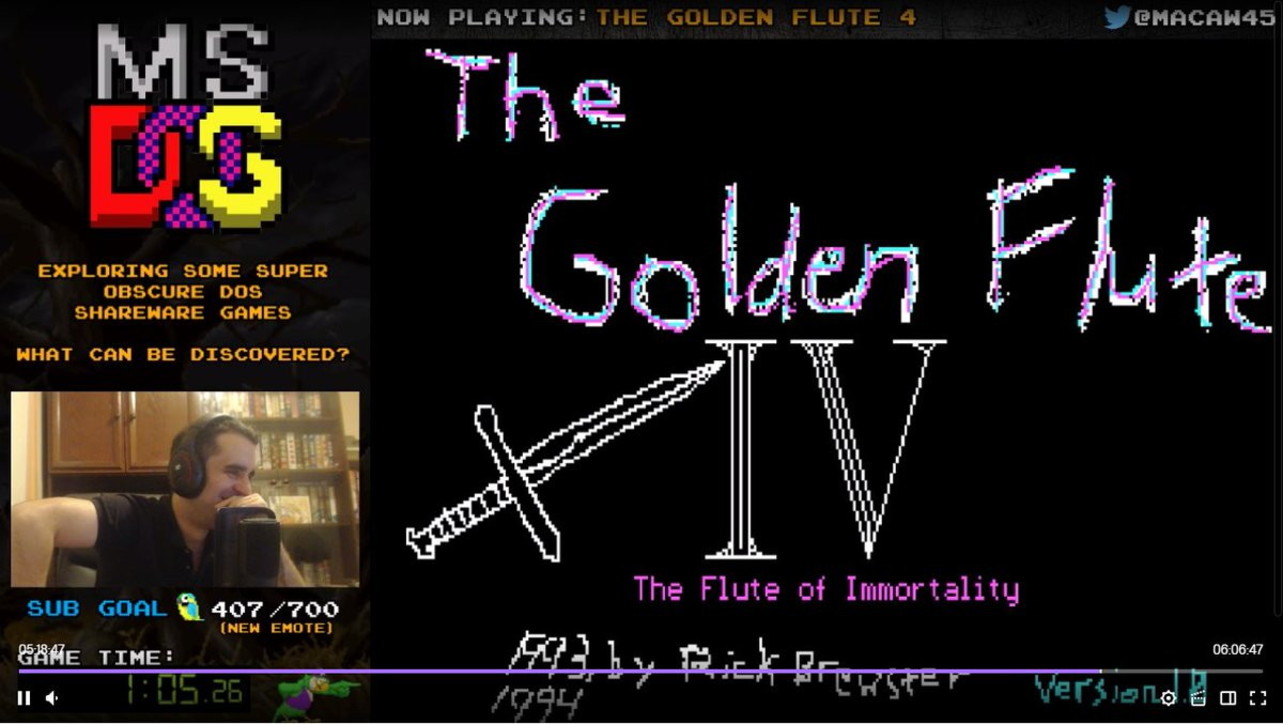 Rick Bewster is the creator of a free image editing tool, Paint.NET. But, back in 1994, he was an early video game developer. One of these, made when he was only 12 years old, was The Golden Flute 4: The Flute of Immortality. Until now Rick believed that his creation had been lost, since the only copy, given to his cousin, had been lost.

However in recent days he has seen Macaw, a streamer specializing in retrogames, play right at his game. Although the streamer did not experience all this enthusiasm in playing the title, Bewster was stunned to realize that the game he had created 25 years ago had survived and somehow ended up on the Internet. He therefore decided to take a word via a tweet, to better explain some details.

Here's the story of a game I made in 1994, when I was 12, that somehow - like some kind of lost, drunken cat - finally found its way home on Christmas Eve after 25 years.

THE GOLDEN FLUTE IV: THE FLUTE OF IMMORTALITY

As Brewster explains, the title was part of a series of fan sequel that the young man had made concerning the textual adventure The Golden Flute. This adventure was contained within a beginner's programming book, so anyone could be able to create their own game. Obviously, the little developer had gone far beyond the banal programming guidelines of the book, thus creating his own personal homage.

Seeing someone play the game you thought lost for 25 years on Twitch must be a really shocking feeling. If you want, you can play The Golden Flute 4: The Flute of Immortality on a browser or download it to play with DOSBox.

After Life, Netflix reveals the release date of the second season