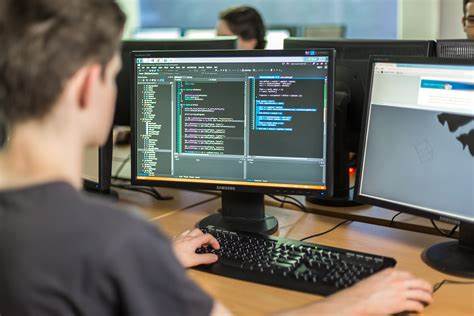 You know, when you start to follow the game esign, for study or personal interest, at some point we will start wanting to produce our project.

The story you will read is precisely a programmer who is passionate about game design from an early age. Rick Brewsten, here is the name of our programmer who at the age of 12 created his first DOS-based role-playing game called: The Golden Flute IV: The Flute of Immortality. The title is based on a 1984 text adventure book that explains how to build your own story. The Golden Flute IV is written on a Tandy 1000TL / 2, practically the clone of an IBM computer.

Rick, via a tread on Twitter, says he saved the game to disk and sent it along with other things to his cousin. From that moment Brewsten believed he had lost the game created in his youth, at least until he appeared on December 13 during a user stream named Micaw, apparently an expert in finding old and forgotten games.

Micaw explored the game for a while and then commented on his thoughts on it: "This game is not very balanced, it seems more the attempt of a guy who would like to create an RPG"

How it ended up on the net is a mystery.

After the appearance on Twich, Brewsten responded to Kotaku's pages giving more explanations on how the game could have ended up in Micaw's hands, even though Brewsten's cousin does not remember ever having uploaded the title on the net. The game is part of the shareware collection "Cream of the Crop 5", but is also present on FidoNet.

The title has now got the curiosity of the network and it seems that Brewsten wants to release the rest of the series.

What do you think of this story? Are you going to look for the game or do you have better hands? In the meantime, you have heard that Damned Enhancement mod development for the emulated version of Red Dead Redemption on PC has been stopped?

Piermatteo Bruno - February 28 2020
The Pokémon Day surprises continue. After the announcement of the new mysterious Pokémon Zarude, the Sword and Shield players will be able to face an old one ...
PC

Pierluca Troiano - February 28 2020
The videogame transpositions of animation works, almost always Japanese, have had and continue to have an uncertain fate, in alternating phases. Many times, it happens ...

Child Of Light - Ubisoft has no plans for a sequel