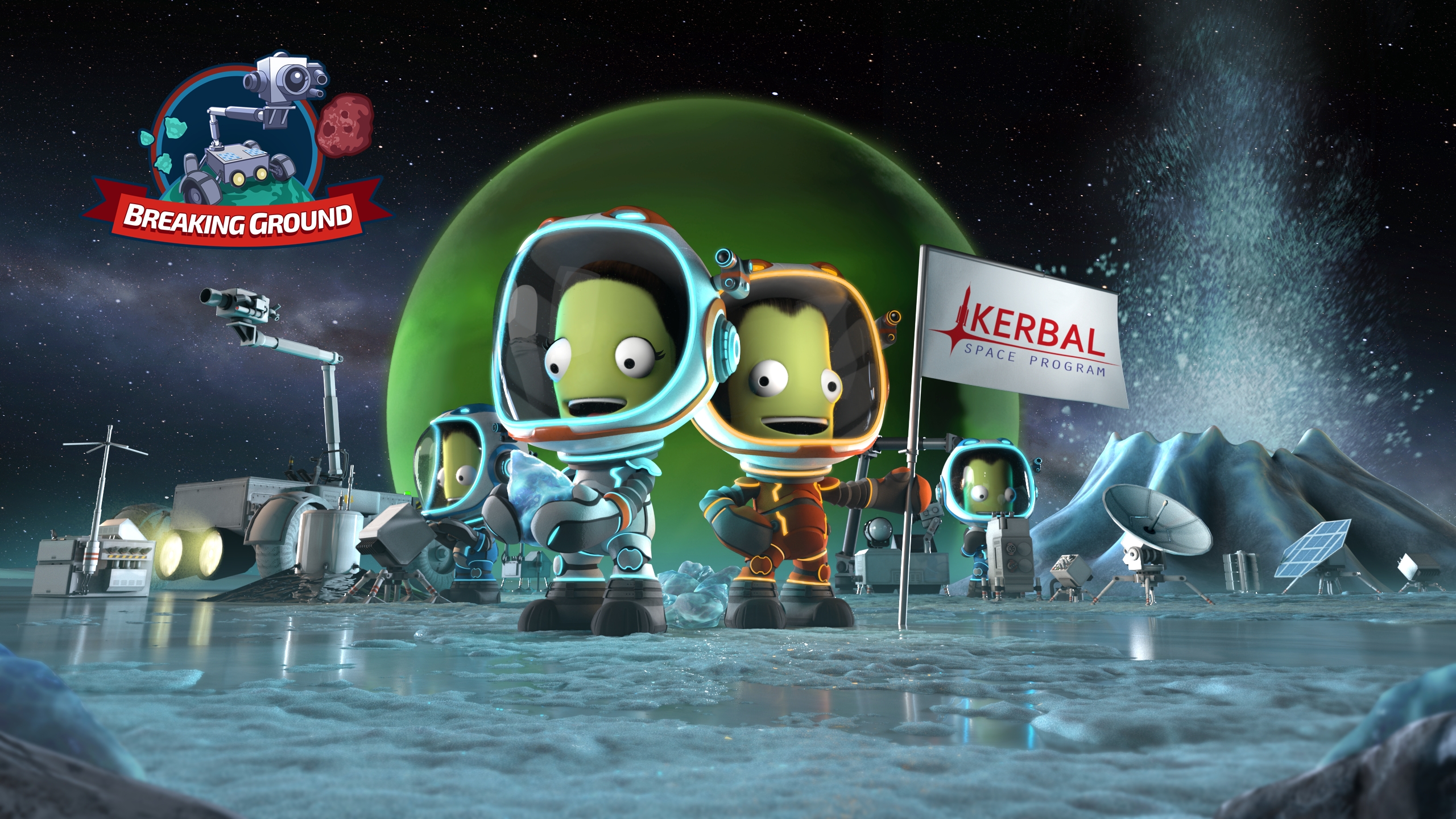 "These new features were highly praised on PC, and we are excited to bring this expansion to our console players," said Nestor Gomez, Lead Producer at Squad. "Kerbal Space Program Enhanced Edition: Breaking Ground enriched their experience by providing tons of new ways to venture across the celestial bodies of the solar system. "

Kerbal Space Program Enhanced Edition: Breaking Ground Expansion brings several new features to improve players' gameplay experience. The expansion introduced in a variety of shapes and sizes, including hinges, rotors, pistons, and more. The addition of these new parts allows players to expand beyond their capabilities in the original Kerbal Space Program Enhanced Edition by providing the ability to create more complex vehicles than ever before.

Additionally, players now have an entirely new way to collect data from celestial bodies through Deployed Science. This feature provides a modular storage container on your vessel that allows various tools such as seismometers, weather collection stations, and more. These instruments can be constructed on planetary surfaces to relay information back to the Kerbal's home planet, increasing the Kerbals' understanding of their solar system.

Kerbal Space Program Enhanced Edition: Breaking Ground Expansion also changes the experience players have when exploring celestial bodies. New surface features are scattered across the system and can be analyzed with a new robotic arm attached to rovers. These surface features include cryovolcanoes, meteorites, craters, and many more mysterious objects for players to investigate. Additionally, the expansion includes a new, futuristic space suit that is included in the expansion so Kerbals can travel to space in style.

"Kerbal Space Program said Michael Cook, Executive Producer at Private Division, "how to get the most out of it." “The game and provide high-quality, great KSP content, we bring in more players and more interest in the science behind it all. "

In Kerbal Space Program Enhanced Edition, you take charge of the space program for the alien race known as the Kerbals. You have a full-featured spacecraft that flies (or doesn't) based on realistic aerodynamic and orbital physics. Launching your crew in orbit and beyond (to keep them alive) to explore the kerbolar solar system, constructing bases and space stations to expand the reach of your expedition.

Kerbal Space Program features three gameplay modes. In Science Mode, perform space experiments to unlock new technology and advance knowledge of Kerbalkind. In Career Mode, including construction, strategy, funding, upgrades, and more. In Sandbox, build any spacecraft you can think of, with all parts and technology in the game.

Kerbal Space Program: Breaking Ground Expansion is now available for Xbox One and PlayStation®4 as well as for PC for $ 14.99 (MSRP). Kerbal Space Program is rated E for Everyone by the ESRB. For more information on Kerbal Space Program, subscribe on the UAF YouTube-channel, follow us on Twitter, become a fan on Facebook, and visit www.KerbalSpaceProgram.com.

Based in Mexico City, Squad is the developer of the critically acclaimed space simulation game, Kerbal Space Program. Comprised of an international team of talented and passionate individuals that love video games, space, and science, they have reinvented themselves into full-time video game development.

Private Division is a developer-focused publisher who empowers independent studios to develop the games that they are passionate about creating, while providing the support they need to make their titles critically and commercially successful on a global scale. The label publishes the Kerbal Space Program franchise, Ancestors: The Humankind Odyssey from Panache Digital Games, and The Outer Worlds from Obsidian Entertainment, and will publish upcoming titles with renowned creative talent at studios including Disintegration from V1 Interactive, Kerbal Space Program 2 from Star Theory Games, and more. Private Division is headquartered in New York City with offices in Seattle, Las Vegas, and Munich. For more information, please visit www.privatedivision.com.

Welcome to the DC FanDome!