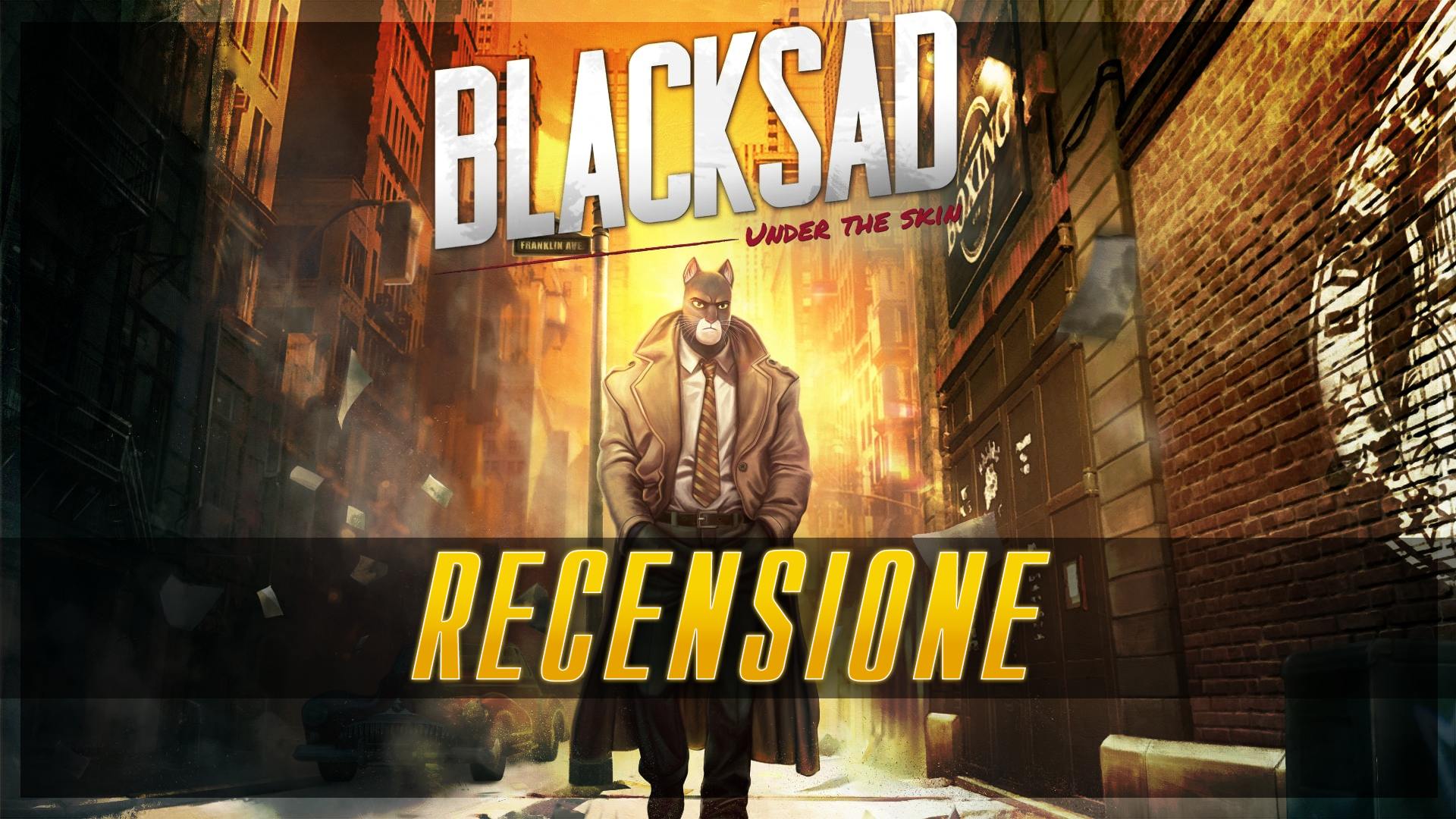 When I first saw the trailer for Blacksad Under the Skin was a Love at first sight. A little because I loved the comic from which it is taken and a little because, in general, I love and prefer the noir-colored readings. In fact, for those who don't know, Blacksad is a famous comic strip written by Juan Díaz Canales and designed by cartoonist Juanjo Guarnido. The unexpected success of the original work has sparked the interest of some publishers in the creation of a video game: it is the case of Microids that, with the collaboration of the Iberian studio Pendulo Studios, bought the rights to create a videogame title strongly inspired by the visual adventures typical of the 90 years ′ , but adding some more recent dynamics that vaguely remind the adventures already seen in the Telltale games.

We find ourselves in the role of John Blacksad, a soldier back from the Second World War who as a profession, he works as a private detective in a decadent New York in the period of end of years 50 ′. Our story is linked to a mysterious case of disappearance. The pretty one Sonia Dunn has a case for the detective: after suddenly finding himself having to manage his father's gym because of his terrible suicide, the girl also witnessed a disappearance: the sample of the gym Bobby Yale, that he had an organized meeting at Madison Square Garden, it has disappeared for days without leaving any trace of itself. Unfortunately Sonia cannot even cancel the Boxing match otherwise she would be forced to pay a heavy fine or alternatively sell the gym, the only source of her (scarce) earnings. Will Blacksad be able to solve the case? Among the search for various clues, using his instinct, our detective is ready to do anything to find the truth, even with regards to the most dangerous cases.

La plot, I assure you, could remember one of the best film noir of the years 50 ′, probably also thanks to the help of a wonderful soundtrack, perhaps in some places slightly stereotyped, which succeeds in the magic of involving the player, representing adequately the events. Fortunately music is not the only merit present in the title: the developers have played a great job with regards to character design, managing to make every single character interesting present in the game, faithfully reproducing the comics counterparts. Another merit note concerns the dubbing, well cared for and certainly very immersive.

Unfortunately, the only true notes out of tune, concern the technical and graphic sector. The latter fails to meet expectations due to the (and numerous) constants technical problems due, probably, to a poor revision during the closure of the project. Moreover, being aware that the videogame is taken from a comic book, the graphics it should theoretically raise its value. therefore find problems due to the latter brought me great sorrow, because not only makes the visually less graceful gameplay, but also disappoints great expectations of those who loved the original work.

If in the case of comics, the focus is mainly on the visual style, in the case of videogames, a fundamental factor is the gameplay. In Blacksad: Under the Skin one of the most important components are the exploration of game maps, where the player is forced to look for clues to find directions to resolve the case. Each individual interaction is saved in a block notes virtual, which we can consult (by pressing the L1 button) for to better understand certain characteristics of some characters and for understand the story better if there were any doubts.

In the title there is also a section dedicated to deductions (R1 key) where, depending on the clues we gather, we can draw conclusions and discover truths useful for solving the case. Therefore, for most of the game, we find ourselves forced to interact with the people and objects made available in the various locations in order to find clues, a bit like in old point-and-click video games.

Fortunately, the video game is not based only on the search for objects and clues, but also on theinvestigate and interact with the characters in the game world. Whenever you speak to a suspect, they appear at the player's disposal quick time event where, for about 30 seconds, the player has to choose answers to give and, depending on the latter, structuring the character of the mysterious detective. Obviously the answers must be weighed well, given that, once selected, they have a specific weight on the evolution of history. However, if you are not satisfied with the answer given, on a special menu it is possible to go back and modify the wrong choice if necessary.

Although the premises are decidedly interesting, the title still has many flaws: in addition to the already mentioned ones graphic and technical problems (of which we will discuss this success later), the game system, when we take the role of Blacksad, he introduces himself excessively slow compared to modern standards. There walk that our detective keeps for the duration of the game is ... slow. There is no way to speed it up. The unfortunate choice of design, probably, was designed to try to better identify the player with Blacksad, making it easier to search for clues, but the effect obtained is the opposite of what was originally desired by the creators. In my case I only felt a lot of frustration, even when I actually found something, because of the rhythms that in some cases were too slow.

As noted above, moreover, there are numerous bugs and errors and they tend to kill the fun of the game, lowering consequently also the emotional involvement of the story. Pass the problems related to some cutscenes that manifest themselves in sharp advance compared to when requested or some game scenes that appear slightly out of focus, especially when you will have to use the "sense of cat"Which is nothing more than a method to deepen, through the senses of sight, hearing and smell, the interlocutor with whom you will be facing, but I find it inadmissible that in a title of the 2019, because of annoying autosaves, forcing you to have to start the work all over again. I got trapped without being able to get out, due to a bug that unfortunately made it impossible for me to continue the story just a few steps from the conclusion. I do not know whether to believe that my case is due to bad luck (I believe little) or to the aforementioned rough realization by developers and testers, hypothesis that I tend to believe is definitely the most probable.

In any case, I completed the video game, despite the incident reported above, in about two and a half hours. 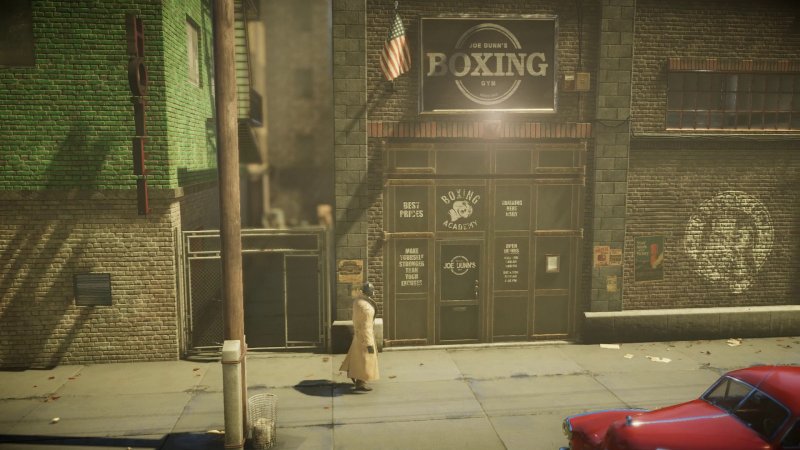 Blacksad Under the Skin is the latest example of how a video game from another medium should NOT be played. Although the plot may be interesting and faithful to the paper counterpart, the development of the game was not as well supported as the original work, thus making it a little enjoyable video game. A pity, considering that history had a lot of potential. However, for those wishing to venture into this crazy adventure, the video game is available on all platforms at price of € 39,99.

[18+] Creative director of Scavengers Studio is under indictment for ...

Piermatteo Bruno - January 26 2021
Scavengers Studio, the developer behind games like Seasons and the ill-fated The Darwin Project, has been deemed a toxic environment by more than nine ex-employees ...
News

Andrea Schietroma - January 26 2021
Apex Legends is heading towards the conclusion of its seventh season and the consequent start of the eighth, where several new features will land in the battle royale ...