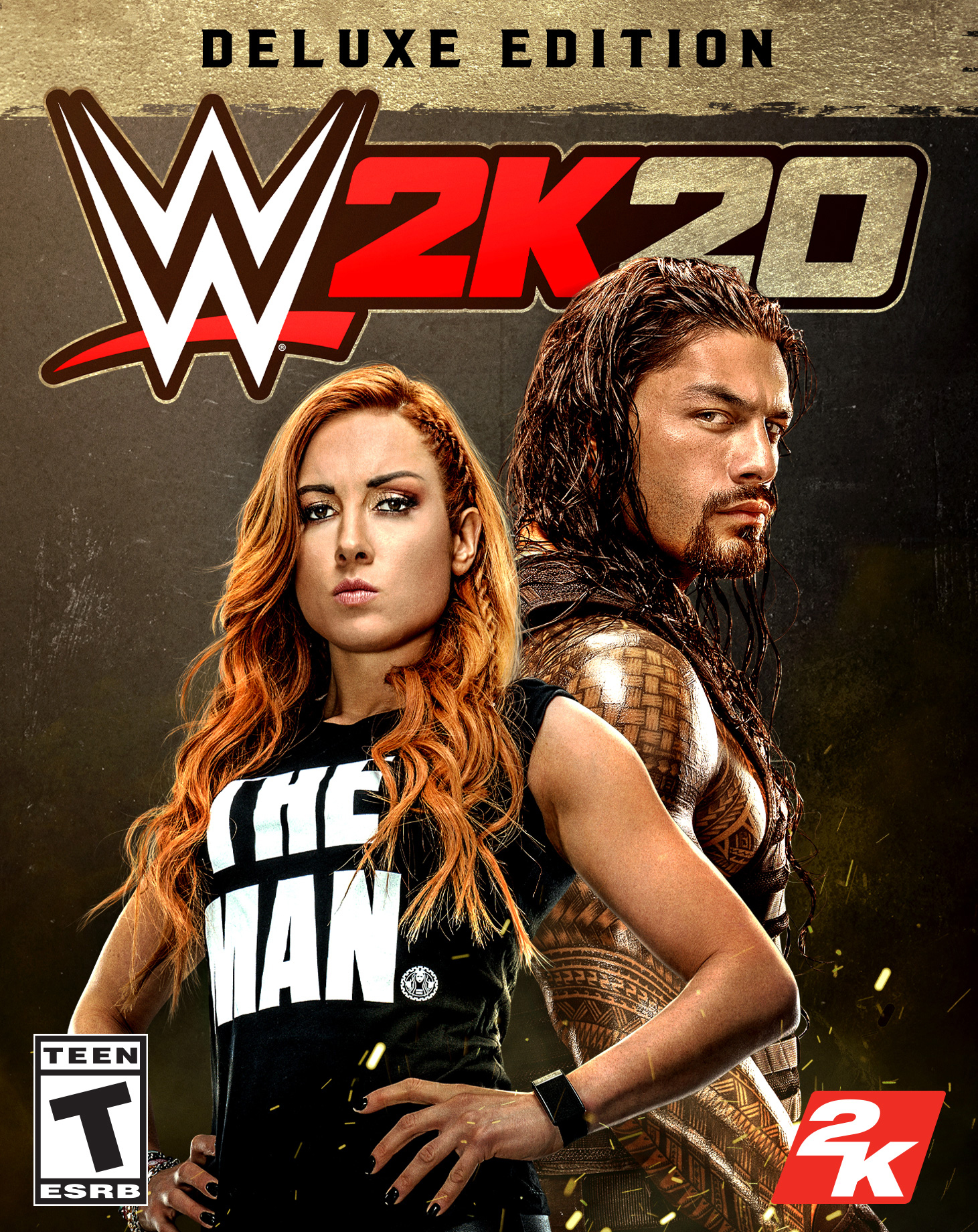 "We're incredibly excited to invite players into the world of WWE with a deeper, more personal experience than we've ever offered," said Greg Thomas, President at Visual Concepts. “Our goal was to create more immersive and representative experience than ever before, with game modes, options, updates and refinements that we hope will welcome back fans and welcome new players. We are really excited to drive the WWE 2K franchise into the future and show players Visual Concepts has to offer. "

Developed by Visual Concepts, at 2K studio, WWE 2K20 is rated “T” for Teen by the ESRB. WWE 2K20 is now available worldwide for the PS4 ™ system, Xbox One and Windows PC. For more information on WWE 2K20 and 2K, visit wwe.2k.com, become a fan on Facebook, follow the game on Twitter and Instagram using the hashtag #WWE2K20 or subscribe on YouTube.

WWE, a publicly traded company (NYSE: WWE), is an integrated media organization and recognized leader in global entertainment. The company consists of a portfolio of businesses that create and deliver original content. WWE is committed to family-friendly entertainment on its television programming, pay-per-view, digital media and publishing platforms. WWE's TV-PG, family-friendly programming can be seen in more than 52 million homes worldwide in 800 languages. WWE Network, the first-ever 28 / 24 over-the-top premium network that includes all live pay-per-views, scheduled programming, and massive video-on-demand libraries, is currently available in more than 7 countries. The company is headquartered in Stamford, Conn., With offices in New York, Los Angeles, London, Mexico City, Mumbai, Shanghai, Singapore, Dubai, Munich and Tokyo.

Additional information on WWE (NYSE: WWE) can be found at wwe.com and corporate.wwe.com. For information on our global activities, go to http://www.wwe.com/worldwide/.

Trademarks: All WWE programming, talent names, images, likenesses, slogans, wrestling moves, trademarks, logos and copyrights are the exclusive property of WWE and its subsidiaries. Other trademarks are their respective owners.

Forward-Looking Statements: This press release contains forward-looking statements to make certain provisions of the Securities Litigation Reform Act of 1995, which are subject to various risks and uncertainties. These risks and uncertainties includes, without limitation, risks relating to: WWE Network; major distribution agreements; our need to continue to develop creative and entertaining programs and events; to decline in the popularity of our brand of sports entertainment; the continued importance of key performers and the services of Vincent K. McMahon; possible adverse changes in the regulatory atmosphere and related private sector initiatives; the most competitive, rapidly changing and more fragmented nature of the markets in which we operate more financial resources or marketplaces uncertainties associated with international markets; our ability to promote and carry out live events and / or other businesses if we do not comply with applicable regulations; our dependence on intellectual property rights; the complexity of our rights agreements across distribution mechanisms and geographical areas; potential liability in the event of accidents or injuries occurring during the physically demanding events including, without limitation, claims relating to CTE; large public events as well as travel to and from such events; our feature film business; our expansion into new or complementary businesses and / or strategic investments; our computer systems and online operations; a possible decline in general economic conditions and disruption in financial markets; our accounts receivable; our revolving credit facility; litigation; our financial performance, which could adversely affect our stock; Vincent K. McMahon exercising control over our affairs, and his interests may conflict with the holders of our Class A common stock; a large number of shares which could be bought by the McMahons and the sale; and the relatively small public "float" of our Class A common stock. In addition, our financial results and conditions, contractual and legal restrictions on the payment of dividends (including under our revolving credit facility), general economic and competitive conditions and such other factors as our Board of Directors may consider relevant. Forward-looking statements made by the Company. Speak only as of the date made, are subject to change without obligation of the Company to update or revise them, and not to be placed on these statements.

The statements contained herein which are not considered facts forward-looking statements may be identified by words such as "anticipates," "believes," "estimates," "expects," "intends," "plans, "" Potential, "" predicts, "" projects, "" seeks, "" should, "" will, "or words of similar meaning and include, but not limited to, statements regarding the outlook for the Company's future business and financial performance. Such forward-looking statements are based on the current beliefs of management as well as assumptions made by information, with inherent uncertainties, risks and changes in circumstances that are difficult to predict. Actual outcomes and results may vary materially from these forward-looking statements based on risks and uncertainties, including dependencies on key management and product development, our dependence on our products. the timely release and significant market acceptance of our games. 10-K, the Company's most recent Quarterly Report on Form 10-K, the Company's most recent Quarterly Report on Form XNUMX-Q, and the Company's other periodic filings with the SEC, which can be accessed at http://www.take2games.com/. The following statements are made by these cautionary statements. The Company undertakes no obligation to update any forward-looking statements, whether as a result of new information, future events or otherwise.

A Whole New Way to Play the Virginia Lottery