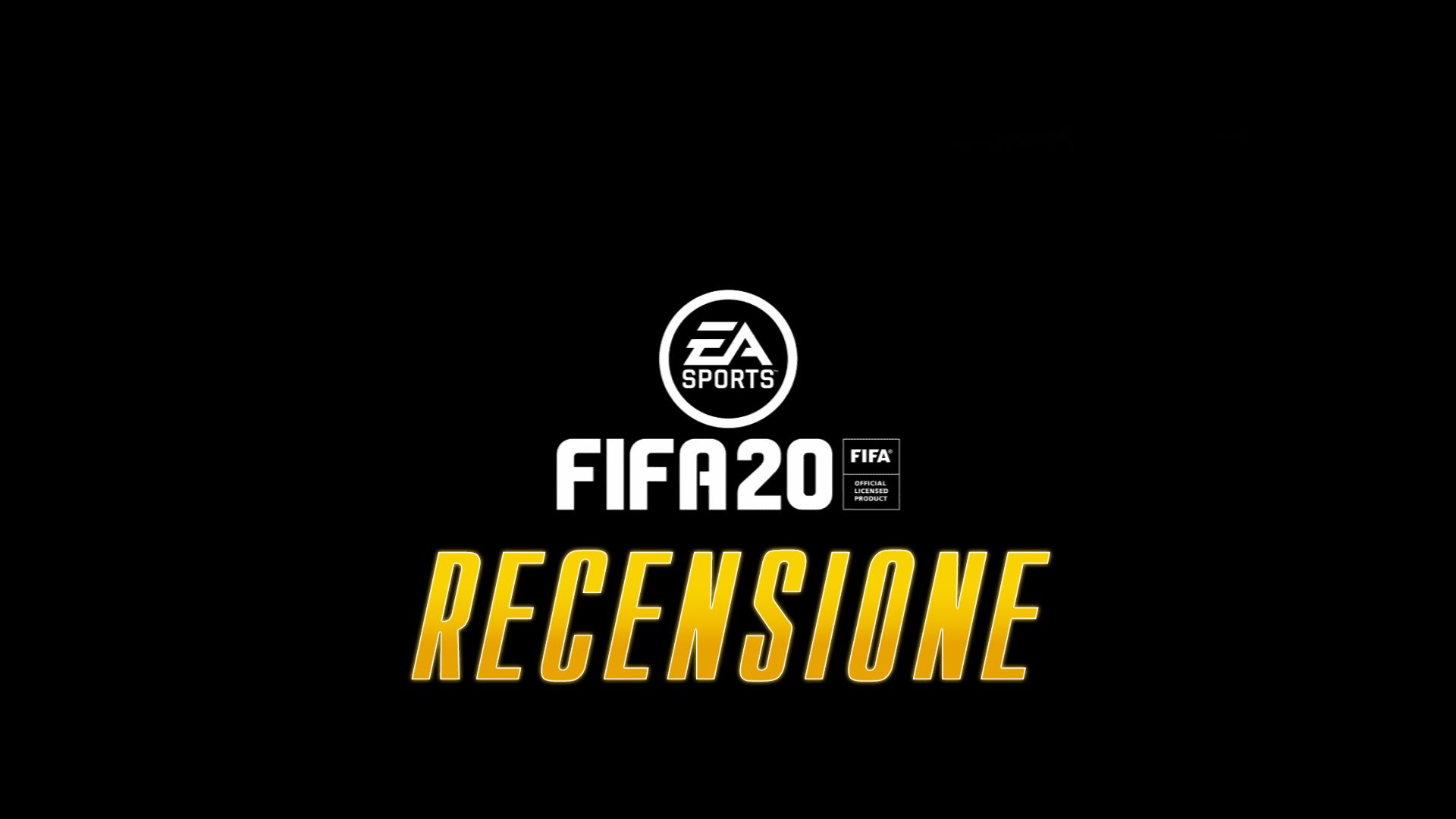 It's been out a while, but I didn't want to and I couldn't miss the chance to have my say on a game like FIFA 20. Needless to deny it: most of my adolescence was filled with hours and hours of playing in front of football titles, accompanied by old friends. The first to buy the new Play Station was doomed to welcome the whole brigade, ready to try the new PES / FIFA on duty.
This year, more than ever, after a long unconditional FIFA domain, many have returned to wonder: better PES or FIFA? The doubt is now instilled and the EA will have to do everything to send back to the sender every perplexity and hesitation. Will they have succeeded this year already? Let's find out together. 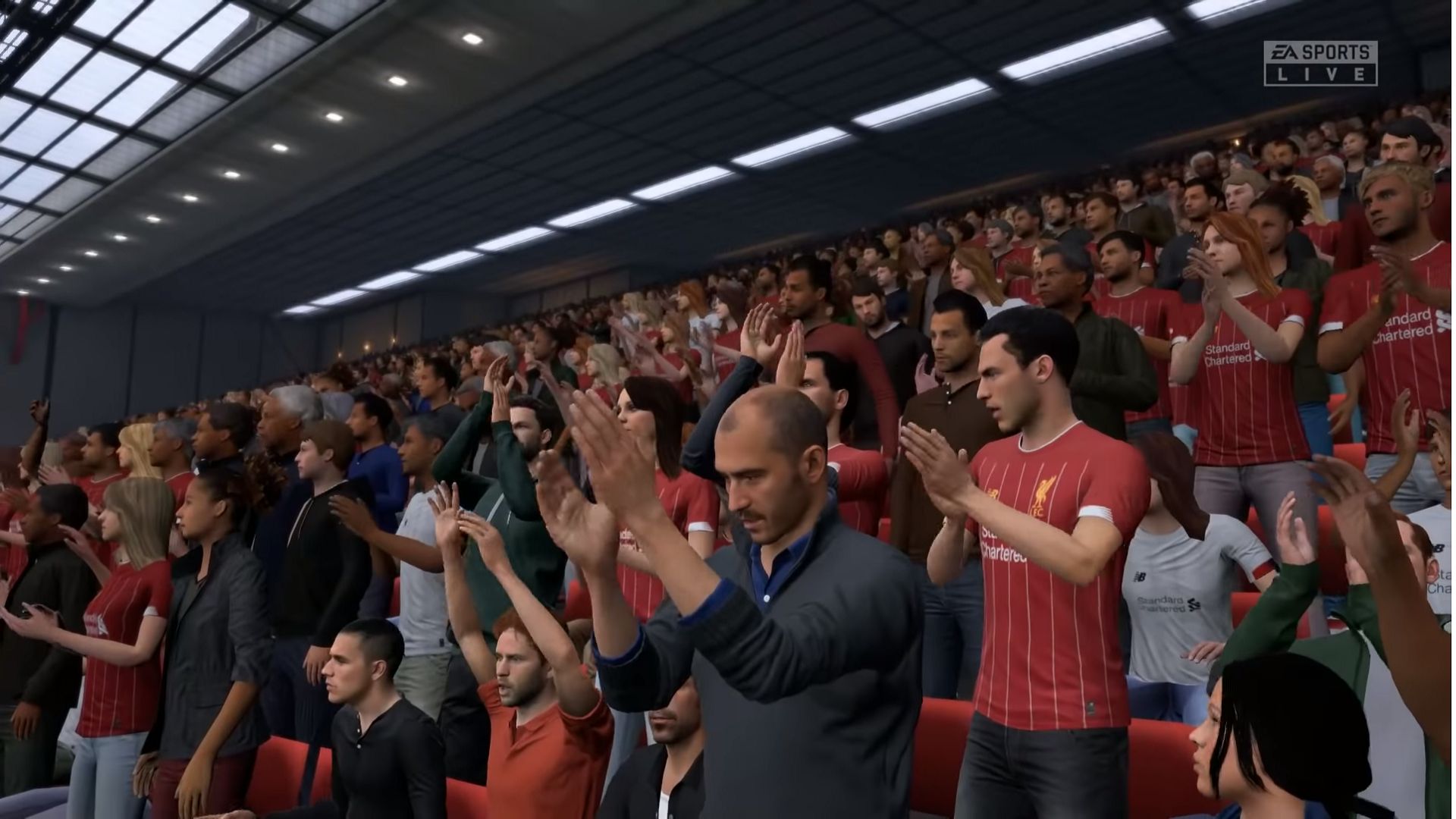 How the ball turns?

This year the FIFA 20 gameplay has undergone significant changes. Attention: this does not necessarily mean that the game has improved.
The first great revolution is given by the new system of punishment and penalties. Without a few hours of targeted training, even striking a penalty now can be extremely complicated. Which, in addition to the initial expletives, gives some movement and "suspense" in situations that, last year, would have been already written.
As for punishment, it has become practically impossible to pull them, successfully, second. In fact, the defending player always manages to cover the mirror before the attacker is able to shoot at the goal. In a nutshell: learn to beat the punishments of before.
Speaking of standing kicks, the odious "script" of the cross at the first corner from the corner was finally fixed. On the other hand, however, it has become virtually impossible to score. IMPOSSIBLE.
The management of the aerial game is perhaps the most controversial point of FIFA 20. If during the defensive phase it has been decidedly improved (now the positioning really counts, as well as the player's tonnage and the timing in pressing the keys), during the offensive phase our attackers suddenly become hallucinatory pitchers. Beyond the necessary pressure to be given to the shot (very little or the ball spurts into the curve), it almost seems that, in head shots, the steering system is set to Manual. Seeing is believing.
In the middle of the field the game is decidedly slower and, again this year, instead of the maneuver it was preferred to give space to raids on the wings and to 1 against 1. Speed ​​continues to be one of the key features and this year it is not enough to support Werner on duty and throw him down with the contrast; if you don't already have the slightest advantage, many of our contrasts simply fail. Pressing O and defending is therefore more difficult, forcing us to choose carefully when and how to do every single intervention. Also because, this year, the yellow cards are really easy to receive. On the other hand, the duration of the benefits is finally human and if you decide to continue the action the phallus is no longer assigned.
Still talking about the defensive phase, the infamous upturns to sweep / pass the ball are back (without anyone having asked). Besides being simply surreal, seeing people like Miranda or Sule turn around and get up in the air is really funny.
The shots unfortunately remain those of last year, with the scripted tiles that have remained unchanged and with the pitches simply OP. The only small change has been made to shots from outside, now tend to be more difficult to manage.
Then we come to what is, without a doubt, the really noteworthy feature of this FIFA 20: the "Palla Matta" mode. Last year some special modalities had already been introduced but, this year, with "Palla Matta" the EA has really been overcome. In a nutshell, every time the ball comes out, one of the 5 bonuses is randomly assigned: bonuses for shooting, speed, passing, dribbling, everything. What's more, the goal value also changes every time the ball leaves the field. I can assure you that, together with a friend, "Palla Matta" gives you hours and hours of unbridled, almost arcade fun. 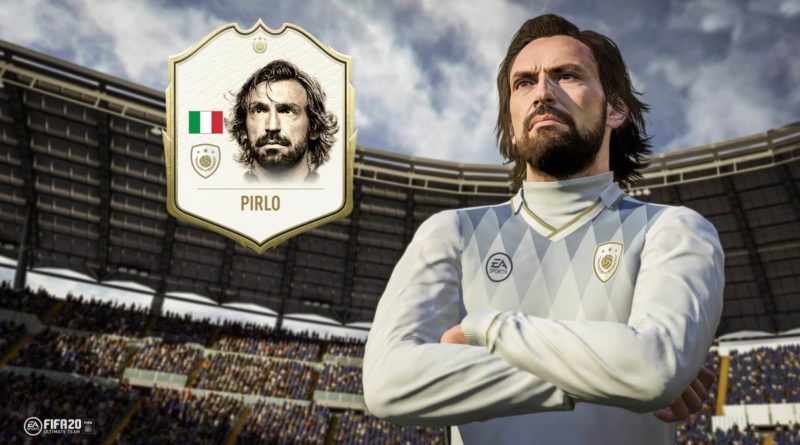 Let's move on to FUT

If we talk about FIFA, we talk about FUT. The same Fifa Ultimate Team that, in a nutshell, guaranteed EA more user loyalty than anything else.
Talking about loyalty, in FIFA 20 users always have something to do thanks to the introduction of the "Seasons", a kind of free battle pass that, when you reach each level, guarantees not bad rewards, including packages. To increase the level, daily, weekly and monthly missions have been introduced which give the player an always valid reason to connect.
The rose management menu has been greatly improved, making many commands faster and more accessible, such as using consumables or exchanging players.
Also this year obviously there could not be missing bugged and / or overrated players: above all Sancho, who is still wondering where that 84 came from that EA has given him. Also noteworthy are Malcuit, Sule, Laporte, Malen and Sissoko. I do not want to anticipate anything else, you will find out for yourself who the new culprits of the various Madonnas you will be forced to launch will be.
Squad Battles, Rivals and WL instead maintain their traditional set-up, both in terms of prizes and in terms of their structure.
A praise goes to the new management of the friendlies: in addition to introducing the various special modes (such as "Palla Matta") on FUT, playing games with our friends allows us to consume neither contracts nor physical fitness. Finally.
On the Legends front, many names have been added, Pirlo and Drogba on all.
As a Roman and Romanist, however, I can only condemn the continuing absence of FRANCESCO TOTTI. 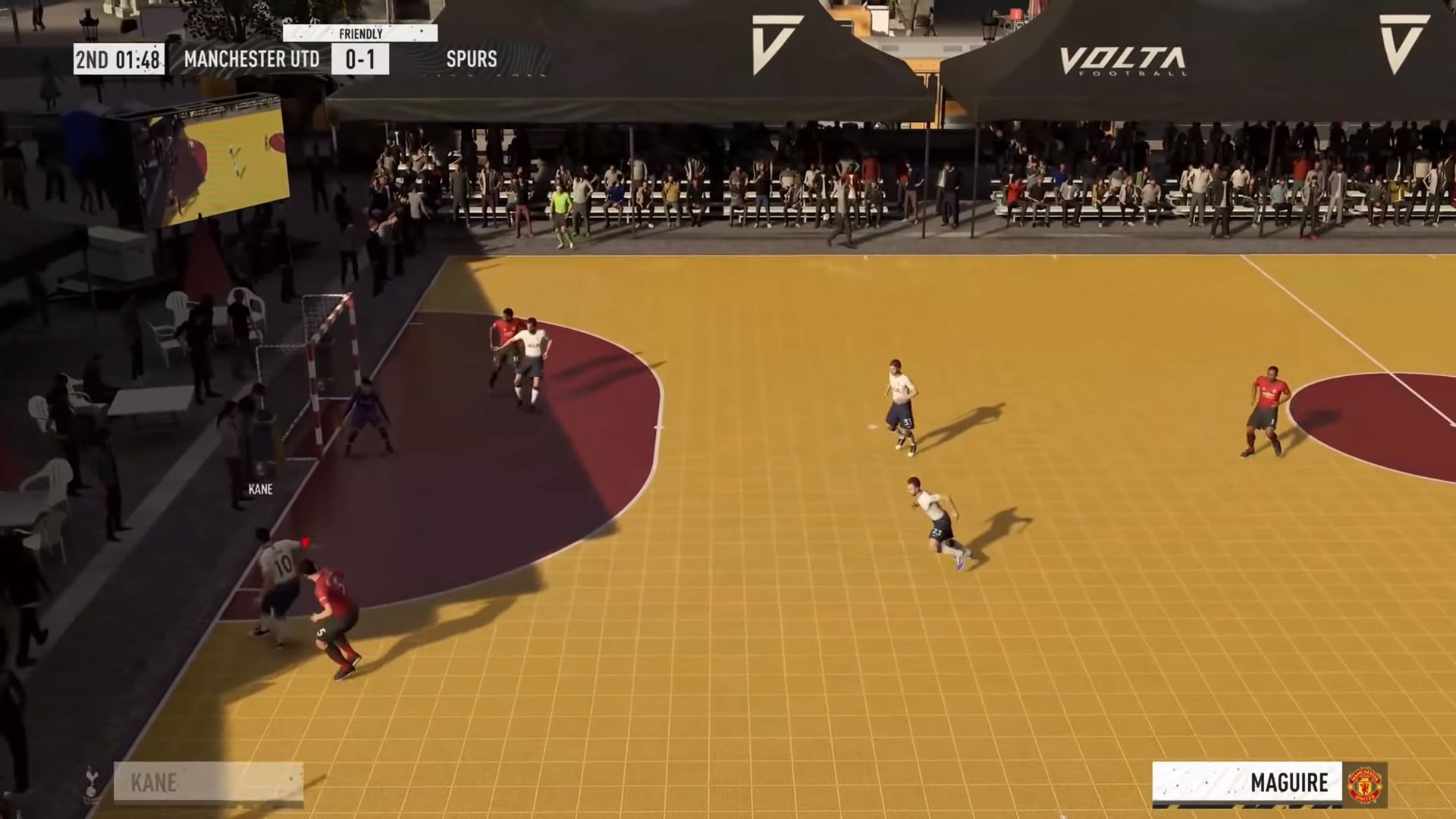 We can not stop for a second on Volta, the mode that most of all had to characterize this FIFA 20. After his announcement, I was personally amazed and happy at the same time. Just like for "Palla Matta", a similar FIFA Street would have guaranteed the game a lot more durability and more fun. So, unfortunately, it wasn't. Not even the shadow of FIFA Street, if by FIFA Street we mean "cartoon" graphics, unbelievable footwork and shots from every position and in every way.
Volta is simply a FIFA 3v3, 4v4 or 5v5. Unattainable, as well as simply unplayable. I will be exaggerated, extreme, but, personally, Volta makes no sense to exist. A thousand times I would have preferred something more spectacular, sensationalistic, surreal. Just like FIFA Street, in fact. Big missed opportunity.

As for the technical sector, FIFA 20 is the strong copy of FIFA 19 (the copy provided to us by the EA is for PS4). The graphic engine used, the Frostbite, has in fact remained the same without any kind of alterations. Nothing serious, if it were not that even the careless players in the last chapter have remained the same (RIP Ribéry, lol). One more effort could certainly be made.
A small disappointment, however, the choice of the soundtrack. This is probably the only year in which I could not appreciate more than 2 / 3 songs present in the game. Furthermore, not letting the artist and song appear on screen certainly does not help. Too bad, after having Billie Eilish, Gorillaz, Nine Inch Nails, Hans Zimmer etc in her ranks 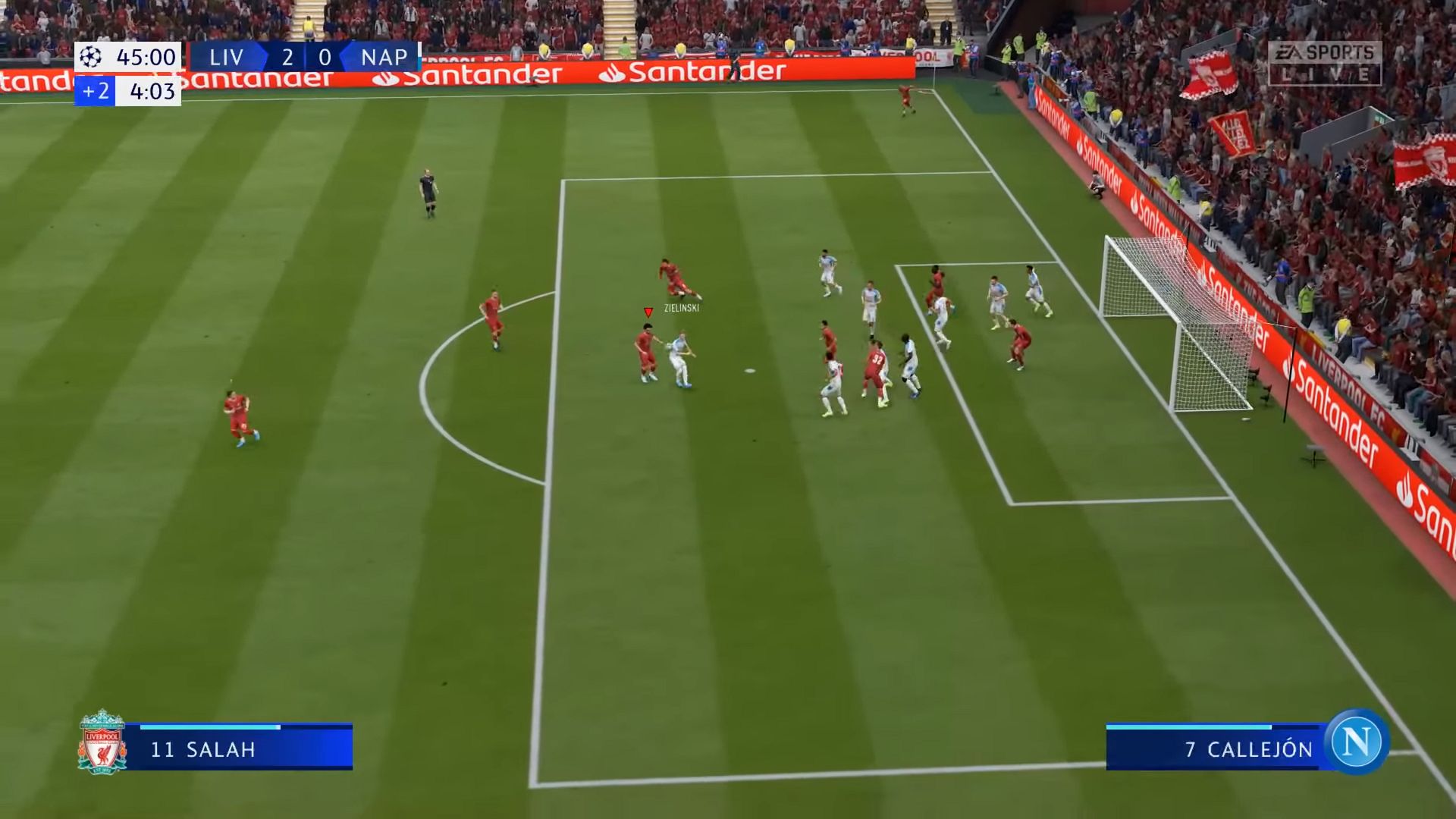 It's time to take stock. I could not answer the question "better FIFA 20 or PES?" With certainty. After years of assiduous play, however, one thing I can undoubtedly affirm with force: FIFA is now reaping revenue. Not that there is, in itself, anything bad: FUT continues to convince just like the first year and, after all, we still talk about the revival of a gameplay that, like it or not, has glued millions of players on the screen.
On the other hand, Volta, which was to be the strength and breaking point of this chapter, proved to be (unfortunately) a great missed opportunity. If I talk about lost opportunity and not failure it is because I, like many others, believed in it and really hoped for it.
Let us not forget, however, that the arrival of the next gen is near and probably that will be the moment when EA will really have to go back to showing its claws.

PS: for all those who make irony about the "Piemonte Calcio", don't forget about the other game teams, like London Blue, Merseyside Red and, speaking of Juventus, PM Black and White.