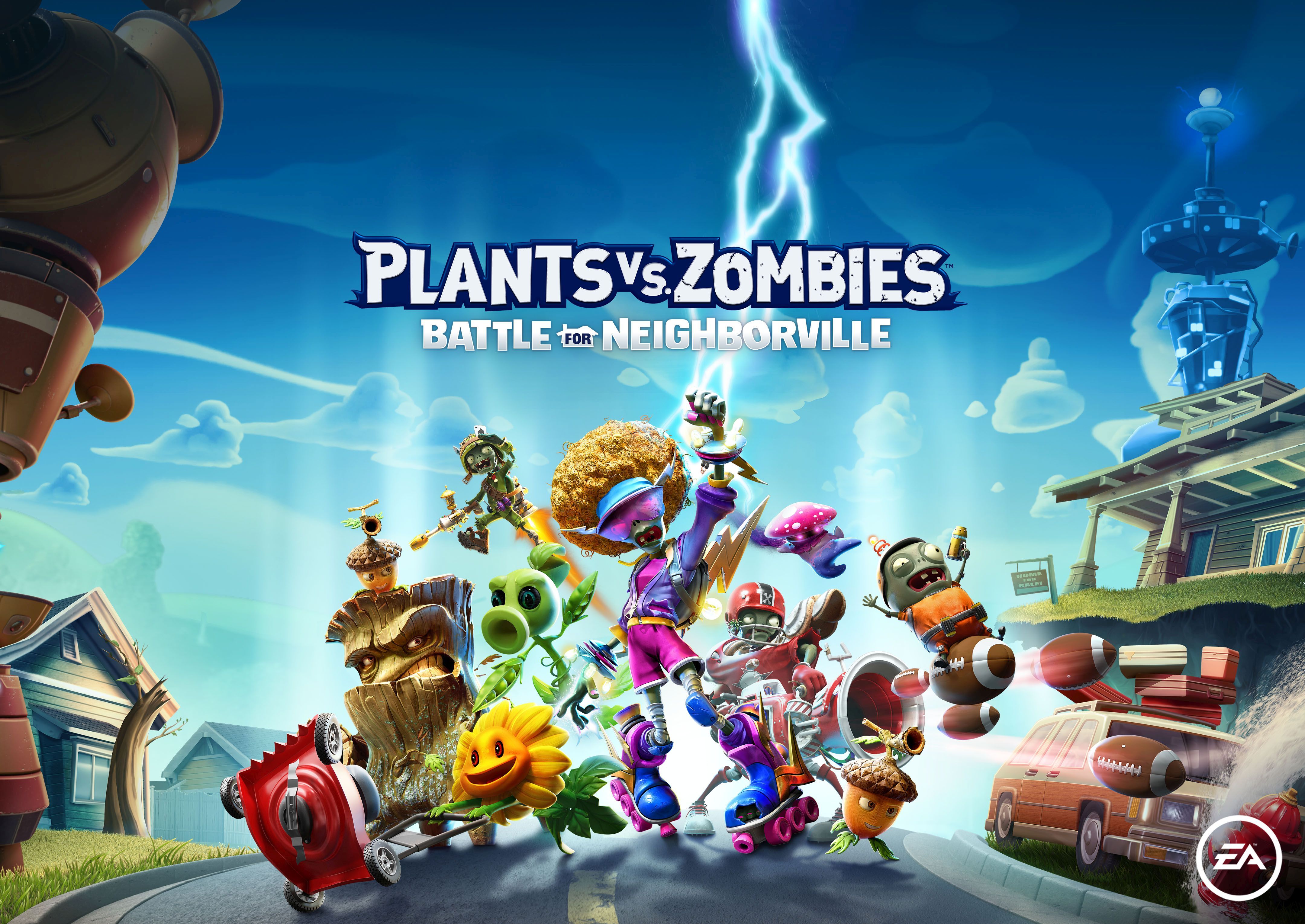 Prepare to Kick Some Grass with the Wackiest Shooter Experience;
Standard and Deluxe Editions Now Available on PS4, Xbox One and PC

REDWOOD CITY, Calif .– (BUSINESS WIRE) –PopCap ™, creator of one of the world's most beloved video game franchises and a study of Electronic Arts Inc. (NASDAQ: EA), today announced that Plants vs. Zombies: Battle for Neighborville ™ is now available in stores and for digital download on PlayStation®4, Xbox One®, and PC via Origin ™.

The newest entry in the world's worst shooter franchise features the expansive suburban region of Neighborville where another conflict between the brain and botanicals is brewing. The battle continues to bloom with three free regions that will have players kicking grass beyond the town. With 20 fully customizable character classes, six glorious online multiplayer modes and the new Giddy Park social region, Plants vs. Zombies: Battle for Neighborville is freshly picked contented with players of all walks of life.

“We're thrilled for adventure-seeking neighbors around the world to fully experience our biggest and most accessible shooter ever with Plants vs Zombies: Battle for Neighborville,"Said Rob Davidson, Game Director at PopCap in Vancouver. "We set out to release an early version of our game that could have been performed, heard to feedback and establish a more stable launch. We are very happy to welcome you on this journey. "

Like the previous Plants vs. Zombies ™ shooter titles, over-the-top multiplayer gameplay continues to plant itself at the core of Plants vs. Zombies: Battle for Neighborville with six online multiplayer modes including the new and frenetic 4v4 Battle Arena in the Funderdome. Alongside returning character favorites such as Peashooter, Sunflower, Imp and Mech and Soldier, players will bring even more depth to the all-out botanical battle with six newly-sprouted faces Snapdragon, and a new zombie of few words and fewer thoughts, 80s Action Hero. Also, the lineup is the team Play the character class Where to play together with the plants and space for the Zombie faction. All the characters can get decked out with the wildest customizations yet.

Ridiculous quests, vibrant cosmetics and familiar casts of zany characters are scattered across the game's three regions, the familiar central location of Neighborville Town Center, as well as adventuring through the outer edges of Neighborville in the hot and dusty Mount Steep , and the lush and strange Weirding Woods. Players can join forces in split screen co-op * and online co-op across every mode, whether it is battling through the flourishing free-roam regions or jumping into online multiplayer battles.

In addition, players can jump into the new Giddy Park social region in-between the action to engage in light multiplayer battles, Giddy Park also includes a target to test and catchy tune. Transformative monthly events such as spooky events.

Plants vs. Zombies: Battle for Neighborville Standard Edition includes the full base game for $ 39.99 **. The Deluxe Edition includes 2 legendary costumes for Peashooter and 80s Action Hero, an exclusive Battle for Neighborville digital comic and 5 emojis for $ 49.99 **. Passionate fans who purchased the Founder's Edition, an early edition of the game with exclusive cosmetic rewards, won't miss a beat as their game progression Those who purchased the Founder Edition or Standard Edition can upgrade to the digital Deluxe Edition for $ 9.99 ** USD today.

EA Access *** and Origin ™ Access *** Basic subscribers can enjoy up to 10 hours of play time, along with 10% off the purchase of the full game. Origin Access Premier subscribers get the benefits of subscribing.

* SPLIT SCREEN COUCH-OP ONLY AVAILABLE ON PS4 / XBOX ONE.

** References to the Deluxe Edition and Standard Edition pricing are based on EA's MSRP.

*** CONDITIONS, LIMITATIONS AND EXCLUSIONS APPLY. IF IT'S ea.com/ea-access/terms AND origin.com/store/origin-access/terms FOR DETAILS.

EA SPORTS, PopCap, Origin, Battlefield, Apex Legends, The Sims, Need for Speed, Titanfall, Plants vs. Zombies and Plants vs. Zombies: Battle for Neighborville are trademarks of Electronic Arts Inc. © FIFA and FIFA's Official Licensed Product Logo are copyrights and / or trademarks of FIFA. All rights reserved. Manufactured under license by Electronic Arts Inc. John Madden and NFL are the owners of their respective owners and used with permission. PlayStation is a registered trademark of Sony Computer Entertainment Inc.

Summary: Panasonic explains the future of mobility, entertainment at CES 2020 ...