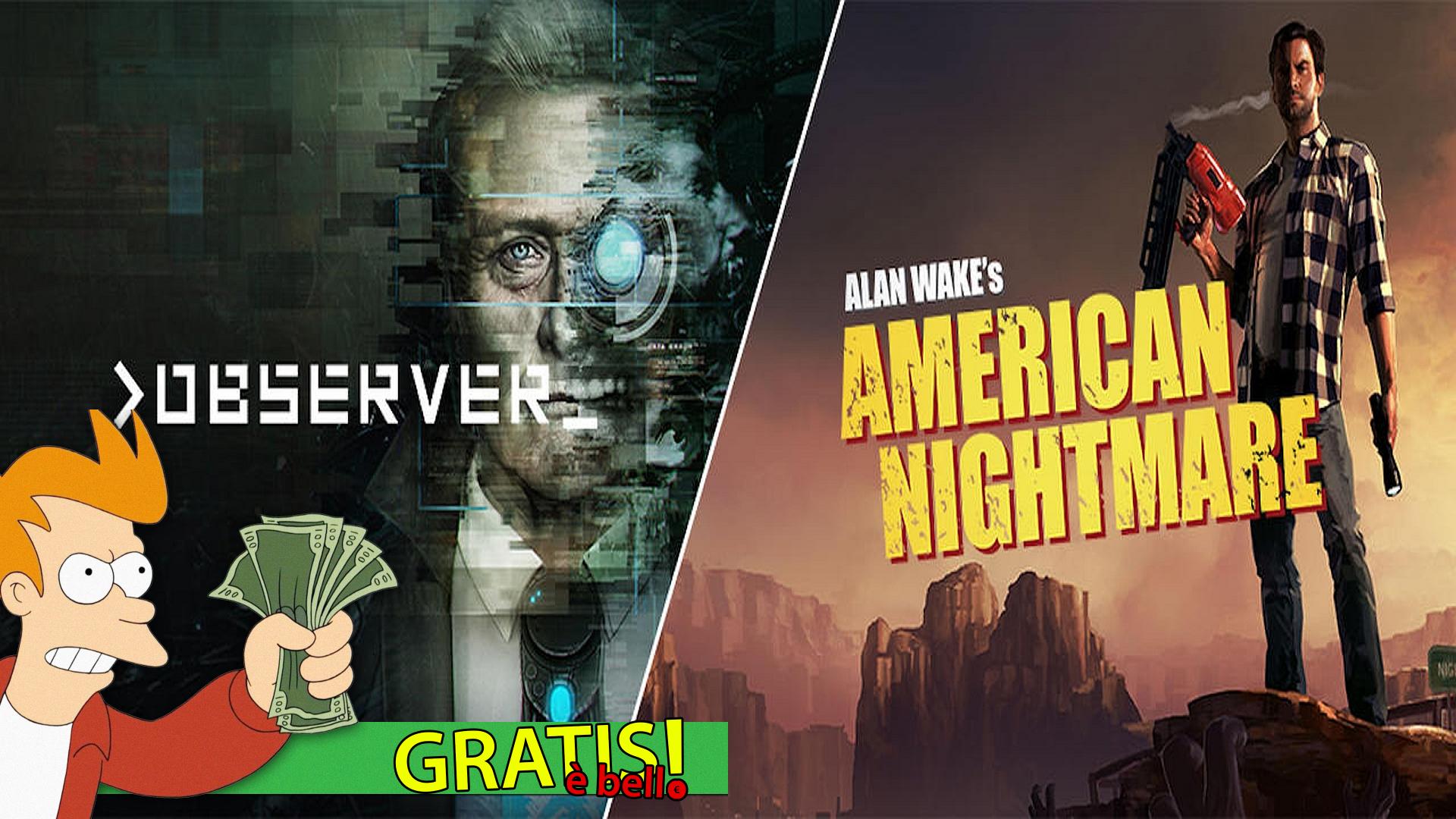 This week, with Free it's nice, you have a double good reason to rejoice. Observer e Alan Wake’s American Nightmare they can be downloaded for free from the Epic Games Store.

The first is a horror title from the atmosphere cyberpunk, developed by Bloober Team. He also received a good reception from the critics. Here is the presentation trailer:

Alan Wake's American Nightmare is a sequel instead standalone of the adventures of the writer that almost everyone knows, committed to fighting his doppleganger Mr. Scratch.

However I am for free, so you can't go wrong: you have the chance to play two titles without any risk. Maybe you could find them interesting, and bring them home to you even if, under other conditions, they wouldn't have fully convinced you. Or maybe you just want to get your "rabbi" spirit out because hey, it's free.

The offer will last until 24 October, so hurry up and make them yours.