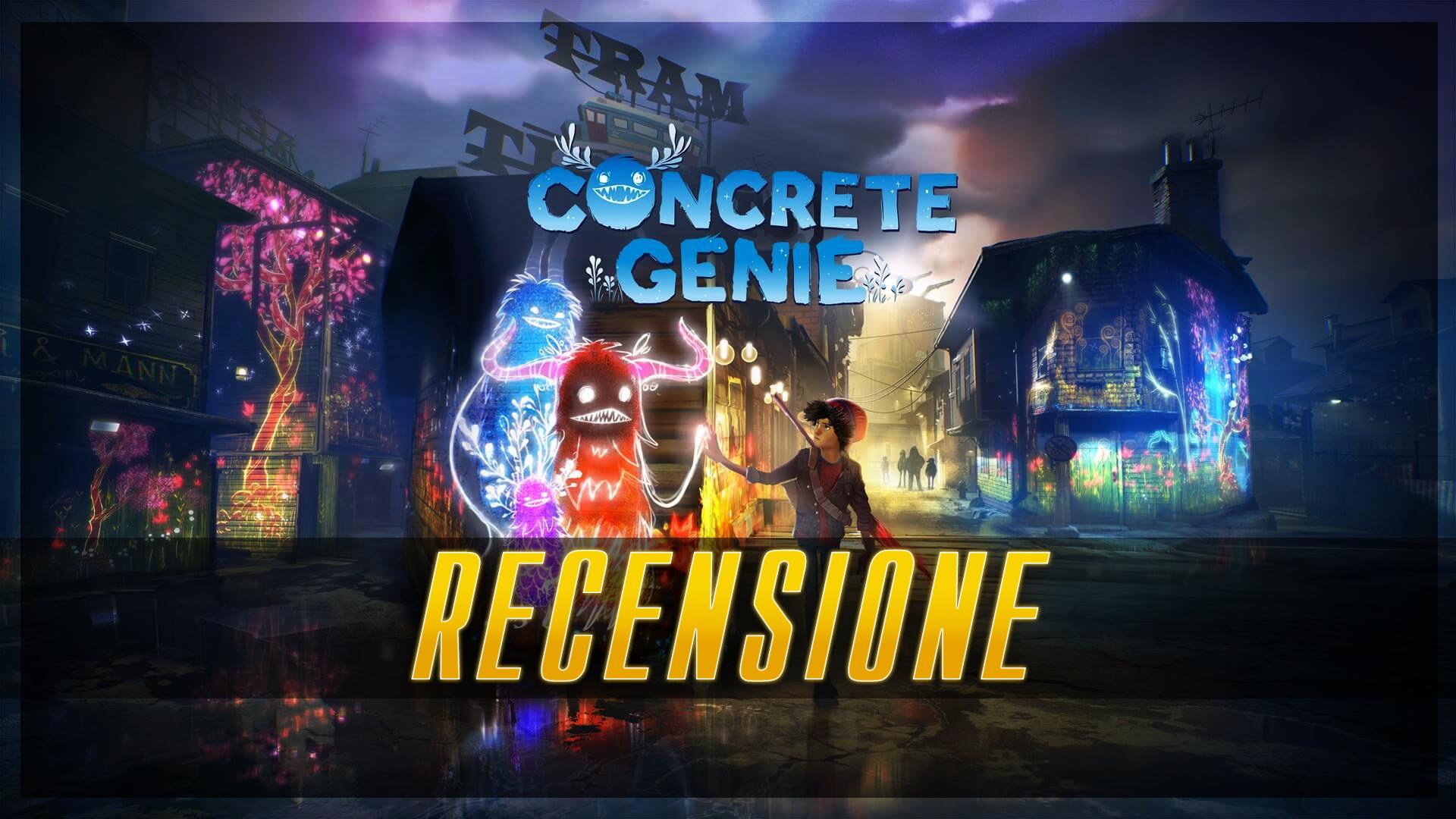 The videogame medium - every fan knows it - is a heterogeneous and versatile medium, which knows how to express and convey feelings that are sometimes very different from each other: simple fun, the pleasure of reasoning in a logical manner, and being careful not to be discovered by the enemy on duty , just to give some examples. However, in some situations and in certain contexts, the video game manages to be something more of a simple pastime, and ends up being a work able to bind itself together with the emotions and sensibility of the player. This is precisely the case with Concrete Genie, title developed by Pixelopus available from 9 October 2019 in exclusive right on Playstation 4.

Once upon a time there was Denska

In Concrete Genie we dress as Ash, a boy particularly interested in drawing and painting. We take our first steps within Denska, a once flourishing and luxuriant fishing village, now abandoned and prey to young vandals. After some of them snatch the sketches of the young protagonist, we initially head to the Abandoned Lighthouse of the city to try to recover them. Here we get to know Luna, an entity that reveals our true task to us: save the world from the propagation ofDarkness. This evil force can indeed be stopped only through ours drawings, which emit light and come alive with the aid of a large brush. Our creations give life, in addition to landscapes and scenarios, also to Geni, spirits that we can enrich with various connotations and which prove to be fundamental during our journey. 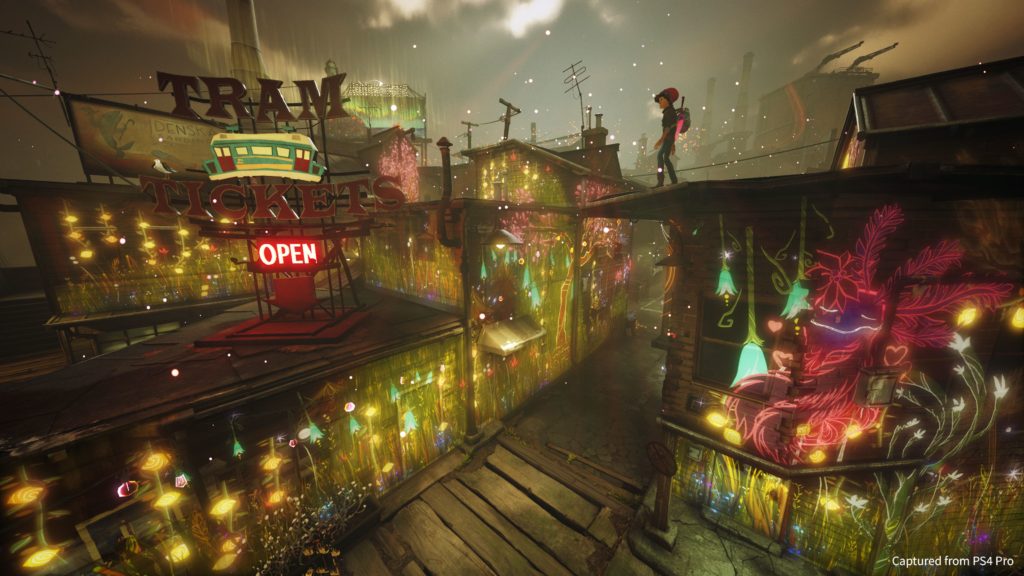 A brush to rule them

It takes very little time to realize that the fundamental mechanics around which Concrete Genie rotates is that of drawing. The Genes, created through our formidable artistic tool, have very particular characteristics. Each of them can belong to a different element, and presents varied skills that we can exploit based on the specific situation we are facing: for example, a Genius of fire element allows to burn a wooden obstacle that in the real world blocked the passage. And watch the interaction between our drawings and the game world give one satisfaction, playful and visual, not just. Genes can then express certain requests about what we have to draw, be it a meadow, a tree or a small group of stars. To satisfy them fills the bar Super Painting, essential to eliminate the Dark Mold and allow us and our extravagant friends to continue. 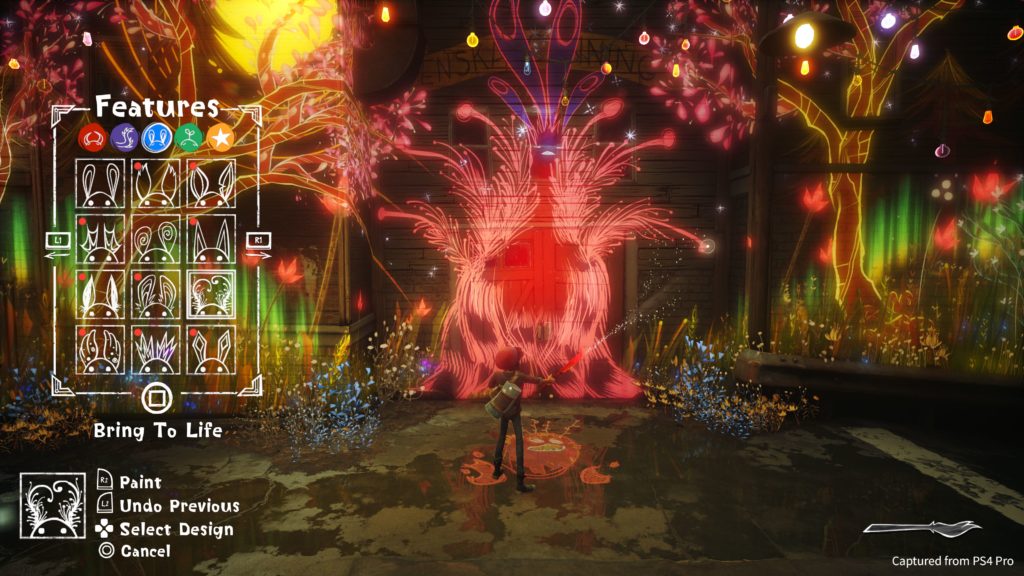 To accomplish the mission entrusted to us in Concrete Genie, it is therefore necessary illuminate with our paintings all the lights of Denska, divided into neighborhoods e areas. The game map, in this sense, is of great help, since it provides the position, as well as the bulbs, of the various Genes that can be created. We can thus fulfill their design requests and obtain the aforementioned Super Painting, without which some areas cannot be painted, and therefore illuminated, because of the Darkness. To remove certain environmental obstacles it is then indispensable the collaboration of two or more of our Genes which, among other things, can be recalled near the Ash position by pressing a special button. In this context, sometimes we have to work hard to try to understand how allow our Genes to proceed, creating routes specifically designed for them. Wandering around the game world, we can then collect the other torn pages of our notebook, containing new landscape elements, genes and features. The possibilities for personalization are thus becoming increasingly broader and remove any restraint to our creativity. Present some newspaper pages, additional collectibles, which provide narrative background about the decline of Denska, for lovers of lore. 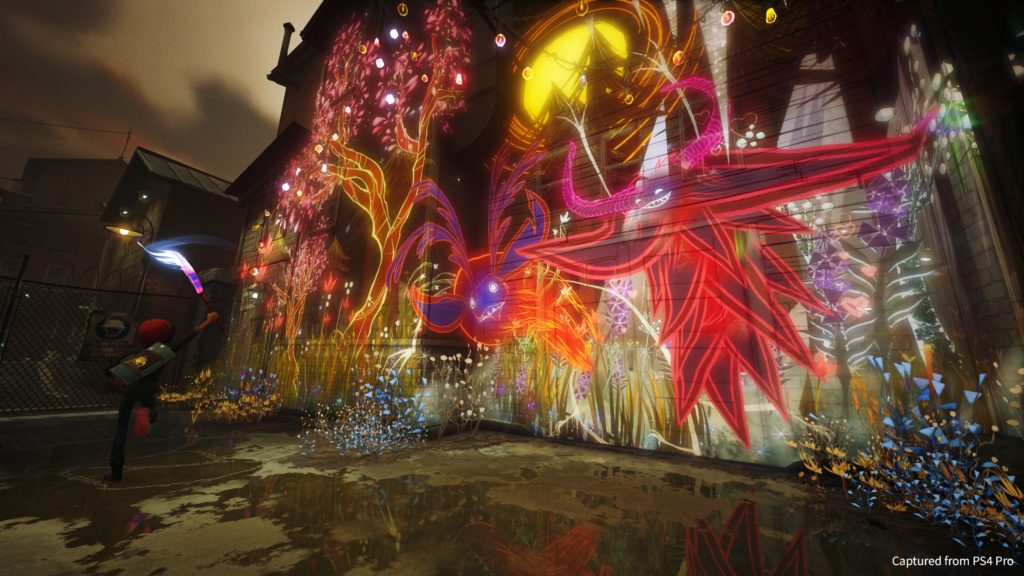 But the gameplay it is not limited only to this. In the first part of the game, painting activities are counterbalanced by phases stealth and, subsequently, of combat. In the first we must try to avoid the bullies who roam around Denska and, if necessary, attract their attention and open up an escape route. Certainly these are phases that are not particularly accurate or profound, but represent an expedient that can give Concrete Genie variety and dynamism. After illuminating all the lights in a particular neighborhood, we can paint the found Capolavoro, work that eliminates the last traces of Darkness in the area and therefore allows us to move forward.

The combat phases instead represent an extension of all the gameplay features examined so far. In fact, Ash's brush turns in a real weapon: we can launch attacks through three elemental abilities, or try to dodge the enemies' blows to avoid damage. The Paint Strikethen, it allows us to move in a more agile and faster way, at the same time expanding the scope of our attacks. There Super Painting becomes instead a boost to our offensive abilities, which thanks to it become more powerful and able to cover a wider radius. This enhancement is particularly useful against Dark Genes, creatures corrupted by darkness that are the most difficult enemies of the game. 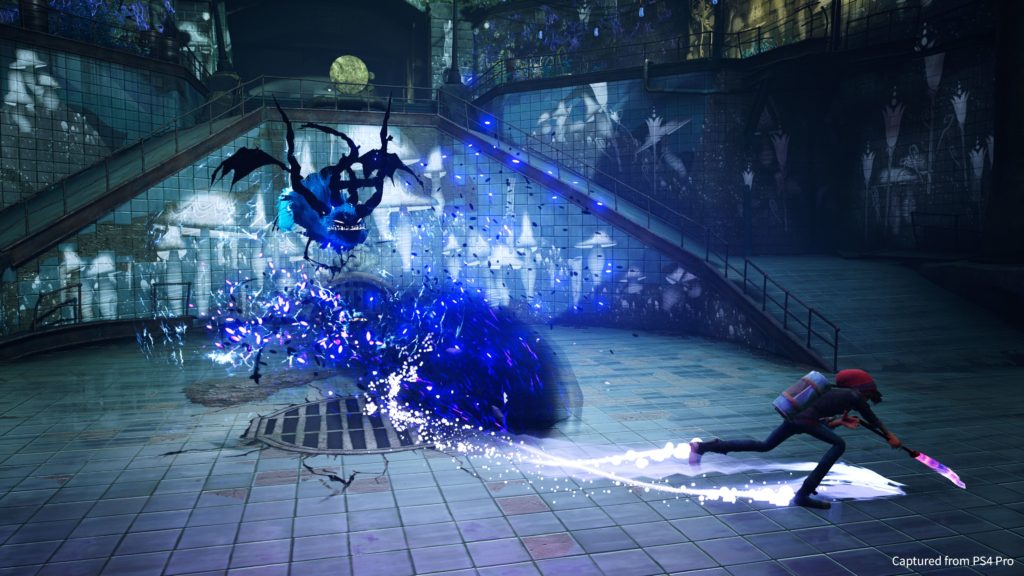 And right the boss-fight, in Concrete Genie, challenges are revealed definitely challenging. Each Dark Genius indeed possesses fighting styles and moveset different, as well as a shield that must be eliminated as soon as possible with the Super Painting, since it provides them with invulnerability from normal attacks. A few moments of distraction in the most agitated clashes are enough and are advancing to receive a sound defeat.

A joy for the senses

Technically, Concrete Genie gets along admirably. In fact, the game stands on stable 30 FPS, with virtually no frame drops. Beyond the performance, the main strength of the title is certainly theoriginal graphic style: it is indeed strongly cartoonish, and recalls the atmospheres of classic American animated films, in particular those signed Disney-Pixar. Also present is the dubbing in Italian, well done and convincing, even if in certain cutscene turns out to be perhaps a bit too subdued. Nothing particularly serious, especially considering that the overall result is one little pearl for eyes and ears, which never ceases to amaze with bright and vivid colors and representations. 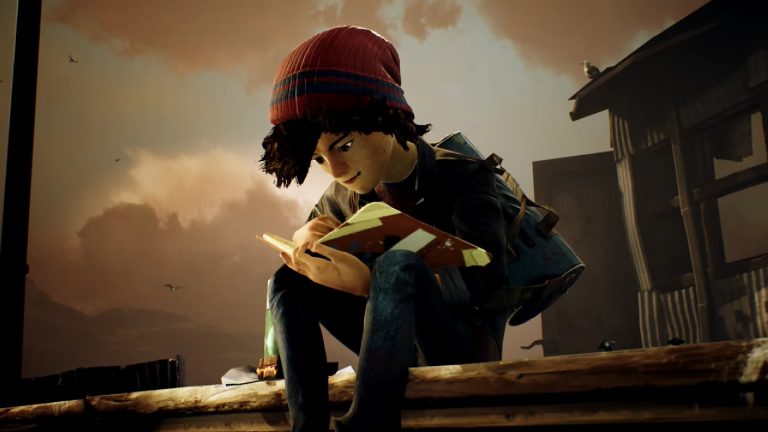 In short, Concrete Genie passes with full marks the exam, and stands as one of those games that anyone, at least once in his career, videogame, should try. Indeed, there is no specific audience intended to welcome the work of Pixelopus: for the goodness and quality content, it is really suitable for everyone. Take the time you need, hold up the brush and immerse yourself in Ash's world: it's time to paint, and I assure you you won't regret it.

F1 2020, a teaser shows us the Deluxe Schumacher Edition

Cyberpunk 2077 can be finished without killing anyone