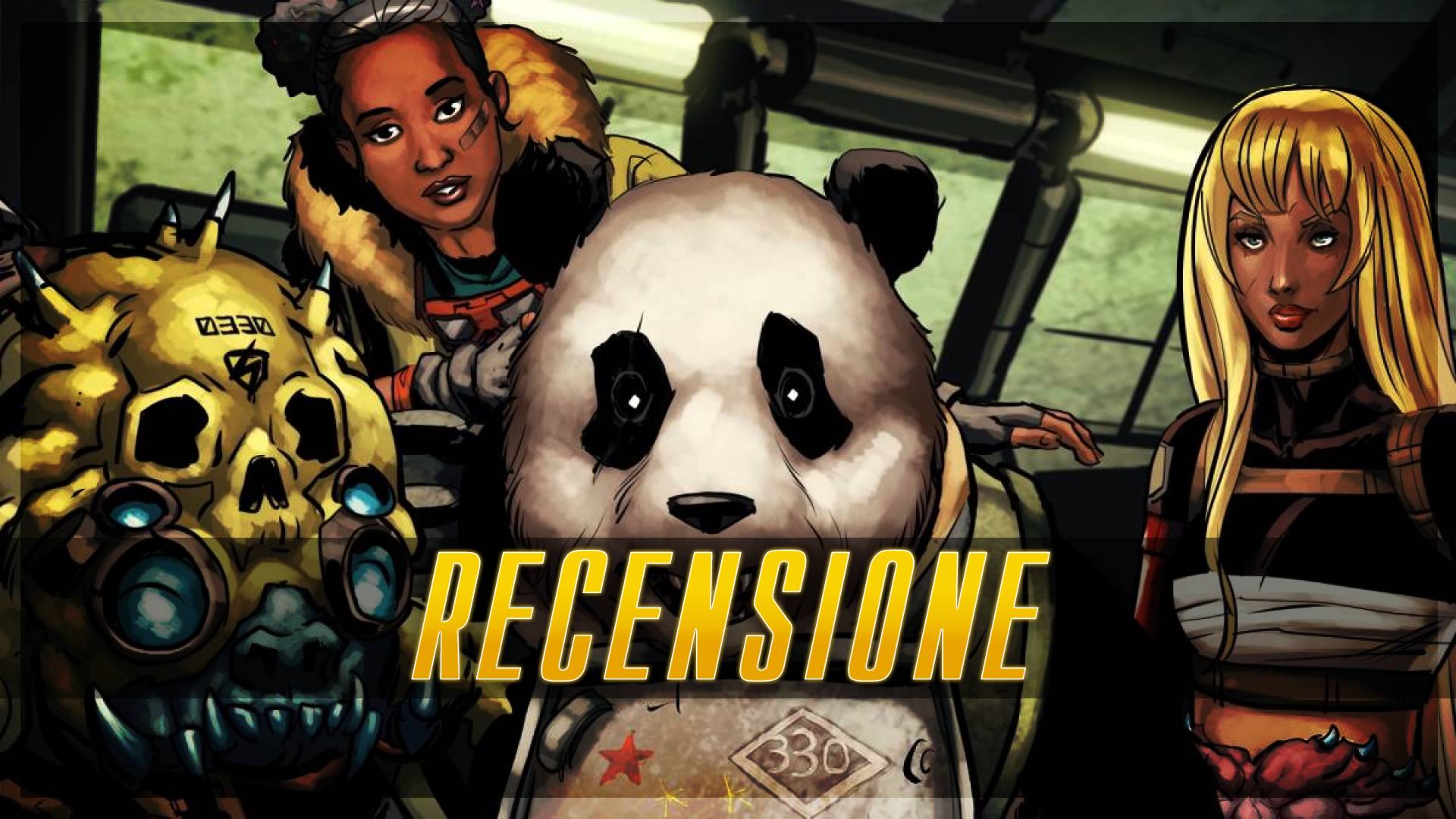 Konami returns to the spotlight, this time with Contra: Rogue Corps, new chapter of one of the most representative sagas of the Japanese giant.
Technically speaking, the game looks back at least a couple of generations, with textures and polygonal patterns that are really poor in details. To make up for a part of a graphic sector not exactly in step with the times, we think a good lighting sector and a very stable frame rate, even in the most agitated situations.
As for the gameplay, the discussion is quite different. Taking into account the fact that we are in the 2019, the development team has chosen to largely abandon the classic game mechanics typical of the franchise, turning this Contra into a twin stick shooter with isometric view from above. 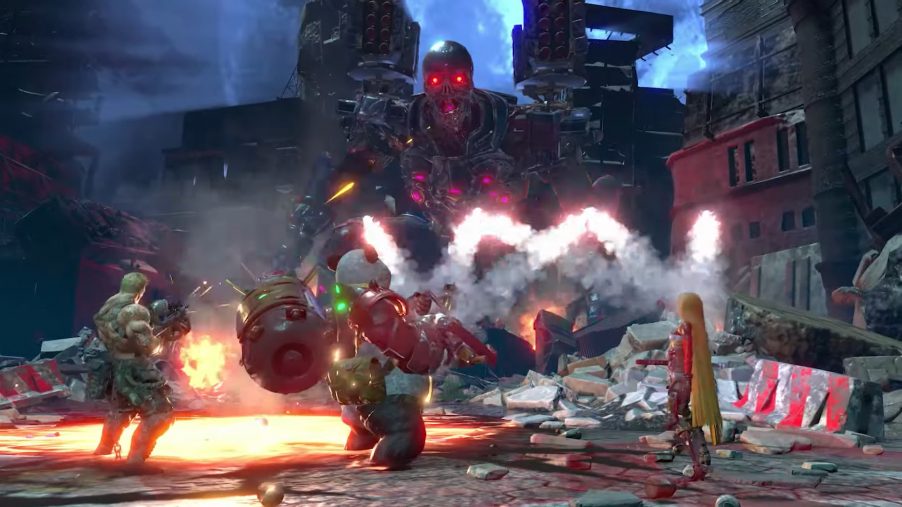 However, some points of contact with the past have remained and are to be found mainly in a rather high level of difficulty although, unfortunately, poorly calibrated. To try to modernize the historic game formula a little, the team has thought well of inserting a slight role component, mainly dedicated to the modification and upgrading of weapons and equipment at our disposal. Pay close attention to the health bar, as it does not automatically regenerate and the medi-kits are provided from the game very sparingly. Another new feature of the production lies then in the camera, which does not always manage to follow the action on the screen. There are many firearms available, but their feeling is very toyish, in both variants. The artificial intelligence of the enemies turns out very fluctuating, and with routines often insufficient to put in difficulty the player.

The boss fight present are then little inspired and most of the times overcome by repeating the same actions over and over again. Not all the enemies that the game throws at you but you can kill with firearms: for some, in fact, you will have to use a sort of "frontal release" to stun the enemy, throw it in the air and kill it with a powerful physical attack. As if the large number of enemies that the game throws at you is not enough, to make the experience of this Contra even more frustrating, we think about the time limit made available to finish each level (about twenty minutes), after which the mission expired it will fail, finding itself forced to start all over again. The design of the levels is rather flat and not very inspired, and the heavy re-use of some assets has the consequence that many settings end up being very similar to each other. 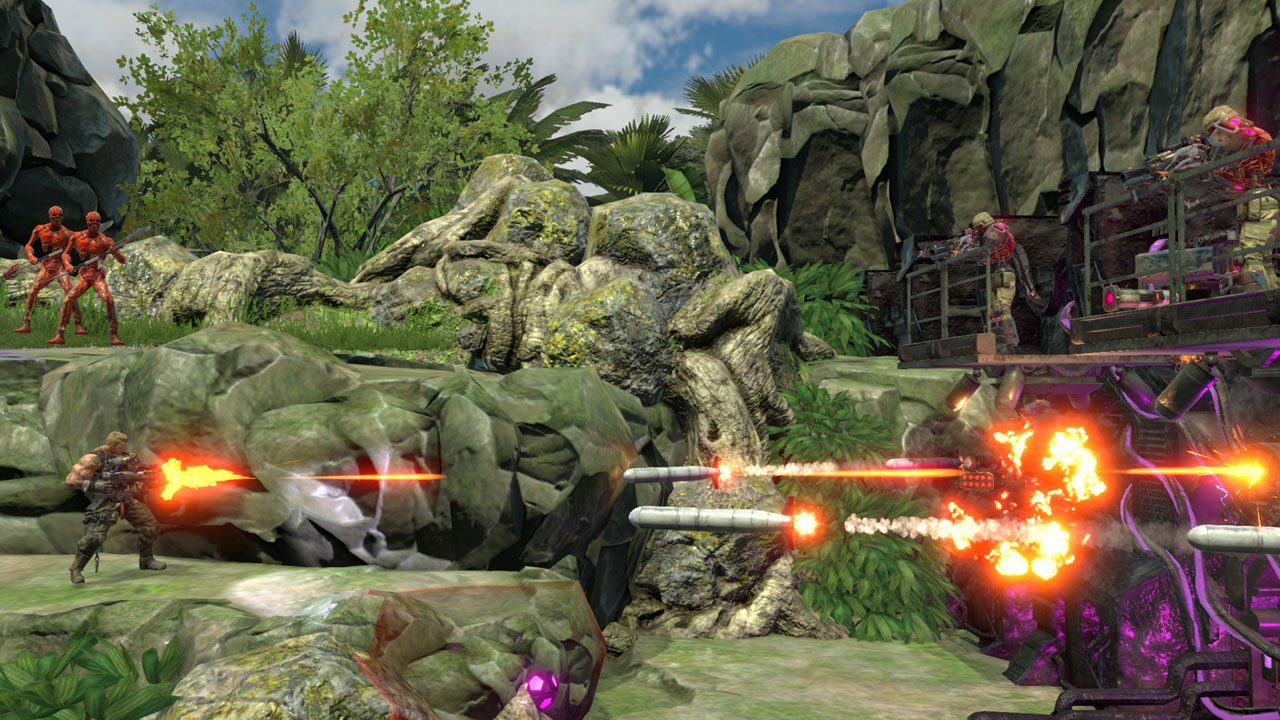 The response to the commands is also very bad, and this is especially noticeable when we are forced to use the jump button. The story set up for this sequel is rather trivial and obvious, ending up even leading to more and more times in trash situations and dialogues. The artistic direction and design of the monsters fail to convince, ending up being flat and really uninspired.

In cooperative, on the other hand, the game manages to be fun, but the defects are many and such that even in this case the experience is strongly compromised. Unfortunately with Contra: Rogue Corps, Konami fails to bring the franchise into the current generation of consoles: although the development team has nevertheless tried to make it more modern in the gameplay, the defects listed above irreparably ruin the ultimate gaming experience. If you are a fan of the saga, do yourself a favor and retrieve the collection containing the old chapters, because this Rogue Corps has nothing of the Contra who were, if not the glorious name.

Thronebreaker: The Witcher Tales - Review, stories of heroes and war