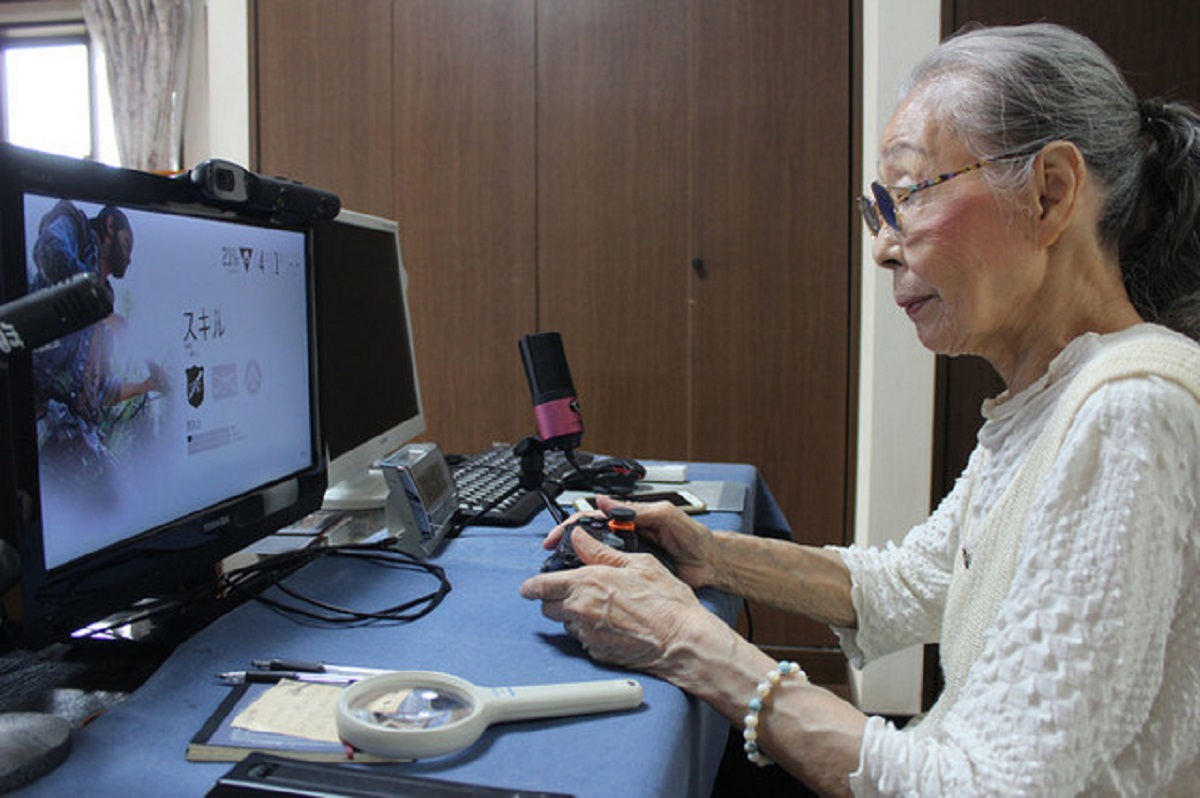 What we are telling you today is the beautiful story of Hamako Mori, a gamer like many others. So you're wondering what makes it so special. Well, Ms. Hamako Mori boasts the beauty of 89 years on her shoulders and an experience in the world of video games for four decades.

The first console of this Japanese grandmother was the Cassette Vision in the far 1981, which was followed by the Famicom with the sagas of The Legend Of Zelda and Dragon Quest. Since then, the lady has never stopped playing until nowadays. Following the trend of Let's Play more and more on YouTube, Mori has also thought of uploading excerpts from his games on the platform. We'll show you some below.

Interviewed by GameSpark, Hamako Mori said he looked forward to the new chapters of Grand Theft Auto and Elder Scrolls, adding that "if you play video games, you can avoid senile dementia. By getting older, I recommend single player games over multiplayer games, because you risk slowing down your younger teammates. If the number of older players increases, there may be servers dedicated to us. The graphics of the latest games are really incredible, I think it's great to have lived so long".

Surely it is fantastic to see how the passion for video games has accompanied this wonderful lady over the years. Mori is a concrete example of the potential beneficial effects of video games, which help keep a mind awake and active even during the age of old age. We often talk about the many negative effects that video games have on people, but it would be nice if we started talking and spreading their positive contributions more often.

Here is dAItto, the new Artificial Intelligence for Pokémon