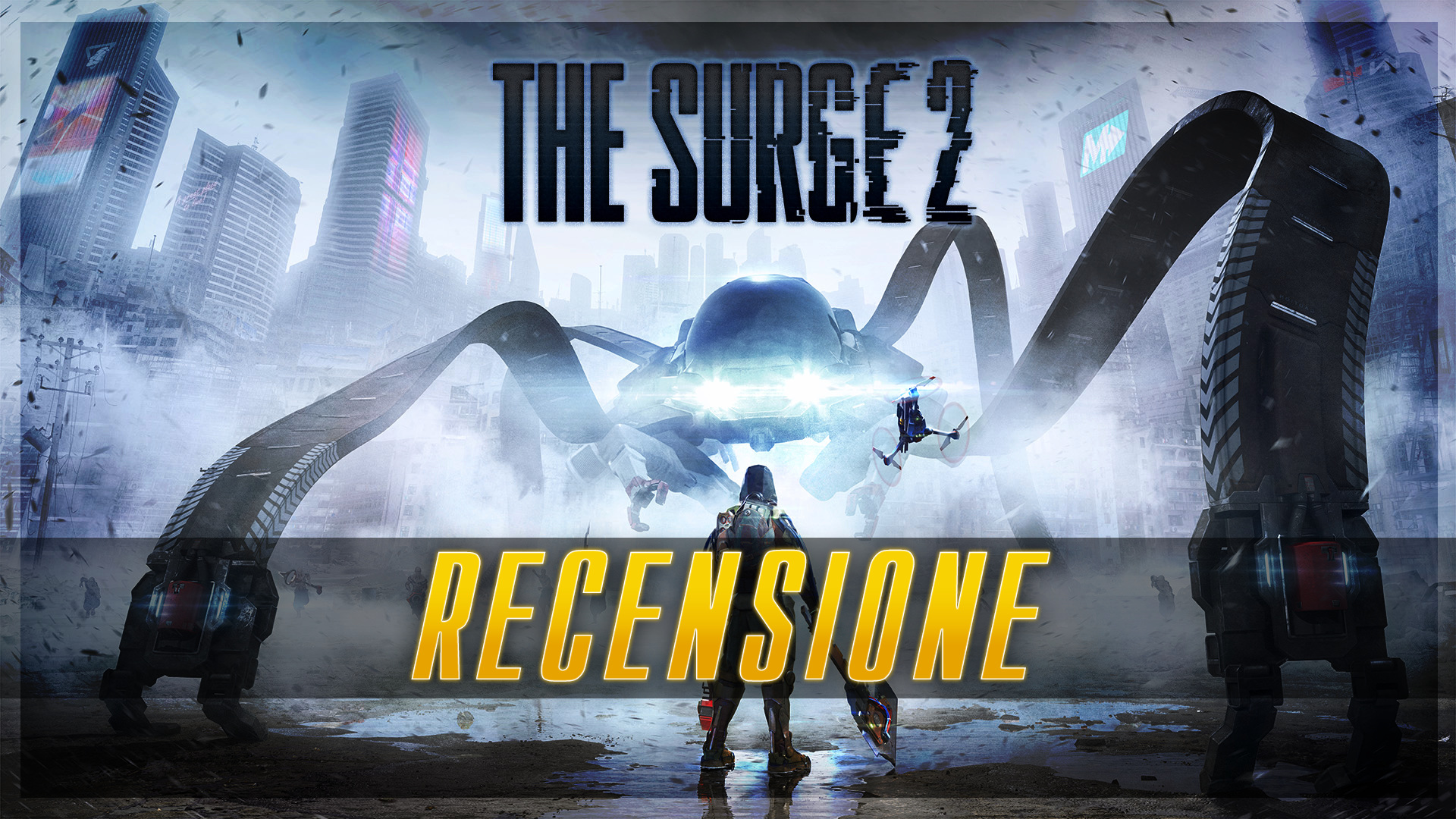 The trend of soulslike has been diminishing year after year but today, at the end of the day, the videogame panorama can count on several pearls belonging to this genre. Demon's Souls e Dark Souls, especially the latter series, have influenced and given life to a genre made up of difficulties, study of patterns, search for perfection in a devastated, interconnected world with a story told between the lines, in objects and dialogues. The software house Deck13 Interactive did not miss the chance to ride the wave and, in the 2014, he published Lords of the traps, which was so inspired by the From Software series but which, in its own small way, managed to have some peculiar characteristics. However, the reception of the public and the critics was not enthusiastic and it was therefore decided to change course. Soulslike yes, but no longer in a medieval dark-fantasy context, but in a futuristic and sci-fi world. And so the Surge is born. Today we talk about the second chapter of the series, The Surge 2.

The title is set two months after the first game, and is intended as a direct follow-up. Warren, protagonist of The Surge, fails to prevent the launch of the CREO rocket and the debris hits an airplane that falls in Jericho City, which is immediately quarantined. Our digital counterpart, silent and nameless, whose creation is entrusted to a basic but effective editor, he was aboard his own plane and, after a long coma, he wakes up imprisoned, without knowing either the reason or where he is. The only memories of that moment torture him and show him continually a little girl, of which we can continue to steal information through some specific points scattered around the game world. And the story unfolds like this, alternating with short cut-scenes and missing vocal files for the areas to be explored. In addition to this, there are also a series of NPCs that assign the protagonist various secondary missions that are sometimes complex to conclude, also due to the total absence of a map or indicators. We need to figure out where to go just by looking around, studying the signals and remembering what is being asked.

But we always talk about a soulslike: hanging around is not so easy. Jericho City and its surroundings are full of enemies armed to the teeth and ready to make their skin. The combat system allows, as in the first chapter, of aim at certain parts of the body in order to break them, at the end of the fight, e steal the weapon o the armor possessed by the enemy. This is also reflected in the existence of a system of directional parade, similar to For Honor to understand us. The parry therefore it is obtained by keeping the parade button pressed and moving the right analogue stick in time towards the direction of the attack, indicated on the screen if we have the appropriate system. To be precise, there are projects that must then be built in Med-Bay, a machine from which we reappear in the event of death and which allows us to set our character. As for the level increase, it depends on the mechanical debris we find around, which can be spent immediately or deposited, so as not to be lost to our death. Also in this case we find a very interesting mechanic: our previous loot, as is tradition for the genre, remains at the point of our death but a appears timer, to which deadline is nullified the possibility of reacquiring lost scrap. In the event that we get close to our old drop, we could still decide not to resume it immediately, being rewarded by a constant recovery of health if we stay close to it. High risks, high rewards: this is the motto of the game, a motto that can also be found in another mechanic: the more scrap we carry behind, the greater the multiplier, thus allowing us to find a greater quantity on each defeated enemy. It's up to us to determine how many to bring back, how many to keep and how many to spend in the level up. Going to sign with the shots is loaded thebattery indicator, useful for recharging injectable implants that we connect to our suit through a energy system, which must be divided between equipment and systems and which, even in this case, must be well calibrated.

All these mechanics give life to a extremely interesting system and that pushes to repeat areas and farm, not only to increase in level but above all to improve your equipment, a much more incisive factor in the progression than the simple level up, and that allows you to deal with areas and bosses more easily. But don't expect it to become a walk, mind you. The difficulty curve has a sharp rise already after the first phases of the game, with the first two bosses that substantially act as an introduction to the mechanics and that also allow us to acquire our trustee drone, can be equipped with various weapons and various equipment necessary for the progression of the game. There are also more special bosses and certainly not humanoid in shape, requiring a detailed study of the patterns and lots and lots of patience. The frustration element is always around the corner and if you are not accustomed to the genre, be prepared for a long series of blows as it is one of the soulslike perhaps more difficult to deal with. In short, the attention given to the naked and raw gameplay is extreme and Deck13 it inserted a long series of mechanical peculiar that they tickled me a lot and that are manage to give a slight breath of fresh air to the genre.

Unlike the first chapter, this time we can get around in larger environments, throughout the city of Jericho. The level design however it appears somewhat botched and poorly cared for e interconnectability of levels è limited. You don't have a big map to explore as much as macro-areas, well divided by doors and consequent loads, fortunately very fast. The settings, although they try to offer different views, are still very flat and not very inspired, with a cold color palette that accompanies you throughout the game and that never really makes it stand out, as well as the soundtrack, definable simply anonymous and almost totally absent if not for the bosses, where in any case it stands out very little. Also from the technical point of view we are on levels just acceptable. The interaction with the surrounding world is almost absent and sometimes there is some delay in loading textures. Two defects in particular bothered me a lot: the presence of a very strong tearing at any time e drop in frame rates, which are also very frequent and that break a game that requires maximum concentration. All these anonymous elements put together quickly lead to boredom, you almost never want to really explore what we have around as much as possible to run as fast as possible in search of the shortcut that gets us to the boss first.

I played the title on Playstation 4 Pro and two different game modes are available on the console, one that favors the performance and it is the one just described, and one that favors the quality. By setting the latter mode, the frame rate falls below the 30fps, remaining stable and making the tearing disappear. Too bad that a game as frenetic as The Surge 2 necessarily requires a high frame rate, and by setting the quality mode, it simply becomes unplayable. On balance, Deck13 has made some decisive steps forward with this second chapter but there are still elements that need to be corrected, reviewed and improved.