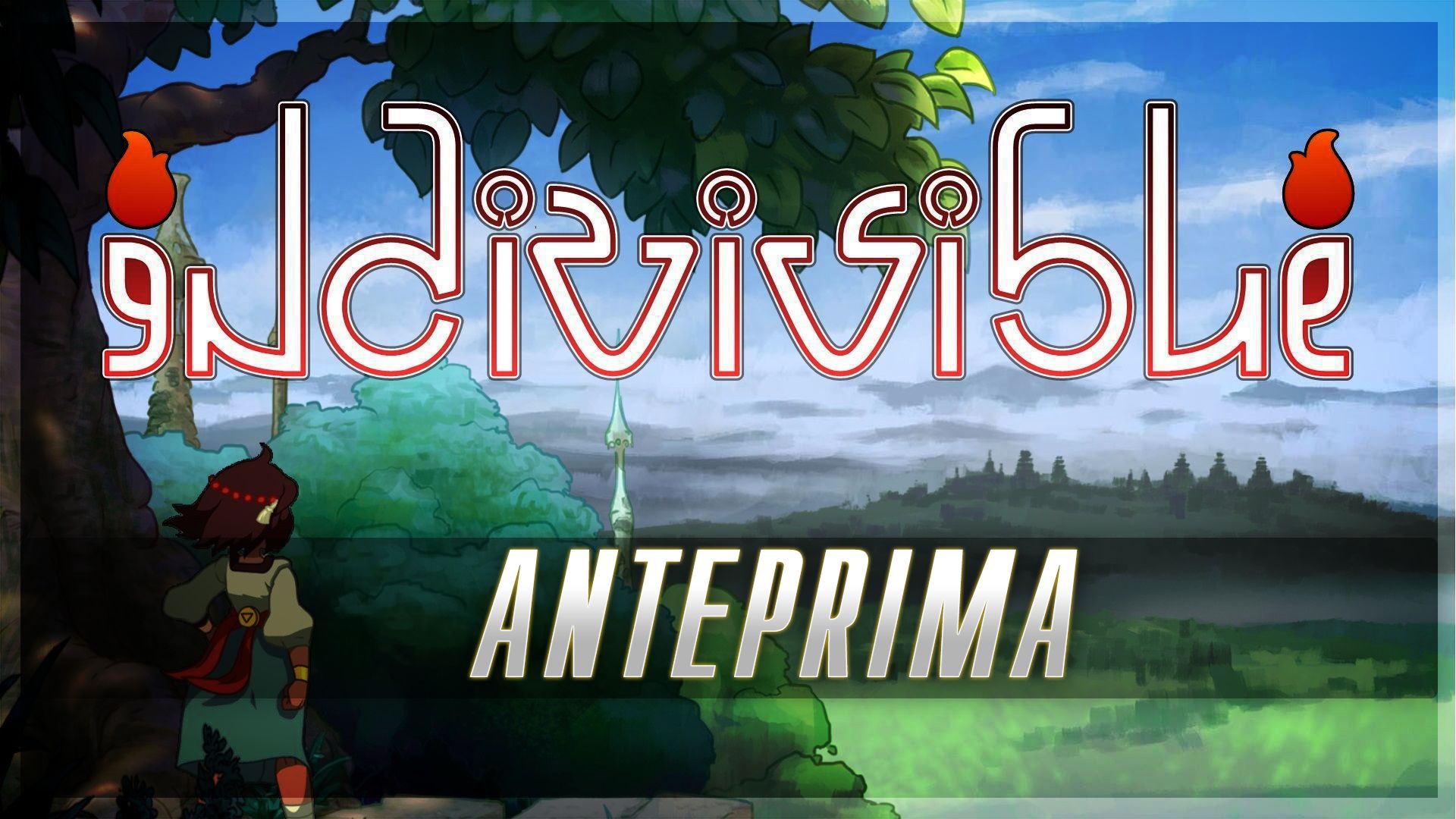 LabZero Games the trust of the public and the critics has been won with that little gem that responds to the name of "Skull Girls“, A super-independent 2D fighting game with a damn hardcore soul. This, combined with an exceptional artistic sector, has led to a magnetically catalytic focus on the software house and its future. indivisible it presented itself on the market as a project apparently in contrast with the past title, but much more ambitious in some ways. The game looks like an RPG with strong platform tints and with a nod to the genus metroidvania, taking, among other things, as a starting point for the combat system, the timeless Valkyrie profiles.

Indivisible offers as a highlight of its offer a very simple combat system in the bases, how rich and layered in the development. Not unlike the Valkyrie Lenneth, the protagonist Ajna can deploy on the battlefield with you three other characters, each of which is assigned to a specific key, with which it can attack. This mechanic, in itself already well established, with the title published by 505 Games is enriched incredibly, giving life to damn funny, technical and multifaceted battles. Each character can also use his attack button for parry the blows of enemies: this allows us to avoid much more damage the more time we wait before exploiting it. In short, waiting until the last moment to defend ourselves guarantees us the possibility of absorbing almost completely the opponent's attack, but it is obviously a risky practice, because if badly managed we can instead completely lose the chance to parade.

Obviously, timing is crucial even in the offensive phase. Each deployed character can use multiple attacks and direct them differently: this gives life to some real combos (also rather complex) based on the speed and / or pauses with which we perform the inputs. Attacks are added to all this "Super" that each character can use by spending the classic special bars, the special skills of which every party member has and also the different attack and defense modes that enemies and Bosses can boast. It may therefore happen that you must first break the enemy guard, perhaps with a launcher able to lift our opponent off the ground, then quickly hit him before he touches the ground again and restores his defense. There are so many different types of impenetrable guards and just as many ways to break them, before actually hurting the monsters that obstruct our path, effectively guaranteeing a great variety with every fight. There is so much meat on the fire and so it may seem so described too much, but pad in hand the experience becomes much more fluid and immediate than you might think. In short, while considering that the system is based on a seemingly shift-based scheme, each clash enjoys instead of a syncopated rhythm, thanks to these game design choices. Making the most of every single character, amalgamating his techniques with those of his companions, is crucial to winning battles and giving life to a series of exceptional choreographies. 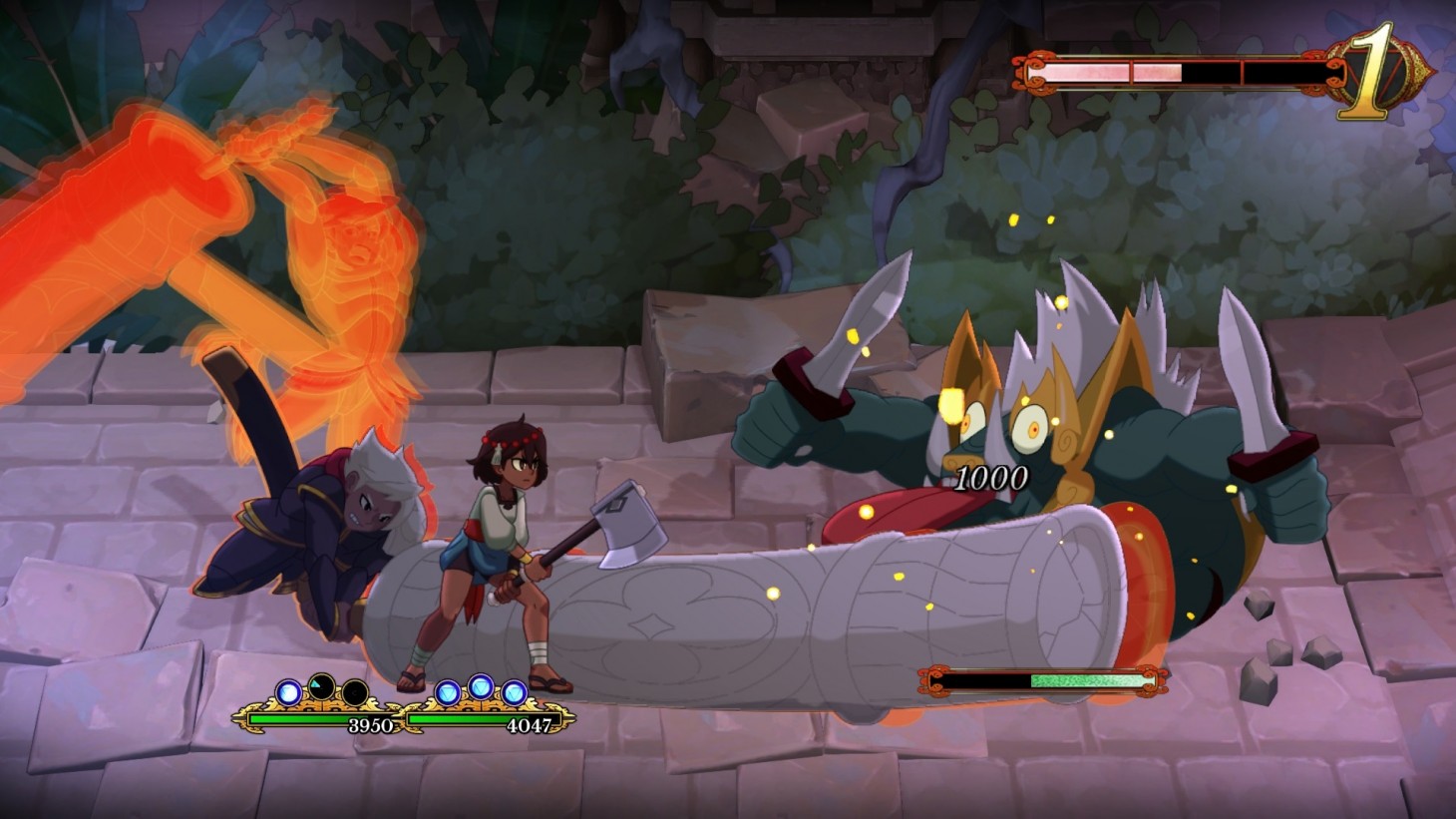 It is worth stopping for a moment Spend a few words on the cast of characters we go to meet, both for quality and quantity. LabZero to date seems to have performed a really excellent job as character characterization, also at the design level (which is based on the overwhelming artistic talent of Alex "oh8" Ahad). of over 20 playable characters, some of which are illustrious guests of other productions, over time I have been able to try about a dozen, and it is impressive how each of them has managed to establish itself thanks to its uniqueness. Ginseng & Honey, for example, represent a Healer who, for originality, is absolutely innovative in the RPG genre. The duo is in fact able, among other things, to attack enemies to "prepare" a potion that can be exploited immediately afterwards, to perform a mass cure for the party, and in principle it totally goes against the static of a support role. The archer Zebei, on the other hand, is able to shoot his arrows in the area or concentrate the attacks on a single enemy, making it extremely suitable for any situation. They are simple examples that can however be applied to the various characters, each of whom has almost a exclusive gameplay, in fact making the possible combinations to be deployed on the field almost infinite. Noteworthy is the fact that in Indivisible, while remaining in some canons of the genre, the development team has avoided in all ways the subjection to the rigid archetypes of role-playing games, hazarding (successfully) new meanings and variations of the classic roles. 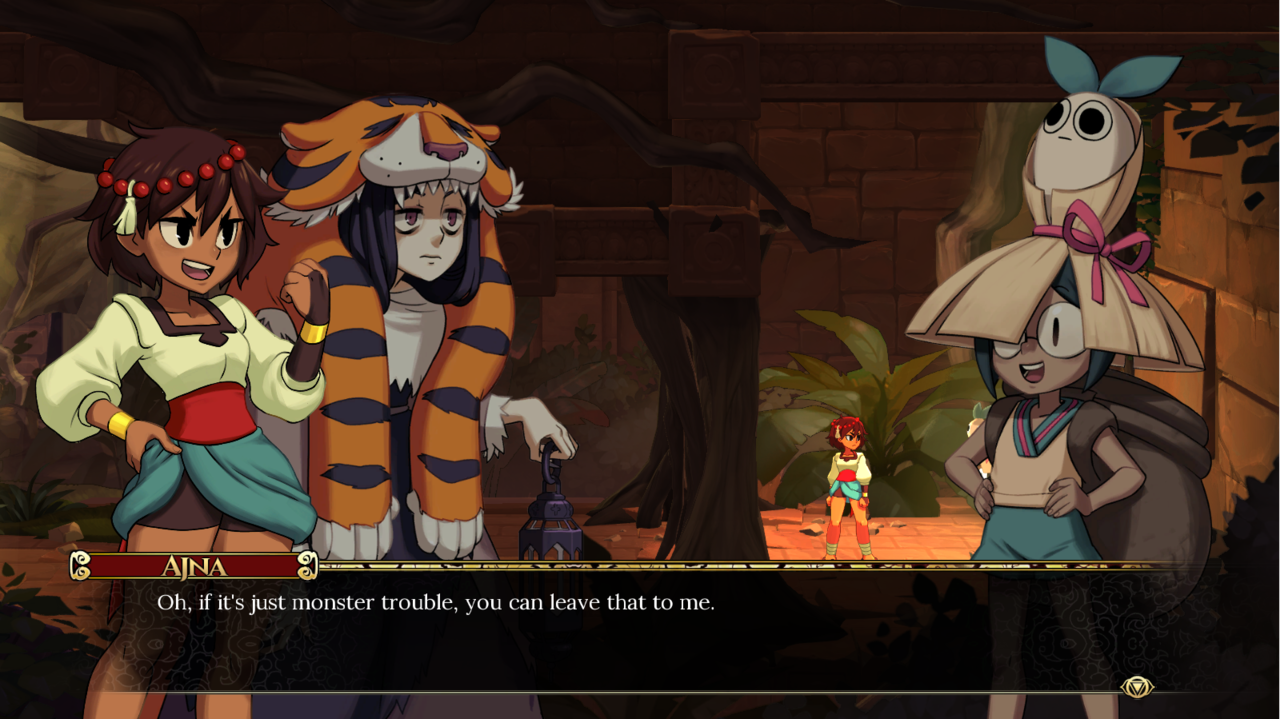 As mentioned at the beginning, Indivisible chooses to tackle the exploratory part of the experience through mechanics Platform, and is perhaps the biggest doubt that remains about production. Creating a level level design that can blend well with the RPG soul of production will not actually be easy but, at least for the first few bars, the danger can be almost completely averted. While not boasting excellent dynamics and also in the face of some smudging in the precision of the controls, the game behaves well and manages to present a map that is fairly linear, but with various cues and branches that excite exploration. The greatest merit remains that of effectively break the experience, that if it had been composed only of fights he would have risked having an actually too stiff rhythm. To further enrich this counterpart, arrives a splash of metroidvania which could be a real trump card. In the unfolding of the adventure in fact we can have at our disposal an arsenal of weapons to be exploited exclusively from outside the battles, and these objects allow us to reach otherwise inaccessible points and bypass traps and enemies, but not only. Such mechanics should also incentivize the backtracking, but only in the review phase we will be able to understand how important it will actually be in the game balance.

This two-hour preview, based on the final game code, succeeds in convincing further on the goodness of the LabZero title. Indivisible promises to be a game unmissable in the collection of all lovers of Valkyrie Profile and not. The formula adopted is attractive and from superfine gameplay, with a combat system that, if it manages to maintain this level up to the end credits, could establish itself as one of the best of the last twenty years. If this is not enough to intrigue you, you could be won over byexceptional artistic component, another flagship of this production. Some doubts remain obvious, and to dissipate them completely we will have to wait to be reviewed and thoroughly test every mechanic, every character and explore every corner of Indivisible, a job I can't wait to do.

Piermatteo Bruno - 27 September 2021
As we know, the preservation of the video game is a useful tool to look back, study the evolution of a game or a series and why ...