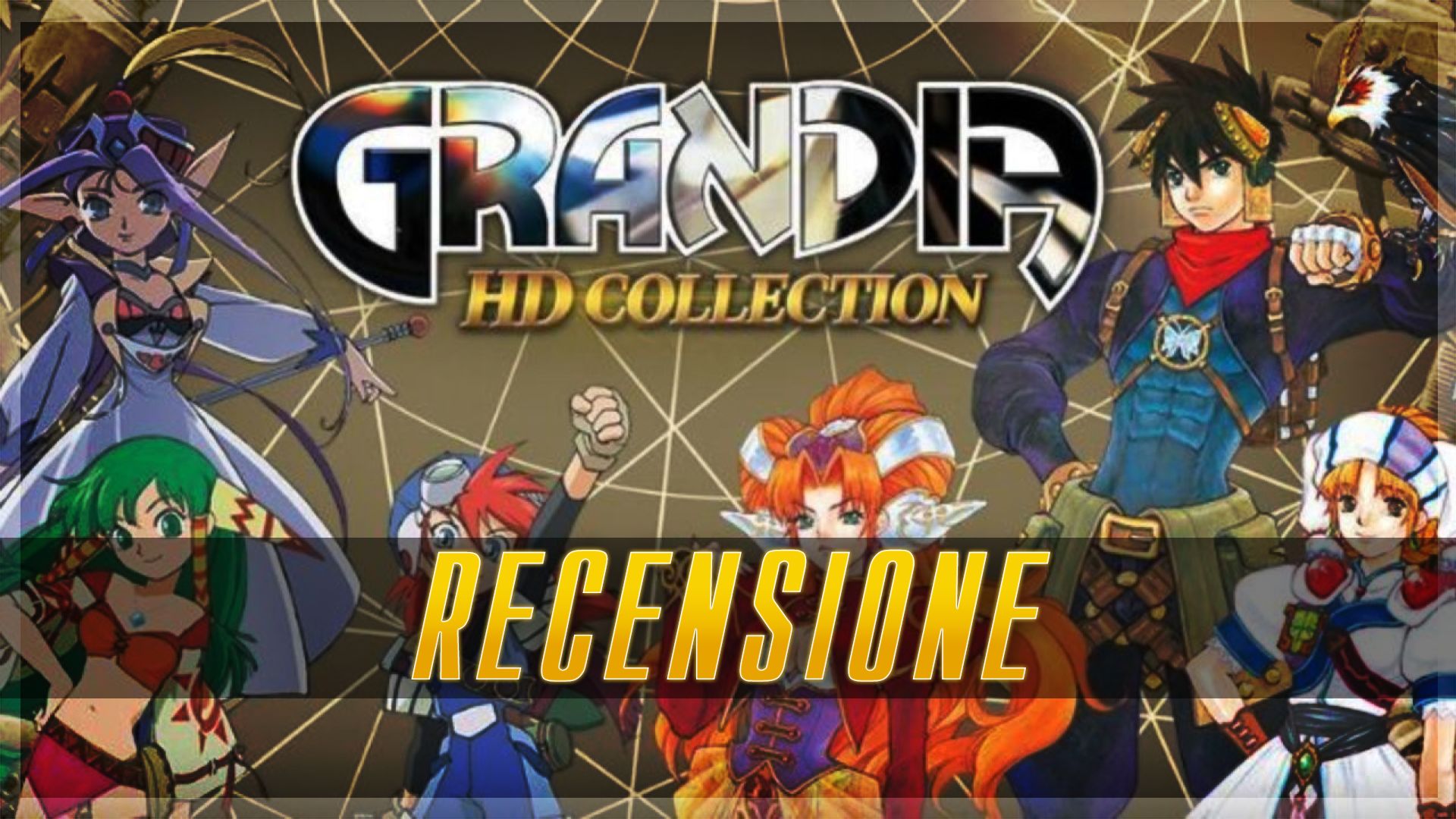 Definitely one of the greatest merits of Nintendo Switch over the past three years it has been a reliable home for all retrogaming enthusiasts. The online subscription guarantees among its services a vast stock of titles originally belonging to NES and Super Nintendo, and there are many games of the past that have found new life thanks to the most recent home console Nintendo, as The Legend Of Zelda: Link's Awakening. In the last period another great classic of the past has landed on the shores of Nintendo Switch thanks to a remastering job. It is about Grandia, Historical JRPG that towards the end of the 90 and the beginning of the years 2000 contributed to the diffusion and affirmation of one of the most loved genres in the world.

La Grandia HD Collection contains the first two titles of the saga reproduced faithfully in all its original features. The first Grandia goes back to the 1997 and came out on Sega Saturn, to then be repeated also on PlayStation two years later. Grandia II instead it came out in the 2000 up Dreamcast, arriving later on PlayStation 2 and PC. The two games are disconnected from each other in style final Fantasy as for the plot, but they share many other elements. Neither one unfortunately boasts an Italian localization. In the first Grandia we follow the vicissitudes of Justin, a lively and courageous boy who dreams of taking the same path chosen by his late father, that is, becoming an adventurer. Together with her friend Sue she sets out to find information regarding an ancient civilization, information also coveted by a hostile military force. The game is rather linear given the lack of real secondary quests, so it can be completed in thirty or forty hours depending on how scrupulous you are. 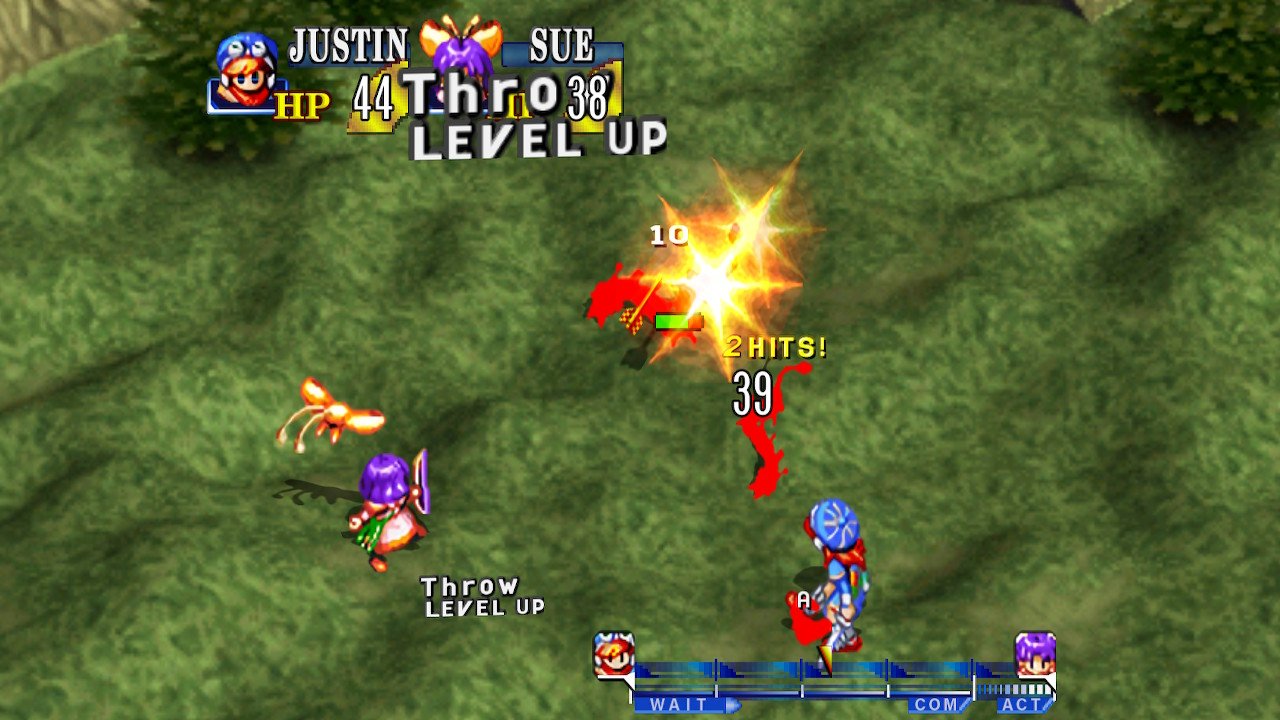 Exploring the various dungeons you can find weapons and resources to upgrade your party, and you will come across enemies of all kinds. By defeating them, in addition to the classic experience points, one becomes familiar with the weapon used in combat. The higher the skill level with a given weapon, the more special moves are available. Enemies are visible in the dungeon, so you can decide when and how to deal with them. If the enemy is caught by surprise, we will be the first to attack, which is not so obvious if instead it is the enemies who seek the clash with us. The fight takes place on the basis of a scroll indicator placed on the lower part of the screen, which indicates the attack turns of each individual involved in the battle. The sliding speed is determined by a movement characteristic that can be increased with better and better equipment. When the time comes to act, the character enters the action phase, which ends only upon completion of the attack or spell. During this phase, it is possible to block the enemy attack, if the latter is in its action phase, performing a special attack, which however requires a longer time to be carried out. By mastering this mechanic to the fullest, you can get out unscathed from most fights, but you need a lot of practice to do it. You can enter an automatic mode that resolves the clashes independently, but don't expect your party to get the same results as when you control it.

The game does not show serious problems either on a TV screen or in a portable version, where there are no obvious drops in performance. The remastering work is satisfactory, nothing sensational but there is still talk of a title with over twenty years behind it, so nothing drastic was to be expected. The only obvious defects are found in some cutscenes of the game that show grainy bottoms and in a video camera that, in the longer game sections, can become annoying for the stomach due to the continuous rotation movements required to better explore the environment surrounding, especially in the portable version. 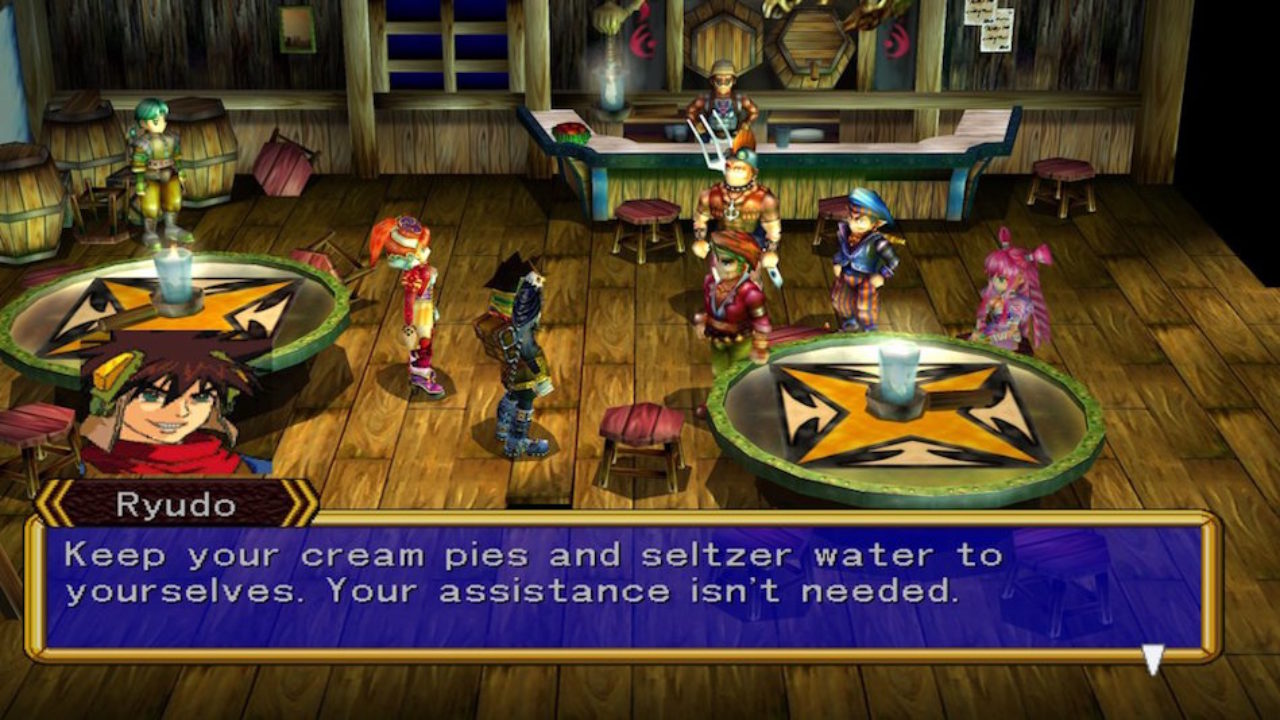 Grandia II, as already mentioned, tells a story detached from that of his predecessor, not only for the characters, but also for the issues addressed. If the first Grandia was characterized by lighter characters and a plot not overly engaged, Grandia II try to propose something different, more in line with the typical themes of today's JRPG. This time the protagonist is a mercenary named Ryudo, who is hired by the church of Granas, an ancient divinity of light, to escort a priestess named Elena on a journey. Elena was possessed by a fragment of Valmar, divinity of the rival darkness of Granas, defeated in a past war and shattered around the world. During the journey, Ryudo will begin to understand that the events related to the church and the surrounding world are not exactly as they are told. As in the case of the first chapter, Grandia II it can be completed in thirty or forty hours, always thanks to a linear narrative that grants very little space to secondary tasks.
If the plot deviates from its predecessor, telling a darker and more mature story, the combat system remains almost unchanged except for slight exceptions in the use of spells and special attacks. These are learned thanks to the books that can be assigned to the members of the party, allowing greater possibilities of personalization for each character. Considering the renowned simplicity of the title, GungHo, the company that dealt with the remaster, has seen fit to insert a new difficulty not present in the original game, for those looking for a greater challenge.
Also in this case the restoration work is acceptable and the same argument made for the first is valid Grandia. Tuttavia, unlike the previous title, the higher graphic resolution of the second chapter causes obvious slowdowns in portable mode during the most agitated moments. 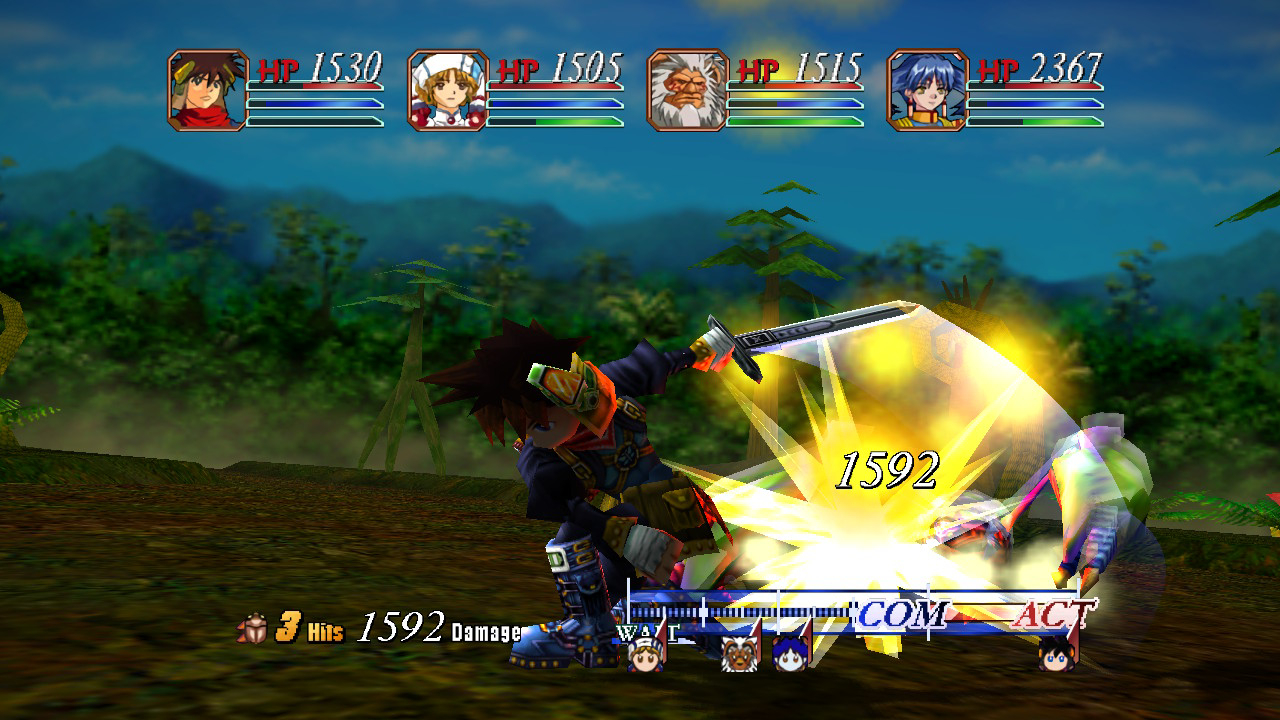 In conclusion, la Grandia HD Collection it is a great opportunity and an almost obligatory purchase for all those who are big JRPG fans and who have not had the chance to try these two great classics of the past. The remastering has made an outdated title fully usable wherever you want and fans can't miss this opportunity. However, I would advise against those who are not accustomed to gender to buy them. I do not think that Grandia is a suitable starting point for newcomers to the genre, thanks to some mechanics that require great passion to be better appreciated today. If you are looking for a JRPG to start with, Grandia has meant that today's market is full of more accessible titles for all, paving the way for its successors. We can only be grateful for this.