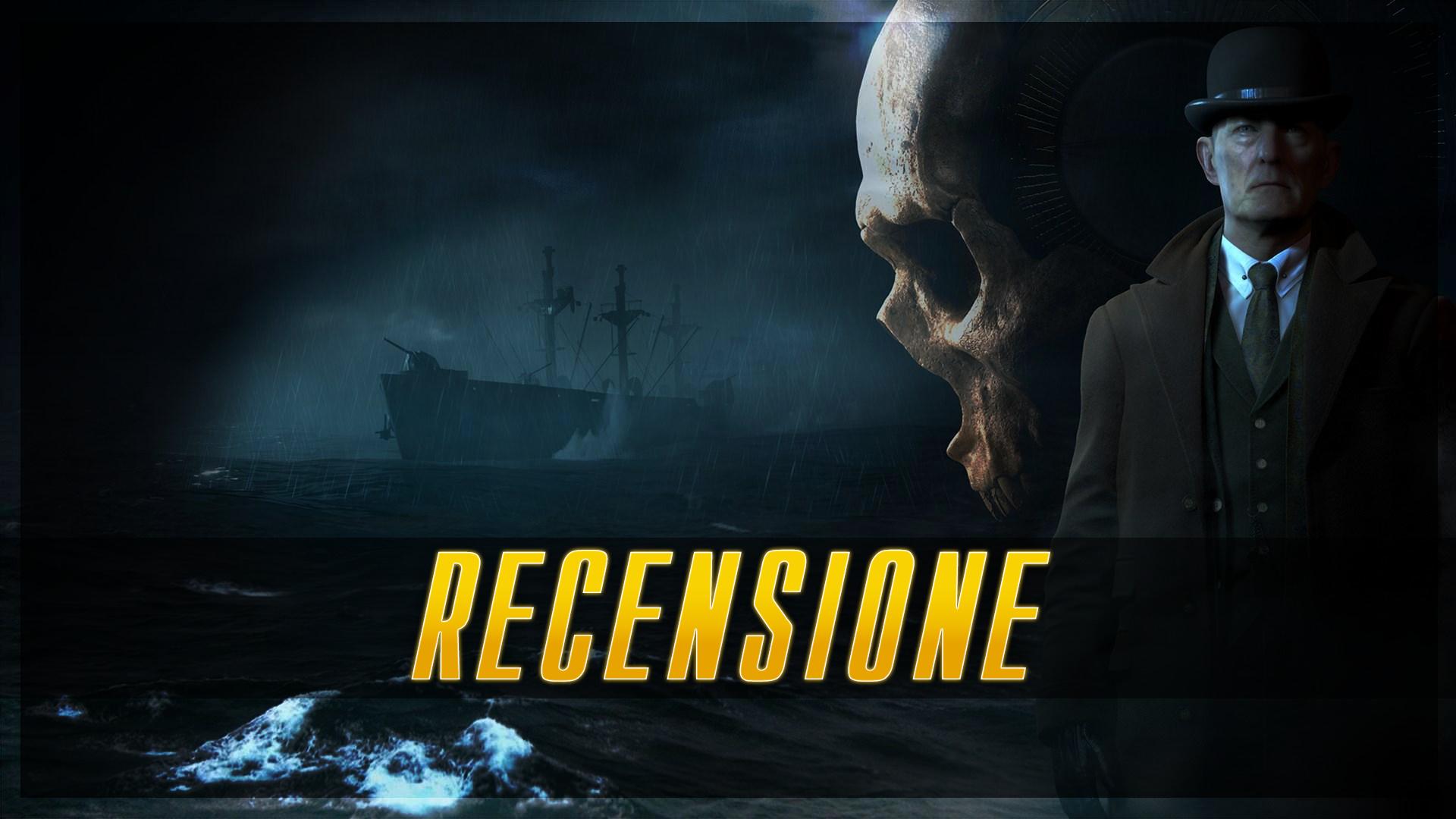 Five years have passed since Supermassive Games launched on the market "Until Dawn", A horror videogame capable of achieving great success in terms of visualizations on the internet and in social media (YouTube above all) and which, thanks to this goal, has probably sparked the interest of some big publishers towards the studio British.

Bandai Namco did not miss the opportunity and seized the opportunity to make an interesting project: The Dark Pictures Anthology , a series of titles, all a horror theme, Where legends are told inspired by real events.
The first episode, called precisely "Man of Medan ", tells the stories of five boys intent on documenting the discovery of a fearsome ghost ship. But how did the research go? Let's find out together, hoping you don't get scared first!

A brief introduction takes us into the middle of the Pacific Ocean, more precisely on board of an unspecified American ship, during the Second World War. A mysterious cargo is carried on the ship which, due to a storm, seems to have caused irreparable damage to the crew on board. Following this premise, with a huge time jump, we find ourselves today. Man of Medan then introduces us to the five (spineless) protagonists of the work, who are on a tropical island, intent on leaving for one a truly unique holiday: browse for wrecks not yet discovered. The group is formed by a stereotypical young and rich couple of American brothers, Conrad e Julia, the latter's boyfriend Alex, Brad or the awkward and reserved brother of Alex and the intrepid captain of the boat Fliss. After a series of unfortunate events, which happened due to some pirates, the plot begins to take a decidedly horror turn, with the unexpected arrival of the young protagonists in the floating wreck which, without revealing anything else, hides numerous pitfalls. 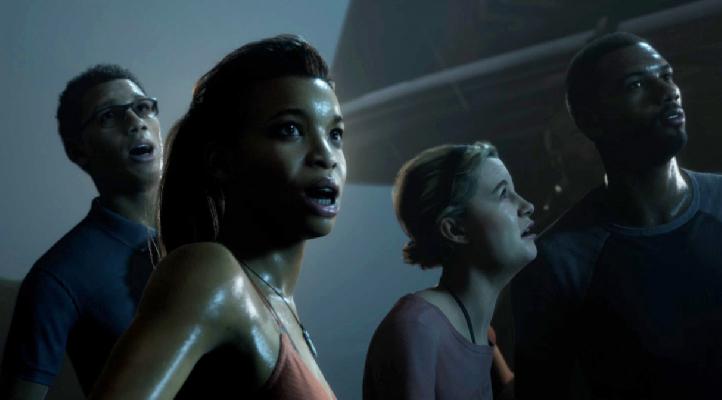 One of the best features that surely emerge in The Dark Pictures Anthology: Man of Medan,regards the great work done by the developers in trying to characterize at their best every single character whose destiny, unfortunately, depends exclusively on the player's hands and choices. Let me explain better: the title constantly puts us in critical situations, in which we are called to make decisions that can be reckless, but useful for the purposes of the plot to change the destiny of each protagonist. Interactions take place through a hybrid of mechanics that combines the choice of dialogues, just use the joystick lever to choose what to say / do, to overcome the small quick-time events through a combination of keys in certain situations.

Not all choices can be wrong, but this, as mentioned above, depends mainly on the mind of the player. You can be cynical and maybe decide to make selections that can lead to the death of some members of the group, or try to be more lucid and try to save people by carefully weighing the choices available. Basically the story of Man of Medan is easily modifiable, and therefore what we do happens in real time and obviously has consequences. This is also one of his strengths, as it encourages a great factor of replayability to find out what would have happened if a certain action had not been carried out.

Although the story is well layered, with the characters also very well characterized (thanks to the good work done with the motion capture), the title unfortunately also presents some flaws that it is impossible not to miss. If for i declines in frame rates, which do not affect that much in the overall experience, can also be overlooked, what is really hard to bear is how long the title is long-lived. In just four hours, without wasting time finding and reading the different clues that do not involve anything for the plot, it is possible to complete the work of Supermassive Games. Another sore point concerns the not very incisive Italian dubbing and, at times, quite irritating. Which is why I strongly suggest you try the video game with headphones and in the original language. 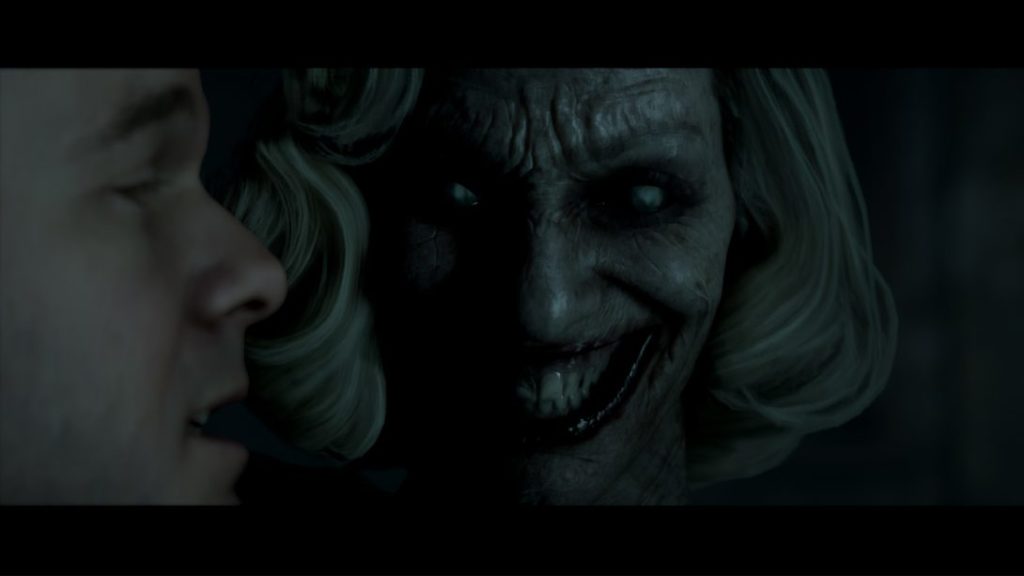 Fortunately, the production also introduces an interesting and very welcome news: la local and online cooperative mode. Before starting the game, the Supermassive Games boys' title (for less fearless hearts) can be addressed in the company of friends using a maximum of five people for offline mode, "Serata al Cinema", and two seats for online, "Storia Condivisa".

The Dark Pictures Anthology: Man of Medan, despite its poor longevity, is a title that I recommend to all lovers of the horror genre, also thanks to the replayability factor which, as mentioned above, has a lot to do. I also remember that Man of Medan is the first chapter of an anthology of other horror titles that will come in the future and that, surely, will make our evenings more frightening. The undersigned is needed two runs on PlayStation 4 to be able to fully enjoy the visual and narrative experience of Man of Medan, and I assure you that in both cases I have never been bored.