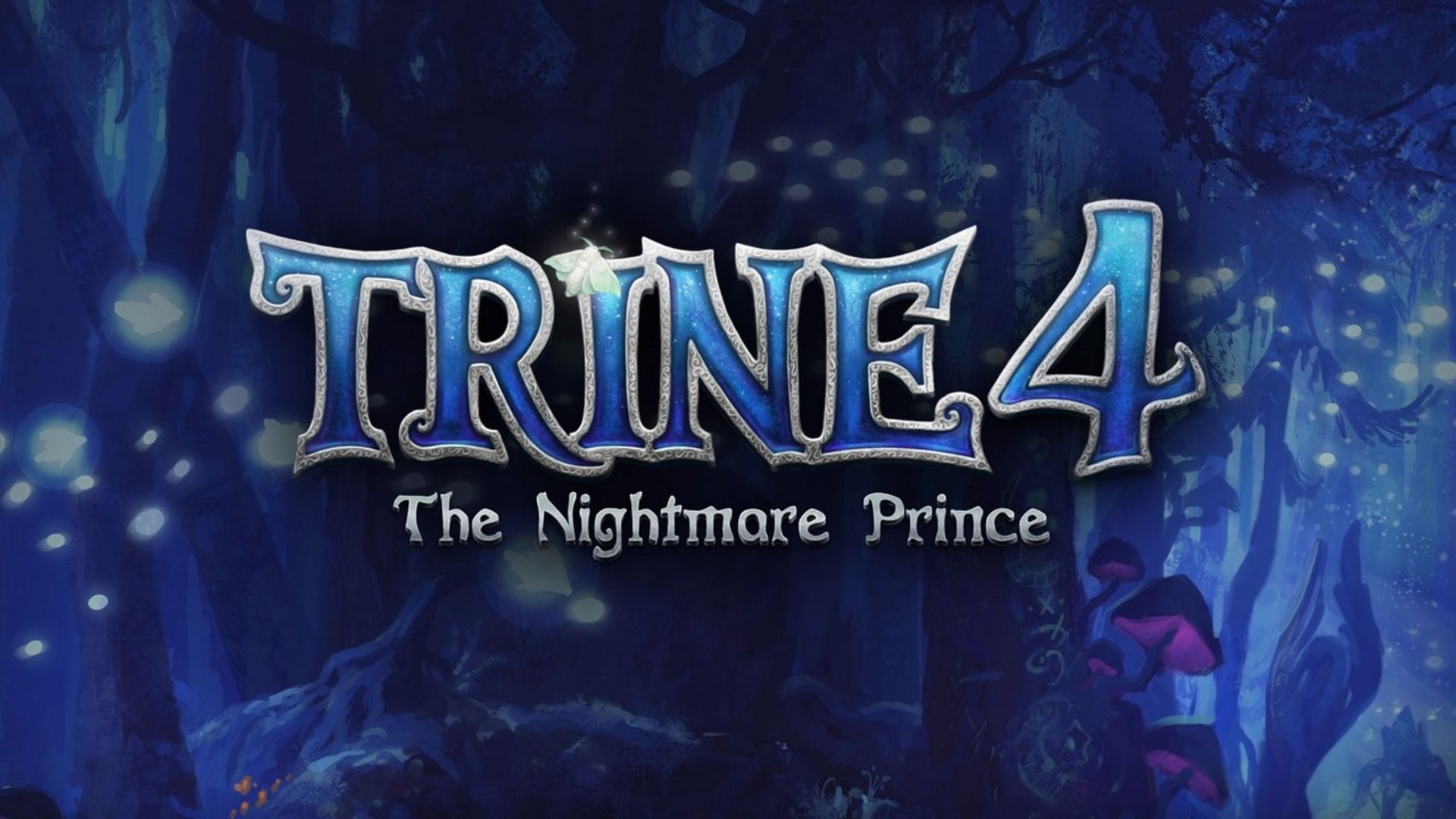 For a curious unintended coincidence, Finland continues to hold me. After examining Control, developed by the Finnish software house of Remedy Entertainment, we always remain in that territory and move on to the study Frozenbyte, known for the Trine series. And it is from the fourth chapter that we speak today, Trine 4 - The Nightmare Prince. I'm not an expert on the saga, I only played the third chapter on the unlucky Nintendo Wii U and I must say that I appreciated it a lot, especially in a cooperative. I then approached this build work in progress of the fourth title with a positive spirit and was not disappointed. And I laughed, in fact, we laughed a lot. 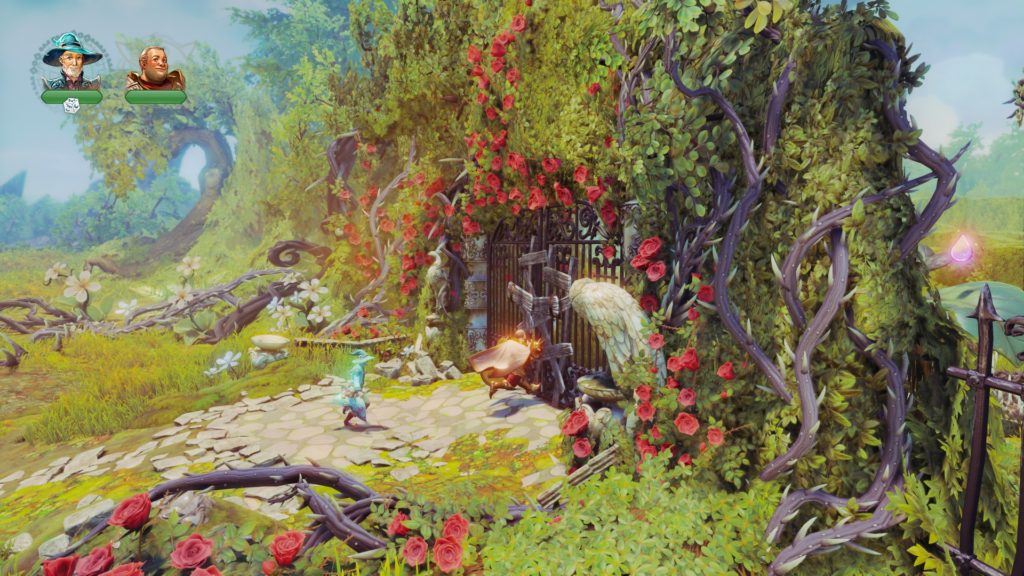 It's hard to be a hero, especially when you really don't want to. You are there, quiet, at home, perhaps with a cup of warm milk, sitting in front of the fireplace and suddenly a letter arrives with urgent tones. We must look for the prince Selius, which is missing. There is only one small problem: the prince has a certain magic gift that he cannot control very well. Simply put, i his nightmares materialize in the real world. These are the quick premises of Trine 4, who puts us in charge of the heroes already known in the previous chapters: Amadeus the magician, Pontius the knight e Zoya the thief. The tested build contains six levels, three of which are dedicated to each of the characters and serve as tutorials. Each of them has unique characteristics and abilities, and one must make good use of it to solve all the puzzles that bar the way. 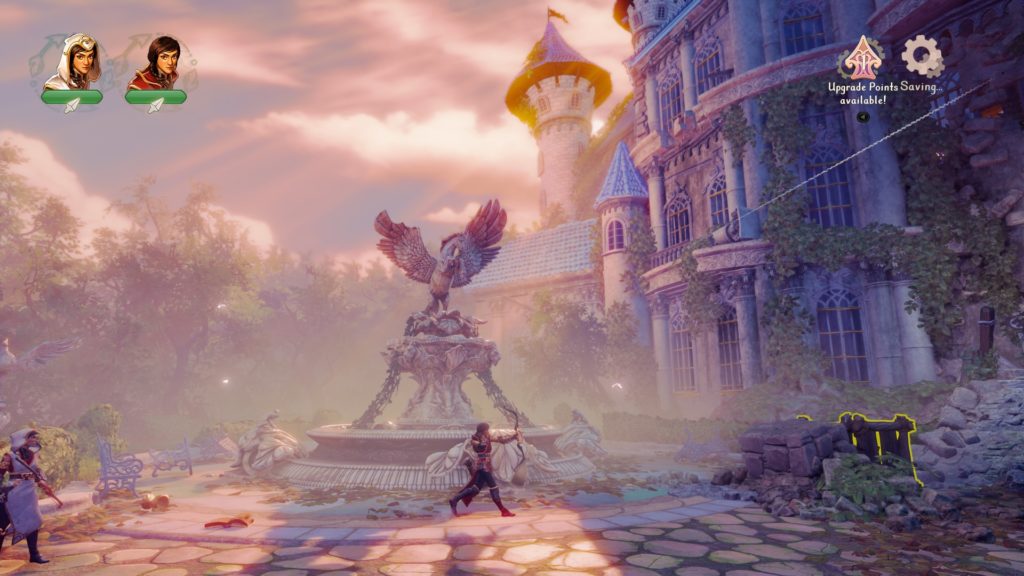 Amadeus levitates the objects of the scenery and creates a crate, useful skill when it is necessary to overcome gullies or climb. Pontius is our weapon of destruction: with its sword it easily affects the enemies, it can make a crash on the ground useful to create new passages and with its shield it reflects the light. Finally, Zoya shoots arrows and uses a grappling hook both to overcome chasms and to create ropes between two objects. After finishing the first three levels you can switch from one character to another with the simple push of a button, and it is a required action often, especially when playing alone. Almost all the puzzles solved during my short game of Trine 4 needed the use of at least two heroes, the more complex ones clearly required the use of the full trio's skills and on these it is necessary to spend a few words. 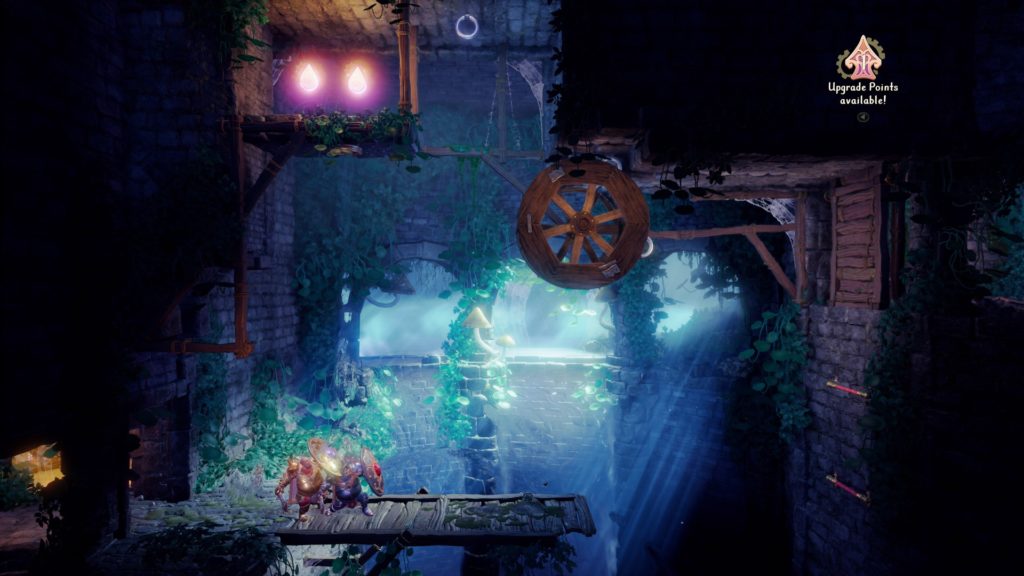 The central focus of the game it's not as much fighting against rare enemies as i puzzle that are proposed at every step. The difficulty curve rears up almost immediately and there is a need for a certain mental flexibility to continue in the levels. Furthermore, there is almost never a single solution to the problem: it happened to us too, my partner and I overcame some sections in two different ways without difficulty. Of course, sometimes they were solutions to the limit and that also exploited the uncertainties of collisions of objects and in physics but it was even more fun, and the problem was solved anyway. Alessandra and I have not played for years in a local coop game on PC, perhaps the last one was Gears of War 4, and Trine 4 needs (almost) obligatorily to be played together with someone else, even online since this is present possibility, to be able to be enjoyed to the full of its potential. 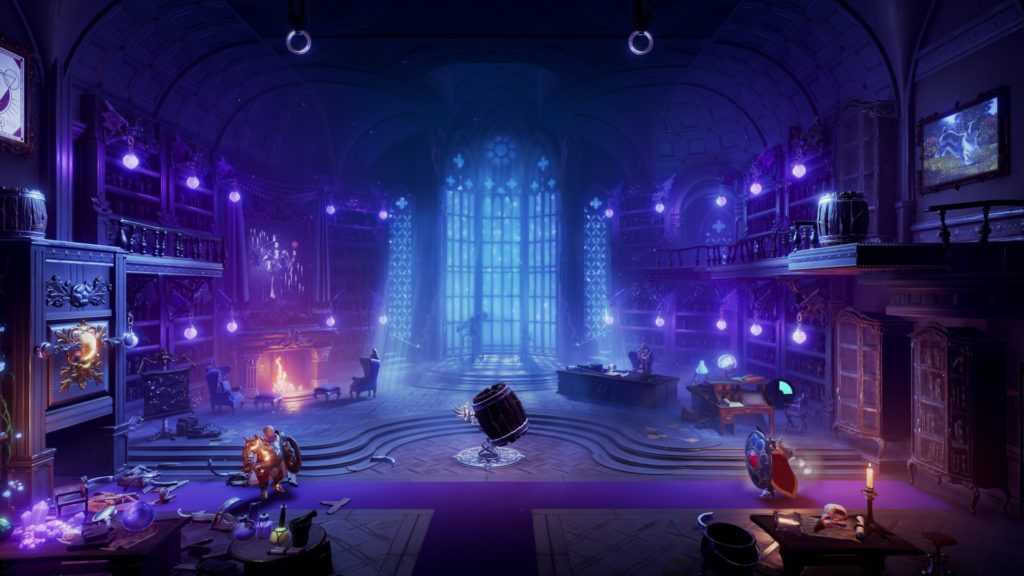 The levels, depending on whether you play alone or with other players, change slightly. When in company, the areas with environmental puzzles have fewer screen objects that can be exploited, and the resolution employs the minds of all the players involved, up to a maximum of three and for which there are no limits to the use of characters. Different speech with regards to the few fights against enemies, extremely simple and that are not affected by the presence or not of more human players. On the other hand I appreciated the bosses present in this version of Trine 4, each of which always requires the use of peculiar skills to be weakened and hit. Unlike the third chapter, the tree of skills was reintroduced, which widens the possibilities of action of the heroes but which in this version was rather thin and of extremely limited use. It seems that, with full play, the possibilities of combining the various powers will be ample and the puzzles will consequently become more and more complex. 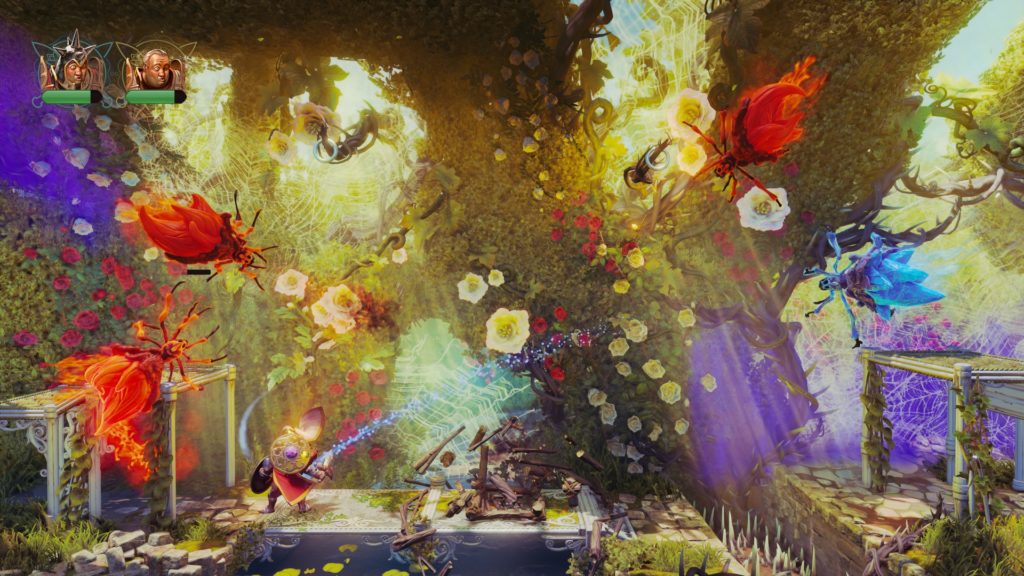 From a technical point of view there is little to say as the proven one is absolutely not the final version of Trine 4. The menus are still not very navigable, to change the resolution it is necessary to modify the text file but one thing is certain: the settings and the music keep the series name high. Delicate and colorful, each screen transmits a pleasant fairytale sensation and the music, always perfectly apt at the moment, cradles the player in every moment and presses him into the boss fight. The final version will count eleven levels and will be publishedOctober 8 2019. Given the basics, we can't wait to get our hands on the full game.