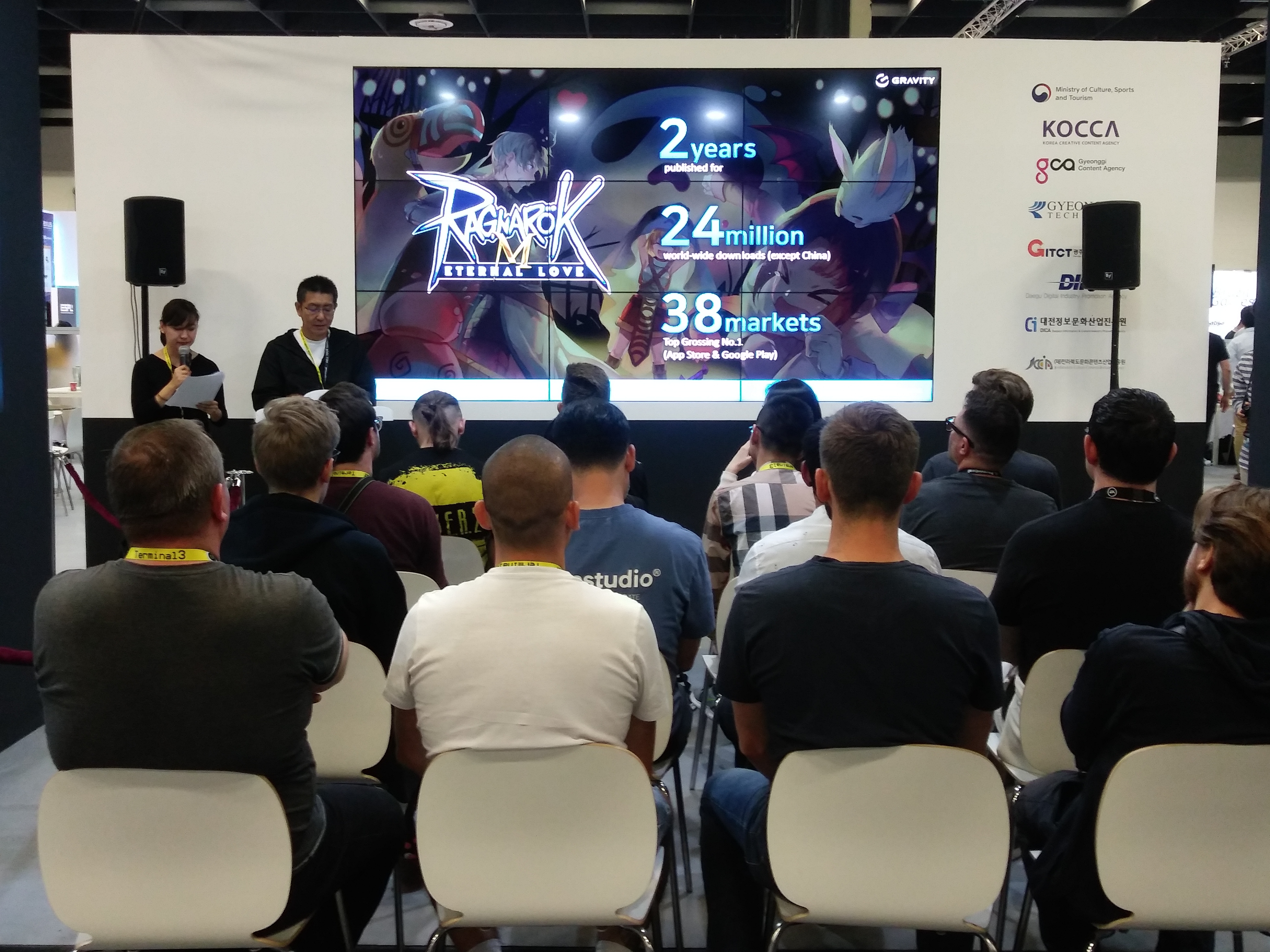 COLOGNE, Germany– (BUSINESS WIRE) -#ClassicAdventureGame–Gravity Interactive, Inc., a subsidiary of Gravity Co., Ltd. (NASDAQ: GRVY) which is a leading global game company, participated in GamesCom which is one of the three biggest games in the world, held in Cologne, Germany from August 20th to 24th.

On august xnumxth, Gravity held a presentation in the Korea Pavilion. In front of various global game companies and media outlets, it announced its plans to launch 'Ragnarok M: Eternal Love' in the European region.

During the presentation, Gravity spoke about the huge international success of 'Ragnarok M: Eternal Love', its plans to launch.

Innova, with its planned release for September 4th 2019. A CBT (Closed Beta Test) period will take place before the official relaunch.

During the presentation, Yoshinori Kitamura, CEO of Gravity Interactive, Inc. said he is delighted regarding 'Ragnarok M: Eternal Love's launch in Russia, Turkey, as well as Europe and explained it will be served in seven languages , Russian, German, French, and Turkish.

Yoshinori Kitamura also mentioned that he hopes that the re-launching of 'Ragnarok Online' by Innova in Europe will contribute to spreading the value of the Ragnarok brand. As Europe is the third largest game market in the world, Gravity realizes its importance. He also added that through his expertise

LIV Secures $ 2.6m in Funding From Hiro Capital for its Revolutionary ...