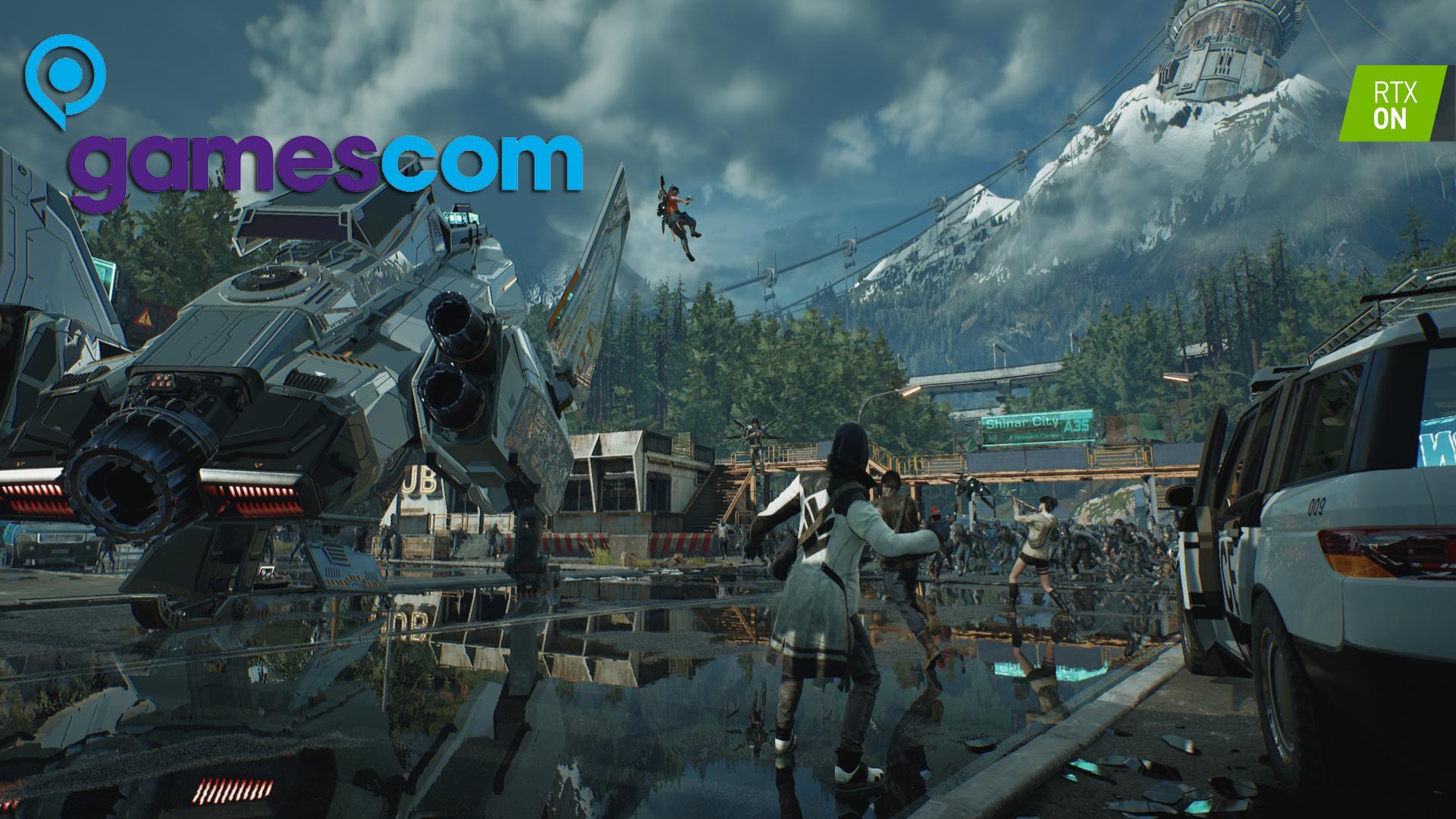 We are finally in Cologne and, even if the Gamescom has not yet officially begun, already today we have had our work cut out. In fact, in the early afternoon we participated in the showcase Nvidia dedicated to games that will implement Ray Tracing in their PC version. Among the various titles you can try, there was one marked as "secret". Once we arrived we couldn't wait to find out what it was and we got the answer we wanted: SYNCED: Off Planet.

Developed by Tencent Next Studios, SYNCED: Off Planet is a survival with PVE and PVP dynamics in which we must survive in a world dominated by zombies and others to be unpleasant.
In the era in which the game is set, we are all connected in a virtual cloud via a chip implanted behind our head. Zombies included. The real novelty of the game consists in being able to dominate entire hordes of zombies killing "the boss" and hacking the chip that connects it to the cloud. Once upon a time, the walkers fight for us both against enemies managed by the AI, and against real enemies.

In SYNCED: Off Planet we can indeed find ourselves fighting against other players, also fighting for survival. It is not yet known what the maximum number of players will be, but we already know that it will be possible to play as a team with friends.
Also, the release date is unknown.

Tomorrow we will post our first gameplay: we can't do it before because the images of the game are under embargo. Continue to follow us, therefore, for all the news on SYNCED: Off Planet!

Shigeru Miyamoto becomes an honorary citizen of his hometown

CD PROJEKT RED gives us the first gameplay of Cyberpunk 2077