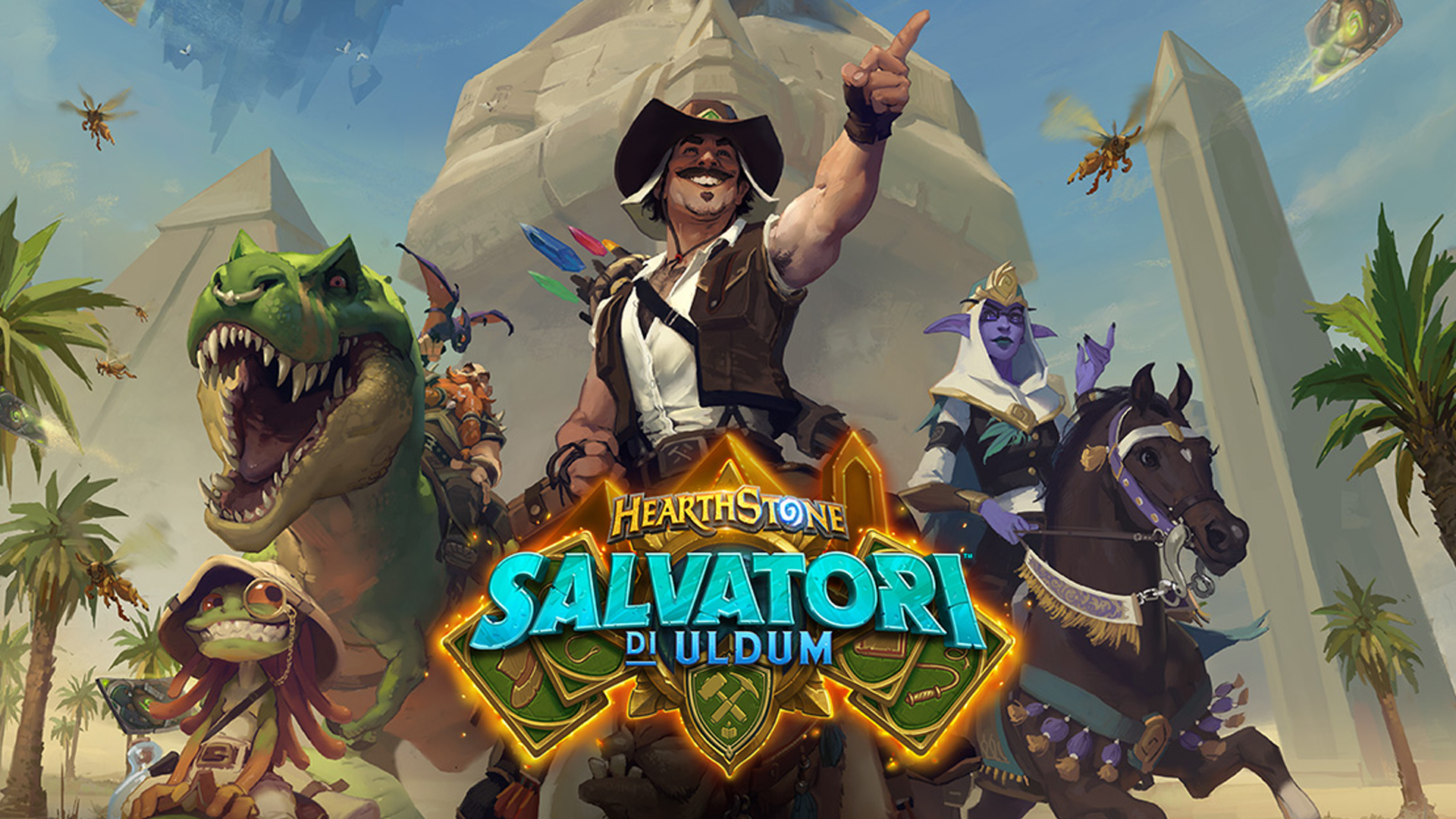 Blizzard Entertainment released today Uldum Saviors™, the new, adventurous expansion of the acclaimed free-to-play digital card game Hearthstone®. Uldum's Salvatori is the second part of the one-year Hearthstone trilogy, with 135 new cards that expand the possibilities of composing decks thanks to new servants, Magic and Weapons come to light in the sands of the deserts of Uldum, an ancient civilization full of tombs, powerful artifacts and dangers around every corner.

Uldum Salvatori marks the exciting return of the Explorers' League: Elise Cercastelle, Brann Bronzebear, Ser Pinnus and Reno Jackson, four of the game's most famous characters, who have become even more legendary in their own way. This quartet of archaeologists on a mission now has a powerful Battle Cry, whose effect is activated if there are no double cards in the player's deck.

Furthermore, Saviors of Uldum unleash powerful Wounds in Hearthstone, like the Murloc Plague, which turns all the servants on the field into these adorable and aggressive amphibious beings. Players will also be dealing with a new mechanic, Rebirth, thanks to which the defeated servants come back to life ably embalmed with 1 Salute. All nine classes of heroes will also face new ones Missions which, once completed, provide a Alternative Hero Power.

"Uldum's Salvatori expresses all of Hearthstone's personality and fun, offering players new strategic possibilities," said J. Allen Brack, president of Blizzard Entertainment. "We are excited to see the Explorers' League in action again and look forward to finding out what players will do with their decks in this expansion."

Hearthstone players have benefited from regular updates to play in new and exciting ways throughout the year, from the first Rise of Shadows expansion™ and his replayable single-player adventure Blast from Dalaran to the many free game events that give envelopes and gold in play. Next month, players will be able to explore Salvatori of Uldum's single-player adventure, Tombs of Terror, which will offer a new replayable experience full of threatening variations. More information on Tombs of Terror will be published shortly.

Savers of Uldum card envelopes can be won in the Hearthstone Arena mode and purchased with game gold or real money for the same price as other Hearthstone envelopes. Moreover, for a limited time* Accessing players will get one of the new Legendary Mission cards, randomly chosen from this set.

Cyberpunk 2077 will have an exclusive web comic on GOG