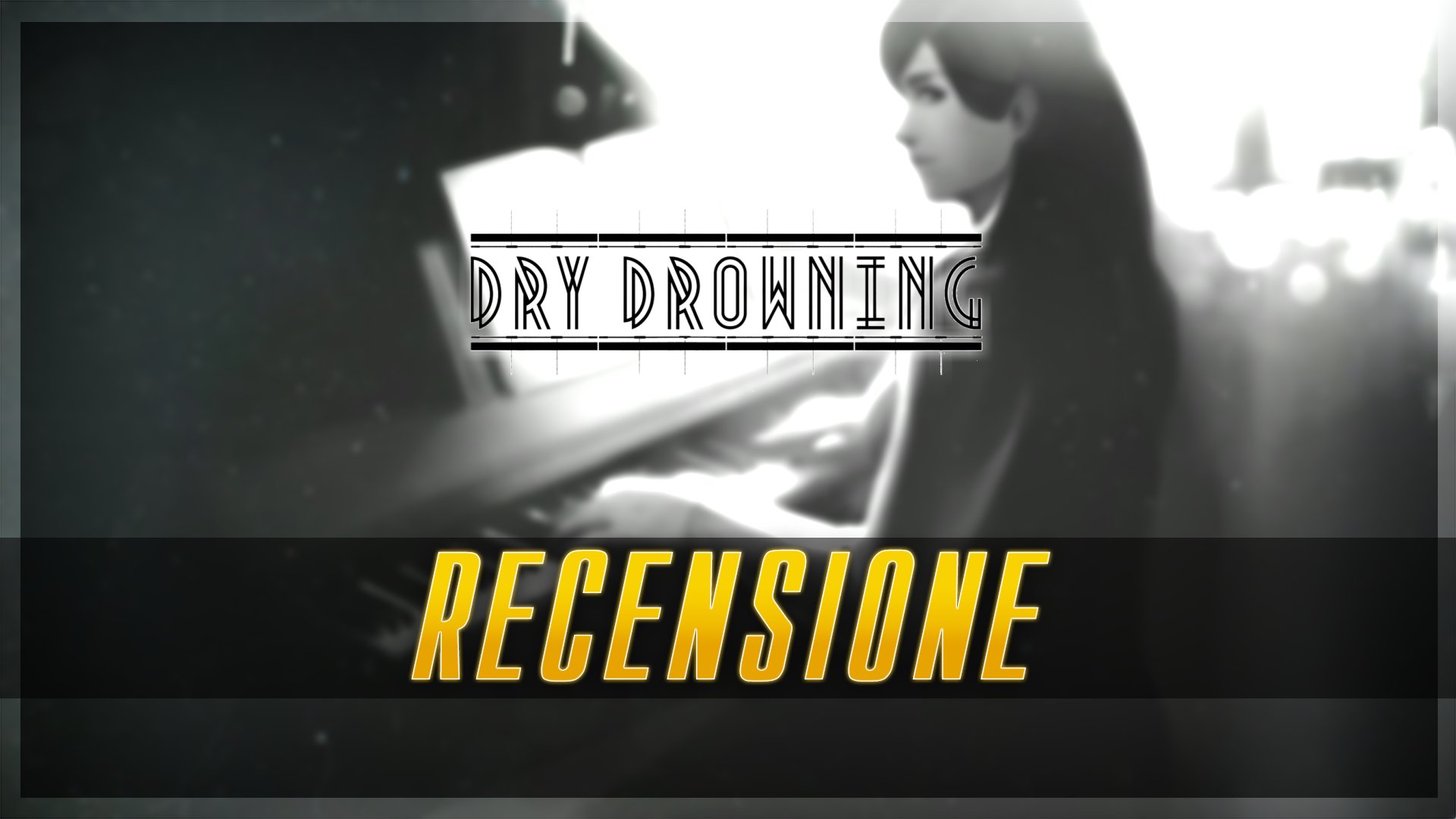 There have been several dystopian worlds in the last decade, and if we were to go in search of when they started to appear on the market, we could almost say with certainty that everything started with the 2011 with the return to PlayStation 3 of one of the most iconic franchises ever or that of Deus Ex. It was in fact thanks to the arrival of Adam Jensen (the protagonist of Deus Ex: Human Revolution) that video game developers have begun to propose dystopian worlds with strong Cyberpunk hues. 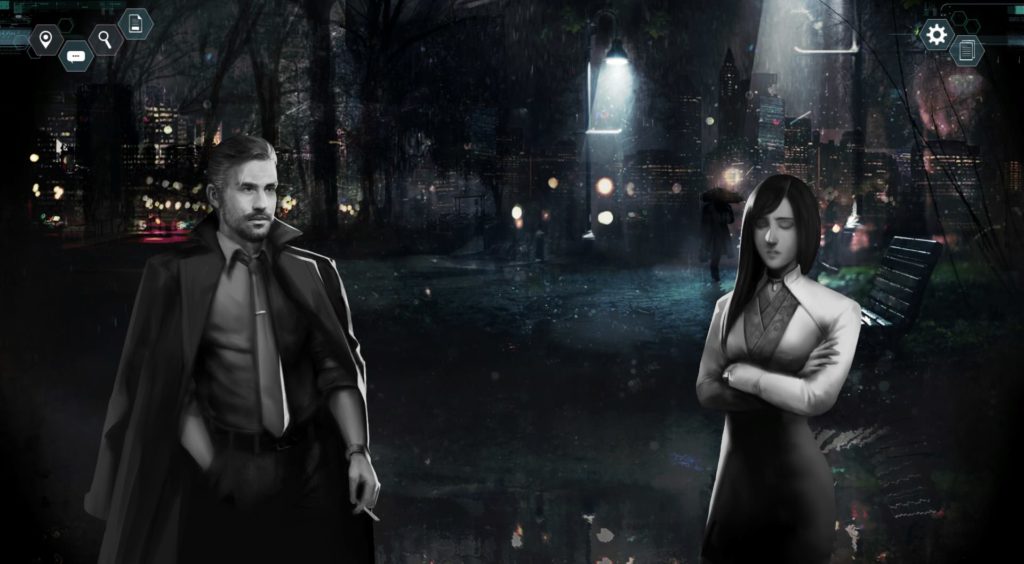 However, due to the very wide play offer focused on this sub-genre of science fiction, I approached Dry Drowning with a certain amount of skepticism, which lasted for a short period of time. The first thing that strikes you about the title is the artistic direction that can amaze and fascinate, thanks to a palette of colors that alternates pastel shades of gray, white and black, which give the whole experience a bewitching Noir atmosphere. The narrative imagery built by the development team brings to mind the iconography of that masterpiece signed by the director Ridley Scott, bearing the name of Blade Runner. The protagonist of the game, the detective Mordred Foley, in some ways is very reminiscent of Deckard (the protagonist of the film mentioned earlier) not so much in the look as in his careful and meticulous way of conducting the investigations, paying attention to details as well more insignificant. 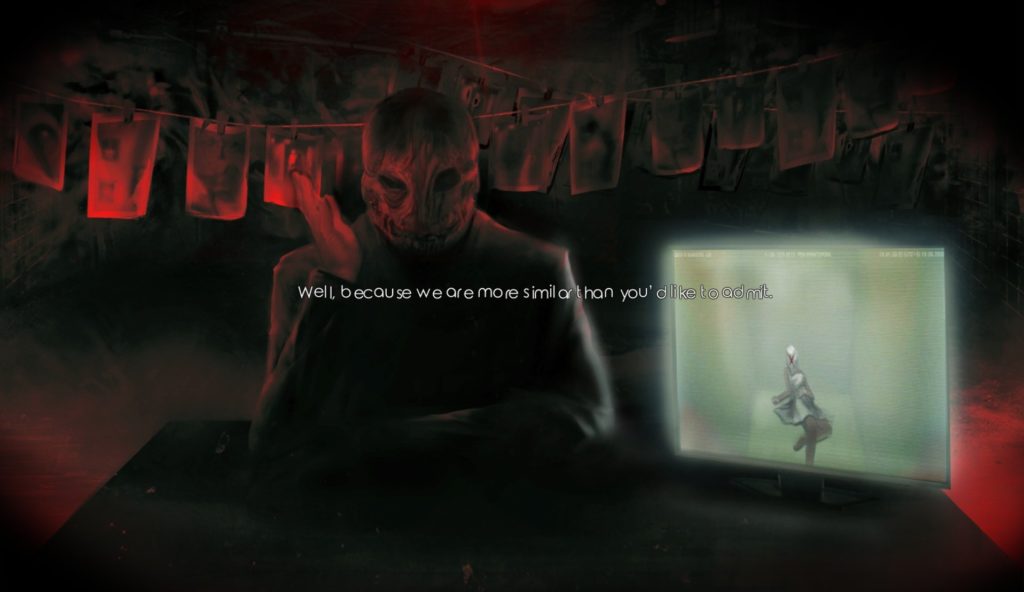 Despite the obvious points of contact with the imagery of the famous film, the debut work of Studio V however it manages to maintain its very strong iconographic identity. The substantial script is composed entirely of crossroads: every choice that the player is called to make has a wide impact on the events of the game. Still speaking of the story, it must be said that there are three possible endings, and that the total duration of the adventure is eight hours, which can easily exceed twenty if you decide to try all the available narrative crossroads. The soundtrack composed mostly of piano pieces manages to accompany everything that happens on screen very well. The gameplay is built to offer a truly satisfying investigative experience: like any good self-respecting detective, in fact, the first thing to do is to look for clues that can lead you to the resolution of the case. Said this way it may seem a fairly simple and linear thing, but it is not at all: to solve the case, an excellent memory is required both of the people you will meet during the adventure. both of the evidence that you will gather during the investigation. During the interrogations, it may happen that a mask with animal shapes appears on the face of your interlocutor, when this happens it means that he is lying to you. 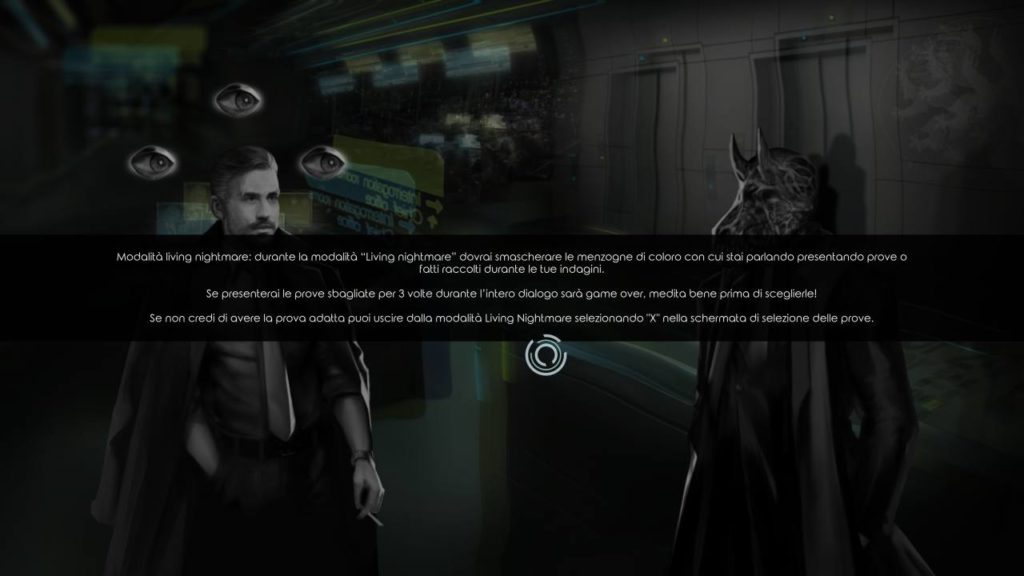 In addition to the splendid artistic direction, the other true protagonist of the game is certainly the setting: Nova Polemos, the sprawling city that is the background to the events is really well characterized and full of charm; streets washed by incessant rain, strong wind, lights and neon signs, are some of the details that strike you like a punch in the face, as soon as you have passed the game menu and the initial introduction. Studio V has managed to propose a very convincing and personal version of the famous "butterfly effect", and to ensure that the player feels the weight and responsibility of each individual decision. Dry Drowning but exactly like Nova Polemos: some dark shadow has it, and it is to be found mainly in the menu design not really inspired and in some simplifications included in the investigations. In conclusion, VLG and Studio V they did a really good job with Dry Drowning, and if you are looking for a title with a strong investigative component, then do not hesitate: take hat and raincoat and go explore the city, you will not regret it.

Piermatteo Bruno - December 2 2021
Titanfall is a game that in recent years has been torn apart by technical problems related to the multiplayer component. In fact, for some time now, the players ...
News

Di Sarno Raffaele - December 1 2021
In the past few hours Microsoft has published the now usual monthly roadmap that shows the titles arriving during this December 2021 in the Xbox catalog ...

Fortnite will move to Unreal Engine 5 in 2021