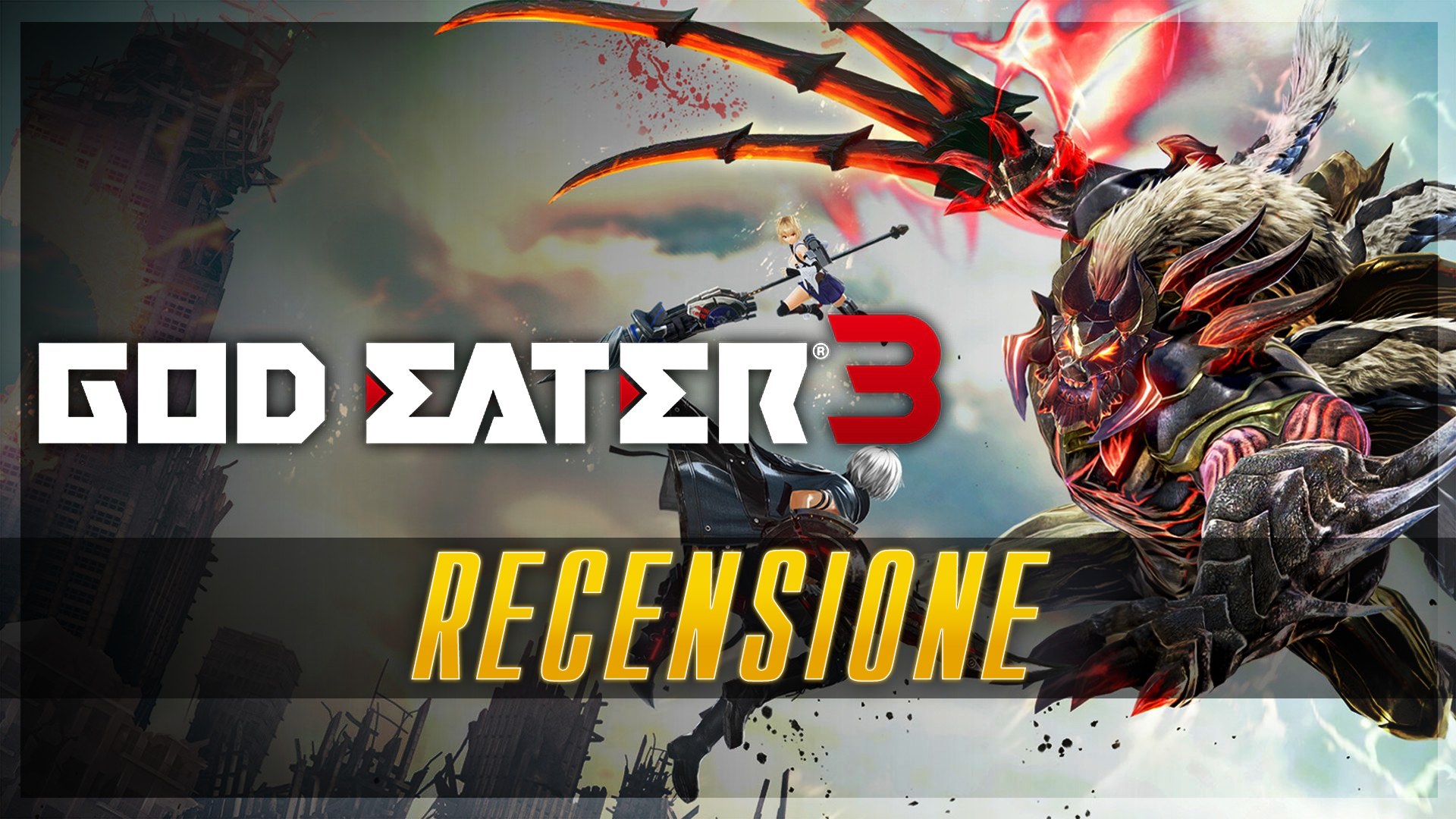 The absence of Monster Hunter World on the Nintendo Switch makes itself felt, and despite Capcom has tried to monopolize the market of the hunting game also on Nintendo's hybrid with the porting of MH Generations Ultimate, God Eater 3 today it is proposed as the only valid alternative on a console that instead lends itself naturally to this kind of titles. God Eater is in fact a brand that was originally born just for one portable console, the much loved PSP, and that returns in this 2019 with a third chapter that aims to rejuvenate the saga of what is no longer just a niche genre. 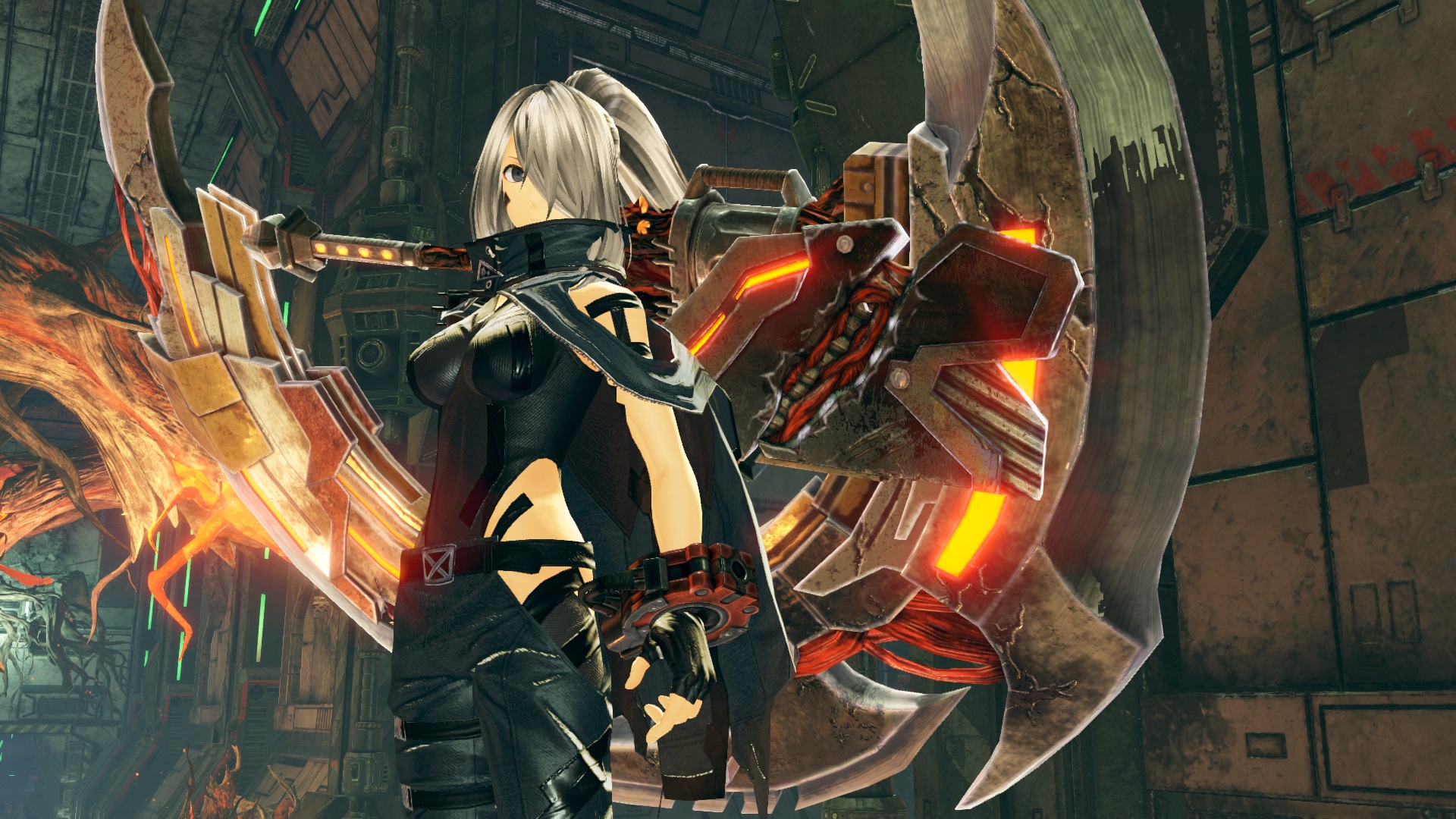 A solid plot, but a character design not up to par

The advantage of the hunting games saga of Bandai Namco compared to the most famous of Capcom has always been that of the narrative, which goes along with the classic gameplay of group fights against giant beasts. God Eater 3 pushes a lot on this factor, introducing this post-apocalyptic world where the Storms Ashen devour everything and everyone, leaving behind in addition to a half-destroyed landscape, Aragami enraged that put at risk the very survival of the human race. The only individuals who can counteract the extinction of the human race are i God Eater Adaptable, youngsters at a young age merged with the Oracle Cells of which the Aragami are composed, and which are able to absorb them from the latter in combat to enhance their God Arc, semivivente weapons that put their own life at risk during use. As if this were not enough, the GEAs are treated as slaves, kept handcuffed and in jail, and left free only when there is a need to exterminate ferocious beasts. And it is precisely around the concept of freedom that rotates all the plot that our protagonist will live with his companions, a freedom that must be achieved with fights, and that has the ultimate goal of being able to guarantee a future of hope to their own kind. 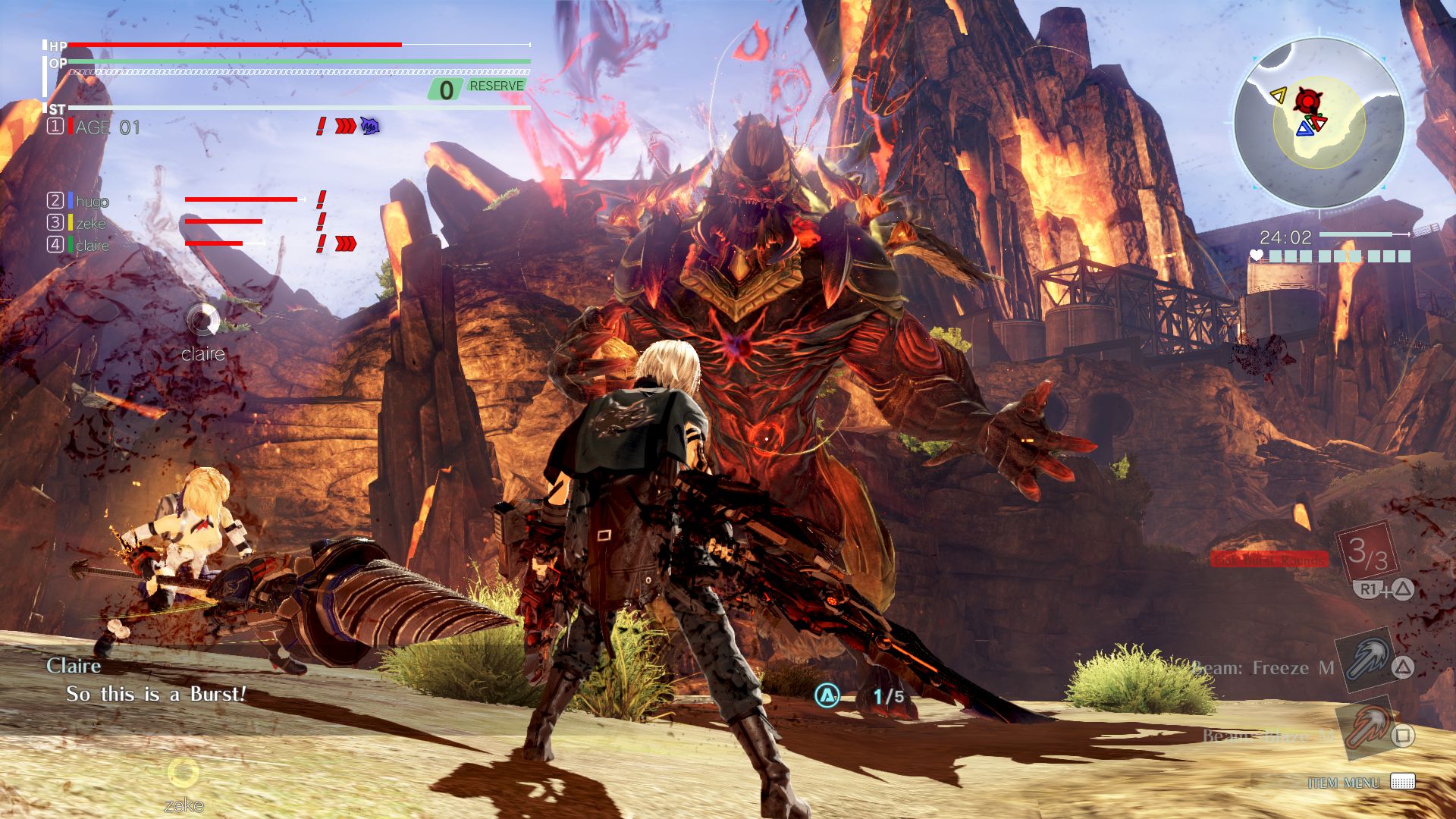 Although the articulate and omnipresent plot manages to distinguish the God Eater brand from its direct competitors, the character design fails to be worthy of the plot that accompanies it. Our protagonist, which can be customized in all its aspects at the beginning of the adventure, will in fact be silent, making the "conversations" that we are going to experience even in the numerous cutscenes and situations that will emerge in the course of our journey almost embarrassing. The supporting characters instead reflect all the classic stereotypes of any one anime Shonen, practically all anonymous, and with "quite pronounced" forms for women. All this would not even be a problem if the title did not offer such a serious and almost tragic plot, but in fact it is, and the storytelling and character design in fact they find themselves simply colliding with each other. 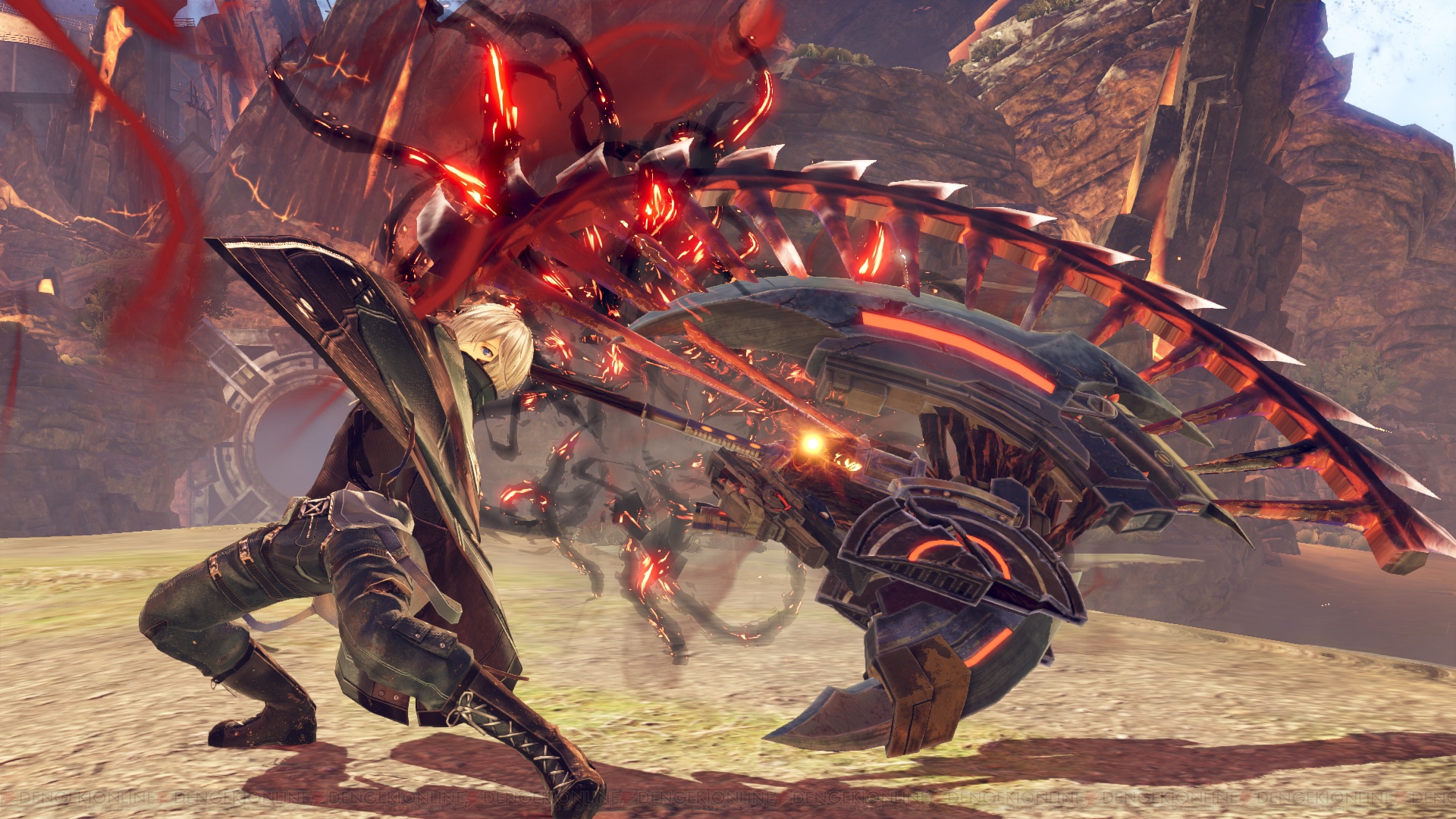 La longevity of God Eater 3 settles around 30 hours as far as the main campaign is concerned, which can be dealt with both in single and in cooperative, but the duration of the title increases considerably, even doubling or even triple, if we are going to complete all the myriad secondary missions and activities extra that the game has to offer.

A hybrid and fun gameplay

It is known that gameplay is always the focal point of the work with regards to this genre of video games, and God Eater 3 in his own way he tries to revamp the cumbersome and often slow concept of hunting games once again. The hybrid that emerges is an interesting fusion of hack n'slash more marked by the action combined with the classic mechanics of the management of the bunting, which definitely manages to bring a breath of fresh air to the genre, while remaining faithful to the concept "easy to learn, hard to master”, And thus guaranteeing a learning curve able to provide a feeling of satisfaction and fulfillment to every kind of player. Our God Arc is capable of take different forms in combat, passing from the normal melee weapon equipped, at rifle which allows us to attack from a distance, up to shield capable of blocking Aragami attacks, all with little controller input. The customization is another of the points in which God Eater shows the muscles, allowing to select eight types of melee weapons, five at a distance, and three types of shields. Each weapon also has different abilities that activate during Burst mode, which can be used for a short time after our God Arc literally has bite the Aragami, overloading and accessing new levels of power. The combinations are virtually endless, and able to satisfy the style of play of any player, thanks to the very wide variety of equipment customization. 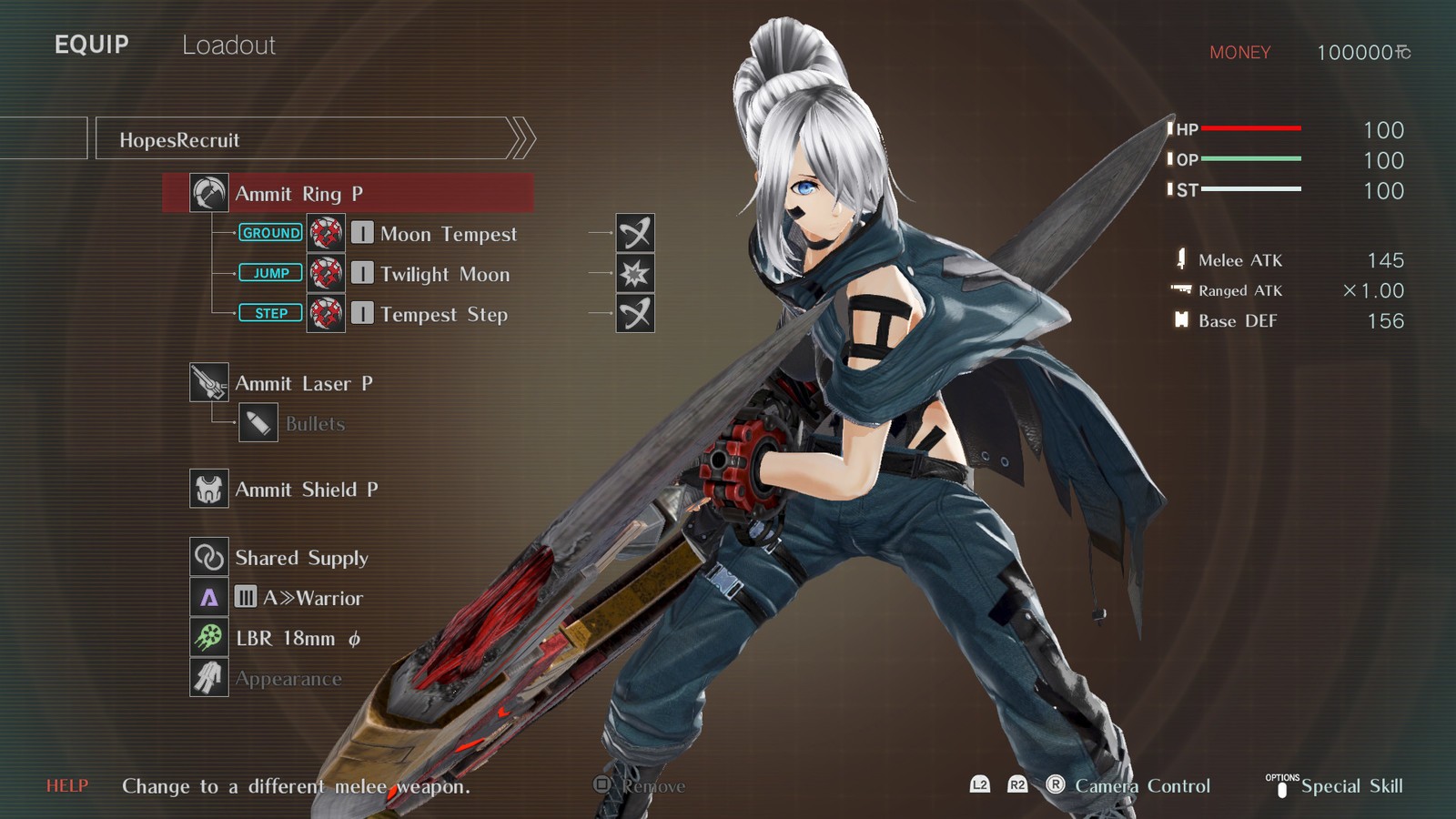 Despite all the attempts to try and make the gameplay as accessible as possible combat system, it is impossible not to notice the blatant inadequacy of the control system, which unfortunately is not remappable in any way. Many of the skills or commands are in fact linked to the same key, which may have to be pressed more or less quickly or together with others to perform a certain input. Being so many and varied the possible moves in combat will happen more than once to "err" the command, for example by executing one Switch from the melee weapon to the rifle when we simply try to perform another attack, with the error that can lead to suffering unnecessary and unwanted damage in a tense battle. Fortunately this rarely affects the victory, since the difficulty level does not appear to be excessively difficult, even and perhaps above all, of the NPCs who accompany us in the missions, which in addition to being extremely powerful in battle, are ready to cure us or revive us when we are in trouble.

A well-maintained port in the technical sector

In a title so frenetic and with many elements on the screen, it's almost astonishing that the title don't have frame drops on the hybrid of Nintendo, but to ensure the best possible gaming experience the developers wanted to push hard on the stability of the game, making the porting of God Eater 3 almost perfect in its technical aspects. The graphic engine certainly does not aim at photorealism, we are talking about one anyway anime style, but also in comparison with the PS4 and PC versions of the game, if not for the resolution, the game is virtually identical in graphics. Another extremely positive point for the standard of porting Third Party games on Nintendo Switch is the extremely fast loading times in each area of ​​the game, and even between the menus themselves. This is a feature often overlooked by those involved in transporting games on Nintendo's less powerful hardware, but which was instead kept in mind by developers by God Eater 3, which allow the player to never break the pathos and fast pace of the game. Finally, note also on the audio compartment of the title, with music able to foment the action in the most frantic moments, and with a dubbing, selectable both in Japanese and English, well cared for in both languages. 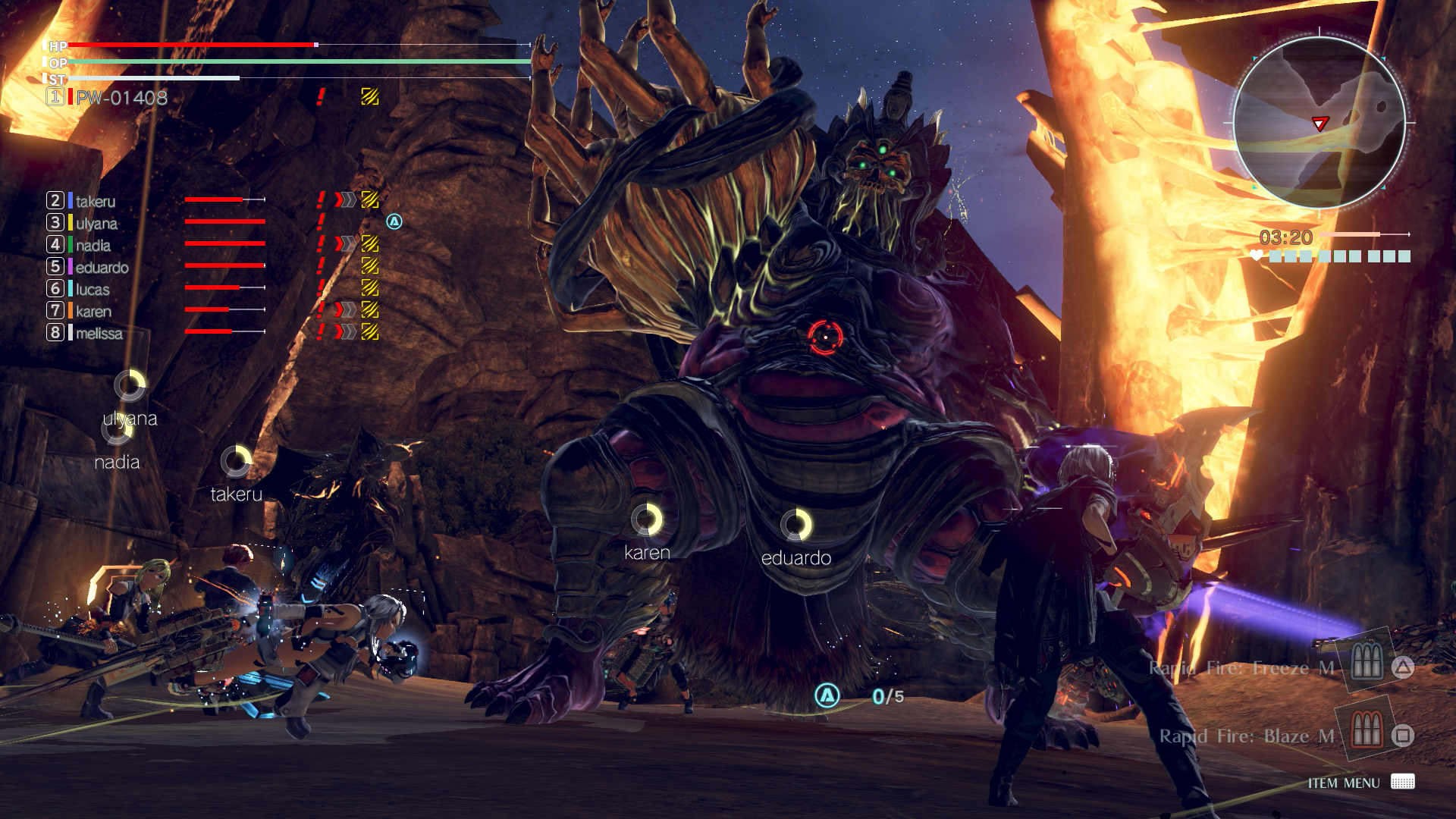 Overall, God Eater 3 is a title that can offer one Valid alternative to the much more established Monster Hunter brand on both Nintendo Switch and other platforms. Far from being a "copy" of the competitor, the title of Bandai Namco approaches the genre in a decidedly more action and frantic way, offering an opportunity to get closer to the genre even to the less accustomed of the classic mechanics of the "hunting game". We must also not be intimidated by the fact that this is the third chapter of a brand that has been going on for several years now. God Eater 3 is in fact absolutely enjoyable in every aspect, including plot, even by those who have never approached the saga before, thanks also to the very useful database in the game menu that contains all the details on the lore and on the game world, as well as obviously acting as bestiary for every creature we meet.

Monster Hunter Rise, the soundtrack will consist of 117 tracks contained in four discs

Steins; Gate Elite is the remastered and animated version we wanted