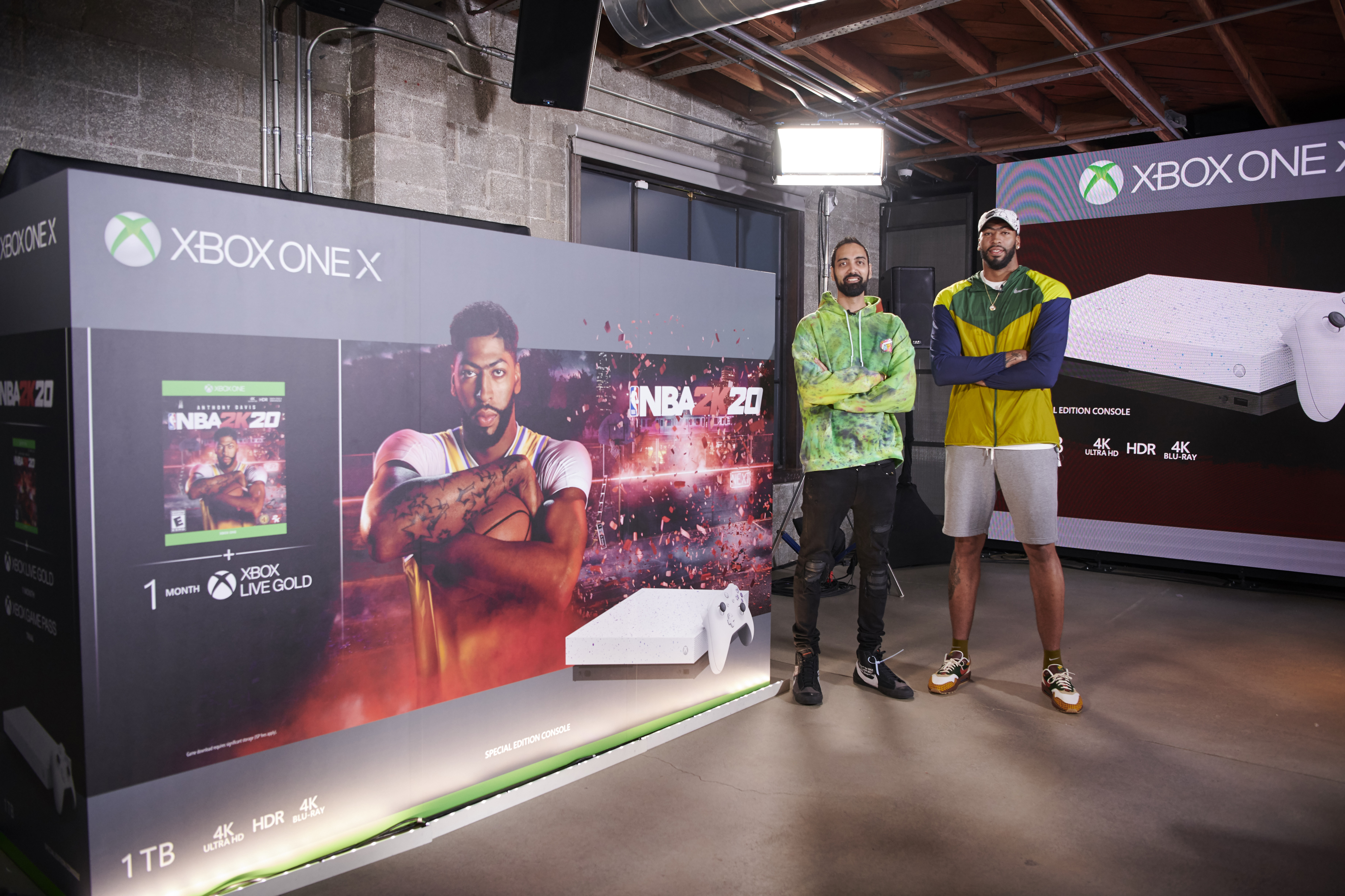 At the event, Davis went head-to-head with popular NBA 2K insider, Ronnie 2K, in an NBA 2K19 showdown on Xbox One X. Davis showed off his moves in true 4K on the world's most powerful console. The game between Davis and Ronnie 2K came down to a last second finish with Ronnie edging out the All-Star.

"I grew up playing NBA 2K on Xbox, and it's a huge honor to see myself on the cover and have my own special edition bundle," said Davis. "I've been working nonstop this offseason to make sure I'm at the top of my game. The realistic game engine in NBA 2K on my Xbox One puts me right on the court I can get mentally ready for my first season in Los Angeles. "

Players can boot up the custom Xbox One Hyperspace X featuring a cyan and magenta night sky design, jump into an immersive, open-world Neighborhood and shoot hoops with the best ballers from around the world in NBA 2K20. The Special Edition Xbox One X NBA 2K20 Bundle is available for pre-order today $ 499.99 USD and will be available starting September 6 at a Microsoft Store near you and online. The bundle includes:

* Game download requires significant storage (ISP fees apply). Digital Direct: Game and memberships are provided directly to your console during set-up and are available in Settings; no codes required.

Microsoft (Nasdaq "MSFT" @microsoft) enables digital transformation for the era of intelligent cloud and intelligent edge. Its mission is to empower every person and every organization on the planet to achieve more.

More details about Xbox One, Xbox One games and the latest Xbox news at the Xbox E3 Briefing can be found at https://news.xbox.com.

Press releases and media assets can be found at https://news.xbox.com/media (By clicking on "Select Category").

Note to editors: For more information, news and perspectives from Microsoft, please visit the Microsoft News Center at https://news.microsoft.com. Web links, telephone numbers and titles were correct at time of publication, but may have changed. Contact Microsoft's Rapid Response Team or other appropriate contacts listed at https://news.microsoft.com/microsoft-public-relations-contacts.

Lorenzo Zambetti - 21 September 2020
Very hot days on the subject of announcements in the LEGO house. LEGO just announced the classic Christmas set (one is released every year) that ...
Bricks

Lorenzo Zambetti - 21 September 2020
Today lego announced its latest set from the distant galaxy of Star Wars, it is 75318 The Child set from ...

Activision Blizzard to Release First Quarter 2020 Financial Results on May ...