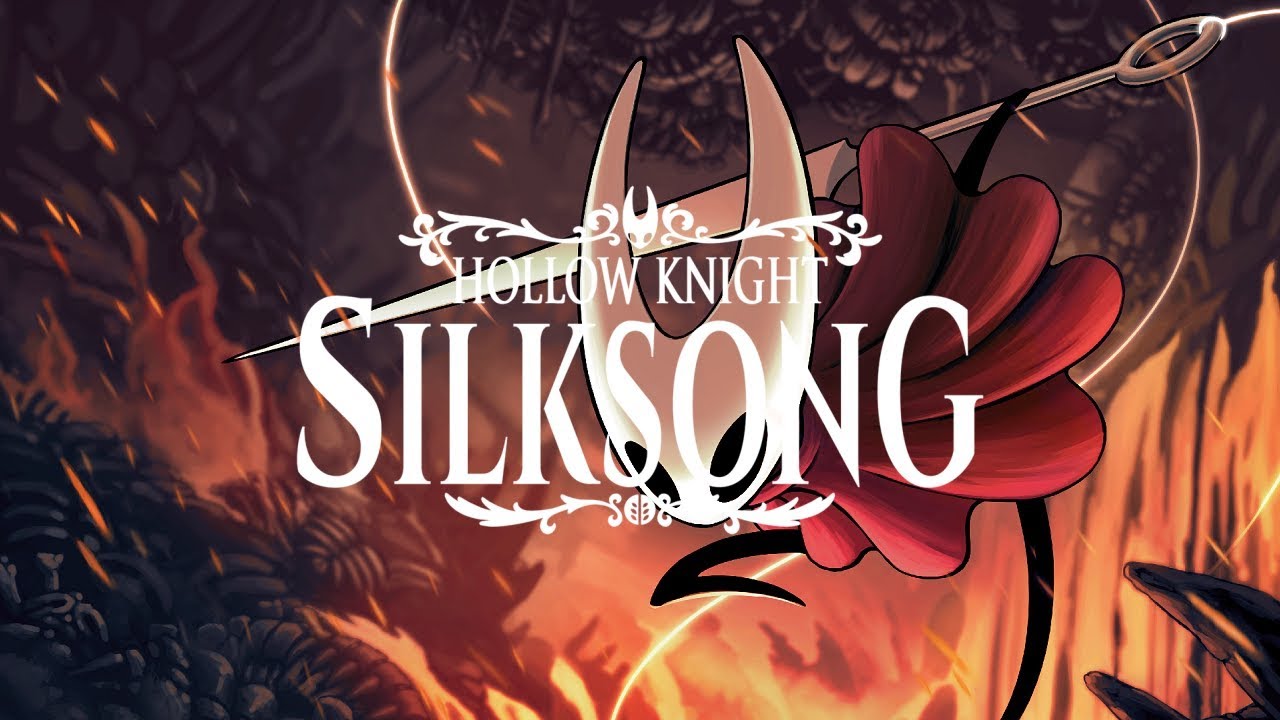 Hollow Knight is one of the titles that I loved on my Nintendo Switch, able to entertain, amaze and give very strong emotions to all lovers of the Metroidvania genre, with a touch to the Dark Souls regarding the lore of the game world, but without abusing the airtightness used in From Software titles.

The test of the game took place in Milan during the Nintendo E3 post event, specially organized to offer a first contact with the titles presented and released on Nintendo Switch.

Let's start with the premise that in Silksong the protagonist is no longer the little Hollow Knight, but the splendid and agile Hornet, armed with his trusty spike and his silk threads. Returning to the game, the test offered two distinct sections to play: one that starts directly from the beginning, while the second sees us face the adventure in an advanced phase of the title.

Our new adventure begins with a caravan traveling to an unknown place in the kingdom of Farloom, and inside the chariot escorted by insects, which I remember are the inhabitants of the world created by Team Cherry, we find Hornet. Fortunately, Hornet's imprisonment does not last long, because thanks to a mysterious event we wake up alone at the bottom of a ravine. Finally the protagonist's journey begins. 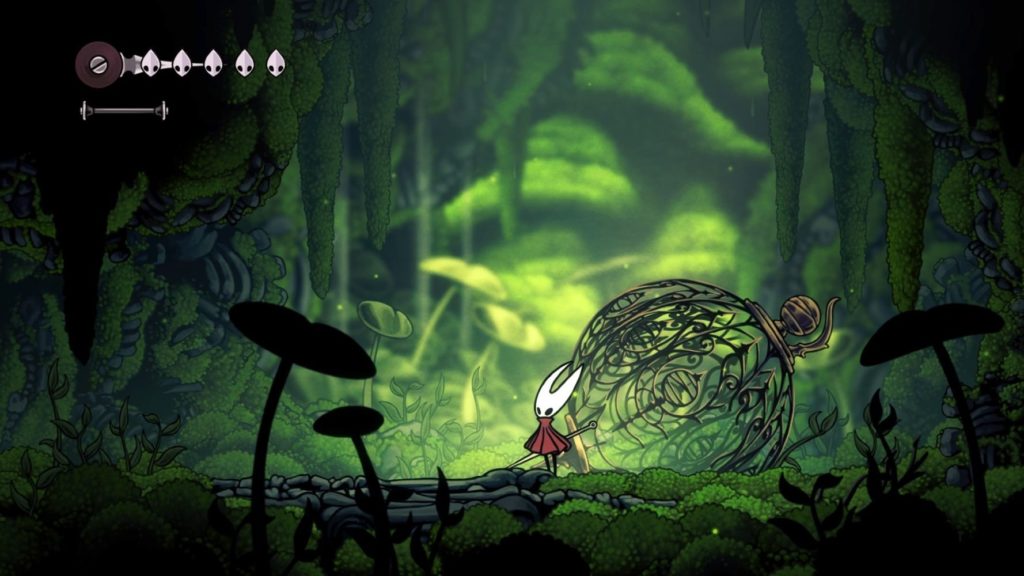 Having taken command of Hornet, here is where my exploration of the first called game zone begins Moss Grotto. Once I am familiar with the basic commands, which reflect those of the previous title, I can officially start my adventure.

Despite some similarities in the controls, our protagonist behaves differently from the small vacant knight. The first thing that catches the eye is the game interface, similar in counting our vital energy to that of the first chapter, but very different in indicating how much energy we have to recharge our life points or to use special attacks.

Just these two indicators or reels, introduce a new mechanic within the game world. If in the previous title we could accumulate souls from defeated enemies and use them to recharge our lives one point at a time, in Silksong whenever the two reels become full we can recharge most of our life points at the same time. Reel reloading is linked to combat, so every time we hit our enemies, we see the small reel at the bottom left of the interface fill with silk.

Different story for the spool, connected to the life counter, since it can only be used when the first spool is full. But be careful: the spool must also be loaded, which happens as soon as we hit or kill an enemy, but only with the coil fully charged.

Removed the speech of sewing tools, in the game back the masks to increase the life points, one new game currency call rosaries which replaces the Geos and finally a new element called Sheel Shards. The Shards come used for crafting, although unfortunately it is not possible to know which and how many tools we will be able to create during the adventure, but we will find out when the game is launched.

As I continue in my test, I advance without too much trouble fighting and jumping, as well as being amazed by Hornet's ability to hit enemies even with slanting slashes, very useful against armored opponents, while for the platform stages we can count on the ability to cling to the edges of the platforms, absent skill in the first game.

Bosses, enemies and a lot of exploration

My journey in the first area of ​​the game obviously ends with a boss fight that is not too complicated, but perfect to end with the initial phase. The second area of ​​the test, unlike the first, was the one that managed to give me the best sensations about the goodness of the work done from Team Cherry.

Thus we begin to move in Deep Docks, an area of ​​the highly industrial gaming world, with pipes, lava flows and machinery of all kinds. In this area I found the quality of the level design experimented with the first Hollow Knight: secret areas, elevators and countless details give the right atmosphere to the title.

Considering the by now consolidated ability of the developers to design and create game environments, after a while I walked with certainty towards the goal, I found myself wandering around the map. My extreme desire to explore has brought me to different points of the area to try, so much so that at a certain point the promoter who was with me rightly brought me back to my footsteps. 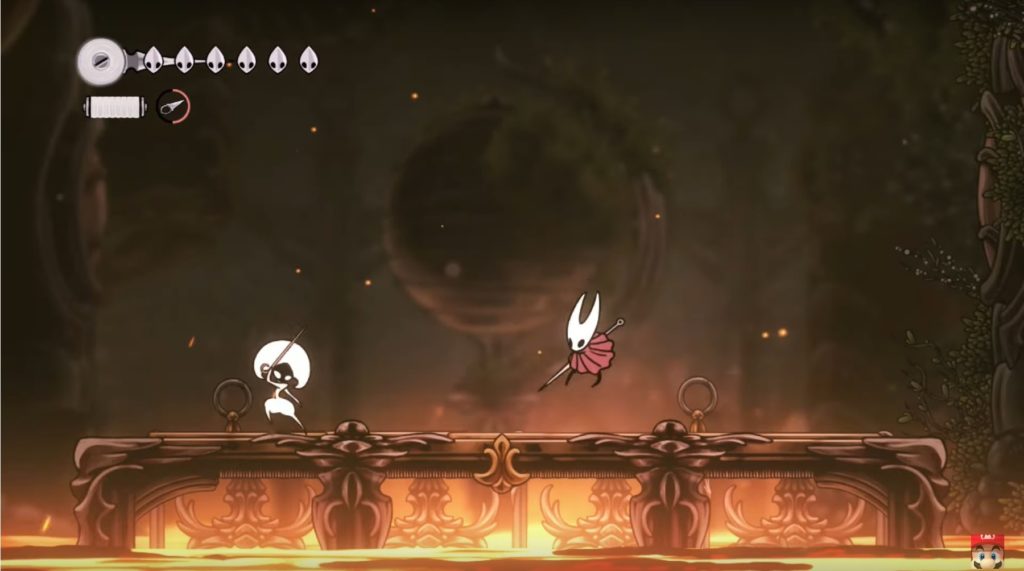 And here we come to the best note: the boss fight against the Lace swordswoman. Unfortunately I have to admit my defeat against Lace, despite my various attempts to get the better of the boss. This opponent has numerous attacks that do not follow a precise pattern, but change from time to time based on how and where we are in the combat area.

The fun that gave me and the intensity of the fight caused me an irrepressible desire to take the game, get home and fight against the boss calmly to enjoy a possible victory, but for this reason I look forward to the launch of the title.

Arrived at the conclusion of my experience with Hollow Knight: Silksong, the sensations I perceived are positive both in terms of gameplay, setting (at least for the test areas), sounds, enemies and many little gems that wink at the player who finished the previous adventure.

Hollow Knight: Silksong managed to give me the feelings I was hoping for, leaving me exasperated at the idea of ​​waiting for the game to exit before I could replay it.
If you are a Metroidvania fan with a pinch of Souls, then wait with me for the release of the title will be available for PC and Nintendo Switch. If you do not have recovered Hollow Knight, this is the best time to catch up with a game that will hardly disappoint your expectations.