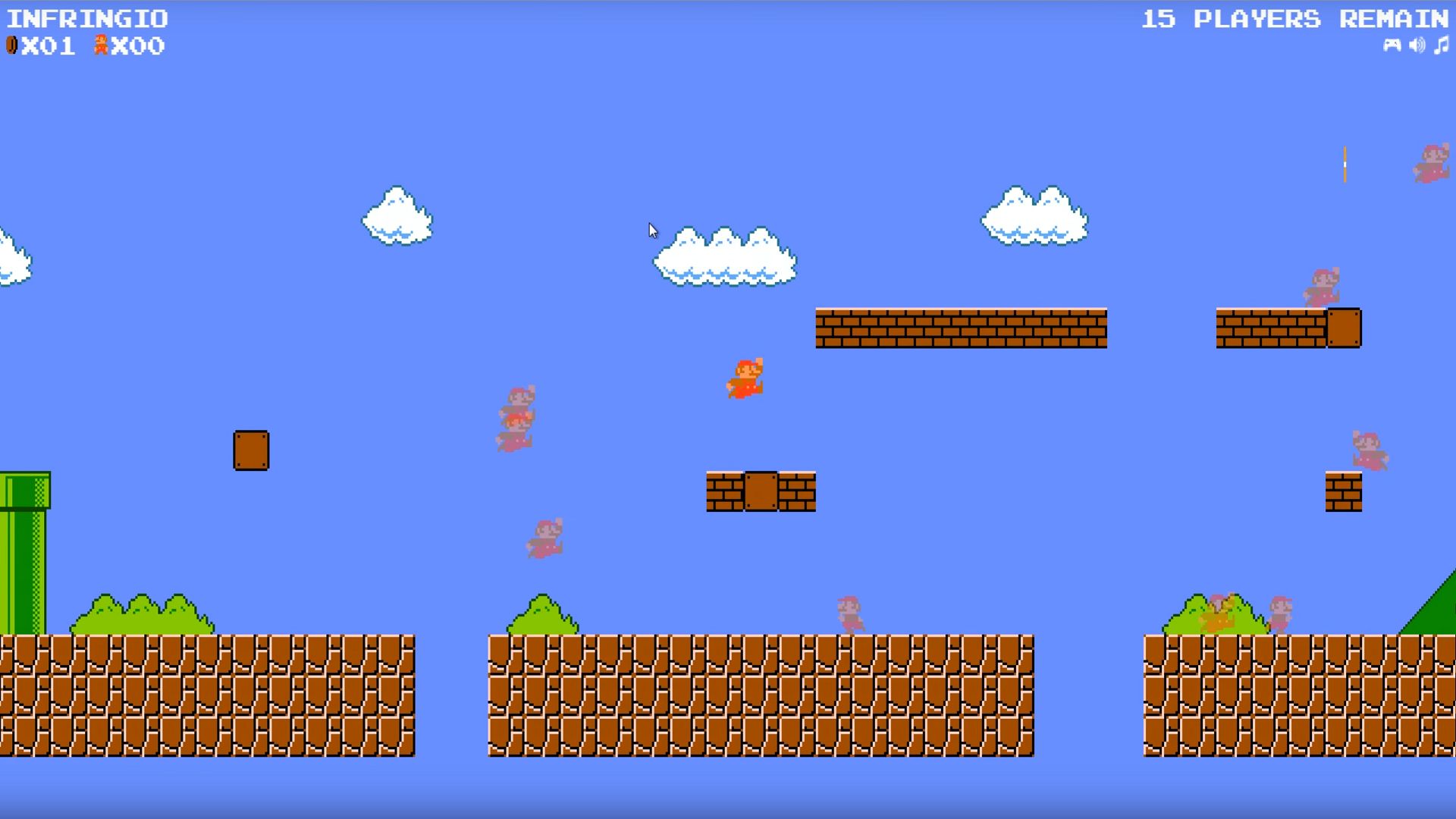 It happened. Maybe it was just a matter of time, but now it's finally reality.
Fortnite, Apex, PUBG ... dodge now it's Mario Royale's turn, Battle Royale version of the historic Super Mario Bros. The game, conceived and created by InfernoPlus, was "launched" two days ago on Youtube via the channel of the young programmer.

The goal, as well as the rules and dynamics, is extremely clear. Let's talk about a browser-game where up to 100 players at the same time they compete to finish first at the end of the map. Game maps (worlds) and Mario Royale commands are a faithful reproduction of those featured in Super Mario Bros.
Obviously you cannot interact directly with the players, but you can slow them down / damage them with shells or breaking the blocks on which they rest. Particular attention should be given to power-ups: they are shared, which means that the first one that takes them is extremely advanced compared to all the others. You must therefore hurry, but at the same time be careful not to die prematurely.

If you want to try it that's enough click here. As usual, the only problem could be Nintendo's behavior: how long will Mario Royale last before being knocked out? So hurry up and try it.

Rumor - PS5: Will the GUI help players in need?