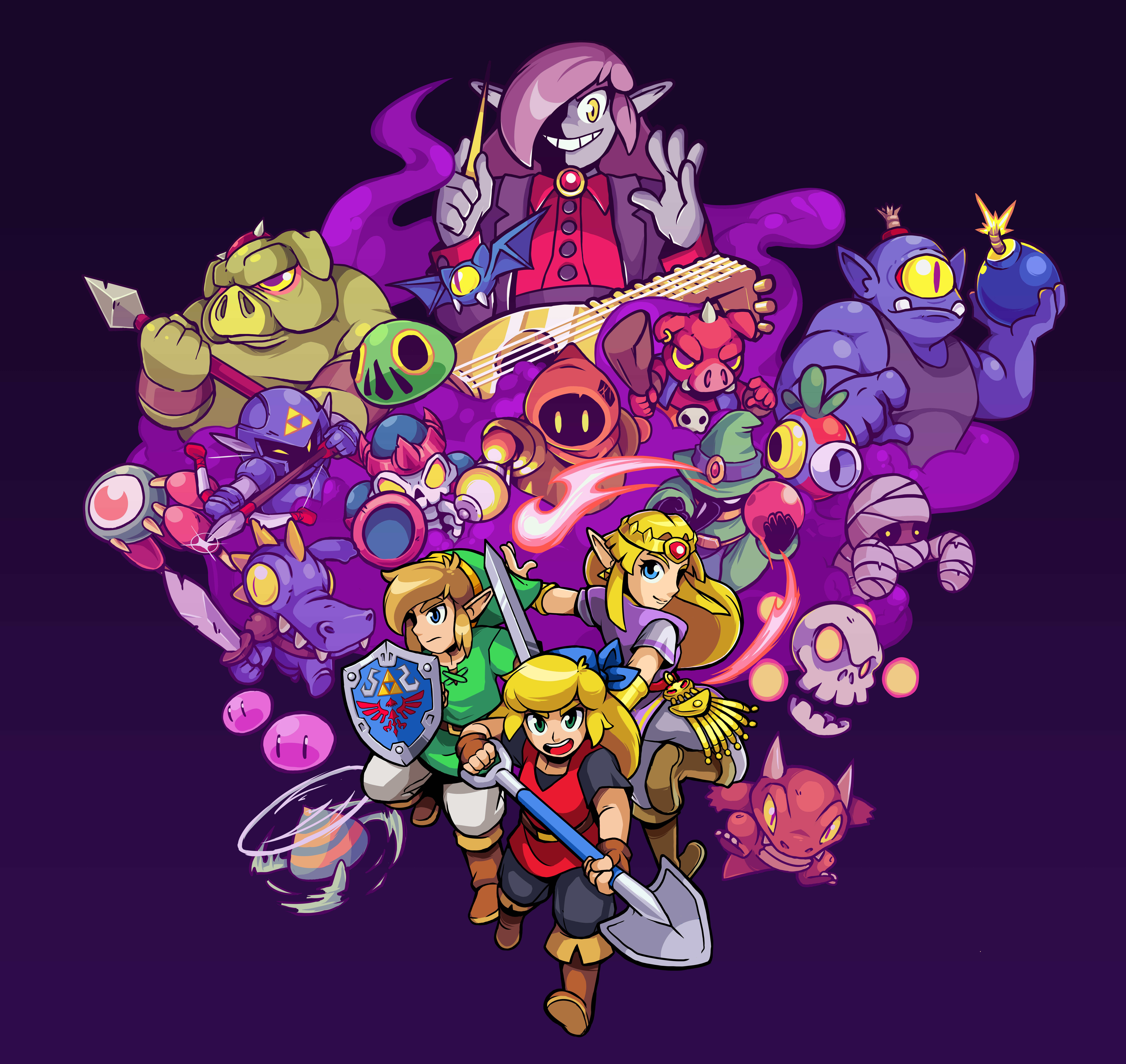 REDMOND, Wash .– (BUSINESS WIRE) –Thursday's Nintendo Treehouse: Live programming focused on some great games and content coming to the Nintendo Switch system. And the showers didn't have to wait long to play two games featured during the show - the new rhythmic action-adventure game Cadence of Hyrule: Crypt of the NecroDancer Featuring The Legend of Zelda and Overcooked! 2: Night of the Hangry Horde DLC are both available to purchase and download now from Nintendo eShop.

In the Cadence of Hyrule: Crypt of the NecroDancer Featuring The Legend of Zelda game, each move the player makes - whether it's moving, attacking, defending, using items or more - must be timed to the beat of the music, which features remixes of familiar tunes from the Legend of Zelda series. Link or Zelda, as they travel through the world as a link.

Make a wrong move and the character will be defeated, losing all their rupees, keys and limited-use items. Don't fret, however, as their adventure with in-game currency. Players who want to play Cadence of Hyrule: Crypt of the NecroDancer Featuring The Legend of Zelda their way. This is each player's journey to undertake, so there's no right way to endure it.

Overcooked! 2: Night of the Hangry Horde from Team17 Digital Ltd. and Ghost Town Games sees players the most terrifying threat to the United Kingdom they've brought friends! This brand new DLC introduces an entirely new mode in which players must know how to know how to repel waves of ravenous undead ingredients.

The upcoming indie games in the Nintendo Treehouse: Live spotlight, viewers got a first look at live gameplay and other in-game reveals. These games include:

To see videos of all the gameplay segments and to catch up on Nintendo's activities at E3 2019, visit https://e3.nintendo.com/.

Lorenzo Damiano - August 6 2020
Before going into the real body of this analysis, let me write a few lines in which I take the liberty of, in ...
BusinessWire

Ancestors: The Humankind Odyssey to Launch for PC on August 27, ...