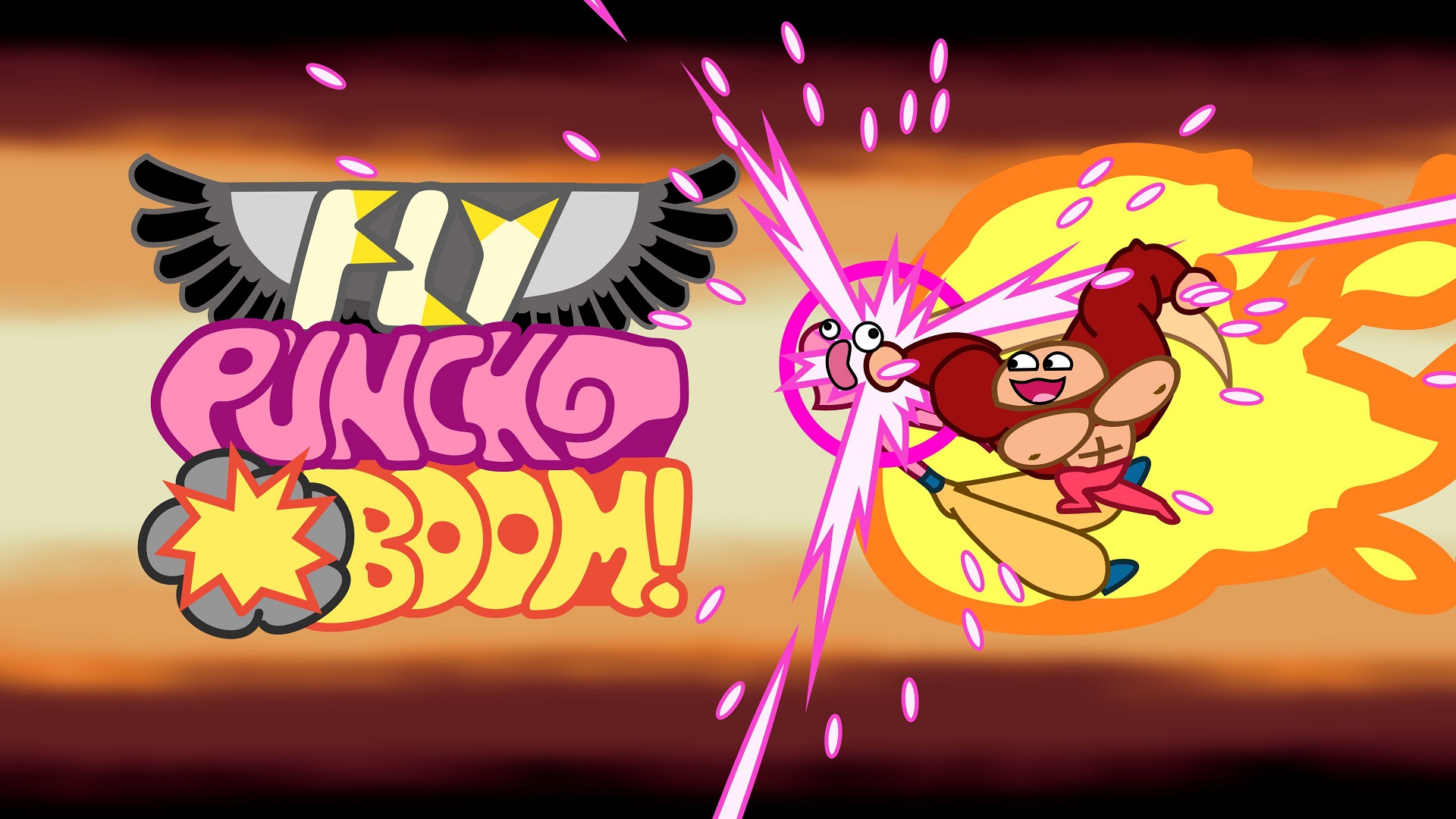 Yesterday, having nothing special to do, I decided to do it right four hours drive to take a look at the 2019 edition of theEtna Comics. After the classic comics stands and the various purchases, I've been in the video game pavilion for quite a while. So much interesting stuff, so much already seen but as soon as I found the area dedicated to the developers, I rushed into it. It wasn't particularly crowded and, after taking a look at a dog-filled project, I was attracted by a particularly colorful screen. It was about Fly Punch Boom!, a game that some of you may have already tried at Svilupparty.

Unfortunately I didn't have an acquisition card with me, I went to the fair just to spend the day but after trying a little the game I had already decided to write something. Fly Punch Boom !, whose official website can be reached at following link, it's a fighting game arena with fighters flying and crashing between them, taking as much as possible trying to throw each other out in the most varied and spectacular ways possible. All seasoned with colorful graphics and totally absurd characters. To win the match, as already mentioned, our opponent must be thrown out of the ring, bounded by a sort of elastic string. The mechanics are basic: with a button you make a propulsion of the controlled character with which you can jump on the opponent. As soon as you get close enough, just press another key and a style sequence starts Quick Time Event. A bar with a signal indicates when to give a command, to be chosen among three, each of which corresponds to a different type of attack with a paper-scissors-stone system.

In the event of a tie, proceed to one sub-phase button mashing during which we must press like crazy the button with which we attacked and win the fight. Another way in which you can win against the opponent is to be lucky enough to give a shot that automatically wins against what we suffer. To explain it in simple terms, using an Xbox pad we have X who wins on Y who wins on B who wins on X, simple. There is also a bar that, if loaded to the maximum, allows you to start a devastating special blow, different for each character and with delicious animations. To this we must also add some elements of the scenario with which it is possible to actively interact in order to use them to one's advantage.

Timing is everything. During the attacks it is useful to always point to the final part of the bar, which is divided into an empty segment, one blue and one, smaller, yellow. Moreover, even if we are thrown out, we still have one last chance. If we succeed in winning another QTE it is in fact possible to return to the ring and continue to fight. If you are wrong, a life is lost, in the most unpredictable ways. We can be eaten by a giant fish as well as causing the destruction of the entire planet. The key word is ESAGERATION, and I like it. After a few minutes of play I was pleasantly surprised by this project, carried out by a single person (excluding the audio sector). Fast-paced, fun and perfect for evenings with friends. The 4 cooperative will also be present to players, both locally and online. It is also a game that lends itself very well to constant support, perhaps with new characters, levels, finisher or why not, even different modes. In case you want more information you can log on to official Steam page and maybe even add it to the wish list.