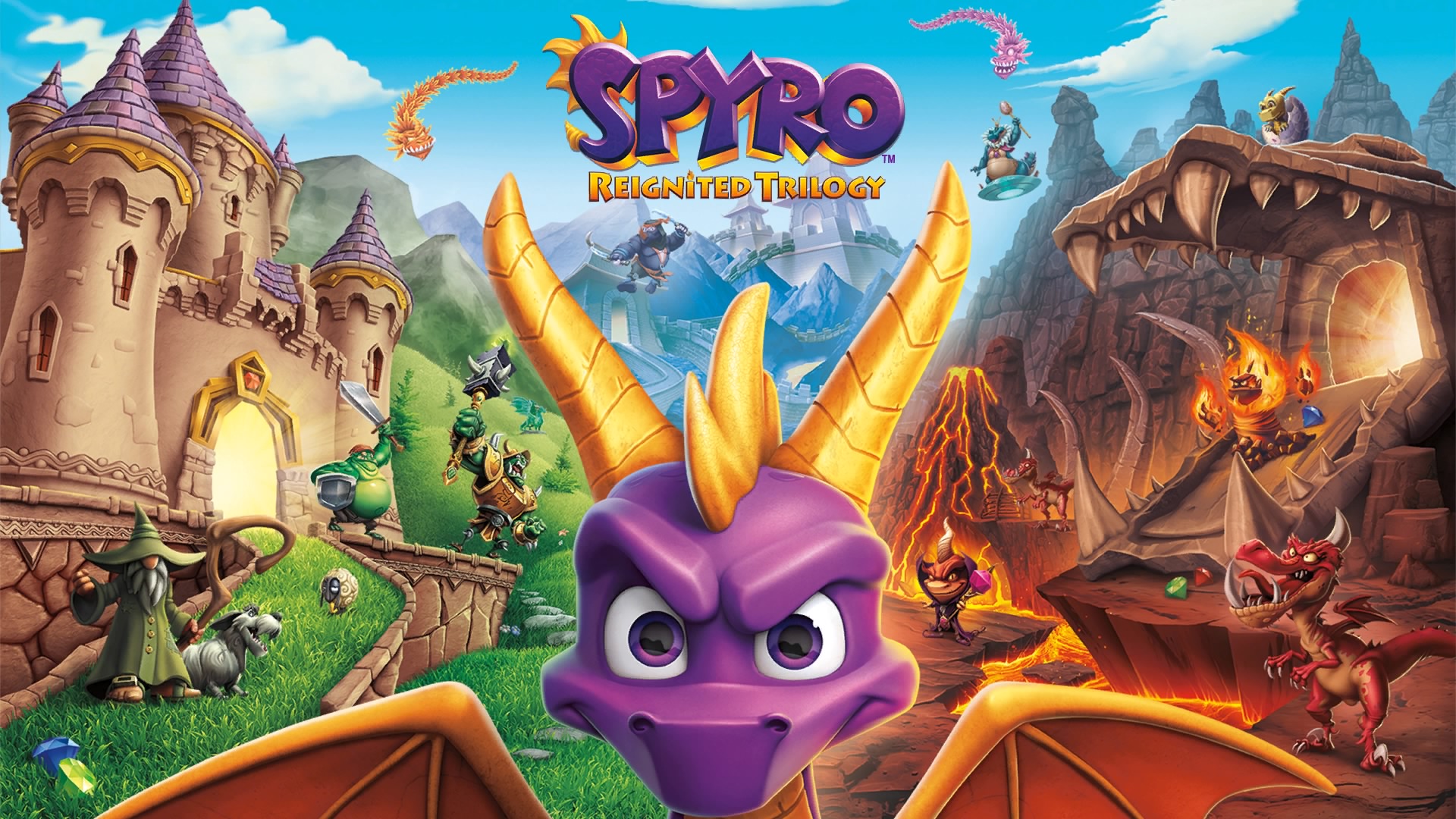 The direct from Nintendo Direct has confirmed the arrival of the Spyro Reignited Trilogy.

La release date is scheduled for the 3 September 2019. Below you can find a release on the game (which will also be available on Steam).

Spyro will also fly for the first time on PC via Steam as soon as Activision Publishing, Inc., a wholly owned subsidiary of Activision Blizzard, Inc. (NASDAQ: ATVI), will bring the collection of dynamic games into a fiery 4K and with an unlimited framerate to delight both veterans and new fans of the franchise.

Perfectly recreated from scratch, Spyro Reignited Trilogy offers that exciting and nostalgic gameplay that fans enjoyed years ago with over 100 levels, improved rewards sequences, and even beautiful reinterpretations of the many bizarre Spyro dragons and as many funny characters (including Sparx the Dragonfly, Hunter, Sheila, Agent 9 and Sgt. Byrd) and much more. The trilogy also includes improved environments, a remastered soundtrack, an updated control system, brand new lights and recreated movies to add sparkle to this beloved adventure. The main developer, Toys For Bob, is back to bring the Spyro Reignited Trilogy to Nintendo Switch, while the PC version will have the talented Iron Galaxy developers leading the charge.

"Spyro Reignited Trilogy is a love letter to fans. Bringing this nostalgic experience to Nintendo Switch and Steam means that regardless of the gaming platform they choose, players will have the opportunity to try this incredibly fun and iconic game, "said Michelle Fonseca, Activision's Vice President of Product Management and Marketing. "Our goal is to make players relive their precious memories of the 90 Years, inviting even new fans to dive into the world of Spyro on whatever platform they prefer."

David Cage on the future of the upcoming Quantic Dream titles