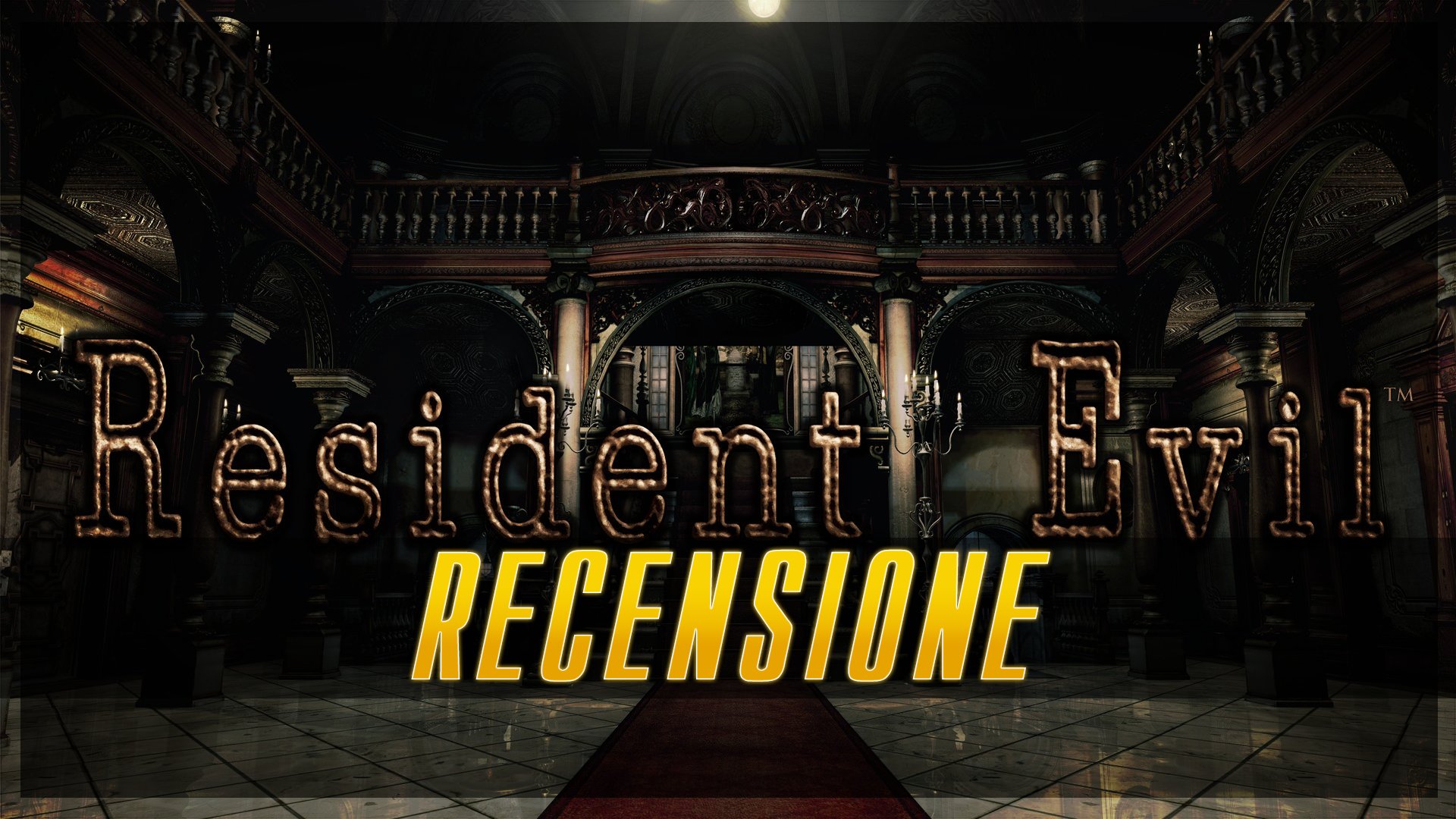 After this first part of 2019 nothing short of spectacular for Capcom with titles from the likes of Devil May Cry 5 and Resident Evil 2 Remake, here comes a bit of love from the Japanese company also for Nintendo Switch, thanks to remastered di Resident Evil, RE0 and RE4 on the hybrid of the great N.

A remastered of the remake ?!

To be precise and meticulous, the one published on Switch is not the very first dated Resident Evil 1996, But the remastered of the remake published GameCube in 2002, when Nintendo's then flagship became the console to have absolutely for Resident Evil fans, given that the fourth chapter was initially designed exclusively for the cubic console. Will therefore the closing operation of the circle be successful, with this "new" version of the first chapter for a Nintendo console? 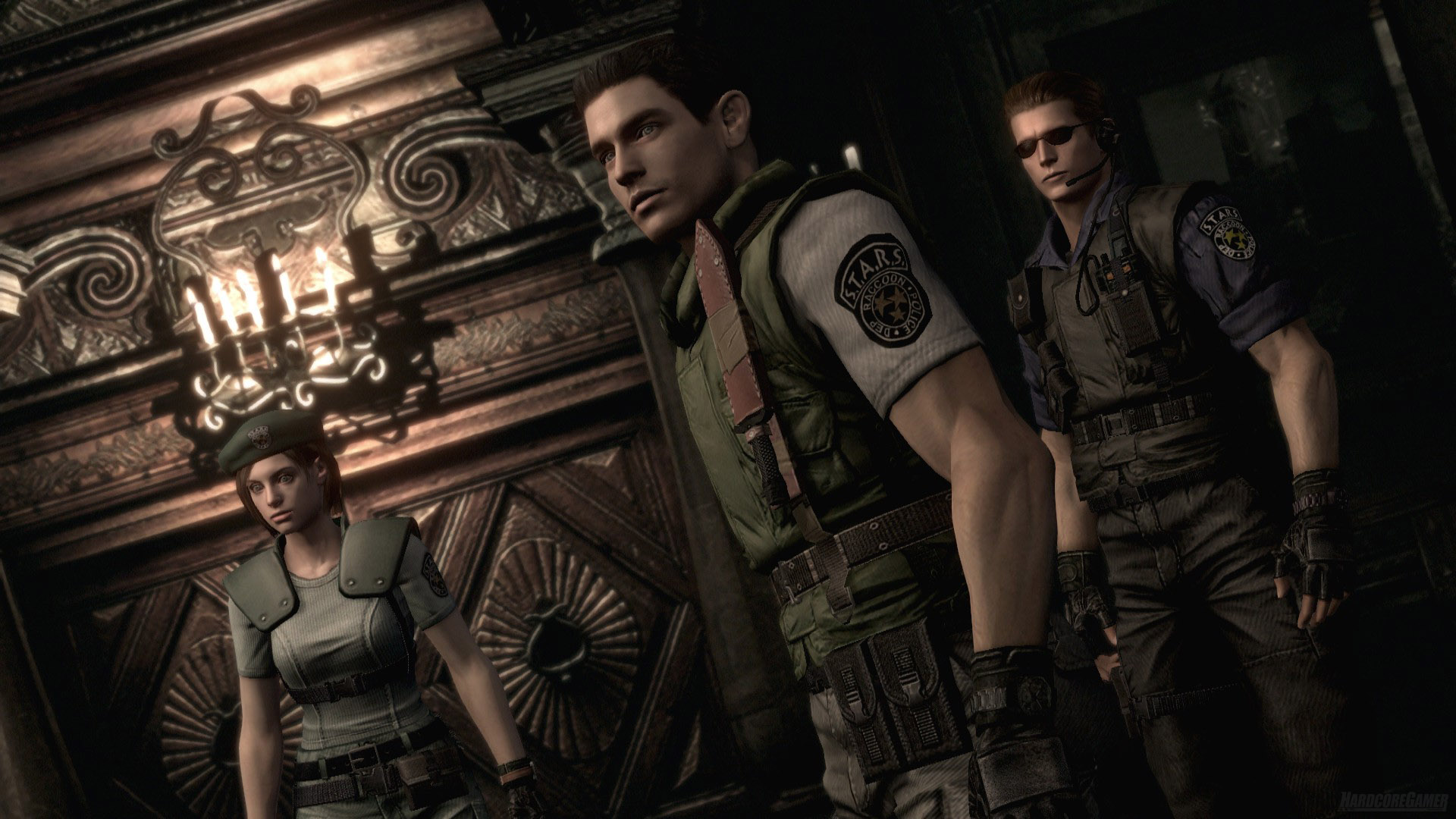 The masterpiece of Shinji Mikami it needs no introduction, it would be superfluous and even almost ridiculous to do a review of the first Resident Evil in the 2019. We are talking about a title that literally founded the genre of survival horror, becoming a milestone in the history of video games, and which then launched one of the most successful sagas for Capcom itself. However it is worth spending a few words on this jewel for those who have never wanted, or could have, approached the brand, either because they are too young or for any other reason. 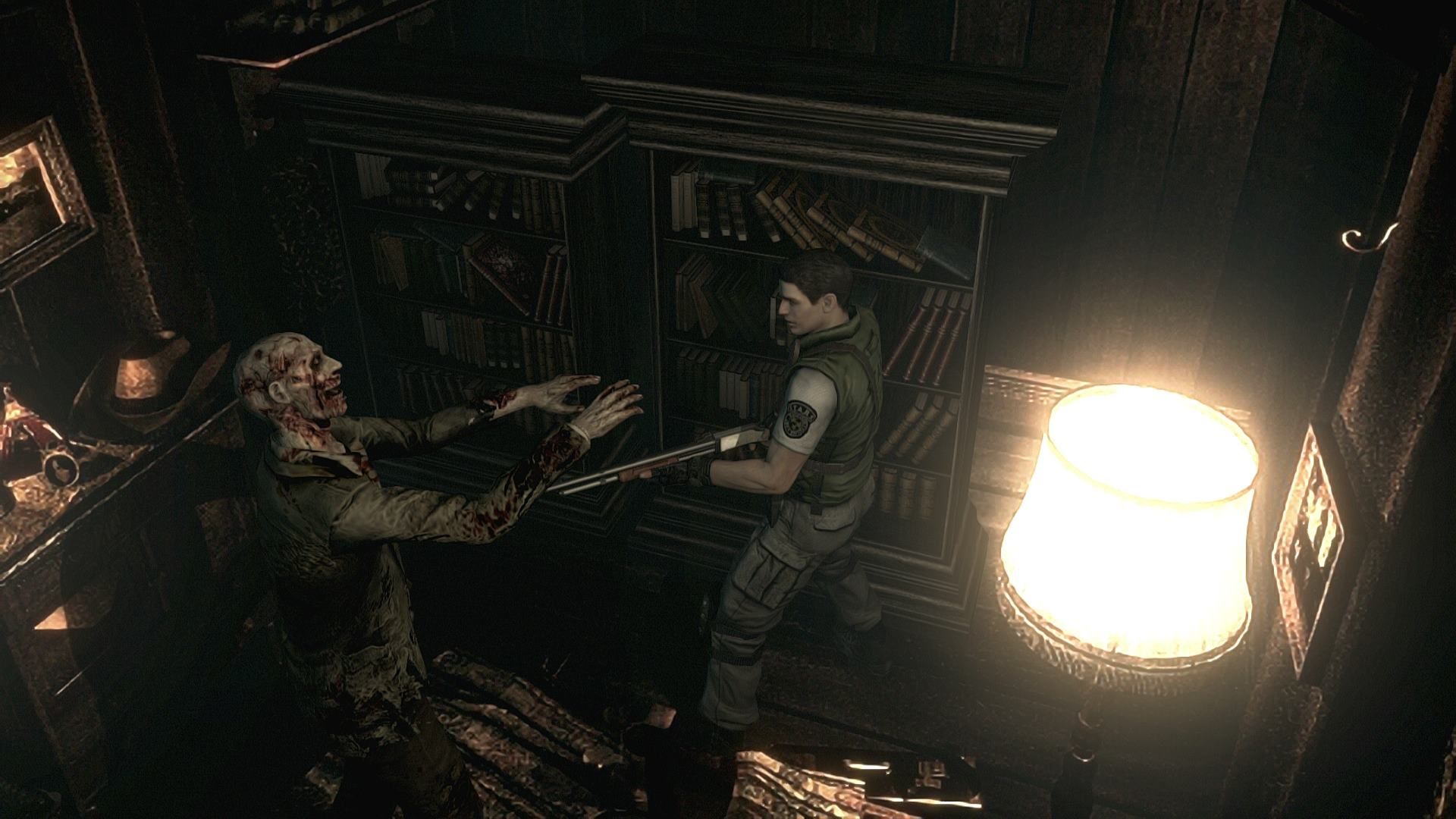 The atmosphere that reigns in the long narrow corridors of the Spencer mansion is suffocating and claustrophobic, e the fixed frame, although it may make the younger players turn up their nose at first, it is an integral part of the game design. The tension that you live not knowing what or who is waiting for us behind the next corner is a feeling of fear that even the most modern horror video games can no longer create. Despite the increasingly advanced graphics and engines, true terror is always hidden in the unknown, in the insecurity of not being able to see.

The enigmas that are well integrated with backtracking also greatly increase longevity, leading us to explore every corner of the villa and to notice every little detail, all with the constant pressure of anxiety that something may emerge from our shoulders at any moment. Fortunately the sonoro it is our ally, and if the framing does not allow us to look around, we think of sound design in 5.1 to warn us of hidden dangers, at least most of the time. 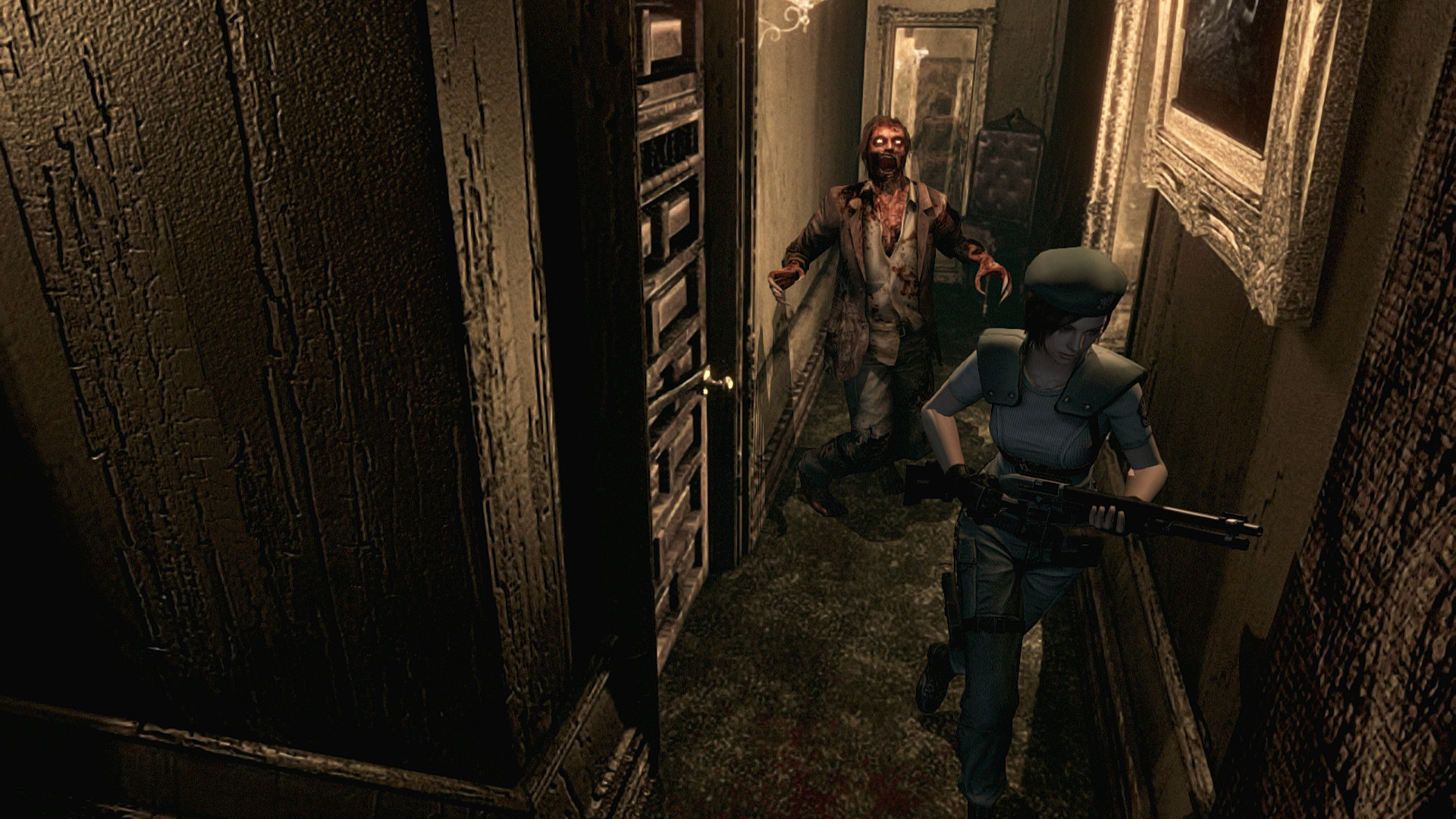 A port not without flaws

However this port of resident evil it is not free from defects, indeed. The title runs at 30 frames on the second, and while it's clear to everyone that Nintendo Switch doesn't have the PlayStation 4 and Xbox One hardware, one wonders if it's really that hard to run an 2002 game at 60fps even on Nintendo's hybrid. As if that weren't enough, especially in the final part of the game you can easily see declines in frames and very long loading times, which we repeat, for a remastered HD game of 2002 sold to 30 Euro, they are not acceptable at all.

The biggest problem with this Resident Evil is undoubtedly just that, The price ratio that offers Capcom for a port that probably the company has cost very little, but that is sold at a decidedly high price compared to that of any other platform on which it was released. If 30 euro had been sold the package of all three REs, or at least the first two, perhaps there would have been no need to go and look for the egg in frame drops or in loading times. But if on the one hand we look at success and the quality of the Triple A that Capcom has produced for the other platforms in the last few months, and we compare them with the operation "nostalgia Resident Evil" operated on Nintendo Switch, one wonders if really the intention of the study has been to bring back some immortal classics also on the hybrid console in good faith, or if the whole is a simple marketing move for scrape together some easy flushes. 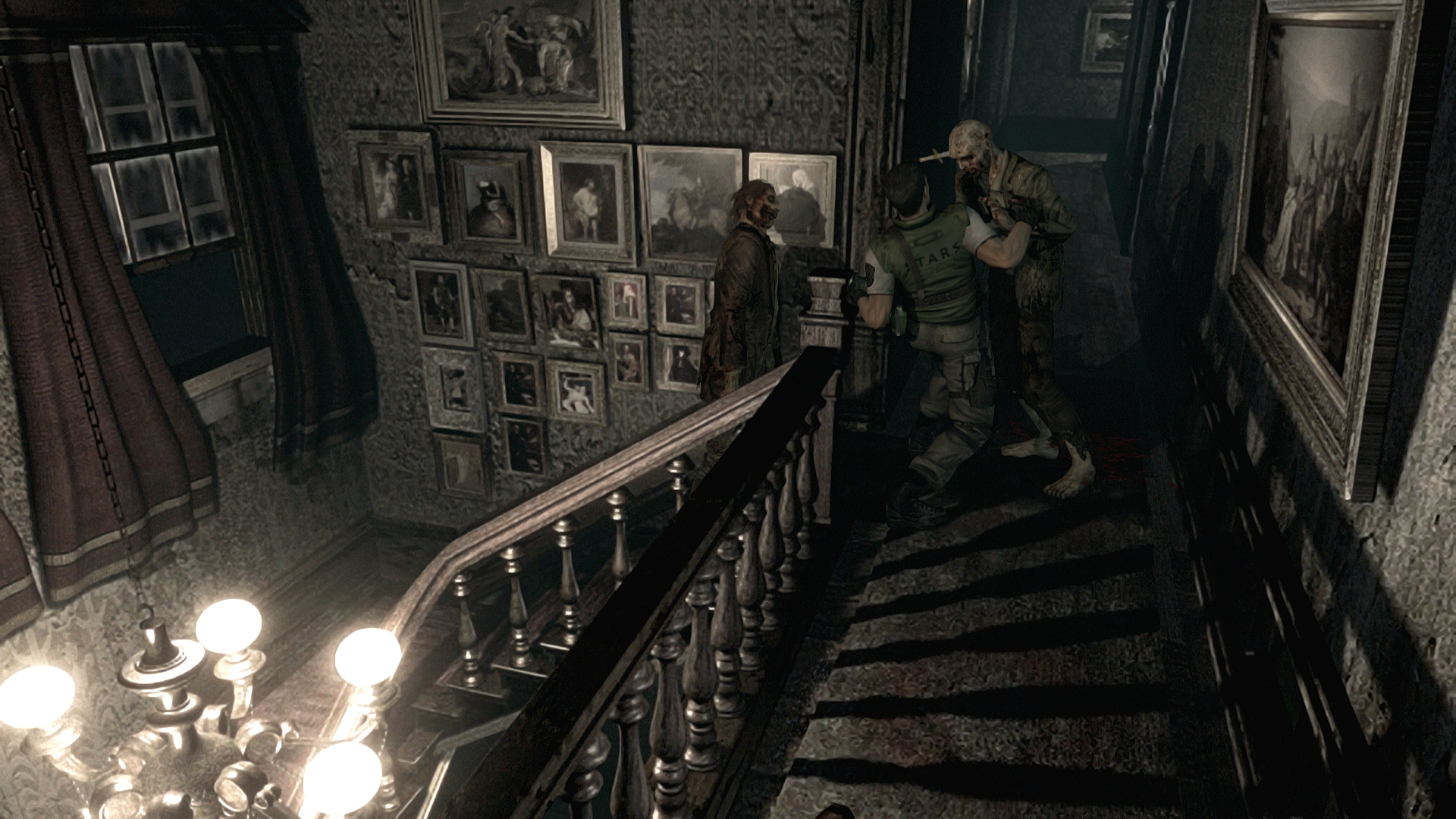 Is it worth it?

The fact remains, however, that the former resident evil also in this version remains what it has always been and that has always represented for all the generations that have approached it: an unforgettable pearl, that besides giving life to one of the most popular genres in the history of medium videoludico, leaves an indelible mark on those who play it, even afterwards 23 years since its first release. The advantage of being able to play it in portable mode also should not be underestimated: it is a very important added value for the first chapter of the brand, and it is also for this reason that I do not feel advised against the purchase of Resident Evil, an immortal title which is worth playing at least once in your life, and which thanks to porting on any platform is now easily recoverable by any player. If you've never tried it before, give the version for a chance too Nintendo Switch, it is a well done port and without too heavy defects that make the experience less enjoyable. Only the bitter taste remains in the approach to the pricing di Capcom for this remastered, which could certainly be sold at launch at a lower price for what it offers.

The Witcher 3: Wild Hunt more beautiful than ever on Switch thanks to the new patch

Don't ask Hideki Kamiya if Bayonetta 3 will arrive on PlayStation ...