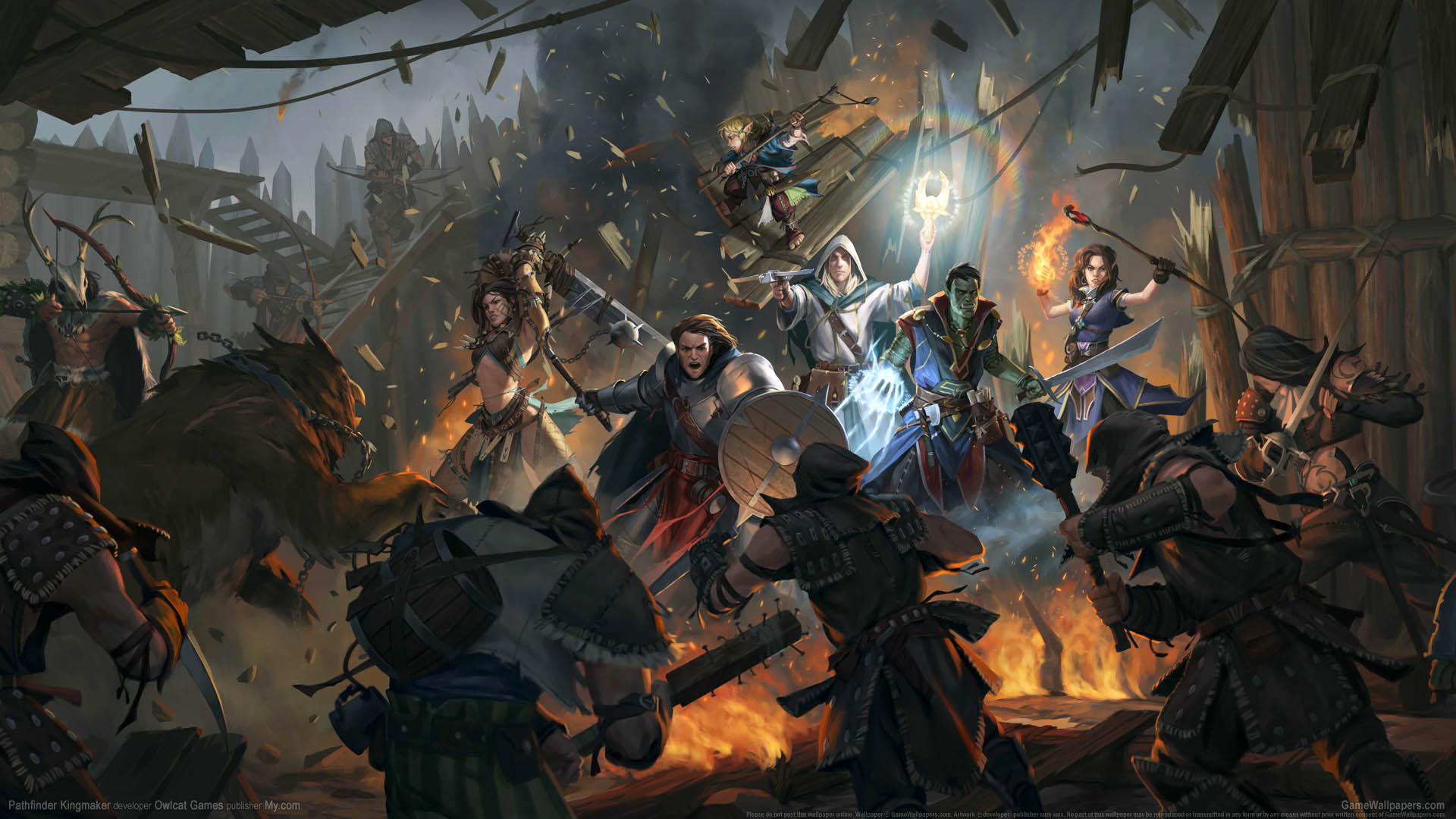 acclaimed Pathfinder: Kingmaker never ceases to be enriched with new content. The third party has just been announced DLC and Enhanced Edition. Let's see in the Press release following the details.

In this last DLC "Beneath The Stolen Lands", the valiant adventurers will meet the self-proclaimed protector of Golarion, and discover what secrets are buried under the Stolen Lands, in a changing maze of madness in which nothing is what it seems as they defend the territories from one of the most deadly enemies ever.

Key Features of "Beneath The Stolen Lands"

Enter a huge dungeon with a party created from scratch. Begin your adventure in the dark depths with a party of newly created characters. Start the game from the main menu and experience the descent into an endless dungeon.
· Explore the nearly endless possibilities of building a Pathfinder character. Try out different builds to perfect your tactics. Create a band of adventurers capable of overcoming any danger!
Defeat is just a new beginning! Dying in a match allows for additional benefits for your next match
· Unlock new items to purchase. The number of item slot dealers depends on how far you have managed to drop during all previous forays.
Enter the dungeon with your main character, alternatively you can wait for an invitation from a mysterious protector of Golarion while playing the Main Story. The pre-set version of the dungeon is included in the main campaign and allows you to use your character and companions to conquer the dark depths.

Pathfinder: Kingmaker - Enhanced Edition
Based on feedback and suggestions from players, this improved version of the game is based on the original, with a myriad of numerous game content additions and dozens of features. But that is not all!

Includes a brand new class, new abilities, new items and weapons, new ways to build your character and, of course, thousands of corrections and improvements made from the initial release of the game.

"It is always nice and useful to receive such great feedback on how we can make the gaming experience of Pathfinder: Kingmaker more pleasant and complete. With this edition we take a step forward towards the definitive cRPG experience, "said Oleg Shpilchevsky, Head Of Owlcat Games.

· Free update for all existing players
· Numerous gameplay content additions and dozens of quality-of-life features
· New skills and ways to build your character
A brand new class: Swordlord
· New items and weapons
· Improved balance, especially at the beginning and in the last two chapters of the game
· Improved kingdom management system, both in terms of balance and player use and comfort
· Greater variety of random encounters on the global map
Thousands of fixes and improvements made since the game's initial release

Pathfinder: Kingmaker takes players on a tour through the infamous Stolen Lands, dangerous and turbulent territories well known to the Pathfinder fandom. The RPG revisits familiar characters and well-known locations in the series, as well as introducing players with new adventures, deadly enemies and unpredictable plot twists. Fans of the paper fantasy role-playing game will experience the epic and heroic universe in a new way, while computer role-playing fans will discover their favorite genre in a new light.

Pathfinder: Kingmaker tests players both as adventurers and as rulers, as they will be able to claim explored lands and carve out their kingdom in the wilds. The foundation of the Kingdom goes beyond the simple construction of a fortress, becoming a true reflection of the character of the hero and the choices made during the game. Each kingdom is a living system shaped by alignment, choices, allies and the hero's ability to lead his people.

The pieces to produce the PlayStation 5 are missing