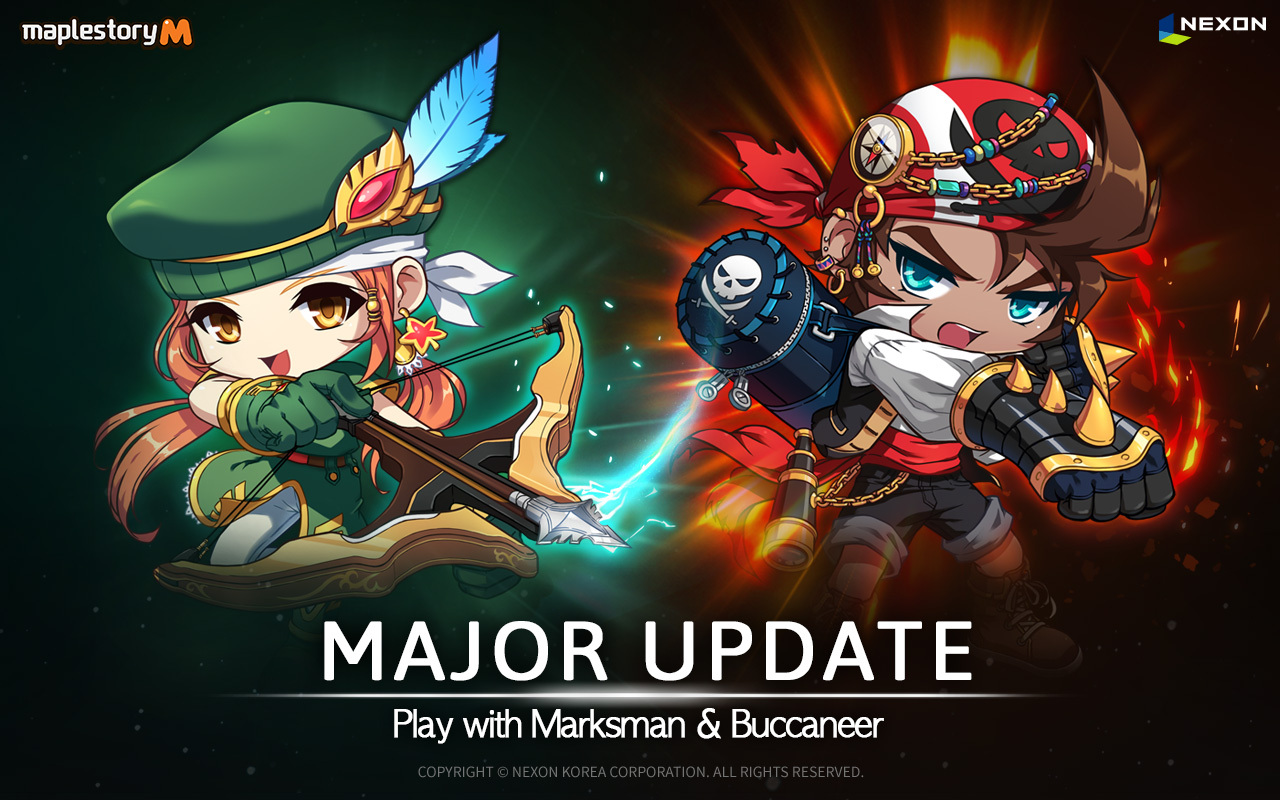 The all-new Buccaneer Explorer allows players to engage in thrilling close combat with overpowering charged up attacks. Meanwhile, the Marksman Explorer is lethal with its crossbow giving higher critical damage from close range, whereas it gives higher final damage with farther range. These Explorers join a fray of characters ready to challenge the latest Expedition Boss: Corrupted Empress Cygnus. Upon defeat of Corrupted Empress Cygnus, players can obtain the Dream Stone, which can be used to craft the "Empress Equipment Set."

The update also brings link skills and secondary weapons! Link skills grant the ability to teach characters in a special skill. with secondary weapons, players can equip two weapons for ferocious and different attack combinations, a power unlike ever before!

Starting today, exciting in-game events will be available, including:

To learn more about MapleStory M, Visit the Google Play or App Store page and follow @PlayMapleM on Twitter for the latest updates.

MapleStory M, launched globally on July 24, 2018, brings the nostalgic world of side-scrolling MapleStory to mobile, offering the same amount of customization, immersive storylines and epic boss raids that fans have to expect from the epic franchise. Available in 140 countries and 9 languages, MapleStory M quickly reached 10 million downloads within 100 days after global launch.

Nexon America, a subsidiary of NEXON Co., Ltd. ("Nexon") (3659.TO) with more than 80 live games operated across more than 190 countries, is a global leader in online games. Nexon America introduced micro-transactions and the free-to-play business model in the Western market and is widely credited with globalized expertise in sophisticated live game operations, nurturing player communities, and for sustaining titles for years, even decades. 300 is listed on the Nikkei Stock Index 2017 in XNUMX.