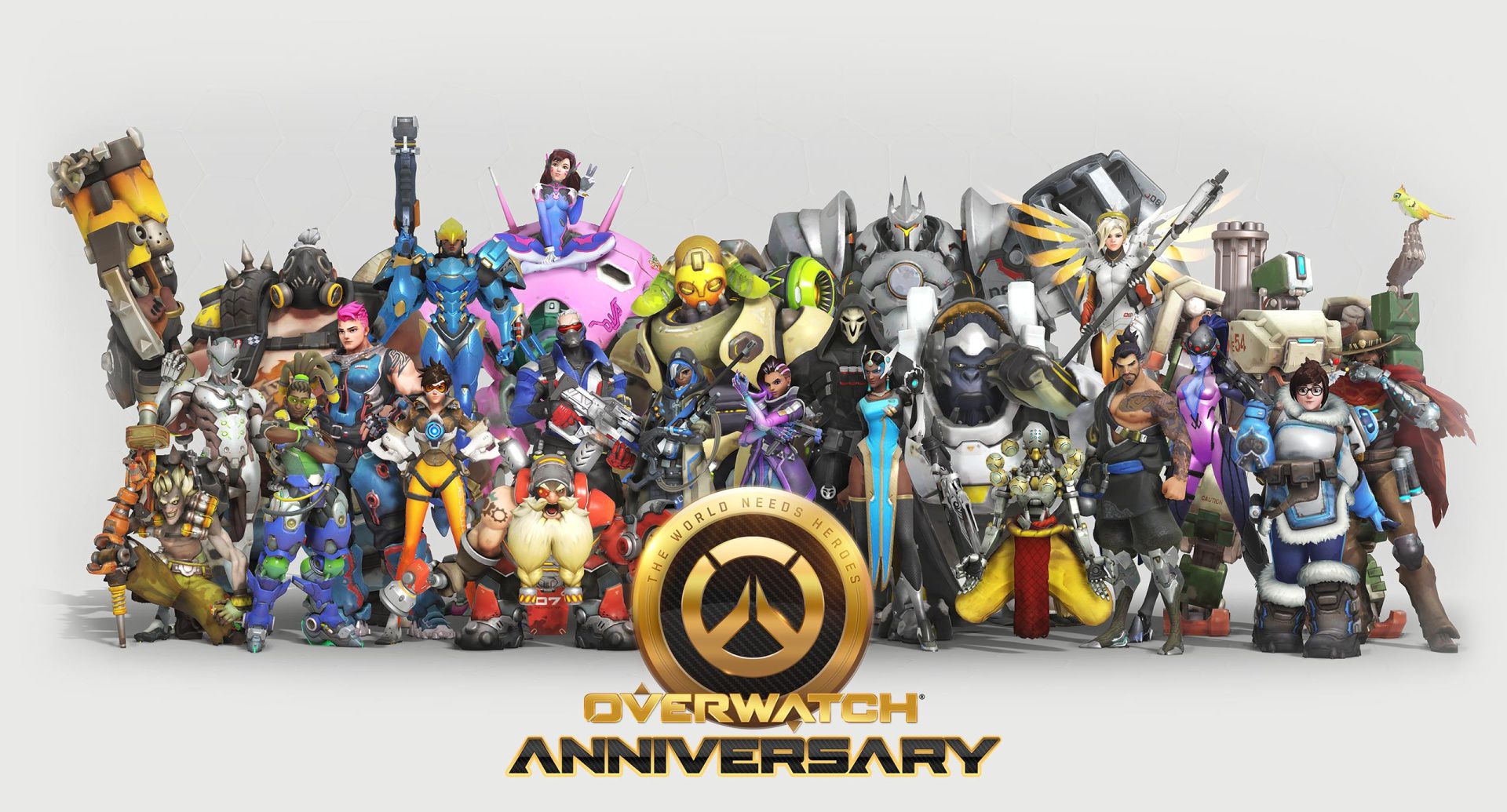 Overwatch is three years old and, in view of the anniversary, we see this Press release what's in store Blizzard for the community.

The Overwatch team is looking forward to celebrating its third anniversary! From the 21 May until 10 June, players will be able to connect to Overwatch on PC, PlayStation 4 and Xbox One to play the seasonal event.

The Overwatch Anniversary will bring with it new models, dances, sprays and much more. Moreover, the event will include all past seasonal cosmetic items, in addition to most of the past fights. Read on for more details:

The Anniversary event will include six new legendary models and three epic models.

New dance bands have been added for Baptiste, Ashe and Wrecking Ball.

BACK TO THE PAST

The Anniversary event will include seasonal cosmetic items from past events, including dance tunes from all the past years.

Past seasonal fights will return to the Arcade section and rotate daily, including all those found in the Overwatch Archives section.

Players connecting during the Anniversary event will receive a Legendary Bonus Celebratory Coffer, which contains at least one legendary item.

Players who purchase the 50 Forzieri package will receive a Legendary Bonus Treasure Chest.

All objects from past seasonal events can be found in the Forzieri for the duration of the event.

Overwatch and the Anniversary event will be available during the Free Trial, which will last from 21 28 to May.

Pre-download to your console: you can start downloading the Free Trial Overwatch on Xbox One and PlayStation 4 already available!

Rumor - Microsoft will soon reveal "another big reason" to buy ...

Lorenzo Damiano - August 11 2020
Despite the imminent arrival of the new generation of gaming, Microsoft is keeping Xbox Game Pass at the center of its strategy, along with Xbox Series X of course ....
News

Andrea Schietroma - August 11 2020
Project xCloud will officially kick off, albeit in beta, on September 15th. Waiting for the ports of Microsoft's new service ...

Fable 4 from the creators of Strength?