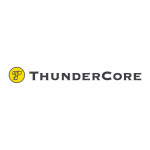 ThunderCore's CEO has been very bullish on the growth of blockchain and explains ThunderCore's approach as follows, "To date, the overall adoption of block based games has been very low." He goes on to add, "Gaming DApps on all blockchains combined are currently at less than 12k DAUs. With our value-added capabilities, ThunderCore is on the path to exceeding 50k DAUs, all within 10 weeks from our Mainnet launch. Linking user acquisition with a high performance blockchain is catching the attention of Dapp developers, who are now eager to leverage to growing users pre-disposed to trying gaming applications. "

Chris, received his PhD at age 22 from Carnegie Mellon University prior to founding Playdom. He was joined by ThunderCore co-founder Dr. Elaine Shi, who also earned a PhD from Carnegie Mellon and is an expert on fast consensus models for blockchain. Elaine is an Associate Professor at Cornell University. Elaine is widely credited with authoring the first academic paper on the application of blockchain to cryptocurrency. According to Elaine, "Our sophistication comes from a consensus model that allows us to deliver higher throughput and enable new business models."

To accompany its Mainnet launch, ThunderCore has released an enhanced product roadmap showing its genesis and going out almost two years. The level of investment in research, blockchain development and user enhancement is evident in the newly launched website for the project.

Devised as a Proof of Stake (PoS) project, ThunderCore has announced full node open source capabilities as well as committee run nodes based on an open selection process that will deliver transparency while maintaining integrity and security of operations. Additional capabilities being announced by ThunderCore are a Staking Pool Service, which allows tokens to support earnings and cross-chain assets ThunderCore is inviting people to stop by Booth 330 in the exhibits area during Consensus 2019, being held May 13-15, 2019 in New York City. (Additional information in our Consensus blog: http://bit.ly/consensusTC).

While ThunderCore's capabilities make them well with gaming, they are also key to enhancing the usability of applications in other verticals such as financial payments, supply chain and security. Several examples of these types of DApps are available.

Developed by industry leading experts, ThunderCore is its own blockchain platform with its own native cryptocurrency. It is a virtual machine compatible with throughputs of 1,200 plus transactions per second, sub-second confirmation times and low gas costs, making it quick and easy for decentralized apps to deploy and scale. To learn more about ThunderCore, please visit thundercore.com.