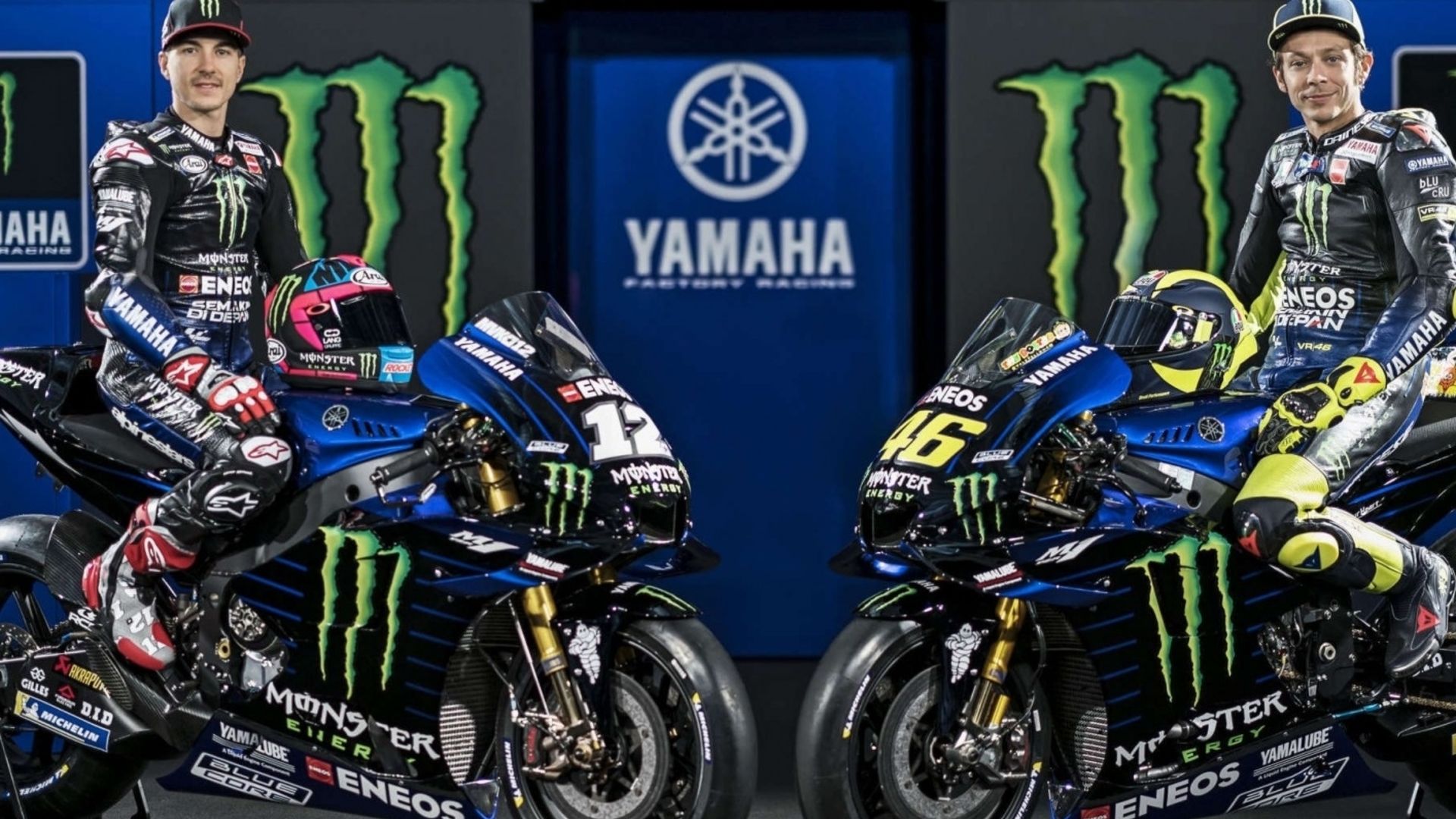 Monster Energy Yamaha MotoGP is proud to be the first team to announce its official Factory Rider for MotoGP eSport thanks to two-time eSport world champion Lorenzo Daretti.

In addition to being at the forefront of the field, the Monster Energy Yamaha MotoGP team also aspires to challenge the highest level of competition in eSports. It is therefore with great pleasure that the Yamaha Factory team announces the new contract with the two-time MotoGP world champion eSport Lorenzo Daretti, also known by the gamer name, Trastevere73.

The hospitality of Monster Energy Yamaha MotoGP was animated by journalists from the paddock and the world of MotoGP eSports who participated in the official announcement of the eSport rider. Lin Jarvis, Managing Director of Yamaha Motor Racing, had the pleasure of announcing that Lorenzo Daretti will compete online as Rider of the Yamaha Factory.
He also presented a video showing the highlights of Daretti's career, such as his two victories in the MotoGP 2017 and 2018 eSport Championship.

Right at the right time, world champion Daretti took the stage, with a personalized replica of the Yamaha MotoGP Monster Energy YZF-R1, with his 58 race number and the personal logo "Trast73".

With the support of Monster Energy, Alpinestars, Arai e Aldo Drudi, both the young Italian and his avatar will have customized rider clothing (leathers, boots, gloves and helmet) for the 2019 season, thus completing the look of the Monster Energy Yamaha MotoGP rider. The leading gaming brand MSI will provide Lorenzo with a high-performance laptop for the season.

To show his skills, the new recruit Daretti showed his skills on the big screens, making a tour around Jerez in the game Milestone MotoGP ™ 18, before challenging any journalist who dared face it.

Valentino Rossi and Maverick Viñales attended the event at the end of the ceremony to officially welcome the team's third driver (eSport).

This year, fans of eSports and MotoGP will be able to admire the nineteen year old defend his eSport MotoGP world title, as well as his preview videos, 'One Lap Around the Track', which will help fans learn more about the circuits before every MotoGP round.

Also, since Daretti is a biker, he will also participate in various Yamaha events on the track. One of the first opportunities will be the Yamaha VR46 Master Camp in May, which will be one of the main activities promoting Yamaha's goal of supporting, encouraging and training young talents worldwide.

Lin Jarvis:
"First of all, I want to welcome Lorenzo. This is a great opportunity, both for him and for Yamaha: he became the first official eSport driver engaged by a MotoGP team. It's an important step, since we believe that eSports and MotoGP can have a great future together. We have been very attentive to the development of the MotoGP eSport Championship in the last two years and Lorenzo has impressed us with his talent and his professionalism and obviously also thanks to his two World Champion titles. The fact that he has a R6 that he uses for the various laps of the track, was the cherry on the cake, which convinced us to choose him as our eSport driver!
We wish to support and encourage Lorenzo in any way during this season. It will not be easy for him to crown the dream of the world triplet. The eSports are a fast growing sector, so the competition becomes more and more hard every year, but we have a lot of confidence in Lorenzo's abilities and we can't wait for a great championship. He will also join us in various MotoGP races and other Yamaha promotional events, so we hope that eSports and MotoGP fans will continue to keep an eye on this young talent and greet him when he is in the paddock. "

Lorenzo Daretti:
"I'm really proud to start the new season as an official eSport driver for the Monster Energy Yamaha MotoGP. Being part of this team, which immediately welcomed me with open arms, is an indescribable emotion. After the two world championships, this year it will be difficult to repeat myself once again, because my rivals will be very professional and determined. But the fact that I am the first official driver in the history of sport gives me a further boost and I will prepare myself to the maximum to be ready for the challenge. I want to thank Yamaha for the confidence it has placed in me since day one and I'm looking forward to starting the 2019 championship qualifying and starting this new adventure on the track. "

On PlayStation he runs only with two numbers: 58, like the late and beloved Marco Simoncelli, or 73 (from his nickname Trastevere73), which is the year his father was born. He was still a minor when he started playing, so his father created an account for him, using his credentials. Who would have imagined that it would be the first step towards a professional eSports career?

Fortune favors the bold. When the opportunity to enter the eSport MotoGP Championship came in the 2017, Daretti soon became a fan-favorite. His incredible skills and ability to control his nerves, especially during the final on the Valencia stage, earned him the world title in both the 2017 and the 2018.

Despite his 19 years, the Roman is undeniably mature and this is the key to his success. He is not only a fan of eSports, he is a professional but remains modest. He trains a lot, three hours a day, but he doesn't just lock himself up in a room. He wants to remain open to any opportunity that a new sector like eSports can offer him.

Daretti puts this belief into practice and has proven to be a man of many talents. In addition to eSports, he loves kickboxing (he was vice Italian junior champion) and loves motorcycles. This genuine passion for sports (motors) makes it perfect for Yamaha, as it shares the same competitive mentality.

Being part of the Monster Energy Yamaha MotoGP line-up is a dream come true for him, as he has always hoped to turn his experience in MotoGP eSport Championship into a career.

- eSports is a competition that uses video games
- In the 2019, it is estimated that 454 millions of people around the world will watch eSports
- The eSports market should reach a volume of $ 1,6 billion in the 2021
- Two editions of successful MotoGP eSports have already been organized in the 2017 and in the 2018, Lorenzo Daretti has won both
- 13 television stations have covered 200 countries in all and 5 the continents
- 70 millions of users reached through social media, 21 million video views, 2.5M involvement.

Quake: our interview with the RAISY pro player