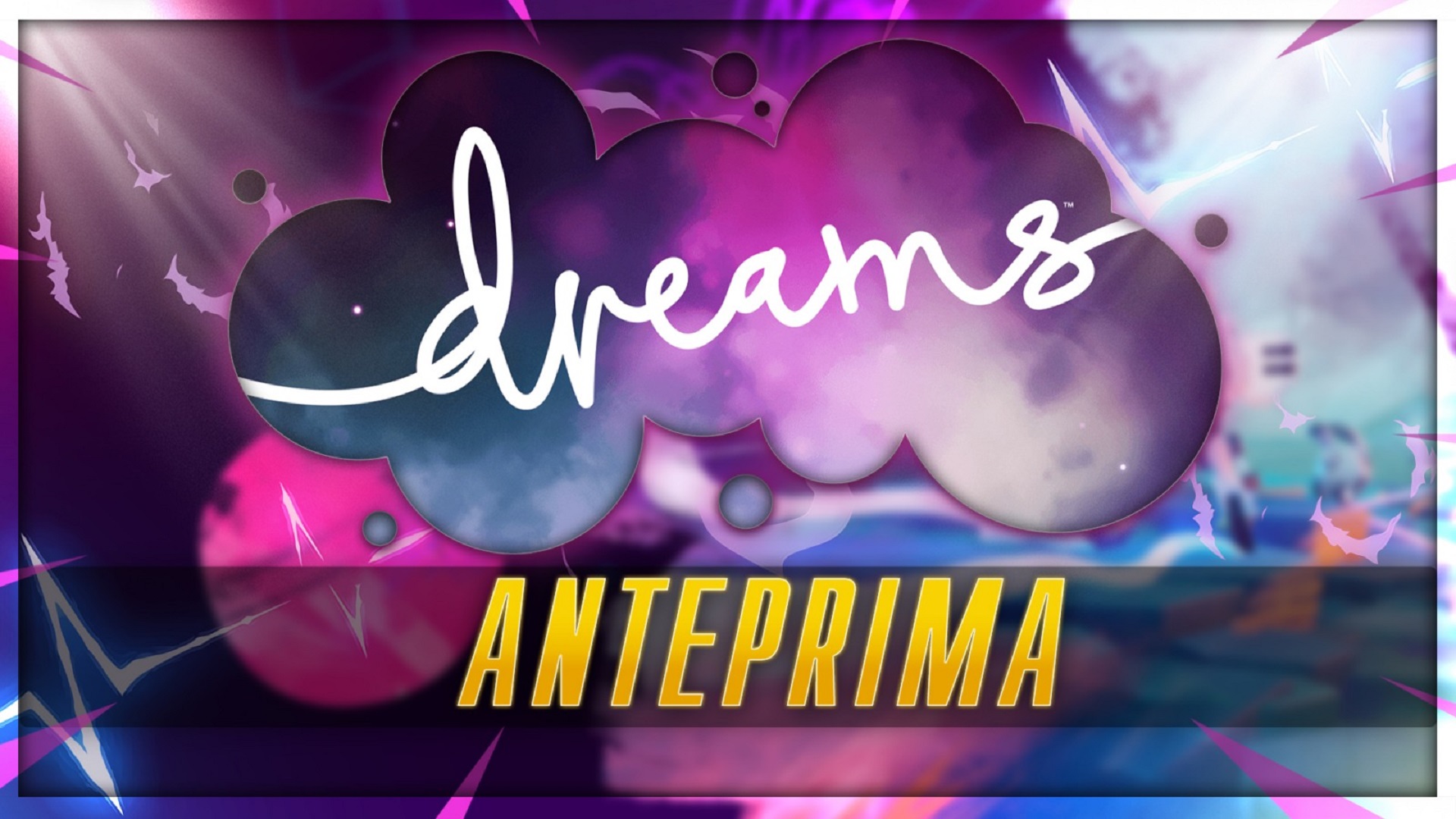 With Dreams you can do everything you imagine.

This, in essence, is the message that transpired from the first presentation of the last game of Media Molecule, which took place in the now distant 2015. And to be honest, I never believed it. Having practically nothing on which to base myself if not the words of the developers, it seemed to me an at least risky idea and, having seen the previous titles they developed, I did not expect who knows what. I'm not a fan of LittleBigPlanet and Tearaway really didn't like me. Moreover I am not even particularly accustomed to anything related to various editor or creation tools, as the aforementioned LBP or Mario Maker might be, I have always preferred to play rather than create. Yes, I mean, I'm one of those people that if he hadn't received the game code, surely he would never have even thought of buying it. And believe me if I tell you that I would have missed a game of incredible value.

I said it in quotation marks, because what is revealed before a first start is not actually a game in the usual sense of the word. Dreams is in all respects a creation software, a giant editor containing many different elements. If you are one of those who "but want us to create a game", "it could take years to get this stuff out" you will receive a loud blow after just a few minutes of use. After an introductory video explaining how to control a small fluttering creature that represents our pointer, we have everything at our disposal. It must be emphasized that Dreams is currently in Early Access but, according to the developers, already presents the 100% of the editor, tutorials and online features. Only one was left to the full title story mode, which will come later. And it is in the tutorial that we have to dive for a long time. If you think that creating a game is easy, please sit down.

Dreams, in essence, is a collection of creative tools adapted for use on a home console. In many cases, I clearly got the idea that if this game had arrived on a PC, everything would have been simpler and faster, but there is not much to do: touch to get used to. Almost all inputs are provided via the motion sensor of the PlayStation 4 pad, quite annoying when we have to interact with very small objects or panels and we are therefore forced to zoom in, tinker with the movements and waste more time. Once you get used to the commands, we can begin to understand what to do with the tutorials. There are many, many, and very long. Each of them is shown in the form of a Picture-in-Picture video, which we can rewind or forward. In practice you have an environment in which to work and the small box of the video in the lower right: in this way you can learn the basics of modeling, animation, sound and script. That it is very clear, such a product, however well done, can never, ever replace substitutes designed to work on the individual components of a game. Clearly there are always limitations but, as a non-expert, I also believe that people with so much curiosity, patience and inventiveness could come up with masterpieces, or at least ideas that could turn into masterpieces. And why not, maybe even being noticed by Sony. I'm pretty sure this project was also wanted by the parent company in order to look for new minds, new levers to adopt.

It is difficult to define the learning curve of such a project since, in fact, it requires in-depth studies to be mastered to the fullest. At a superficial glance it might seem like a toy for children, but going into detail you will discover interesting goodies. A few years ago I occasionally used Ableton, a music production software. So I went directly to the audio tutorial, I learned what (I thought) I needed and I created an empty scene in order to start recreating Megalovania. At least, that was my goal. In three days I managed to recreate the first four bars. Oh, to perfection, but the first four bars, and that's it. This is primarily due to - perhaps - excessive complexity or lack of in-depth knowledge of the tool, I can't really say which one. Things that I would have done with a PC in a few seconds, on Dreams required maddening attention and continuous opening of menus and sub-menus. It has been stated that, at the time of final publication, the game will also support the PlayStation VR, and perhaps with Move controllers and a different interface the situation will change. Or simply, the problem is me, and I need much more time than I imagined to understand how to do what I have in mind.

The idea of ​​leaving everything in the hands of the community, as in any good game-editor worthy of respect, is also present here but with an even greater depth level. Do you feel inclined to create props? Or maybe you want to create animals? Or could you be interested in curating animations? Perfect, create what you want and upload it to Sogniverso, the Dreams server. Everything that is created by a person is available for use and modification by other users, unless the creators forbid it explicitly through a specific option. In this way, real software houses can be set up, or groups of users, each specialized in its field, working on a single project or on a demo, perhaps to be used as a presentation for the game that will then be placed on Kickstarter to collect the money needed for final development. Or why not, people so crazy to create entire games right on Dreams. It can be done, and I personally can't wait for the game to be fed to the Japanese people to see what comes out.

Really, I have difficulty transmitting the enthusiasm I am feeling during my Dreams games. I played literally everything: a strange Cuphead clone in 3D, Pong, a Western GDR, a survival horror whose final project will come later on PC (see? People have already thought of that!), Static scenes - the game allows to realize these too, usable as concept -, racing or driving games, a concept for an ultra-realistic first-person shooter. Also in this case, to see how the Dreams engine allows to realize both simpler and ultra-detailed scenes, if used perfectly, it has left me speechless. I listened to music that never came out of my head, I saw interesting landscapes but above all, I've seen ideas. The most disparate. Some even better than those of Media Molecule, which has included some projects within Dreams which, in essence, always aim at one goal: to show what can be achieved. Highly detailed sculptures, bizarre animations, there is always something new to try at every start of the game.

I admit that in the last part I let myself go to a stream of consciousness, but only in this way can one do justice to one of the most interesting projects of the whole generation. And I'm sure at 100% that I forgot something because the amount of material inserted, both in the editor and by the players, is endless. If you like to test and try different ideas, create a game, model, animate, compose or simply understand - far away - the world of video game development, then you have to buy Dreams. The game has limited availability, although it has not been quantified by the software house. In short, sooner or later it will be removed by store therefore, if you are interested in buying, you should hurry up. Buying it now clearly you will also have access to the full game at the time of publication.