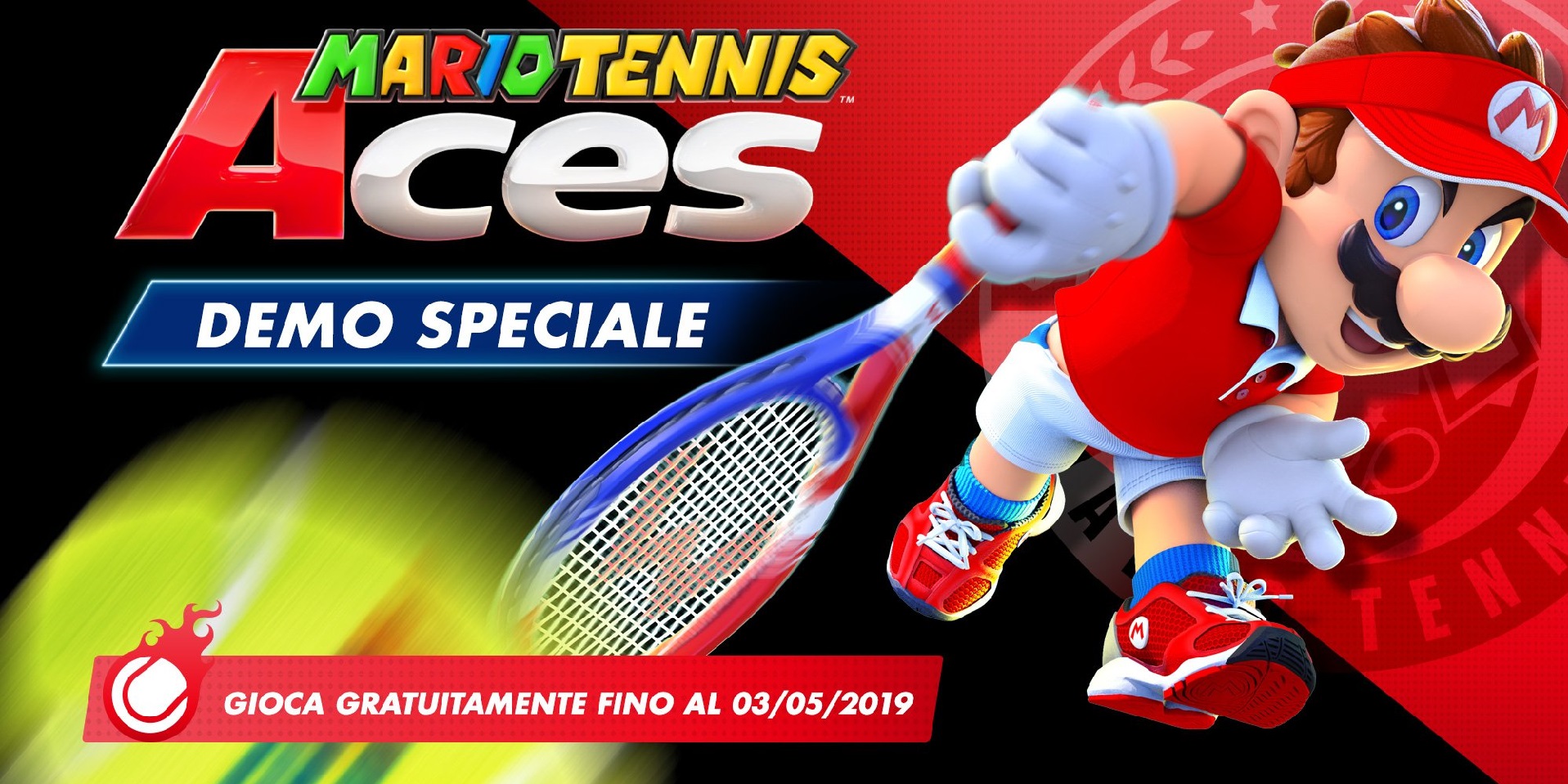 Nintendo announced that this week on eShop you can download and play a version free-to-play di Mario Tennis Aces su switch. With the download of the latter you will have the possibility of enter to a free trial version di seven days di Nintendo Switch Online, Switch's online subscription service.

La demo di Mario Tennis Aces has begun yesterday and lasts until hours 10 on Friday 3 May. By playing the latter, you can unlock items that will then be reusable in the main game, such as the Super Mario tennis suit (in classic version). As it should be the complete game will also have a story mode. The demo instead will only cover the online component, as a sort of test bench for the same subscription service.

? Grab your racket and play the special demo for free #MarioTennis Aces up to 3 May!

It is rare for Nintendo to experience online demos for a short period of time. In this regard, probably in the big N theidea to advocate initiatives like the so-called free weekends di steam. Or even, like i free-to-play di titles ascertained released for a given amount of time (see Street Fighter v: Arcade Edition in this period). Obviously we all hope that one day one of these free trials will include titles like Super Smash Bros. In a near or near future, maybe ...

Free is Beautiful - Gone Home and Hob on Epic Games ...

Gian Luca Cama - April 2 2020
Also this week we have reached the now most awaited fixed appointment by housewives (so to speak; even if in this period not much). From...
BusinessWire