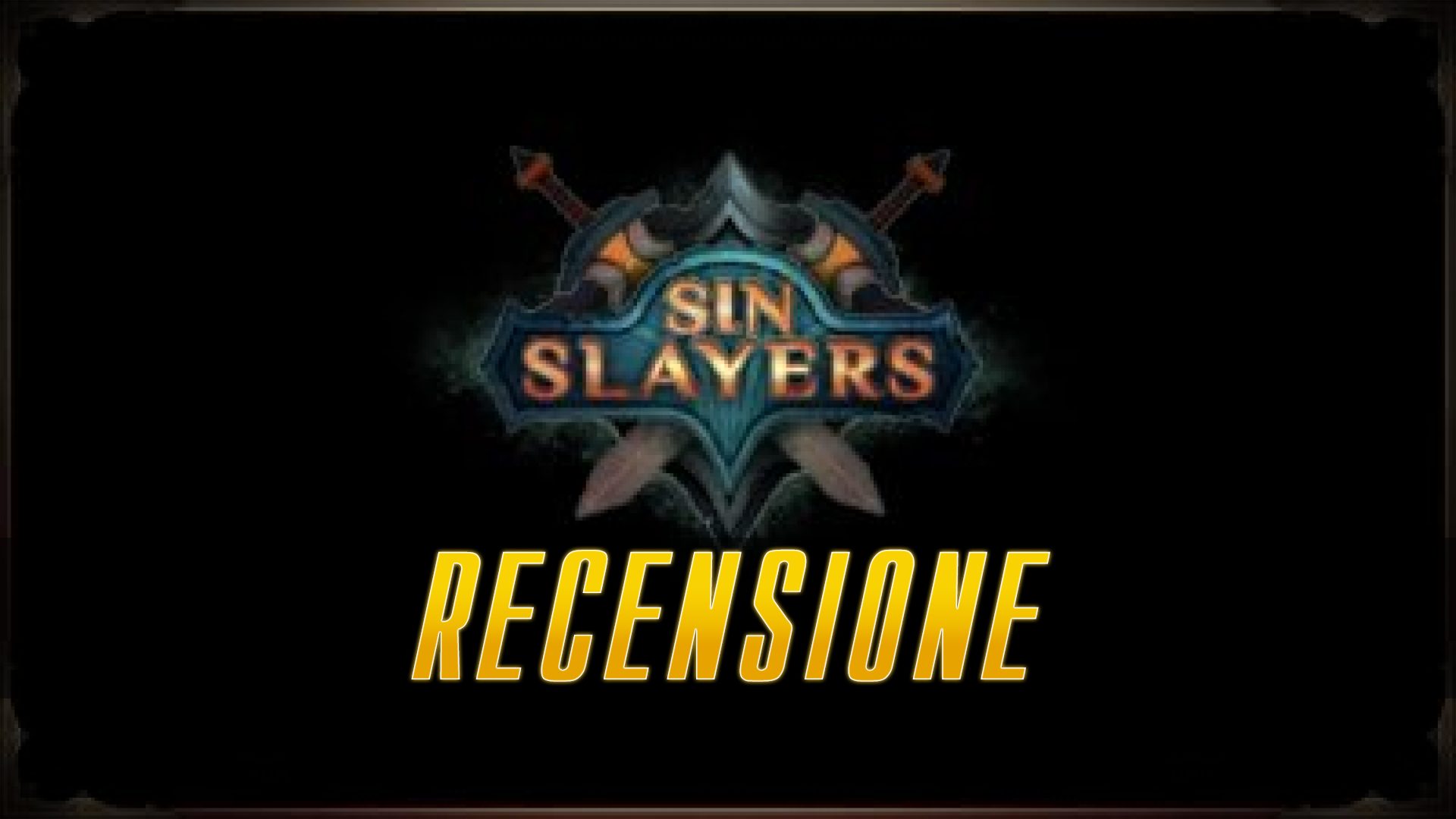 We return once again to the world of indie games, this time with Sin Slayers, a Roguelike RPG turn-based fantasy setting.

Given the recent start of the campaign on Kickstarter, we were able to try out a Beta version these days Steam of the game, even if the first chapter is already available for everyone for free.

In Sin Slayers we find ourselves in a world with very “dark” tones, where the seven deadly sins have taken possession of the territory that is called Valley of Fallen Sinners (and already the name says it all).

At the player's controls we have a handful of brave adventurers who, following the missions that we are offered from time to time, must free the various play areas from the presence of the seven Deadly Sins, destroying the seven corresponding seals protected by these creatures. As you can see Sin Slayers certainly does not shine due to the originality of the plot, but I think it was a precise choice by the developers of the Team Goonswarm to focus on gameplay.

Just passing to the gameplay, the first thing that catches the eye is the construction of the maps of the various missions, since they are generated in a procedural way: at each game the layout of the events, such as portals, merchants, enemies or traps, is decided in random mode. As if that weren't enough, the sidequests are not fixed, but the requests of the NPCs that we find in the various game maps change from time to time, greatly increasing the replayability level of Sin Slayers. 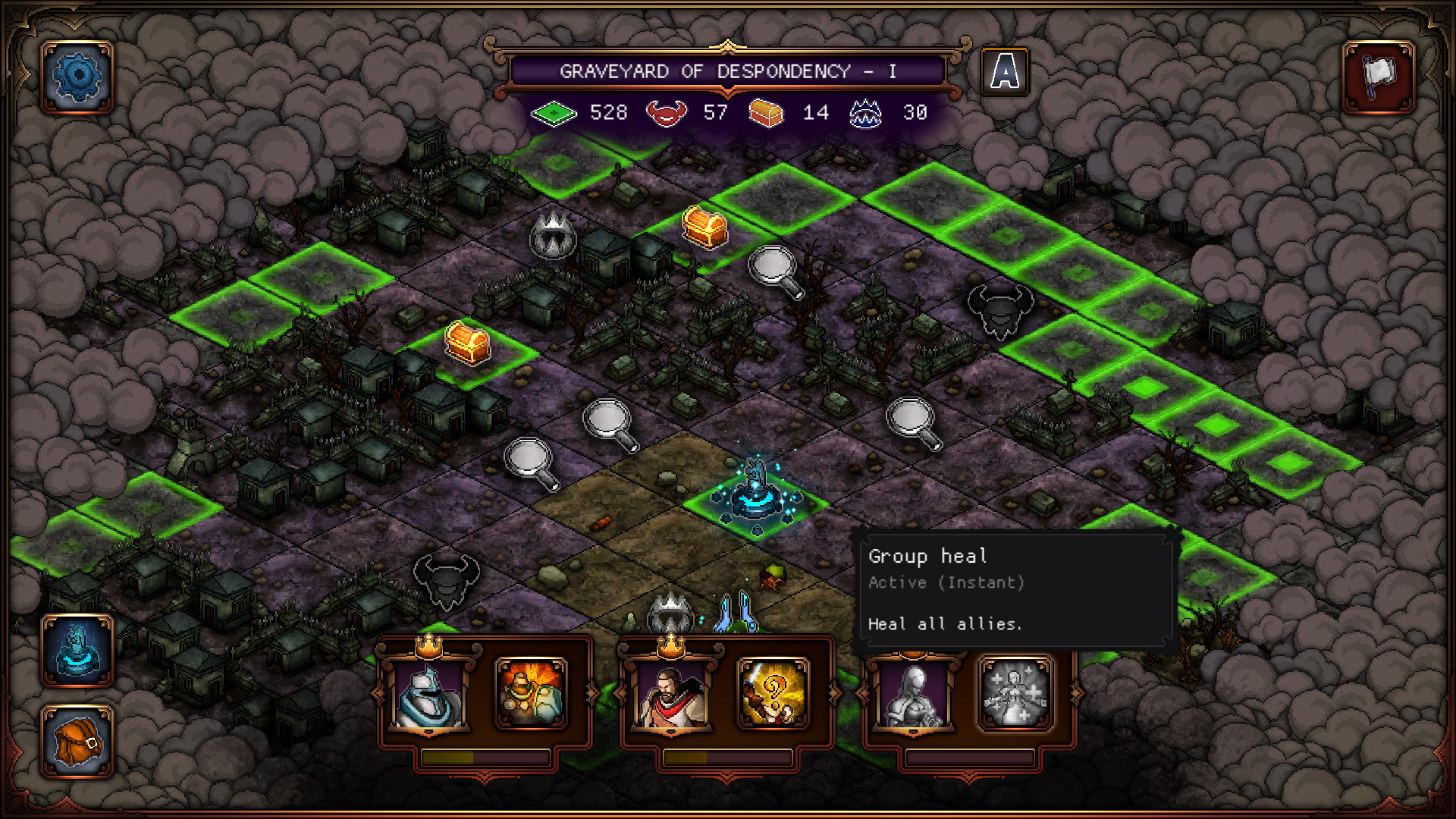 One of the features that characterize this title is the possibility, once you have met some of these events on the maps, to decide how to deal with them: ignore them, so as to leave the level of "sinfulness"Unchanged or going into crypts, stealing corpses and many other little" noble "actions, increasing this indicator.

These actions are usually repaid with a certain loot, but increasing the level of "sinfulness", Reported in a called indicator Sin-O-Meter, the enemies become more difficult to deal with, leaving practically everything to the player the choice to dynamically adjust the difficulty level while he is playing.

Combat is very linear: we have our party, made up of three characters, and each character has various abilities, related to his class. In addition to the basic skill that we can use repeating without too many problems, the other skills usually have a cooldown and therefore, once activated, they need a certain number of turns to be able to reuse them.

Like all turn-based RPGs, combat is a real chess game, in which every move must be studied carefully, considering also that it is possible to exploit the weaknesses of our adversaries towards certain elements, and obviously to prevent them from exploiting ours. Even here nothing innovative, but at least it is well implemented with a very clear system visually and with very detailed descriptions. 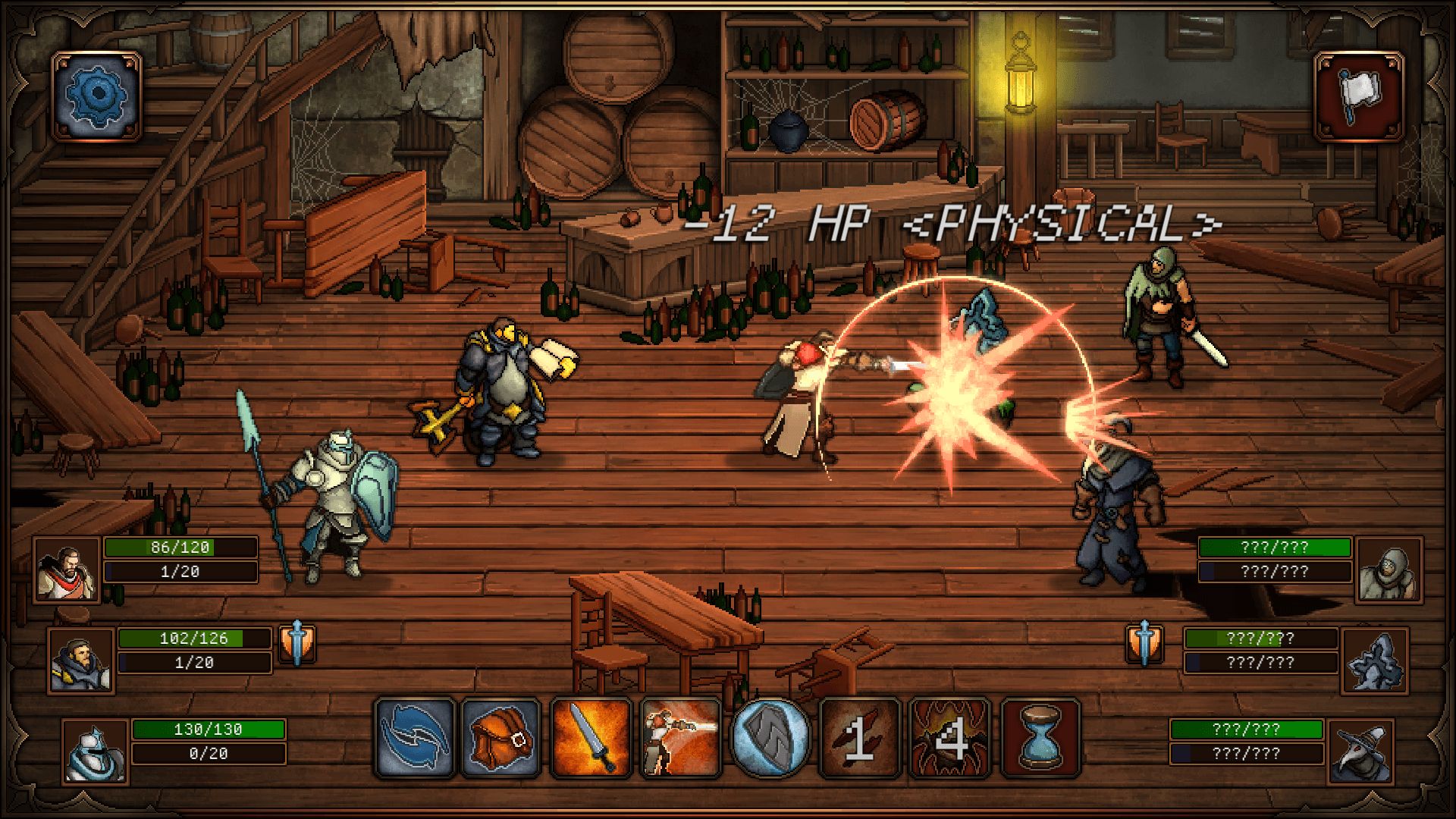 The characters to choose from are ten (of which five can be selected from the beginning), each with its special abilities, some useful in combat and others instead on the game map. Unlike other RPGs, in Sin Slayers the characters do not increase in level "grindando" experience, but using part of the loot, in the specific case knowledge crystals to access the most advanced tiers of their talent tree. Some tier levels have more options, but once unlocked, you can change the selected skills out of the fight, so that you can customize the party as needed.

In addition to skills, in the central hub of Sin Slayers, represented by a church, the only safe haven in the area, it is also possible to improve our equipment in order to increase the statistics of our characters. The equipment can be found or more easily crafted with the materials used during the exploration of the maps. Furthermore, once a piece is acquired, it is usually used as a basis for upgrades in the future and is not intended for resale once it becomes obsolete.

Sin Slayers it is a game without major innovations, but with a very solid combat system and a very interesting skill / equipment management system. Unfortunately the enemies are little characterized and even the story could certainly have been written in a more intriguing and complex way. Surely the characterizing element of the game is the dynamic difficulty dictated by the "Sin-O-Meter" which provides the title with a certain strategic depth. Interesting the choice of the developers to distribute the first chapter, as an extended demo, for free, with all the elements that we will find in the final title, in such a way as to entice the user to the final purchase.

Andrea Schietroma - May 29, 2020
Hideo Kojima has somehow silenced the rumors that had been chasing each other over the past few weeks that Death Stranding was ...
BusinessWire

Batman: The Telltale Series finally has a date

Halo: The Master Chief Collection - Microsoft reiterates that the version ...